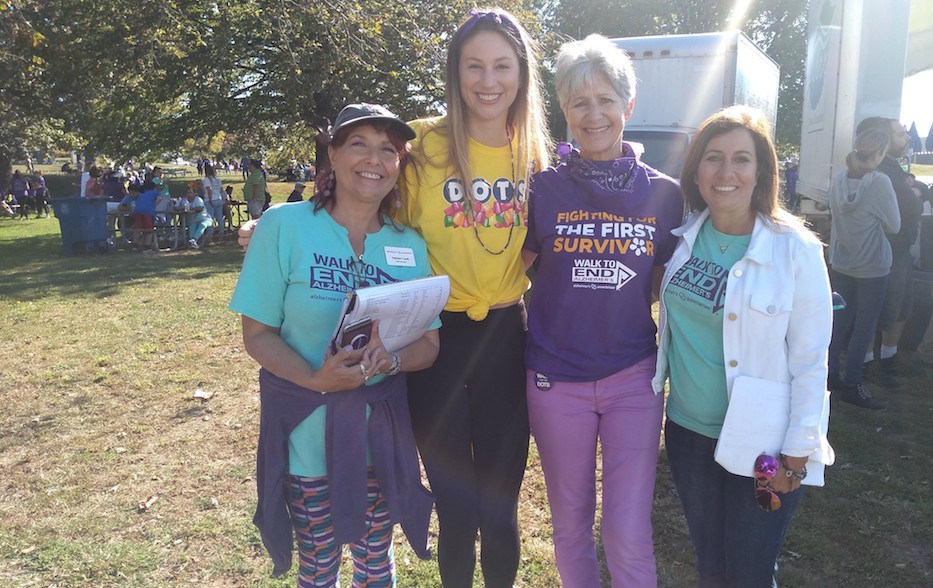 Kyley Reed felt helpless when her mother Dorothy Franco-Reed started experiencing symptoms of Early-onset Alzheimer's Disease five years ago. Now, both of them are walking so more families don’t have to experience that fear—or that fight—alone.

Sunday morning, Reed and her mom joined over 1,800 participants at the Walk to End Alzheimers—New Haven, a fundraiser for the Alzheimer’s Association held at Lighthouse Point Park. With a total of 257 teams participating, the event raised a total of $285,209, which is 75 percent of an overall $380,800 goal.

Walk Manager Denise Loeb and Executive Director Robin Sharp said that the funds will go directly to research into the causes, treatment and prevention of the disease. They noted that thousands of Americans don’t know how to recognize symptoms or seek support for Alzheimer's and dementia, which is why the association has a 24/7 hotline and offer information and data on its website.

“The biggest roadblock is getting people to know how to do it,” Loeb said. 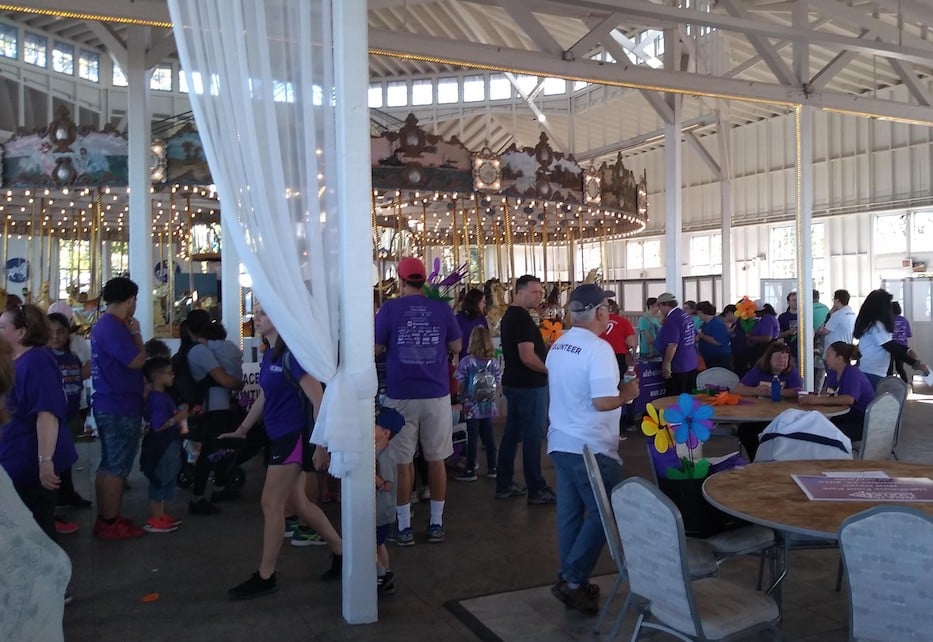 Part of spreading the message, Loeb added, is having participants tell their stories. Sunday, Reed became emotional as she recalled noticing the signs and symptoms of Early-onset Alzheimer’s in her mom, who was diagnosed at the age of 59 in 2018.

Beside her, Franco-Reed listened intently, describing her own experience with the disease. Despite a diagnosis last year, she is remaining active, determined to fight it for as long as she can. As a dedicated daughter, Reed is doing everything she can to slow the disease down.

“We didn’t ask for this disease,” Franco-Reed said.

Other walkers came out because they had lost family members and friends to Alzheimer’s. April Martindale, a participant in “Team Prunes,” lost her father to the disease. Now, she said, she walks to show support for other victims of the disease (the Alzheimer’s Association describes it as an epidemic), which impacts both patients and their families.

She added that she was touched by the level of community support at the event, which included a “Promise Flowers” section, two-mile course and welcome ceremony.

At the “Promise Flowers” stand, participants could pick out flowers with color-coded meanings: blue for a person diagnosed with Alzheimer’s or dementia, yellow for a caregiver, purple for a participant who has lost someone to Alzheimer’s, and orange for anyone who supports “seeing a world without Alzheimer’s.”

"The saddest thing to witness every year is seeing someone or a family pick up a purple flower for the first time," said a volunteer named Wendy.