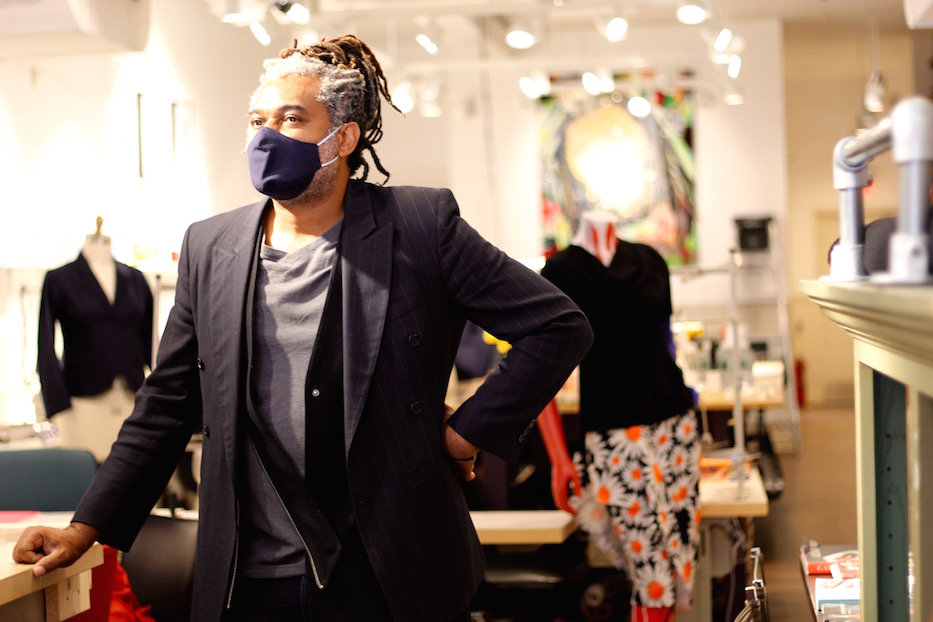 Wisdom: “It feels like climbing a mountain, getting to the top, having a chance to rest and looking around." Lucy Gellman Photos.


Neville Wisdom bounced among the racks of silk, cotton and jersey, pausing to examine a black-and-white striped collar and pink mannequin nearby. A beam of afternoon sunlight hit the exposed brick and made it glow. At the counter, a white orchid sat brightly beside a pane of plexiglass and stack of new cloth masks. Wisdom looked perfectly at home.

In the midst of a pandemic, the New Haven designer has consolidated shop locations and moved into a space on 27 Broadway Ave., a Yale Properties building that formerly housed the brick-and-mortar Barbour outpost and much-beloved Cutler’s Records before that. After several moves, Wisdom said the spot feels like what he’s been looking for years.

“We feel like we’ve been here forever,” he said. “It happened so fast. This was always my vision in terms of Neville Wisdom. I always wanted a studio that had total transparency, with clothes in the front and sewing machines in the back. The idea of bringing both stores together, especially in this time, could not have been more important.” 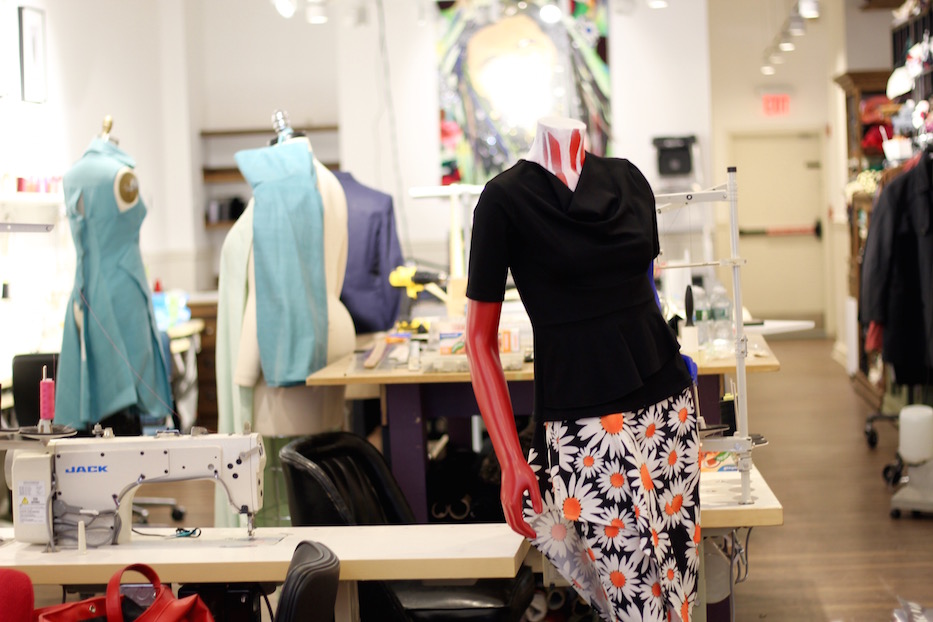 For Wisdom, it’s the latest chapter in a sartorial story that began between Jamaica and Westville, traveled to the Ninth Square, expanded in a two-story store and studio on Whalley Avenue, and then moved to a Chapel Street spot in 2018. Earlier this year, he pivoted his business entirely to making masks in the midst of COVID-19. He estimated that he and has made 10,000, most of which have sold, since mid-March.

But even before COVID-19, Wisdom was struggling with the reality of two stores. When he was at one, he said, finances at the other inevitably suffered. When his five-year lease in Westville ended this fall, he decided not to renew. When he approached Yale Properties with the need for more space, they offered the old Barbour location.

He said he was able to finance the move with revenue from mask sales, which picked up after a spot on Good Morning America and bulk orders for schools and the Department of Traffic, Transportation, & Parking. It makes him one of the only independent, locally owned businesses on the block: Broadway has in the last decade seen a transformation from mom-and-pop stores to big-box luxury retailers like J. Crew and Patagonia. 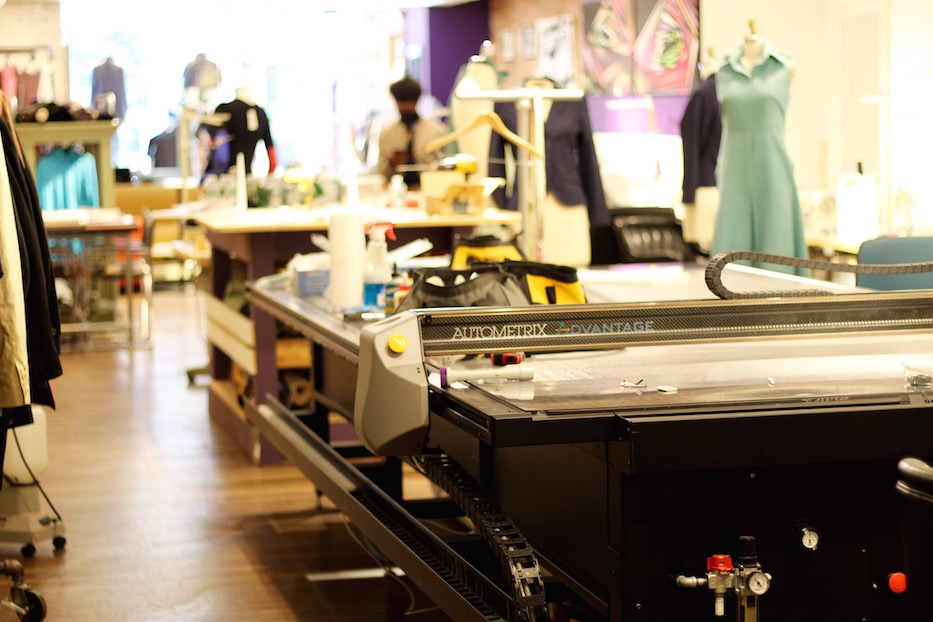 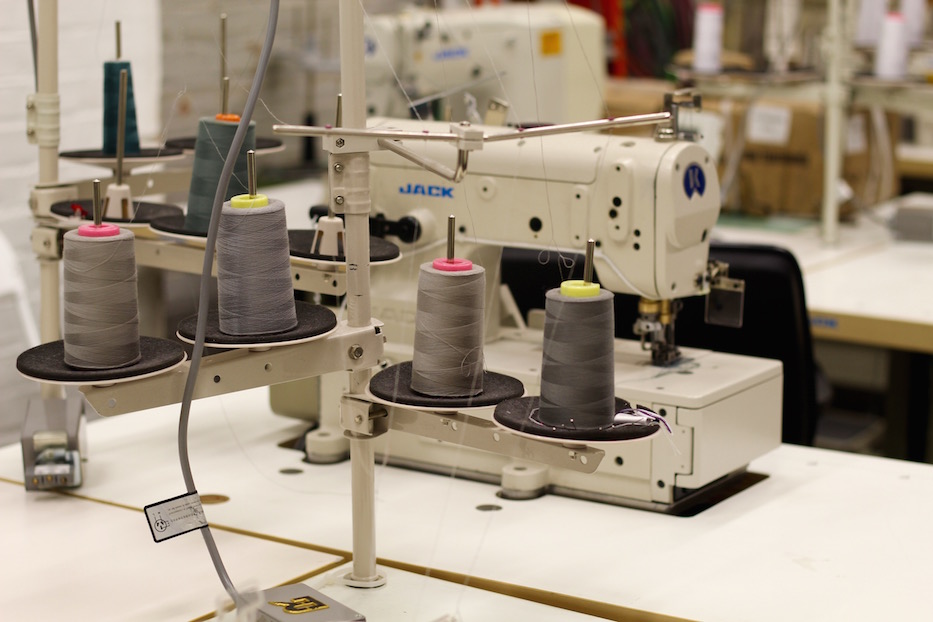 Wisdom said he sees the shop as an homage to his beginnings in New Haven over a decade years ago. The exposed brick and open studio space are a nod to his Orange Street store, which he left in fall 2017. Beyond racks of clothing, there are shelves of bright fabric samples  and tidy, compact white-and-blue sewing machines fitted with big spools of grey, pink and black thread. The high-tech cutting tools sit close to the dressing rooms.

Despite coronavirus, he said, it felt like the right time to move: he is ready to go back to design after seven months of mask making and a few private commissions and alterations for clients. While he plans to keep making masks—he’s done up to 150 per week—he acknowledged that business is still down without the regular sale of clothing that he does in most years.

He also has felt creatively stalled, as if the brand is on hold as the world waits to see what happens during the pandemic. He called the Broadway Avenue location part of “starting with this new normal,” which includes bottles of hand sanitizer, plexiglass partitions, and mask wearing at all times. 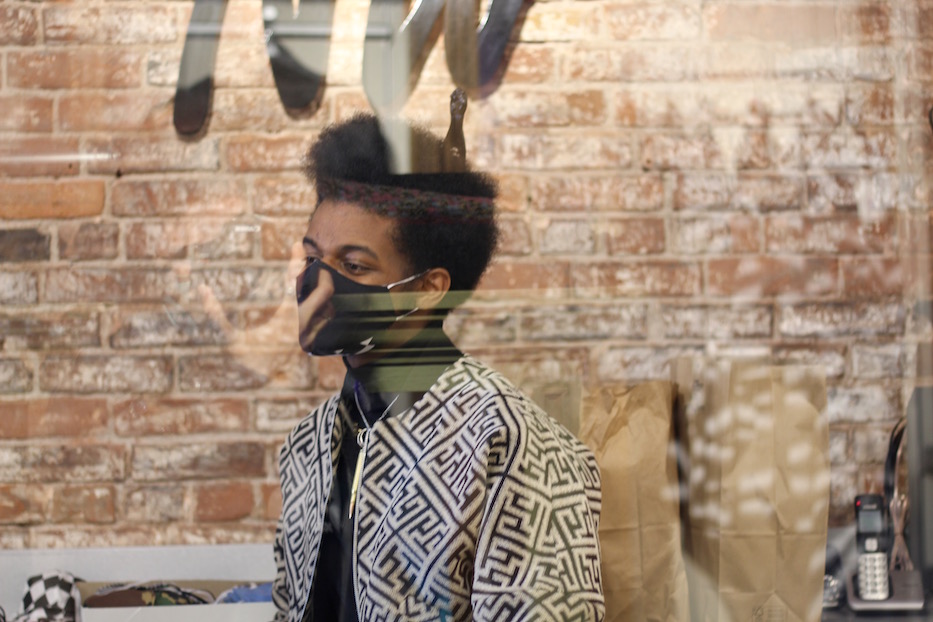 Moore, one of the designers that works with wisdom.

The move happened quickly, he added. Between September and October, he and designer Dwayne Moore spent a solid month ferrying clothes and equipment from the Westville and Chapel Street locations to Broadway. Wisdom is still waiting on a sign from artist Lou Cox, who may be best known for owning Channel 1 Skate Shop. He said he has already seen an increase in foot traffic, and is excited for the amount of parking on the street.

“It feels like climbing a mountain, getting to the top, having a chance to rest and looking around,” he said. “Then you decide where you want to go for the future. It’s Orange Street on steroids—kind of like the big sister or big brother of that store.”

At a soft opening on Friday afternoon, customer Simone Howe said she was excited to see the new location up and running. Howe first discovered Wisdom’s work almost a decade ago, when she worked in downtown New Haven and saw his Orange Street shop on a walk through the Ninth Square.

Simone Howe, wearing a sweater that Wisdom designed a few years ago.

After spotting a dress in the window that she wanted to try on, she has followed him from Orange Street to Whalley Avenue, and Whalley to Chapel. She chronicled purchases that included a striped top and knee-length blue dress that she wore to a wedding in Paris last year. One year later, she said, she has nowhere to wear new clothes—but still wants to see what Wisdom is churning out.

“I’ve been a fan of Neville for quite a while,” she said. She turned toward Wisdom. “I had two errands to do, but you were the most important.”