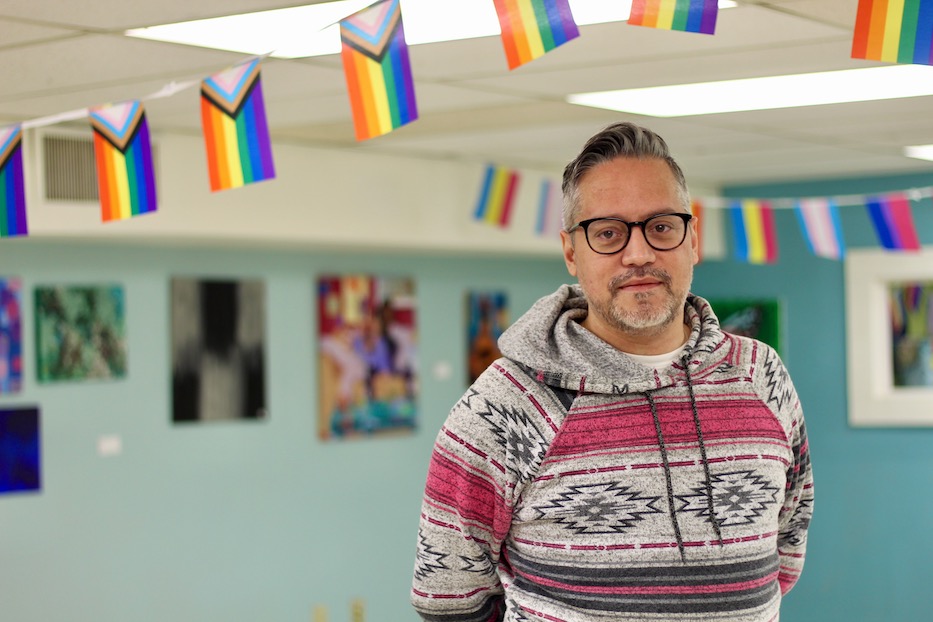 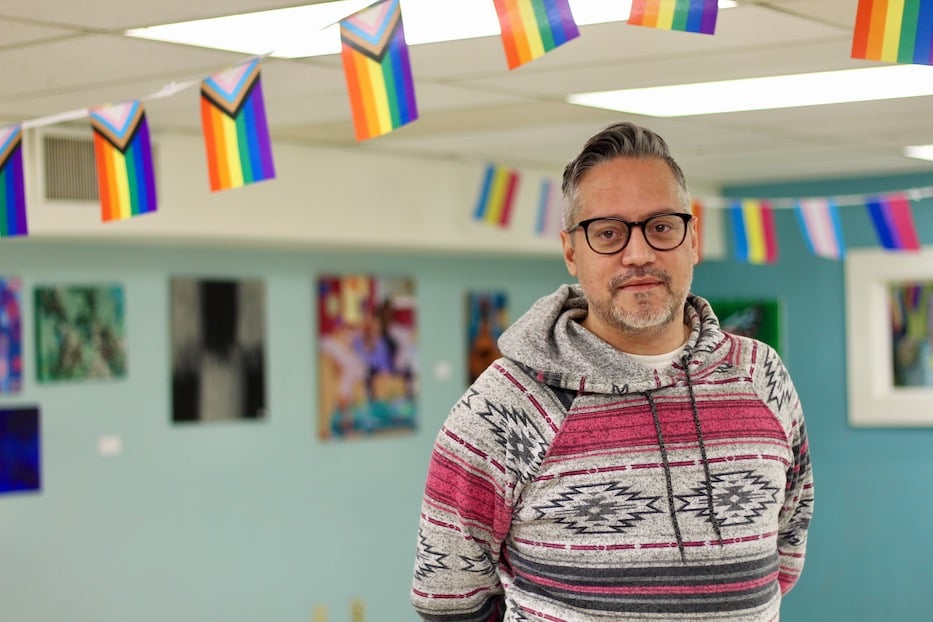 An anchor of New Haven’s LGBTQ+ community has furloughed eight of its nine staff members for the immediate future in a bid to stay financially afloat during a time of sustained uncertainty.

On Friday afternoon, the New Haven Pride Center (NHPC) announced that it is temporarily furloughing eight of its nine remaining staff members starting Jan. 23 because it is no longer able to make payroll. The center will be keeping on staff its interim executive director, Juancarlos Soto.

Board President Dolores Dégagé Hopkins and board members Hope Chávez and Nick Bussett told the Arts Paper that they hope the furlough of the rest of the staff members will last no longer than a month.

These furloughs come nearly three months after the Pride Center announced that it had lost its tax-exempt nonprofit status and terminated its former longtime executive director after failing to file multiple years’ worth of tax forms.

The furloughs also come as the center expects to receive $200,000 in American Rescue Plan Act (ARPA) funding through the Connecticut Department of Community and Economic Development (DECD). Those dollars have not yet arrived, though Soto and East Hartford State Rep. Jeff Currey confirmed for the Arts Paper that that money should be on its way imminently.

“I’m really proud of my staff,” Soto said Friday afternoon during an interview about the worker furloughs. “This is one of the most incredible groups of people that I’ve had the honor to work with. These are folks who are selfless, who are powerful, who are caring, who give everything they have. For me in this moment, it’s important that I honor the incredible group around me. They have been in the trenches with me.” 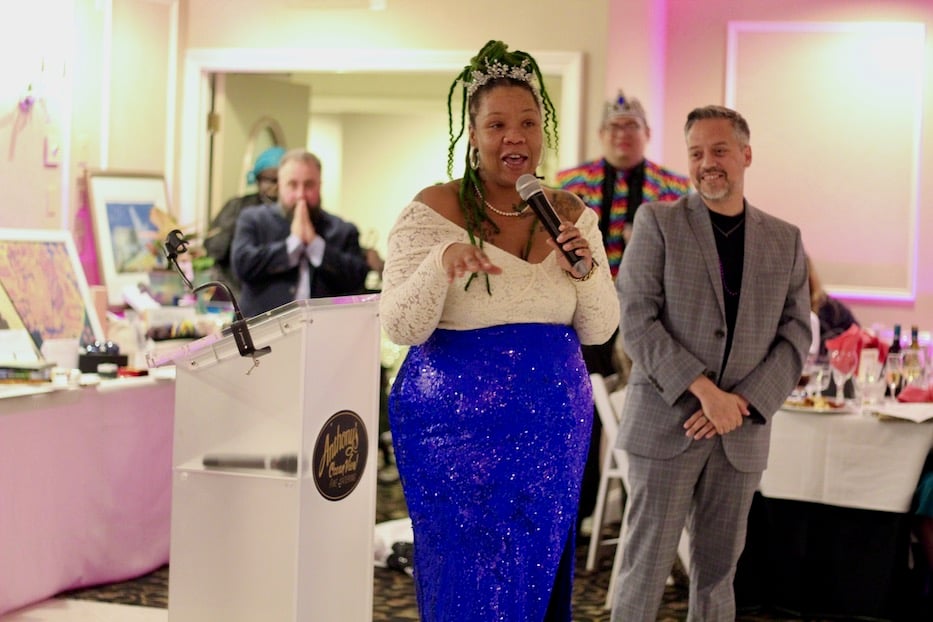 Center staff including Ala Ochumare at the NHPC's "Chocolate and Cheesecake" fundraiser in November.

That one remaining center employee is Soto, who will continue to oversee day-to-day operations such as the food pantry, clothing closet, and volunteer-led support and affinity groups. In a Zoom interview Friday morning, Chávez, Bussett and Hopkins said that they plan to work alongside Soto to keep the space running. All of them praised his leadership during this time.

“This isn’t necessarily a bad thing,” Boccadoro told the Arts Paper Friday afternoon, after staff had been notified of the decision. “I think we’ve all mentally prepared for this. There are plans for people to continue their work, we have support from everybody to go look elsewhere if we need to. This was all done with love and care for the staff.”

“It was necessary,” added another furloughed employee, Ta’LannaMonique Lawson-Dickerson. “Being in limbo is not good for me. I’d rather have certainty than flapping in the wind.”

As of Friday afternoon, Soto added that the Pride Center has officially filed a request with the Internal Revenue Service (IRS) for reinstatement of its 501(c)(3) nonprofit status.

“This was the only path forward to securing that there’s a job to come back to,” Hopkins said. “We’re not darkening the space. The door will remain open and the lights will stay on, and that’s the goal here, to get through to the next step. We’re so close.”

Over the past three months, since the board announced that the center had lost its nonprofit status and let go former Executive Director Patrick Dunn, the board brought on Marcum LLP to undertake a forensic audit of the organization’s finances. It also brought in a team from Stamford-based firm Finn Dixon & Herling LLP to provide legal advice. Both are still working on a pro-bono basis. Chávez said that board members Marcie Monaco and Chloe Lasky have also been working to “comb through” Quickbooks. 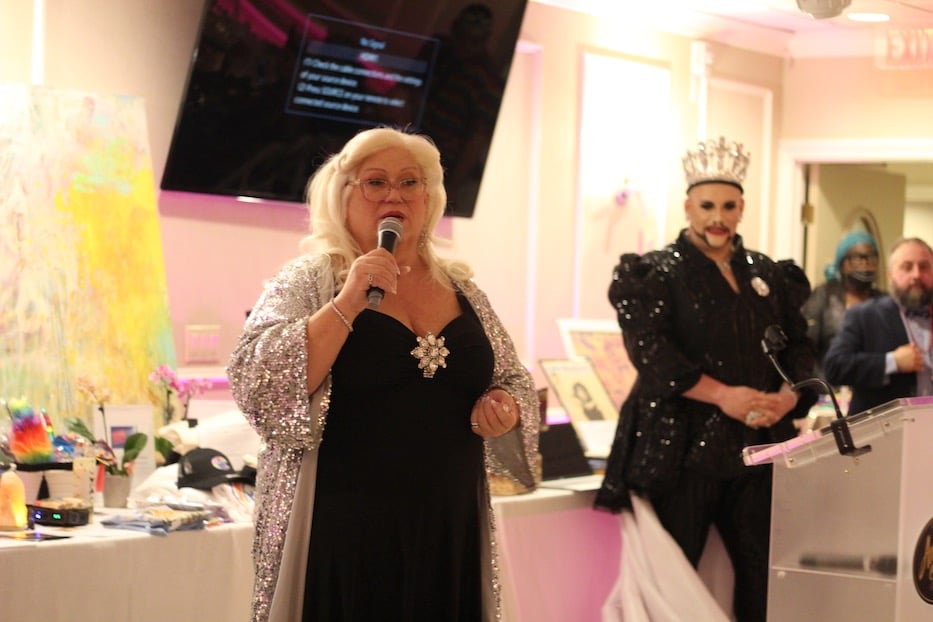 Dolores Dégagé Hopkins last November. “This was the only path forward to securing that there’s a job to come back to,” she said. Lucy Gellman File Photo.

Since the beginning of November, Chávez said, the board has also “formed several subcommittees that have been working on parallel tracks” to restore nonprofit status, avoid financial insolvency and draft a strategic plan. With fellow board members, Chávez said that she is asking questions around what the budget, staff size, and mission of the organization should be moving forward.

“The objectives that we’ve outlined are really about finances and programming,” she said. “So the financial component of balancing our payroll against revenue. We’re working on, what are the programs and services that we can offer within the next few months to a year that feel sustainable within the skills and interests of the staff and the community?”

At the time of Dunn’s termination in November, the center had a staff of 12. It now has a staff of nine (and as of next Monday, a temporary staff of one). When pressed on how long it took the board to learn about the 990s—the IRS does ask if a board reviewed the forms—Chávez  said that the board “had a lot of trust” in the organization's previous leadership, and was under the impression that necessary paperwork for taxes, institutional partnerships, and grants was all submitted properly and on time.

A call with BryteBridge last year revealed that “where we thought things were already in process were not in process,” Chávez said. “That was the moment when we got in the weeds of it—the finances, the tax things, etc.”

“We don’t have information and answers on that yet, but those processes are underway,” she added. “I expect it will take a couple of more months until we know what those findings are.”

During that time, board members said, they and center staff also saw organizations and community members come forward to support them. A donor who has asked to remain anonymous came forward with a $50,000 interest-free loan. The Community Foundation for Greater New Haven gave the Center $30,000 in emergency support. Another $3,000 came from community members during an annual end-of-year appeal.

Soto also praised the Triangle Community Center (TCC), Junta for Progressive Action, and Fair Haven Community Health Care, which have helped to keep the Pride Center’s food pantry stocked and helped bring in coats, hats and mittens for the clothing closet. He and staff have worked to ensure that affinity and support groups and the center’s youth internship program continue without interruption.

“We have really worked on trying to disrupt the least amount of [programs] possible during that time because we wanted to make sure that we were showing up and affirming to the community that we were working really hard,” Soto said. “That we are working really hard to make sure that we’re here for the next 25 years. And I believe that we can do that.”

But this month, Hopkins said, the board recognized that it would not be able to make payroll—roughly $20,000 to $22,000 every two weeks—into February. While the Center has signed a contract for $200,000 with the CT DECD, it sometimes takes that funding weeks to come through. Both she and Bussett began to cry while discussing the board vote to furlough staff, which was ultimately unanimous and passed Thursday evening.

“We have fought really hard to not furlough the staff,” Hopkins said. “From day one there was pressure, and I took a lot of heat, to furlough immediately. And our goal was, ‘No, this should not affect our staff. We need our staff to do what they’re doing for the community.’ So I think all of us have put sleepless nights into how to figure this out.”

“I want to stress that people are absolutely entitled to their feelings through this process,” Chávez said. “All of the things that the Center provides, I don’t take that lightly. The Board does not take that lightly. And—this is where I sort of implore and invite the community around us to keep showing up in the way they’ve been showing up.”

She encouraged supporters of the center to reach out, especially if they are able to hire the center’s furloughed employees for freelance work or have the capacity to volunteer for support and affinity groups that the center hopes to continue. She added that a potential fiscal sponsor has stepped forward, should the IRS take a long time to reinstate the center’s nonprofit status. She could not share that fiscal sponsor on the record at this time.

“This is where we have to trust that as painful as this is, that people are gonna continue buoying  us, so that the ship can keep afloat and keep moving forward,” she said.

Reached Friday morning by phone, Currey said he is glad that a chunk of ARPA funding is headed toward the center. He stressed that the work of the center is “literally saving people,” including those who are often already extremely vulnerable.

“The New Haven Pride Center is an essential organization in that part of our state,” he said. “I think that [the news] came as a shock to all of us when it came in November, but their board of directors and leadership is working to get that back on track to provide the essential programs and services.”

“Phoenixes Rise From The Ashes”

Friday afternoon, several staff members at the center said that they were not completely surprised to receive the news of the furloughs. Since November, many of them have recognized that the center is in a financially precarious spot; three former employees have resigned.

Laura Boccadoro, who began at the center as an intern in summer 2019, called the furloughs “the best possible outcome with what was thrown at us.” She described months of feeling mentally stretched, during which she and colleagues were uncertain of whether their jobs would exist from one payroll cycle to the next. For the first time in three months, she has certainty, she said. She expects to return, she added.

“You know, phoenixes rise from the ashes, and I’m happy even if it ends up just being you and me again,” she added to Soto with a smile, starting to cry as she described the care he has shown to employees during his leadership. “I’m happy to rebuild this place. This place is home to me. It’s my whole heart. It’s where I found myself.”

Ta’LannaMonique Lawson-Dickerson, who came onboard in August of last year, wiped tears from her face as she described her dedication to her work—and the fact that she does not expect it to end anytime soon. As a single mom raising two kids, she said that the timing of the furloughs is difficult—she has been hoping to buy a home that will move her family out of Newhallville, which has been subject to so much violence that her kids don’t play outside anymore.

Back in his office, Soto chatted with Boccadoro and Freddie Swindal, who resigned from their position as manager of support services earlier this month. When Swindal moved here a year and a half ago, they said, they felt very isolated. The Center changed that. Monday, they will begin a new position at Fair Haven Community Health Care.

“This job has brought me the best friends,” they said. “Not only in New Haven, but on earth.”

“We are a group of resourceful and relentless folks, and ready to be the New Haven Pride Center comeback kids,” Soto chimed in.

“I implore people to remember that the folks in these walls, that work in this building, are people too,” he had said earlier in the day. “They are trying their best to navigate a difficult situation, to show up for themselves, for their families, our community while maintaining a commitment that we hold sacred to keep the doors to the Center open. We signed up for this work knowing that in good times this was not gonna be easy work.”