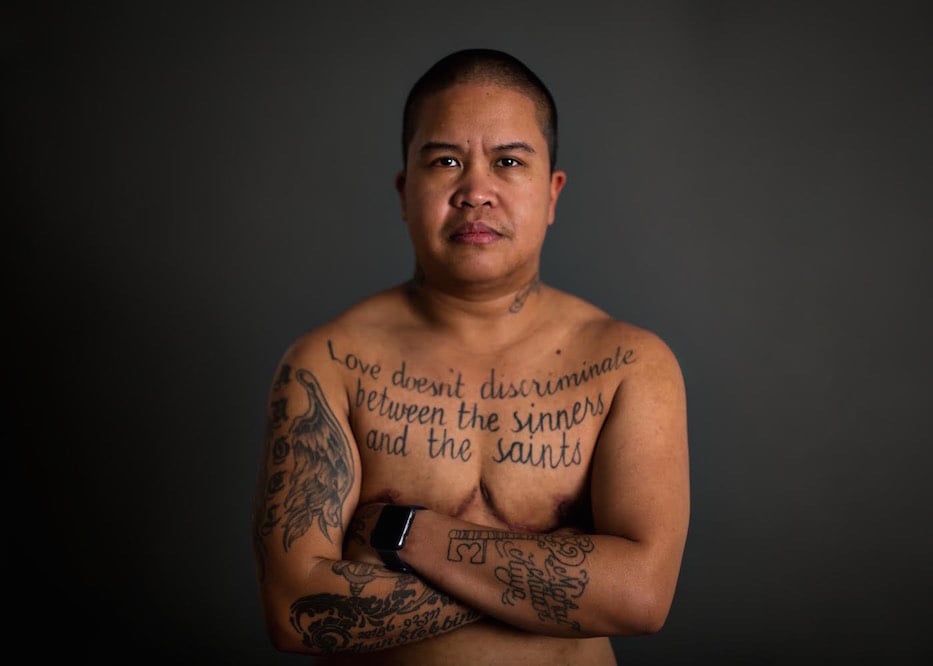 Taylor Cote looks right into the camera, his eyes shining. His shoulders are relaxed beneath his collarbone, rounded forward just slightly. Words unravel across his chest in inky, black cursive: Love doesn’t discriminate/Between the sinners and the saints. His brow is furrowed, focused but not angry. It’s an invitation: to see him exactly as he is.

Cote is the first person photographed in The Visibility Collection, a collaboration between Newington-based photographer Beth Read and transgender people telling their stories across Connecticut. After it began in November, it has started to gain momentum through social media and word of mouth. Read offers the sessions for free from her studio in Newington. She is taking submissions through her website.

"It's so freeing," Cote said in a recent Zoom call. "It's a way to show the world, this is it. And if you don't like it, then go somewhere else. This isn't changing. To have this in picture form is to say, holy crap, look where I started."

The collection grew out of a longtime friendship and encounter on social media. Cote, who has known Read since high school, posted on Facebook about his top surgery last fall. Read offered to document the transition on his terms. She wasn’t interested in charging, she said—she knows firsthand that professional photographs can be cost prohibitive. Because of the pandemic, she shoots masked in a large space, and opens the doors and windows when the weather isn’t freezing. 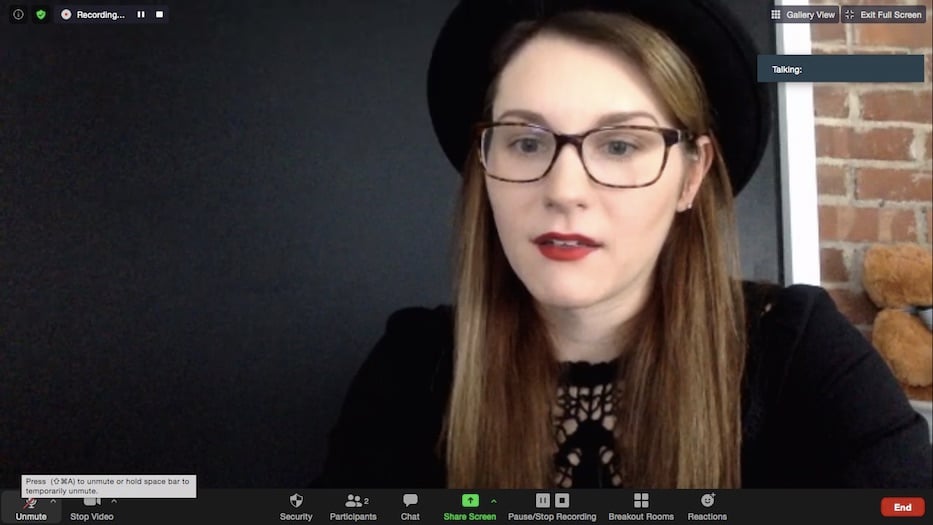 For Cote, a veteran and member of the First Company Governor's Foot Guard, the photographs mark a specific moment in time that he wants to remember. For the first three decades of his life, “I always knew” he wasn’t comfortable in his body—but no one explained what being trans was. When he was 31, he met someone who identified as nonbinary. For a while, “I thought, maybe that's what I am,” he said. Then they introduced him to a friend who had just had top surgery. The two started talking about his transition.

"He was like, 'are you sure you're not trans?'" Cote recalled. "Trans to me was something that no one really talked about. It was an aha moment."

He started hormone therapy two years ago. His voice dropped. He noticed physical changes almost immediately. But he still had to wear a binder, which was uncomfortable and arduous in his personal life and his work in a metal shop. When he began considering top surgery—a procedure that can end body dysphoria, but is often not covered by medical insurance—his partner urged him to go for it. As soon as the surgery was over, Cote said he felt as if a weight had been lifted.

“Even with the bandages and the drains and everything, I had my shirt off all the time,” he said. “I didn’t have to feel like I couldn’t change. I feel like myself. I got my name changed, and that was awesome. It's who I was always supposed to be. I had this surgery at 33, and it’s such a gift.”

When Read reached out, Cote hesitated at first—he’d never sat for professional photographs. Then he thought about the fact that trans visibility is in a wildly different place than it was 30 years ago, when he was growing up. He asked her to photograph him when his scars were still visible.

“This era that we live in is so nuts, and it's so crazy in its own right, and there's a silver lining,” he said. “There are trans celebrities, and politicians, and teens that are coming out. Like, what? If I was going through my 30s in the 1990s, I would have to go into a basement and have someone take a polaroid and hang it up where no one could see.” 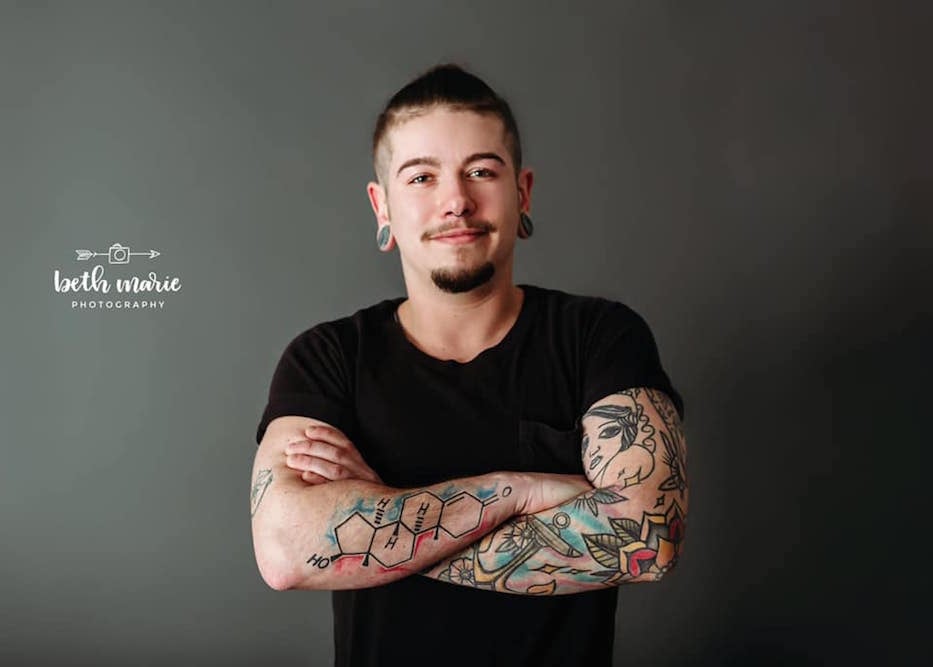 Mace Hedrick, a New Havener who is part of the collection. Photo Courtesy of Beth Read/Beth Marie Photography.

He praised Read for making him feel comfortable during the session, which went from small talk between old friends to suggestions on how to hold his arms during the photos. After Cote posted them on Facebook, his cousin asked if Read would be willing to repeat the project for him. Then another friend asked. Then another. The collection grew from there.

"People like her, and people who do these types of things, are such a gift," Cote said. "It makes me and any other trans person feel less alone. To have one person reach out a hand and say, this is a gift I want to give to you, that's huge."

Read, who is not trans, said that she sees it as a small, meaningful gesture she can do with the tools at her disposal. After work as an actress and a filmmaker, she turned to photography in 2014 because the hours were easier to swing as a parent. The film industry is not made for moms, she said, recalling a late-night call asking her to be on the job at five the next morning.

In some ways, the spark for the collection has lived in her for a long time. The artist grew up in "a very, very conservative atmosphere" in Bristol, Conn. As a kid, she struggled with much of the anti-LGBTQ rhetoric she heard in church; she was later kicked out of a Christian college for clashing belief systems. Only decades later, with a family of her own, was she able to find a church that preached universal acceptance.

"I lived most of my younger years keeping that in, and not living my true existence as well," she said. "And it's not that I've had a change of heart in my older years. It's that I'm really not caring what people think anymore, especially the conservative Christian community that doesn't approve."

As a straight ally—or maybe more of an accomplice—she also sees it as a chance to use her visual platform to push back against transphobia. It is, she has discovered, everywhere: in state legislatures, workplaces and medical offices, on Facebook profile pages and behind pulpits. She still reminds herself not to get in fights on social media when she sees a comment around a proposed bathroom ban.

"I want them [conservative Christians] to see that it's a normal thing,” she said. “And anything I can do to make this path, this life, a little bit easier, I'm going to do." 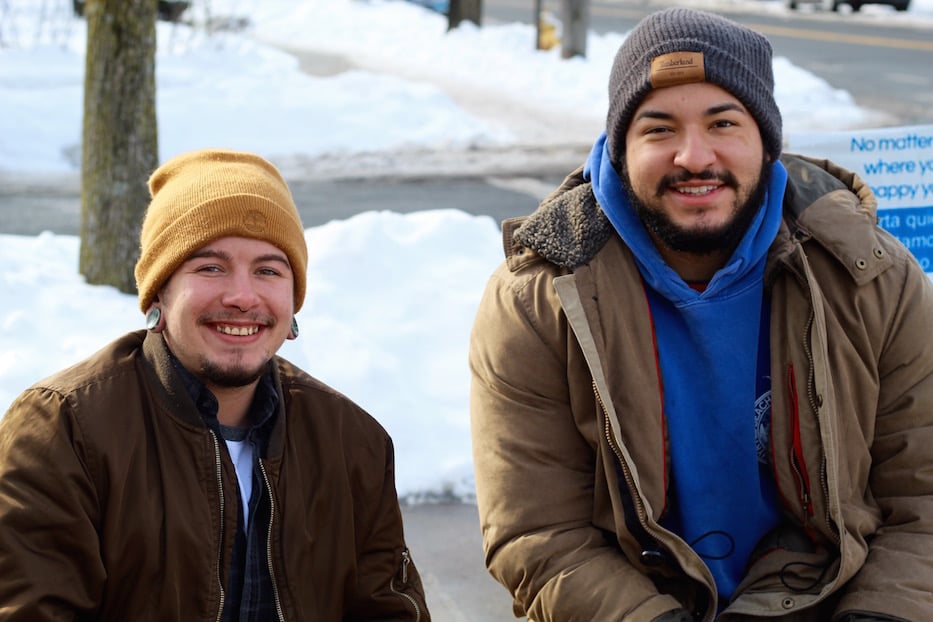 Mace Hedrick and Darien Dunham during an interview outside East Rock Coffee. Both wore masks when they weren't being photographed. Lucy Gellman Photo.

New Haveners Mace Hedrick and Darien Dunham posed for collection earlier this year. Both said they see portraits as a way to empower other trans people, particularly youth. In the  images, both lock eyes with the viewer. Hedrick teases at a smile. Dunham pulls a hand to his temple. They look relaxed, totally at ease before the click of Read's shutter.

"We're always looking to bring some sort of light or education to trans people," Hedrick said in a recent interview outside East Rock Coffee. "So it was obviously a project that we were going to jump on."

Dunham came out as trans in 2015, and started hormone therapy the following year. Hedrick came out in 2016, then ran up against hurdles when the U.S. Department of Veterans Affairs would not provide testosterone under Trump-era policies. After five years years of navigating labyrinthine policies, anti-trans federal mandates and different medical providers, he is receiving top surgery this month.

Both called the photos part of a larger, necessary and ongoing discussion around trans visibility. Three years ago, Dunham started to open up to people about being a trans man while he and Hedrick were hiking on the Appalachian Trail. At the time, he said, he thought of it as an opportunity to talk about his experience with hikers he would likely never see again. In reality, the two stay in touch with about 90 percent of the people they met during that trip.

"Nobody really questions me, because I pass very well," Dunham said. "And I definitely thought that I shouldn't be invisible ... that I should use the fact that I do have a voice and I want to share my story to spread awareness. To just be a support for other trans people too."

After he and Hedrick returned to Connecticut, the two had booths at New London Pride focusing on teaching tools for LGBTQ+ youth. Hedrick got the access to the medical care that he needed. Meanwhile, Dunham’s interest in visibility and trans rights propelled him into nursing school.

"There's such a small portion of medical services that are safe and comfortable for trans people," he said. "A lot of people are scared to go into a medical office out of fear of being misgendered, or fear of being called by their deadname. They'll shy away from healthcare."

Hedrick said he worries constantly about trans young people, particularly young trans men, who feel isolated or alone. When he receives medical care, he still gets deadnamed “all the time.” He’s found that nurses and doctors “feel free to ask questions that you would never ask a cis person,” he said. For him, the collection—and his own choice to be vocal—is a chance to counter that behavior as it happens.

“Everything we do is going to make it so much easier for the next generation, just like the generation before us," he said. "And it's just something that we have to keep doing. I think it's our responsibility. Not that we asked for that responsibility. But somebody's gotta do it. We need to do everything we can to make those kids that are going to come out feel seen, and heard, and welcome.”