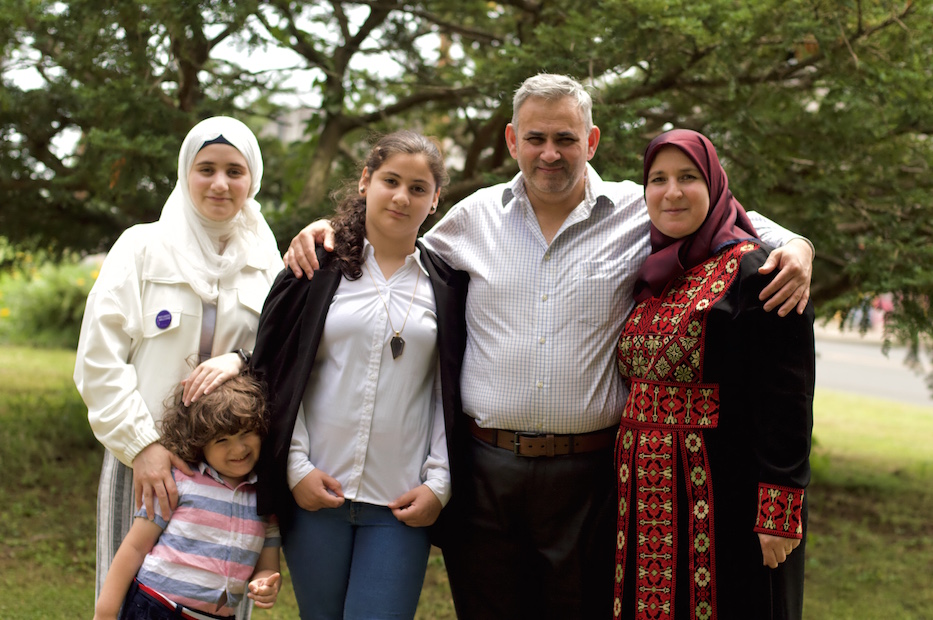 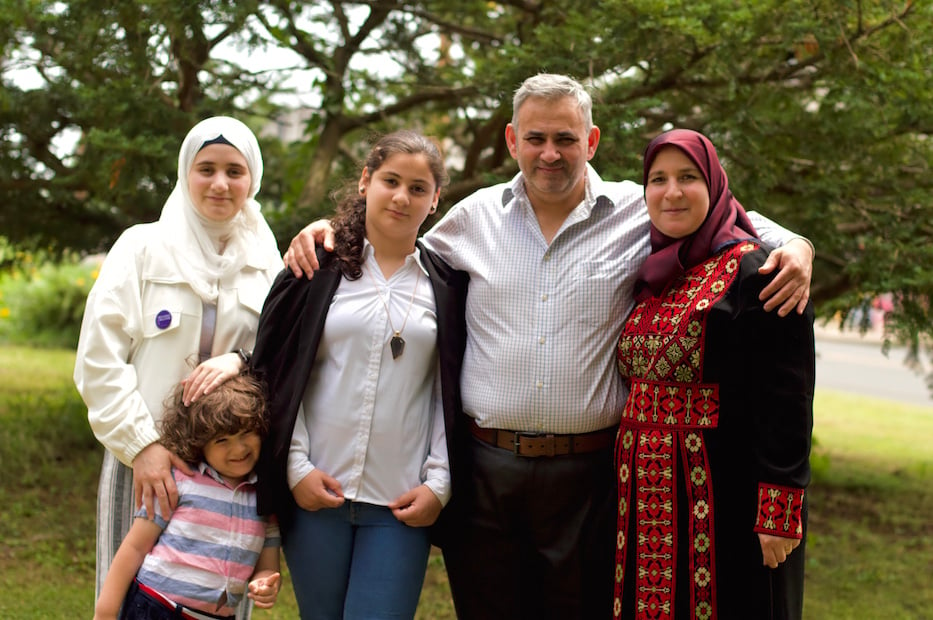 Abir Yousef and her family arrived in the United States from Daara, Syria five years ago. Last Saturday, she stood in front of 100 people and told the story of her journey to becoming an American—in a language that was completely foreign to her when she arrived.

“We had a new homeland. A new language. And a new life,” she said. While they faced their challenges, “God always sent a helping hand.”

“It was IRIS,” Yousef continued, and the crowd hollered.

Yousef was one of four storytellers and three poets to take the stage at the Whitneyville Cultural Commons, where Integrated Refugee & Immigrant Services (IRIS) and Sanctuary Kitchen co-sponsored a poetry slam and storytelling event in honor of World Refugee Day.

Storytellers included Fatema Alhelo, Abir Yousef, and Azhar Ahmed, and poets Tasneem Musa, Malak Al Saadi, Divine Mahoundi, and Lameese Dagoum. In a conversation with Malik after Saturday’s performance, she said many of the speakers did not know English when they first moved to New Haven.

“Now, five years later, they are up and performing in English,” she said.

In its first live event since the pandemic, IRIS welcomed four students from the IRIS After-School program to present their poetry on Saturday’s stage. In the after-school program, students practice music, art, writing, and performance. 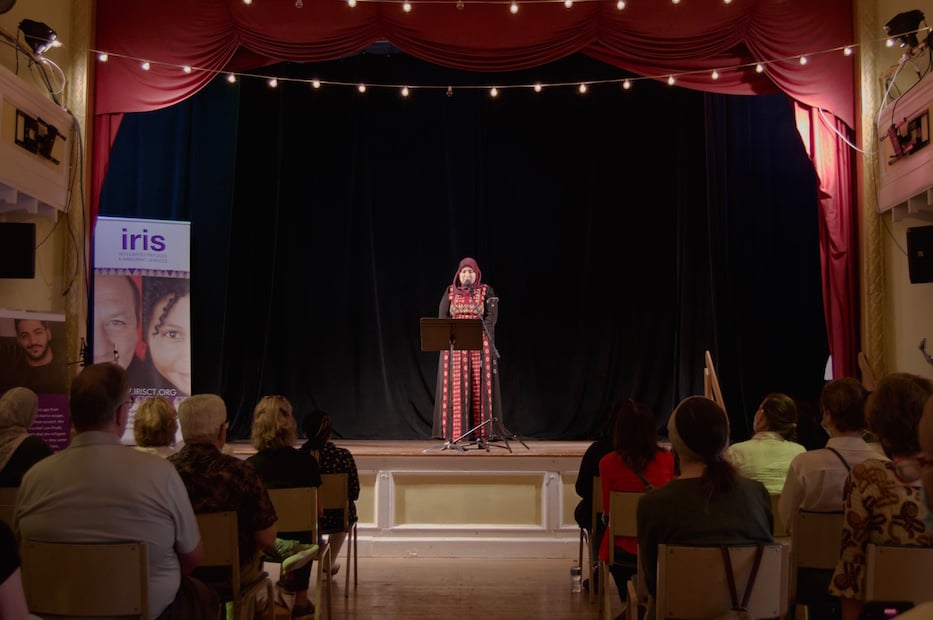 One poet, 13-year-old Tasneem Musa, recited an essay called “What are you dreaming for?” She wrote the essay to celebrate the life and work of Dr. Martin Luther King Jr.

She described living as a young girl in Syria and traveling on foot to Jordan when she was four years old. “When I got [to Jordan],” said Musa, “I felt like I was saved.”

Throughout her life, Musa has held fast to dreams. “I dream of a peaceful, comfortable, and safe world,” she said.

Musa previously wrote the essay for a school contest and won.

“She worked with the after school program to do that,” said Zeenie Malik, community engagement and events specialist at IRIS. 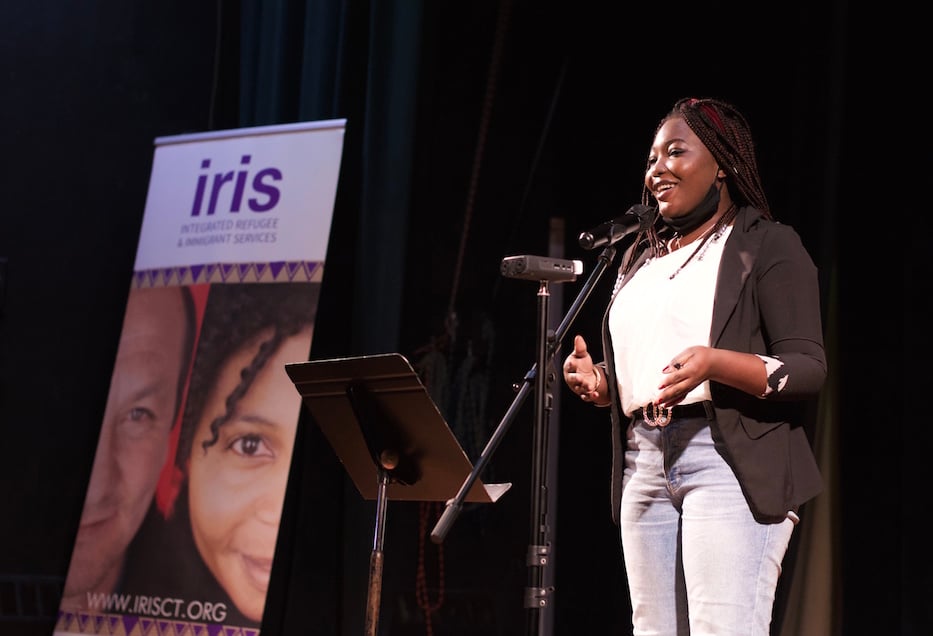 In her essay, Musa spoke of perseverance. Over the past year, “I have learned to look and speak for myself,” she said. “This world is full of hard times, but the person who gets through them is the one who can gain strength from them.”

She concluded her performance by encouraging love.

“We need to open our kind hearts, hold each other’s hands, and support each other, so we can make this dream, or any dream, possible,” said Musa, as the audience’s applause began roaring.

Other poets included 11-year-old Al Saadi, who emigrated from Iraq; Mahoundi, from Congo-Brazzaville; and 13-year-old Lameese Dagoum, from the Nuba Mountains in Sudan. 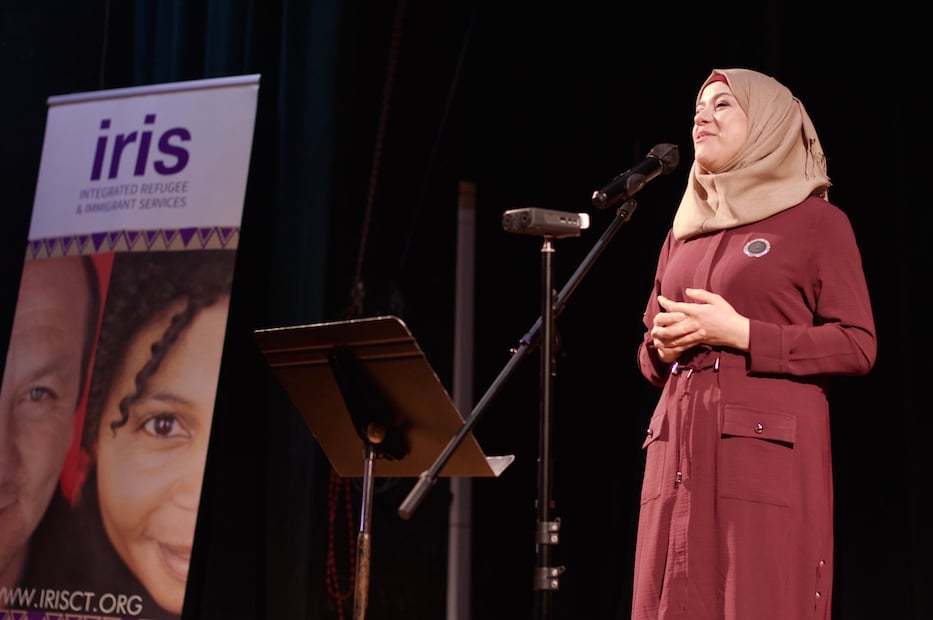 Alhelo has worked with Sanctuary Kitchen since it was founded in 2017. Last month, she became an American citizen.

In her story, she spoke of arriving in the United States, waiting five years to become a citizen, and cultivating an American identity.

When Alhelo received a notice for her naturalization interview within one month of applying for citizenship, she asked herself, “Should I laugh or cry?”

In one more month, she passed the interview. “It was so easy,” she said.

“Having citizenship is going to make me stronger in this country,” said Alhelo. “The United States is my country, and no one can tell me to leave.”