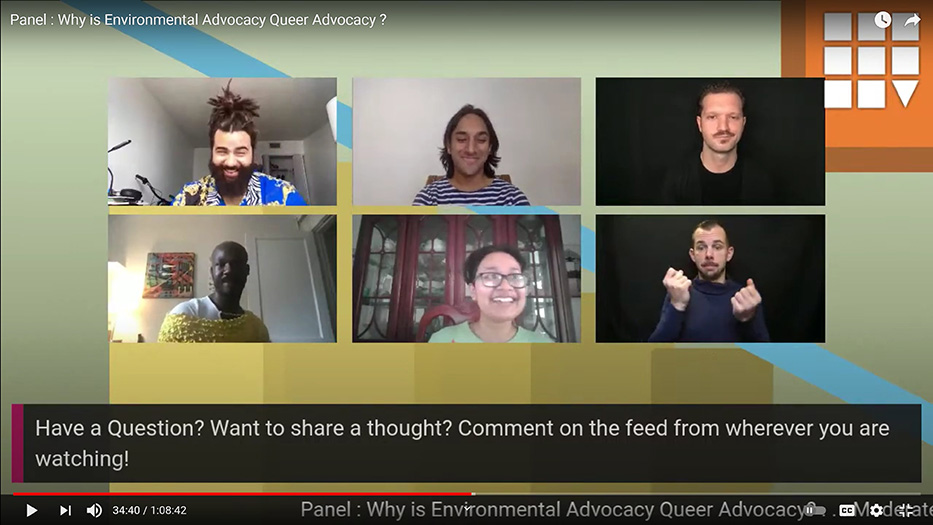 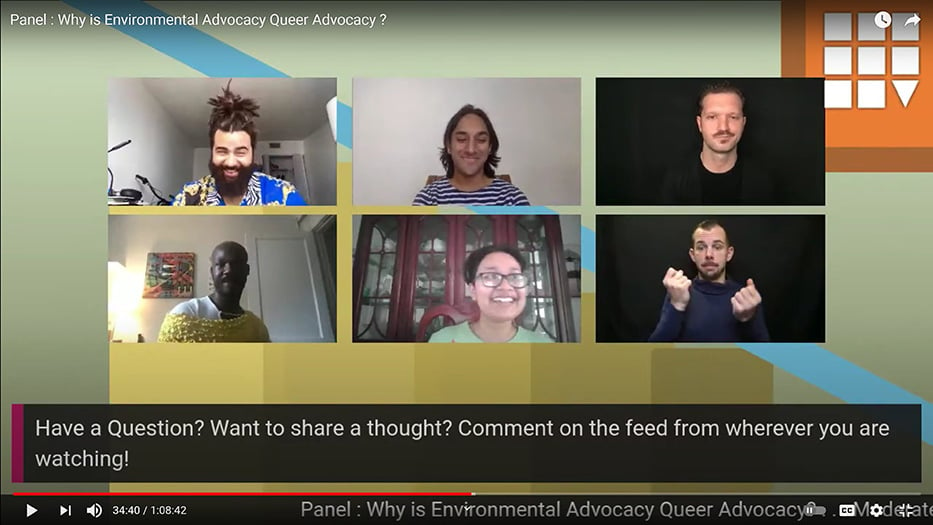 What if a tsunami could talk and explain itself to the people it hurt? Or if the environmental conditions poisoning communities of color could be drastically changed?

All come to environmental activism from different angles. Wilkerson is an artist and founder of Tnmot Aztro, a dance company that began in Hartford and is now based in Philadelphia. Hudson is a candidate at Yale Law School and a recent master's graduate of the Yale School of the Environment. Jhaveri is a policy intern at the Environmental and Energy Study Institute and Huq founded the Youth Action Team within the New Haven Climate Movement.

They all arrived at the same conclusion: that the struggles for queer liberation and climate justice are the one and the same, and that there is a need for queer leadership in environmental advocacy to ensure a more inclusive and equitable future.

The discussion took place as President Joe Biden took sweeping action to protect the environment and undo some of the damage of the Trump Administration. Wednesday, Biden signed an executive order that will set new standards for reducing carbon emissions, halt new oil and gas leasing on public lands and offshore waters, and form a National Climate Task Force among other items. Last week, the United States also rejoined the Paris Agreement, from which the Trump Administration withdrew in June 2017.

The early conservation movement has eugenic origins, said Hudson. Theodore Roosevelt, a well-known conservationist president responsible for creating more than 150 national parks, praised the works of eugenicist Grant Madison. Roosevelt believed that national parks allowed aristocratic men an escape from their cosmopolitan life. He believed they could retain their masculinity by interacting with the great outdoors.

With its exclusionary origins, Hudson said, the conservation movement has remained dominated by white, cisgender, heterosexual males. It has intentionally excluded queer people and people of color, including Indigenous people from whom the land was taken by force. The legacy of racism and queerphobia extends beyond national parks to other environmental areas, such as natural disaster relief funds or contaminated soil and drinking water.

Huq explored the  intersection between queer advocacy  and environmental advocacy through the lens of housing and poverty. LGBTQ people are more likely to live in poverty and homelessness when compared to the national demographic, they said. Without stable housing, they are more likely to be exposed to harsh environments, including pollution or natural disasters.

They also explained that queer and trans people are often left out of relief funding programs or receive them at a delayed rate when compared to their heterosexual peers. Organizations and government entities that distribute relief funds often prioritize heterosexual family households or units. It leads to a practice of bias against LGBTQ+ people, as well as people of color, single parents and soon-to-be parents, and those facing financial and housing insecurity.

Wilkerson highlighted their own experience of having to regularly transfer schools because the caulk used in the walls and pipes was found to have had toxic levels of the carcinogen chemical Polychlorinated biphenyls (PCB). They brought some of that story to their performance Equators in 2018, performed at the University of Hartford.

“There is real toxicity in our daily lives,” they said. “We have to think about these structures for the future.”

Even if queer and trans people are provided relief, they may still be subject to harassment or discrimination, said Huq. For example, a trans person may be denied entry to a shelter because their name does not match their government ID. This kind of discrimination can force trans and gender nonbinary people to stay a shelter that may not align with their gender, if they are granted access at all.

The next step for queer advocates is to take advantage of Biden’s current push for environmental equity, said Jhaveri. They gave the president's reinstatement of the Environmental Protection Agency (EPA) as an example.

“I think there is a lot to lose if queer communities don’t have a seat and significance at the table,” they said. “There is a lot to say about how momentous it is that grassroots movements have percolated to the national level.”

Before the panel closed, Hudson addressed the common rhetoric of preserving the planet for fertile heterosexual couples and their offspring. He suggested reorienting it to the current people on the planet who are already marginalized under the system.

To find more talks at the New Haven Pride Center, visit their website. To watch the entire discussion, click on the video above.