Qigong Welcomes The Year Of The Water Tiger 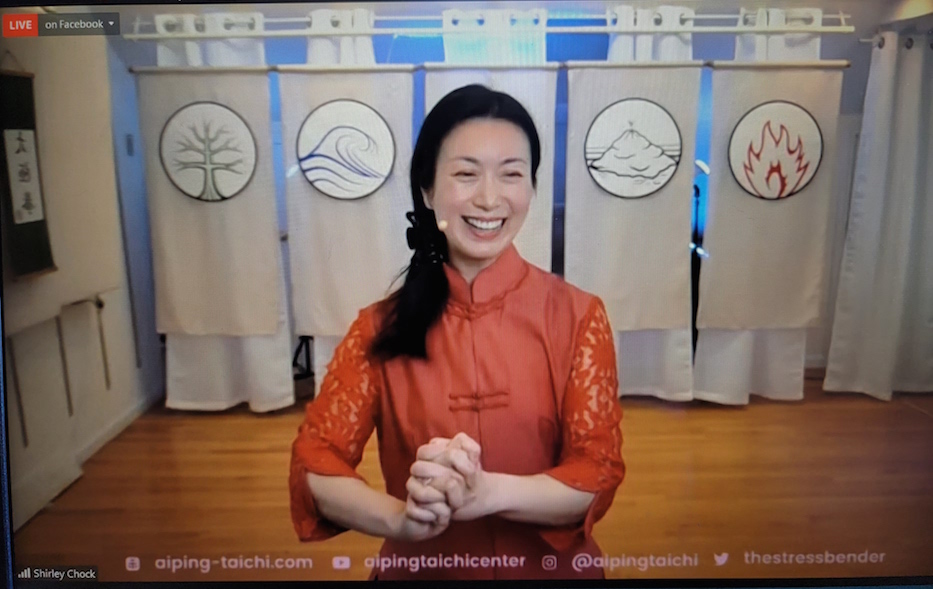 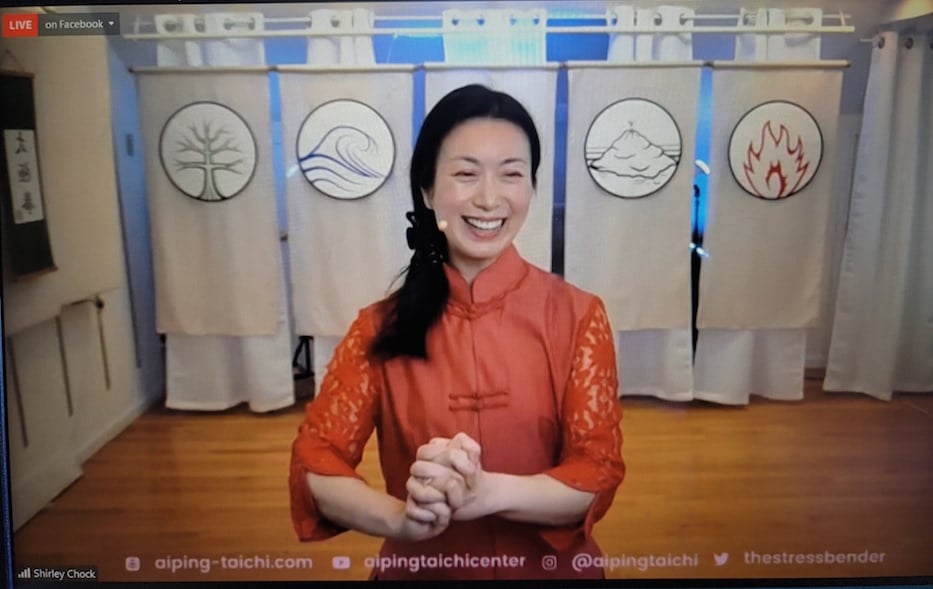 Shifu Shirley Chock placed her hands gently in front of her and turned them into a tiger's paws. She instructed attendees to raise their hands until they reached above their heads. Then, with paws raised in the air, they clenched their hands into fists and slowly started to lean back from the waist.

Saturday afternoon, “Tiger Raising Its Paws” (虎举) was the first animal "frolic" to pay homage to this year’s Lunar New Year animal, the Water Tiger. In a virtual demonstration from the Aiping Tai Chi Center and New Haven Museum, Chock introduced attendees to Five Elements Theory before guiding them through Tiger Qigong meant specifically for the new year. She first founded the center, which she still runs in Woodbridge, in 1996.

Beaming at attendees through the screen, Chock began the event with a detailed explanation of the Five Elements Theory, which she compared to “Avatar: The Last Airbender.” If attendees watched the television series, she said, they might already be familiar with the elements of fire, earth, and water.  But the five elements in Chinese medicine are different, because air is not included.

Its closest analogue is called Qi, which is not an element but an omnipresent life force. The five elements in question are wood, water, metal, earth, and fire.

Saturday, depictions of all five hung on panels in the background, visible in front of flowing white curtains on tan-colored fabric. Chock featured them in order of their supporting elements and how they flow with one another. Fire, for instance, supports earth because after a fire the soil is fertile for growth. Earth supports metal (which Chock also referred to as gold) because metal grows from the earth. Metal supports water because it can be forged into a vessel to carry the water. Water supports wood, because it can provide hydration for a tree to grow. 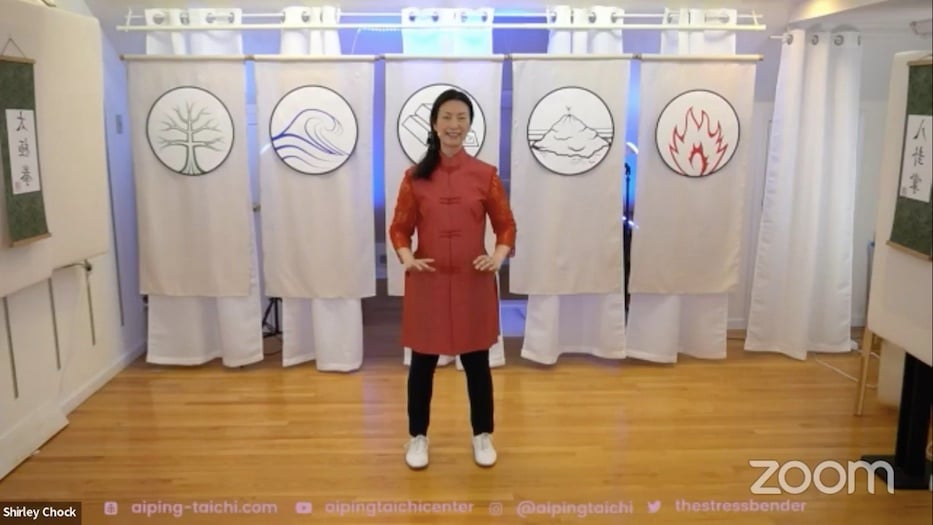 These elements also have opposing elements that are not good in combination with each other, Chock explained. Metal can be forged to chop trees. Tree roots disrupt the earth. Earth can redirect water. Water can extinguish fire. Fire can melt metal. If you are born in a certain element, Chock said, you need to balance yourself with the opposing element to yours. For instance, she is a Wood Tiger, born in 1974.

“According to the astrology master who my parents went to when I was born … [he] mentioned that I am very strongly wood and I need to wear more gold on my body to balance out the wood,” she said. “And if you know the element theory, then you'll understand why he said that. Because the metal is the opposite to wood.”

Qi, also known as life force, flows through each of the elements. Chock explained that the five elements also cycle with the 12 animal zodiacs—the rat, ox, tiger, rabbit, dragon, snake, horse, goat, monkey, rooster, dog, and pig. The elements stay the same for two years while each animal cycles to the next annually.

Years ending in zero and one are metal, two and three are water, four and five are wood, six and seven are fire, and eight and nine are fire. In another 12 years—2034—it will again be the Year of the Tiger, but with a different element. This year is water, and the next tiger element will be wood.

There is only one time in a person's lifetime when you return to the element under which you were born, Chock said. This is at the age of 60.

With attendees still listening intently across their screens, Chock went into the story of the Chinese zodiac and Tiger Qigong movements. She demonstrated three movements or “frolics:” a tiger raising its paw, a tiger seizing its prey, and a tiger springing on its prey. Most attendees kept their cameras off as she flowed into movement.

For “Tiger Seizing its Prey,” she lifted her hands overhead and then pushed them out in the shape of paws, bending down past the waist as she moved. It prepared her for the last movement, “Tiger Springs on Its Prey.”While pushing her hands out, Chock went into a low lunge and let her head tilt upward.

After the movement, Chock opened the floor to questions. A participant who identified themselves only as K.C. asked if there were any specific areas or activities to focus on beyond the Lunar New Year celebration to maintain balance in the year of the Water Tiger.

“With astrology and zodiac it is always more individual,” Chock said. “So, I don't know if there's anything that's like the general rule of thumb. You kind of need to know, what is your animal and element attributes, and then what is going to be represented in the year of the Water Tiger? How does that then relate to you?”

Participant Margaret Ikeda said she was grateful for the space to both move and learn. Years ago, she met Chock at a Chinese language school in Greenwich that she was attending with her son, who is Chinese. She has followed her work since. She said she enjoyed the ease of the movements and the detail of the zodiac lessons. It was also special for her, Ikeda said, because she is a Tiger too.

“After having my knees replaced, I need to get back to moving carefully,” she said. “So, this is perfect because it's slow. And it's a range of motion kind of thing. And she obviously didn't do too much, which is good for me, at least [as] I am now.”

Aiping Tai Chi and the New Haven Museum plan to hold another Lunarfest 2022 event on Saturday, Feb. 12, at 2 p.m. Attendees can register here.