Ramen Restaurant Pushes Through The Pandemic

On a recent Tuesday night, chef Angel Cheng prepared two steaming bowls of shoyu chintan for takeout. Around him, his restaurant Menya-Gumi has reopened and is back to serving New Haven from a distance. It has been a unique struggle for the restaurant—because it opened just days before mass shutdowns in March.

A short walk from the center of New Haven, Menya-Gumi sits just outside of Pitkin Plaza at 165 Orange St. Its exterior boasts large eye-catching lanterns, and though the tall glass windows passersby can see the whole restaurant, all the way to the counters where their food gets prepared. Angel Cheng is the head chef; his sister Diana manages the restaurant.

Early in the pandemic, the Chengs tried to keep the restaurant open for takeout orders, but fears generated by the growing pandemic made things difficult. Menya-Gumi’s grand opening was March 12—just a few days before the state ordered nonessential businesses to close their doors—so word hadn’t spread and orders were scarce. Cheng closed the restaurant to all orders on March 21.

“There are certain things that you wouldn’t expect to happen.” he said in a phone call. “We just have to deal with it, and try to survive in any way possible.”

For Cheng, it was like the bottom had fallen out. While most businesses were able to apply for the Paycheck Protection Program (PPP), the restaurant hadn’t been open long enough to provide the information to apply for financial assistance loans. After just weeks, the loss of revenue made paying rent, bills, and other living costs difficult. It put the brother-sister duo in an all around tight situation, said Cheng.

They worked to find new ways to reach customers. The restaurant built out its social media presence. Then last month, the Chengs partnered with both DoorDash and Grubhub to offer delivery, despite the high percentages that both services take. On July 22, Menya-Gumi reopened its doors for takeout and limited seating.

Its dining room, once a sprawling array of sleek tables and chairs, has been reduced to two tables—one inside and one on the sidewalk. Foot traffic is down, which Cheng takes into account when buying and preparing food. He explained that he wants to make sure the restaurant doesn't waste any. 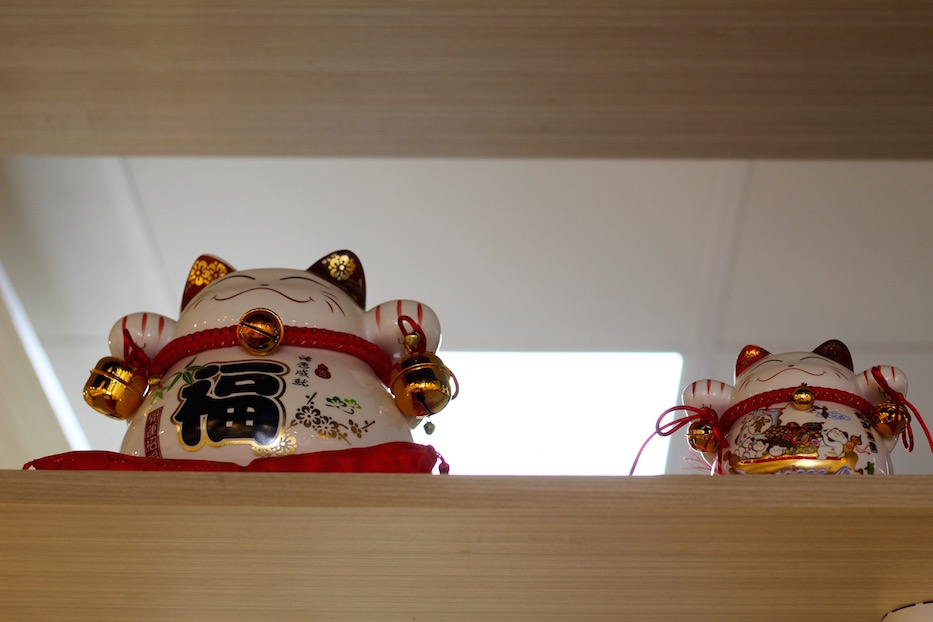 What Cheng misses most, he said, is the atmosphere. Working in the kitchen, watching people duck their heads to slurp up their noodles, and seeing the restaurant bustling at full capacity are all sights absent from today’s version of the restaurant.

He wasn’t always planning on going into ramen, which makes his affinity for cooking and sharing it even stronger. After graduating from Johnson & Wales University with a degree in baking, pastry, and food management, Cheng slowly transitioned from baking pastries to working in a regular kitchen.

From there, he traveled overseas to Hong Kong, where he found himself beginning to end the night with a bowl of ramen for more and more days a week after a long day of work. He eventually began to work at a ramen shop after realizing his affinity for Japanese cuisine, and started planning for a shop of his own after returning home. 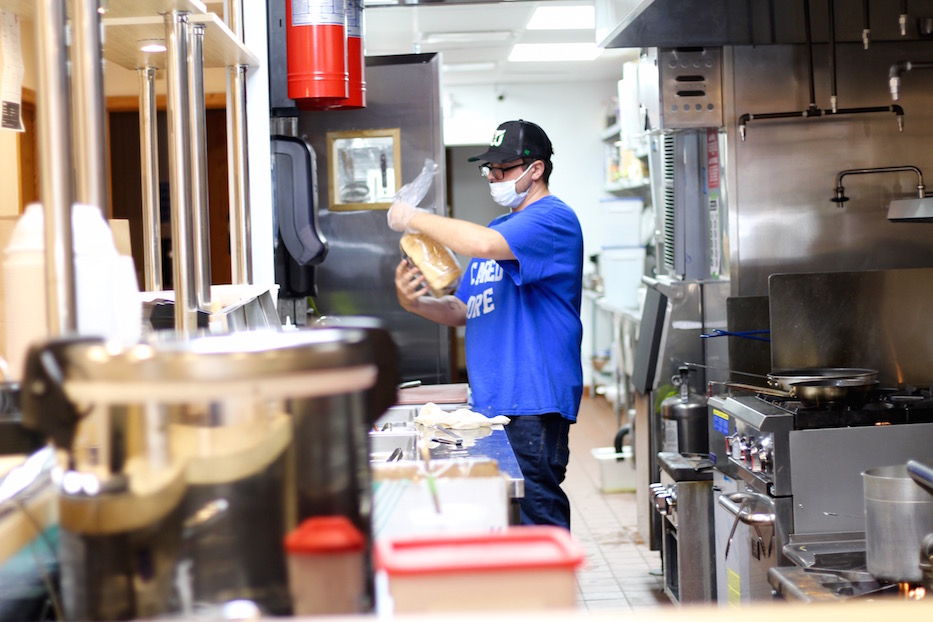 His dream hasn’t been financially easy in the midst of the pandemic. But business has been looking up, and Cheng is hoping for the best. On a recent Friday, two customers sat outside the restaurant, slurping their soup and chatting at a table. Two more, both masked, ventured inside to pick up an order.

“We put a lot of time and money and effort into this place, so I didn't want to see something that was almost at completion go to waste,” he said.

The City of New Haven has also been working to support local businesses. In a recent phone call, Deputy Economic Development Director Steve Fontana described an effort by the department to publicize Menya-Gumi through social media, their e-blast, and their own departmental patronage.

“Our goal is to continue to foster an environment so people of different backgrounds feel comfortable starting a business and we’re going to do the best that we can to support them and help them get through this pandemic,” he said.

To help businesses through the pandemic, he added, the city has been helping restaurants set up outdoor seating to get around the restrictions on indoor seating. Those efforts are apparent not just on Orange Street and at Pitkin Plaza but throughout the city, where new spaces for outdoor dining have popped up.

Though the city doesn’t have the resources to provide rent assistance, Fontana noted that Gov. Ned Lamont had extended eviction moratoriums through Oct. 1, so people wouldn’t lose their businesses due to issues with rent, insurance, or utilities.

He added that the department has been working to help businesses with takeout, delivery, and outdoor dining, as well as providing grants. The department also issued licenses for the restaurants surrounding Pitkin Plaza that allowed them to set up seating in designated spaces.

“Our focus was to help promote their businesses,” he said. “Generally what we’ve been doing is trying to help restaurants in particular to survive throughout the pandemic.”

“Obviously we don't like losing any restaurant or retailer," he added. "We value our small businesses in New Haven that are locally owned especially, and we want to do everything we can to help them.”

This piece comes to the Arts Paper through the third annual Youth Arts Journalism Initiative (YAJI), a program of the Arts Council of Greater New Haven. This year, YAJI has gone virtual. Read more about the program here or by checking out the "YAJI" tag.