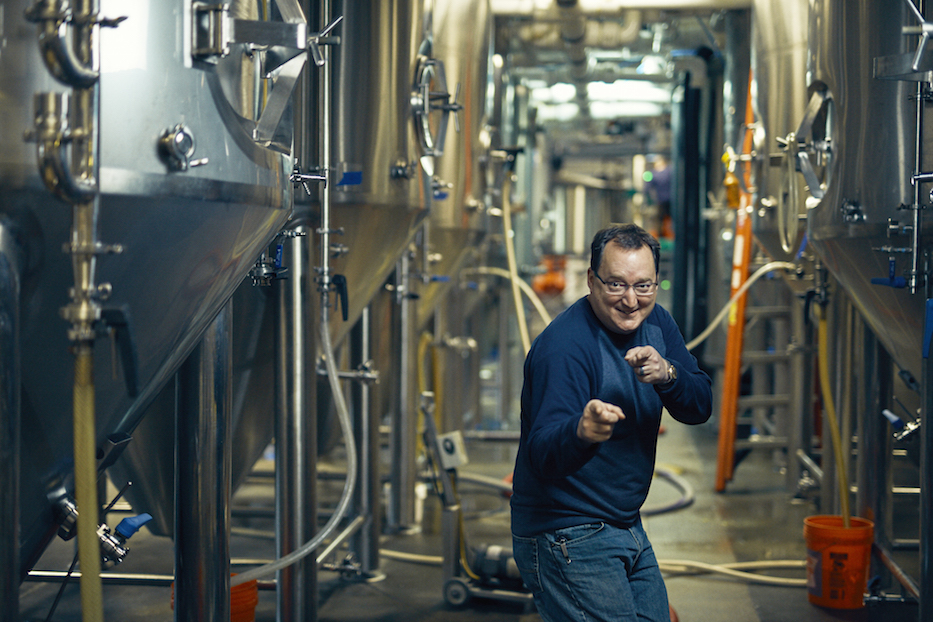 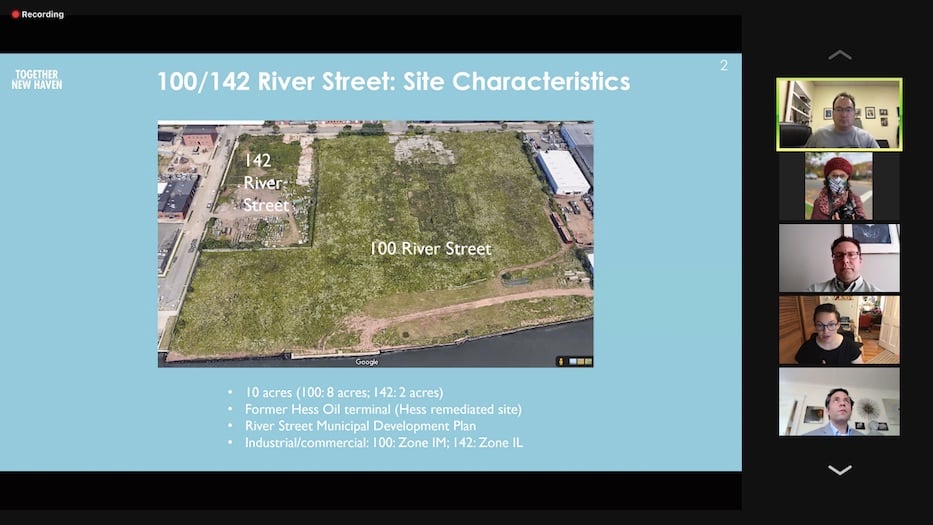 Screenshots from the meeting.

A craft brewing company is returning to its roots. A movie studio plans to bring hundreds of jobs into the city. As they chart their path to opening in Fair Haven, a former industrial hub could become an arts and entertainment district.

That news came to the city’s Development Commission Wednesday morning, as members got the latest scoop on plans from New England Brewing Company (NEBCo) and Jaigantic Studios to move to New Haven in the next year. Both fall into the city's River Street Municipal Development Plan, some version of which has been in the works since 2002.

NEBCo currently operates under Owner Rob Leonard and a small leadership team; Jaigantic Studios is the brainchild of Bridgeport-born, Los Angeles-based actor, director and martial artist Michael Jai White. White, who studied at Southern Connecticut State University, initially announced plans for the move to New Haven in Variety magazine last month. Before coming to Fair Haven, Jaigantic will begin operating out of Studio One in Fairfield. 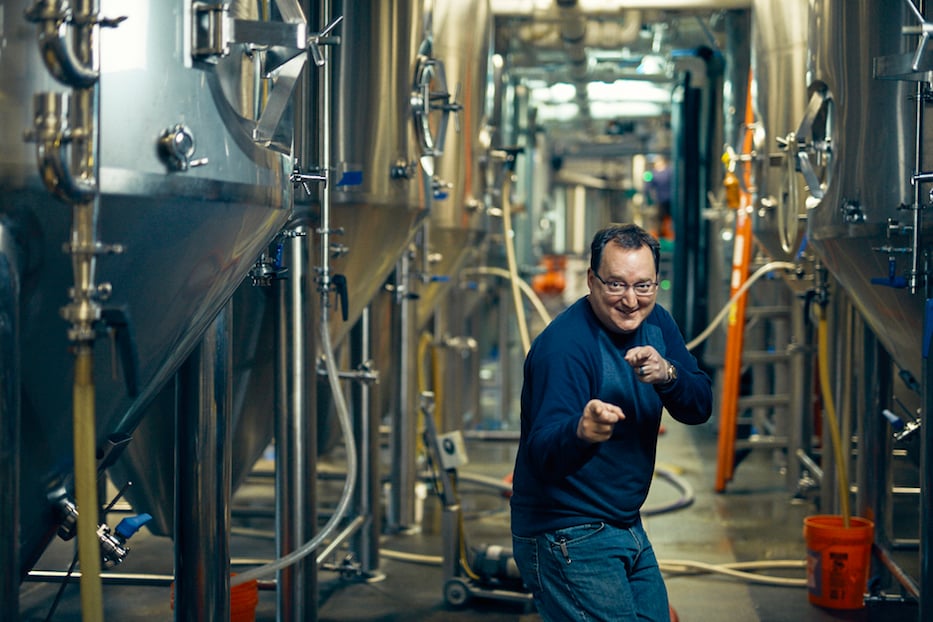 Wednesday’s meeting focused largely on NEBCo, which has announced plans to move to a former eight-and-a-half acre Hess Oil Terminal at 100/142 River St. as early as next year. Currently, the city is in negotiations with Doug Gray, owner of Eclipse Development Group, to sell the seven acres of land that comprise 100/142 River Street. The brewery will then rent from Eclipse.

The city plans to retain just under an acre for an in-the-works, contiguous greenway that runs along the Quinnipiac River to Criscuolo Park. It will also hold onto nearly two acres of land at 100 River St.

Before the sale is finalized and NEBCo can officially move, both Eclipse and the city will need a vote from the New Haven Board of Alders and permit and site plan approval from New Haven’s City Plan Commission. Both of those are expected in the next months. Economic Development Officer Kathleen Krolak said that the former brownfield site, which received significant environmental remediation from Hess, is almost ready for the brewery.

The move will allow the NEBCo, which is currently based in Woodbridge and known for its Imperial Pale Ales (IPAs), to quadruple its capacity and add over two dozen staff members to its current staff of 30.  Marty Juliano, NEBCo director of business development, said that he expects 10 to 12 new staffers to work on the production end. Another 50 or more jobs (Wednesday's presentation said up to 70 in the next three years) will come on the service end, from tap room to gift shop employees. 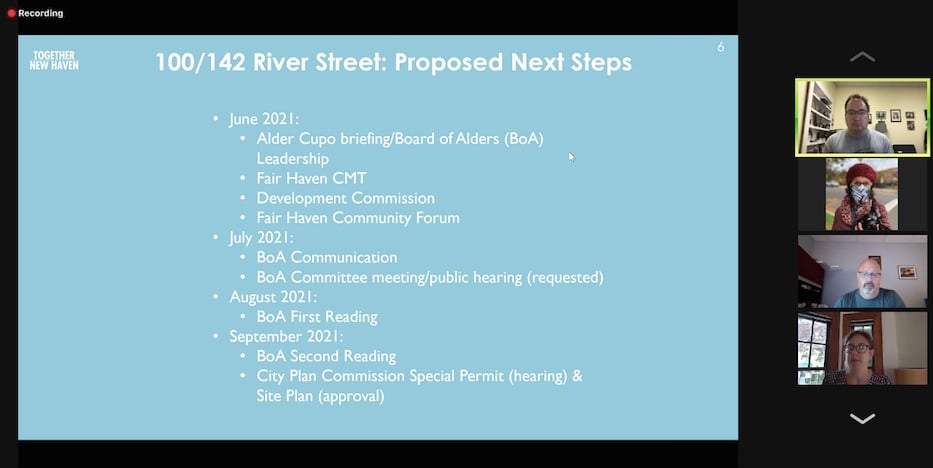 Juliano said the move to Fair Haven comes at a time when the brewery desperately needs that extra room: demand for NEBCo's beer is currently greater than supply. NEBCo moved to Woodbridge in 2002, and relocated from Selden Street to its current Amity Road location in 2014. On River Street, it will operate in a space that is at least 65,000 square feet; Gray suggested that it may be closer to 85,000. It sells beer only within Connecticut.

It plans to partner with both the Commission on Equal Opportunity and Small Contractor Development Program and New Haven Works to prioritize hiring locally. In addition to production, NEBCo plans to open a taproom, gift shop, and event space.

For Leonard, it marks a homecoming. In 1992, he began his hop-filled career at New Haven Brewing Company, which lived on Grand Avenue from 1989 until shutting down in the late 1990s. Leaving Fair Haven, he became the head brewer at New England Brewing in South Norwalk. When it closed in 2001, Leonard bought the name and moved to Woodbridge. He said it has always been his intention to return to New Haven.

“I never ever want to move again,” he said Wednesday. “This is the last time. This is a long-term lease."

Gray added he is excited for the brewery to be in the community. NEBCo never abandoned its New Haven roots—it is a sponsor of the Elm City Party Bike, annual Saint Patrick’s Day Parade, Rock to Rock bike ride and Elm City Folk Festival among others. In recent years, Sales Director Jamal Robinson has been working with the Newhallville Community Action Network to support community gardens in New Haven. The brewery has also developed a new scholarship program for Black brewers to attend Sacred Heart University for its new certificate in brewing science.

Wooster Square Alder Ellen Cupo said she is grateful that Leonard has kept communication open with her around plans to move into the space and hire locally. She plans to hold a neighborhood meeting around it this summer. 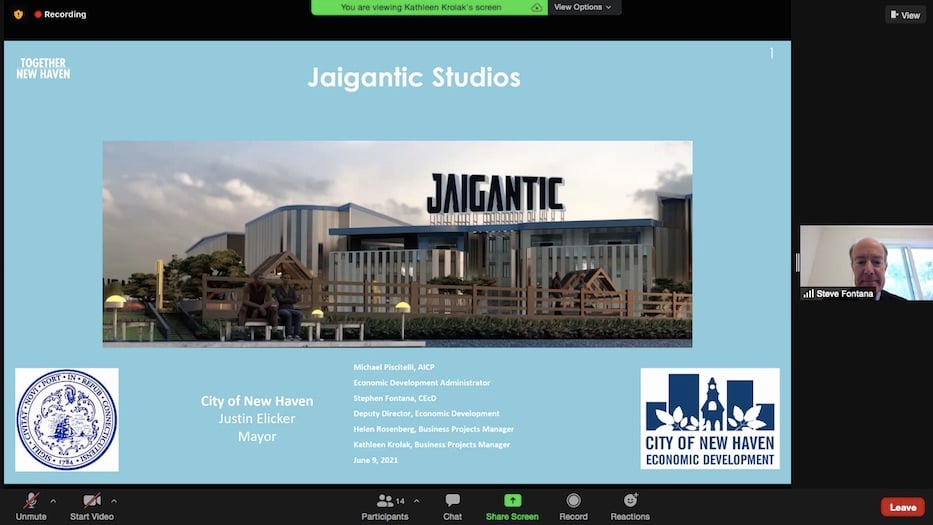 Fontana also spoke briefly about White’s plans to jumpstart Jaigantic Studios in New Haven, which could mean hundreds of industry jobs for artists in the city and the state. In addition, Fontana said White has talked about a potential mentorship program for local high school students.

Fontana said that the city and White are in negotiations around a parcel of land at 46/56 River St. in a meeting of the Fair Haven Community Management Team last week. Wednesday, he said he did not wish to discuss the location because of a pending memorandum of understanding (MOU) and “lingering environmental issues.”

“We're looking forward to bringing you the details,” he said. “This is another way of putting New Haven on the map … and it's an obviously huge success for us when it comes back to jobs and taxes.”

He added that both developments will help facilitate the creation of a “connected, integrated greenway stretching from the Ferry Street Bridge all the way to Criscuolo Park,” part of the vision outlined in the original River Street Municipal Development Plan. There are also potential plans for a waterfront canoe and kayak launch.

Access the presentation that the Development Commission gave here.