Sam Moth Steps Into The Fray 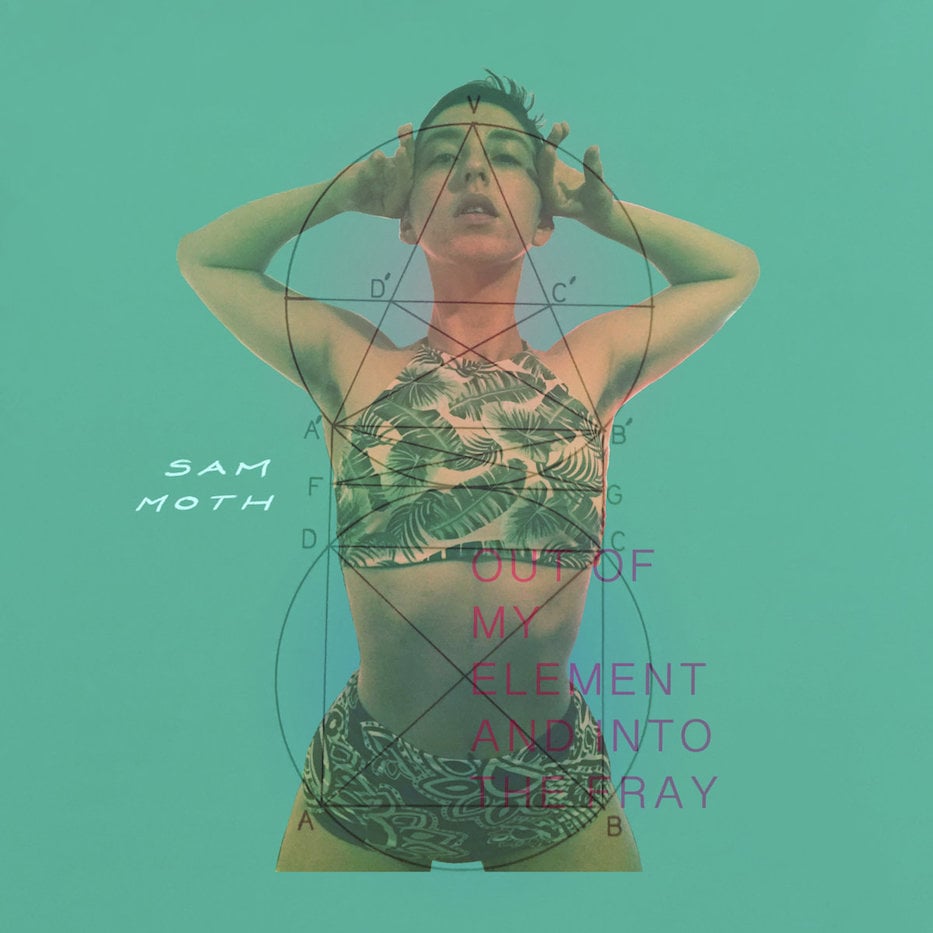 It’s less than a second before Sam Moth’s voice cuts in on “(c)old.” First there’s breath, brief and almost inaudible. Then the musician is fully present, confessional even. “I used to have so many words at my command/I’d spit 'em out and drop them, dripping, in your hand/I’d tell you all the secrets of my broken heart/I didn’t censor myself or restrict my art,” she sings.

It’s all preamble, maybe, but the lyrics hit the solar plexus right where they’re supposed to. This is thread at the mouth of the loom, molasses spreading slow and tangy-sweet across a track. Half birdsong and half breath, endearingly frank, and exactly where’s she’s supposed to be.

“(c)old” is the title track on Moth’s surprising new EP out of my element and into the fray, released earlier this summer on Bandcamp. A shift from her trippy, instrumental Erori Da (Fall Down) of 2018, the EP blends sharp, smart lyrics, funky synth, various instruments and rich, layered vocals with Moth's constant curiosity and taste for experiment. It is written, scored, recorded and produced entirely by Moth.

“These 14 minutes of music are the first I have released in 14 months,” she wrote when she released the EP. “I am so grateful for them to have loosed themselves through me at long last. I was hoping the summer would knock something loose from me, and it has. These songs are about a lot of things, but in the end, they're always love songs. Every one.”

But if these six tracks are love songs in bite-sized pieces, they buck sappy tradition for the quirky and unexpected. The musician's voice is full in one moment and then wispy in the next, assertive and then funny just as quickly. In “sorry, mom + dad,” she blends a talent for snappy humor and wistful, near-Victorian lyrics with her interest in succinct, satiny pockets of sound.

The song, which clocks in under the 40-second mark, is a kind of ambivalent love letter to her parents, coming clean about her overly romantic notion of being an orphan. Her candor is refreshing and silly—she sings that “I wanted to be an orphan all alone/ I wanted to have a garden of my own” in a singsong voice, and listeners are transported back to their own childhoods. But when she goes on—"to know/freeeeeeeedddom"—something sweet and heartfelt shifts.

When she adds that “I know I needed them/But parents really seemed a drag sometimes,” it’s hard not to laugh at the nonchalance. It feels charming and profound all at once. Somewhere in the wide edges of her voice, The Magnetic Fields have headed to a madrigal fair, and everyone is having a fantastic time.

Other tracks take a totally different approach, sometimes with no words at all. “S.i.o.l.,” the second track on the EP, has a funky, synthy beginning, the tone undulating as Moth lets the music bend around her. A trumpet cuts in, clean and brassy, then begins its exit as quickly as the song began. The waves of sound quiet, leaving only the horn.

In “rising tide,” she’s done it again, channeling an affinity for looping pedals and quick, contentious snippets of speech that listeners can imagine shouting at a partner (“it’s not about you!” she insists in one). As the piece unfolds, percussion rolls in, conjuring not taut drumskin so much as the hollow, echoing voice of trash cans and buckets turned over for improvisation.

And then just as quickly, she is forthright and sincere. In the EP’s penultimate track “I Want Company,” she begins as a single, strong voice, sending her message out like a pulse in darkness. Listeners can almost see her there, singing her whole heart out to someone just beyond the recording equipment, the small pile of instruments she’s arranged at her feet. It bleeds right into the final track, titled “kaleidoscope,” perhaps for its kaleidoscopic sound.

And then just as it begins, it ends with breath. A lot of breath, flecked with frog-like croaking, video game beeps and bops, whispered nothings and looped, ethereal vocals. A singing bowl enters the mix at one point. Moth takes her listener by the hand, she invites them inside to listen to her hopes and fears and total delights. They are an absolute fool if they don’t stay for as long as possible.