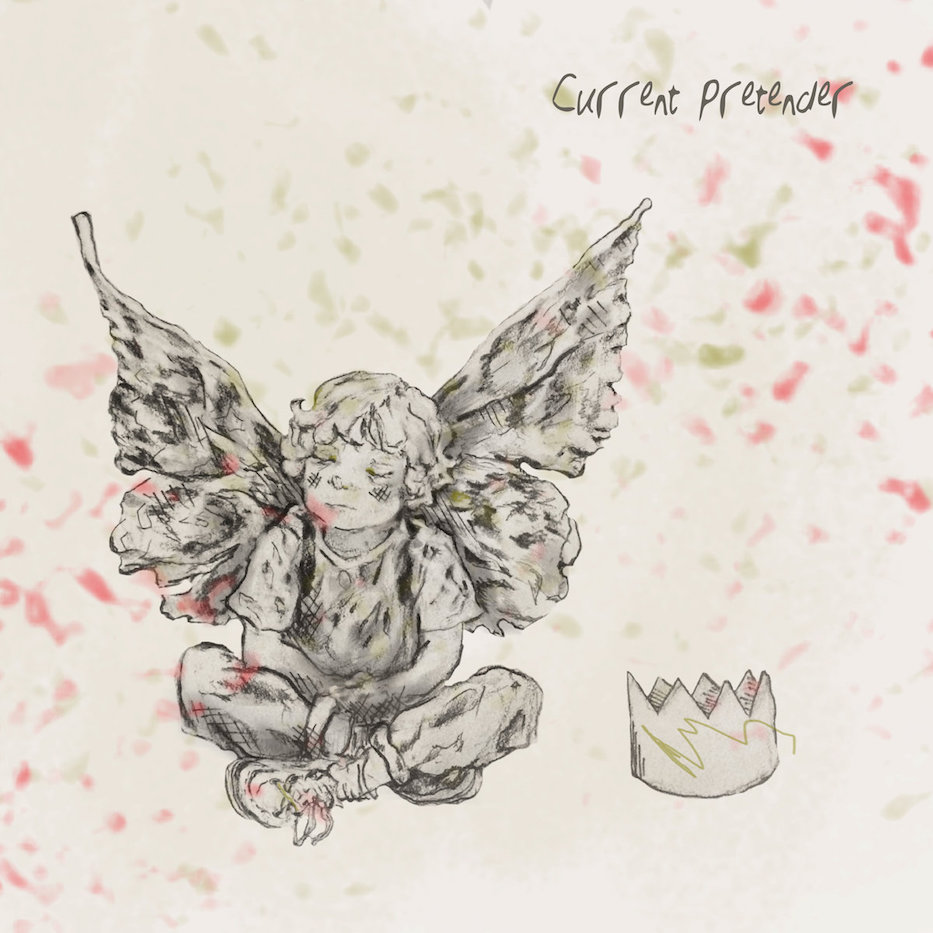 The warbling, airy vocals and are the first thing you notice on “Oatmeal.” From the moment he comes in, Samuel Sandoval marauds, not quite sure where he’s going and in no particular rush to get there. Sometimes, he’s singing right to the listener; sometimes he’s wandering through his mind, searching for its newest nooks and crannies. Beneath his voice, finger-picked guitar dies down and then picks right up again. An echoey falsetto drips around the lyrics, hanging in the air.

“Oatmeal” is the first track off Sandoval’s Current Pretender, a measured, meditative dive in psychedelia-tinged, experimental folk released earlier this fall. Written, recorded and mixed by Sandoval and mastered by Blind Moose Studios in Bloomfield, it marks the latest album for the Meriden-based musician. It is available for streaming and download on Bandcamp and Spotify.

“This collection came out of a sort of limbo in my life and these songs are meant to fill some gaps in the stories that my other projects tell,” he wrote in the initial release of the album. “The characters in my stories are all executors of their history and scared to death of failing the world inherited to them. In a way, these songs are meant to take place as their thoughts would comfort.”

And they do, from beginning to end. On “Oatmeal,” the first track of the album, Sandoval’s vocals are full of surprises, with tinny edges that can shape-shift, speed up and coast from a baritone to a falsetto at the drop of a hat. He is mellow, setting the stage for a sort of 21-track sound bath that is all him, with hefty dashes of Iron & Wine, Joanna Newsom and Bon Iver.

It’s weird and wonderful, catching the listener off guard and keeping them guessing. In “Mom’s Birthday,” he throws any sense of tempo out the window, playing his listener in with loping, measured and daintily finger-picked guitar before he speeds up. His “Mrs. Frown” is a kind of off-kilter waltz, marrying oddball, stream-of-consciousness lyrics and shaky, undulating vocals that seem just right. In “tiled fence,” he’s deep in the language of empire, then breaks it up with something that sounds like a glitchy Nintendo. The whole thing is over well before the two minute mark.

Sandoval’s strangeness is the gift that keeps giving. In “i met a girl who looks at me like a lizard,” the track is synthy and funky from the outset. Bubbles seem to come up through the lyrics, swooping around his voice. That’s true again in “i mime,” where whispers of drone music meet synth and that endearing falsetto as Sandoval comes in with a sweet, simple welcome at the corners of his voice. He pushes right on, something shrill and scratching elsewhere on the track.

What is impressive is that he maintains it, sometimes with aching beauty, from the beginning right through the end of the album. In “Jose the Hero,” the musician delights with a flurry of strings that feel like they could go on forever. In “falling asleep to your parents watching TV,” instrumentals play his voice in, lush and layered as they build. Piano tinkles like a wind chime. Something vibrates, synthy and hard. Footfalls echo in the background. It’s a moving final track that makes you want to press your face into the song, and into the entire album.

Indeed Current Pretender is a musical house with seemingly endless rooms, each lined with trick mirrors and low lighting, a few surprises waiting behind every corner. As one tours it—winding staircases that lead to big ballrooms and dead-end landings, neon-colored carpeting and lava lamps and definitely a claw-footed bathtub or three—it’s worth staying a while. And then, heading back for a second trip.

To listen, click the embedded CD below or visit Sandoval's page on Bandcamp.