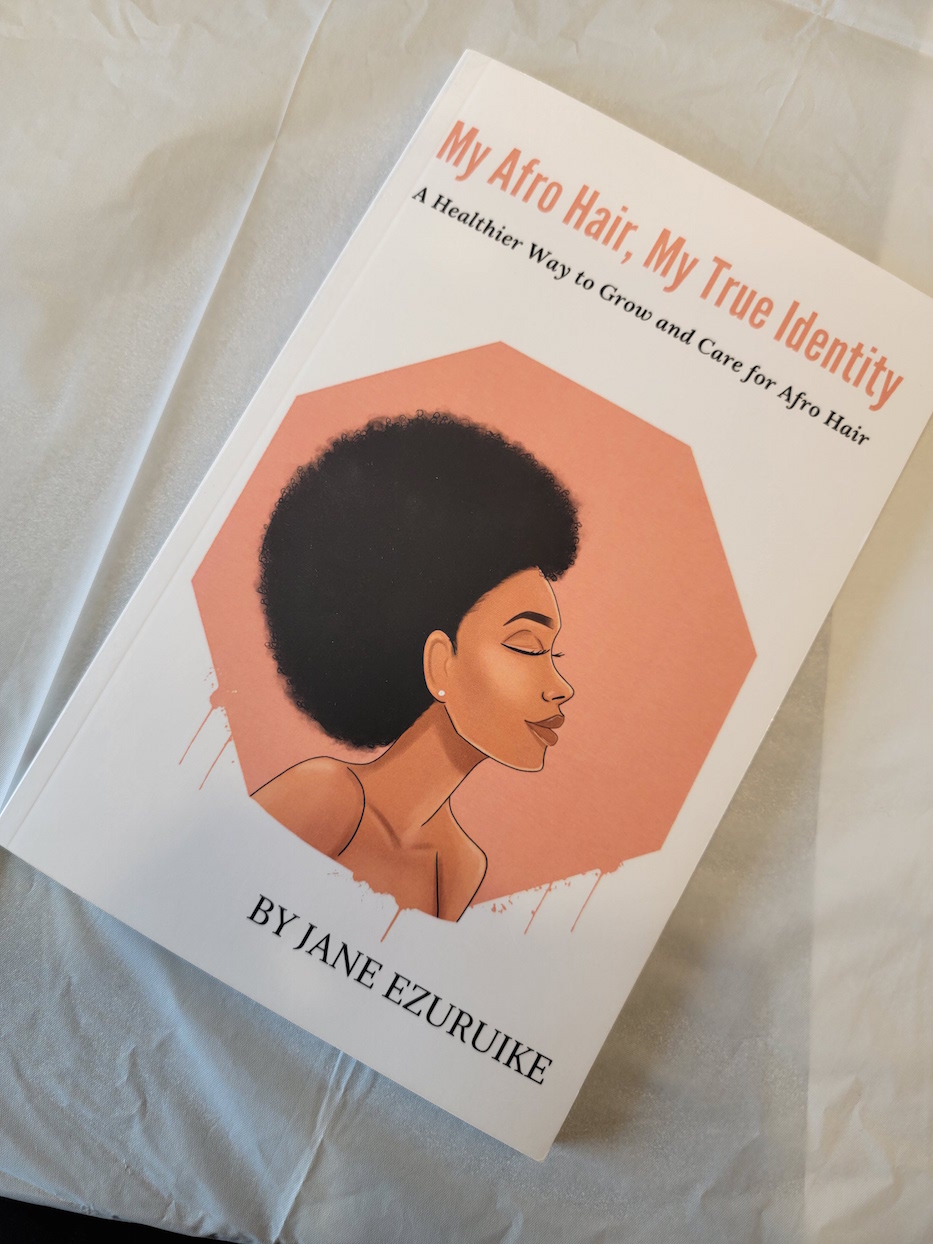 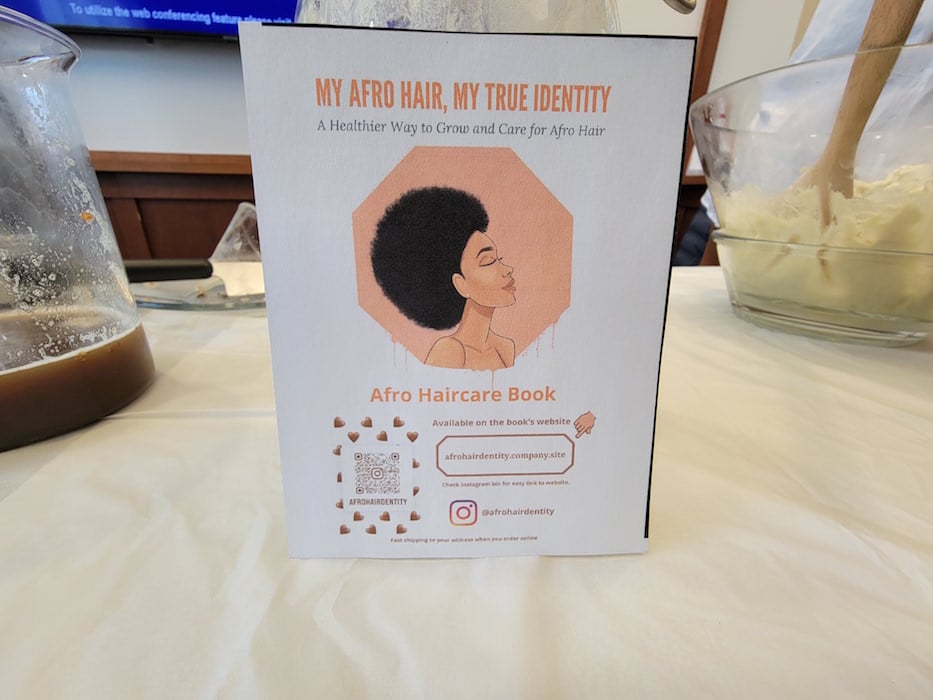 As author Jane Ezuruike hand-churned a mix of shea butter and castor oil in a glass bowl, double-boiler style over warm water, Southern Connecticut State University student Mya Yorke reached back into her hairstory, and pulled out a journey that is still unraveling.

With braid extensions in her hair, she remembered how after doing the “big chop,” she didn’t know how to style her short hair. She would watch tutorials on YouTube, only to realize that  the women in the videos had completely different hair.

Yorke is the student vice president of SCSU’s natural hair group, Curlfriendz. Wednesday afternoon, she brought her story to “My Afro, My True Identity,” a discussion and Black hair care demonstration from Ezuruike at the Adanti Student Center on Southern’s campus. It is part of the university’s celebration of Black History Month, which runs through Feb. 28.

Ezuruike's talk was co-hosted by the school’s Multicultural Center and the campus group SISTAS, Sisters in School Together Achieving Success. She is the author of My Afro Hair, My True Identity: A Healthier Way to Grow and Care for Afro Hair. The author asked not to be photographed. 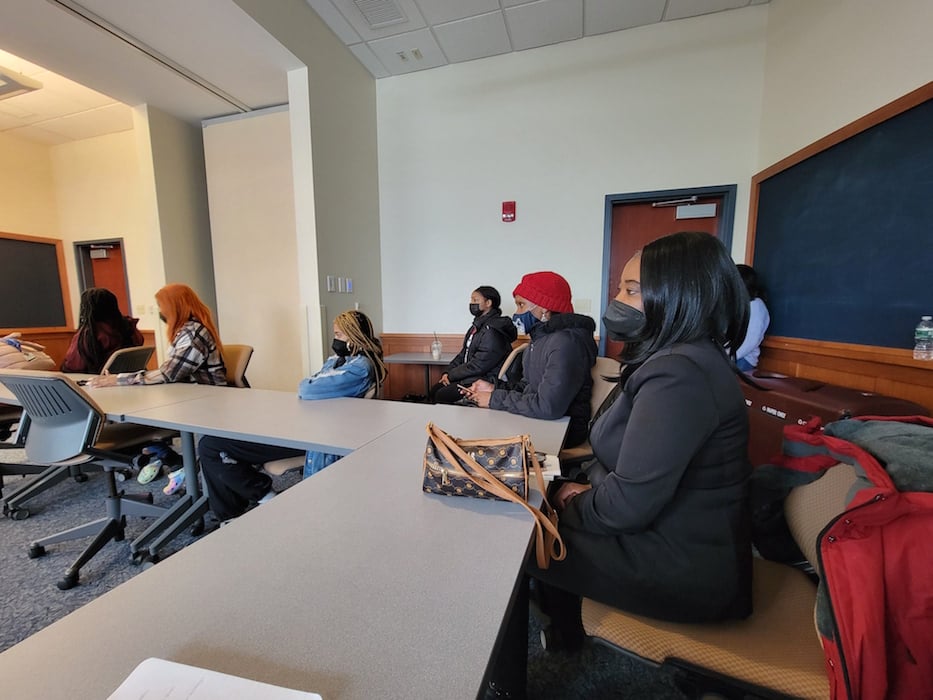 With a white tablecloth, various glass materials and a water heater, Ezuruike prepared the table at the front of the room to create natural hair products that six attendees could sample to take home at the end of the talk. There was a catch, she said—she also wanted them to share their own hair journeys.

In the room, students came rocking natural curls, various versions of braids, head scarves and hats. Each said they wanted to learn to care for natural hair in its natural state.

The only man in the room was Brian Toussaint, who said he never had anyone show him how to care for Black hair, especially as a young man. He detailed a number of missteps that helped him learn that taking care of it was an intensely personal and long process.

Figuring out natural hair care is for both women and men, Ezuruike said, acknowledging that it can be an extended journey. She added that for the most part, both have been kept out of the loop of what Black hair needs from a young age. That’s true for her, too—and now she wants to pass on what she’s learned. 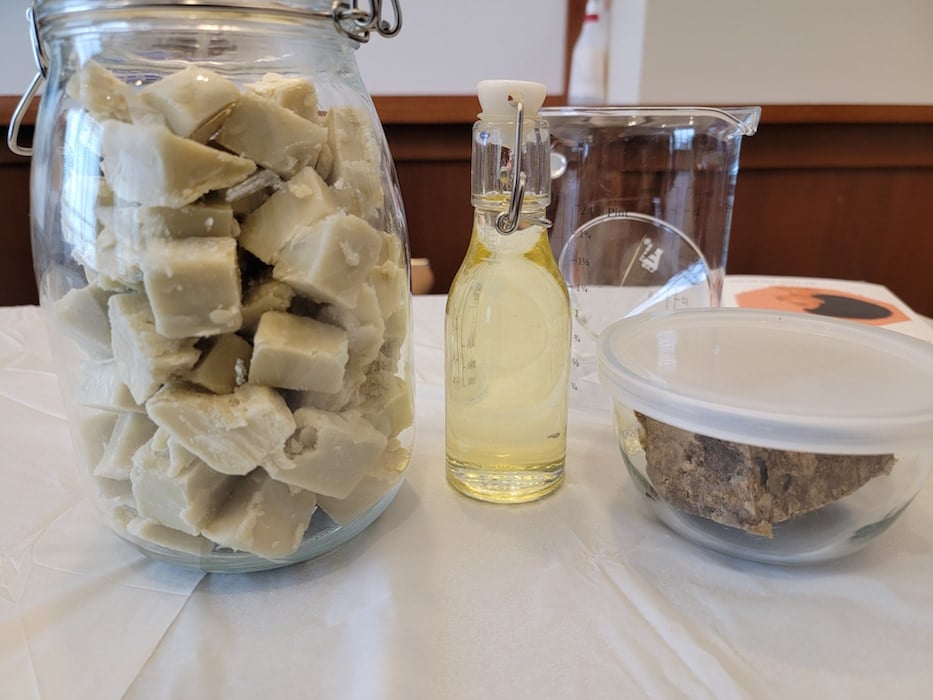 Ezuruike wrote the book, My Afro Hair, My True Identity, after attending science classes at the University of North Carolina at Charlotte and focusing her projects in those classes on afro hair. Those resources were simply missing from her wheelhouse, she said. She knew that finding them gave her a way to help both others and herself.

“In college, I was struggling taking care of my hair and stuff like that,” she said. “I took mostly science classes, and you know how it can be taking, like, organic chemistry and all those tough classes and have to still struggle with taking care of your hair. However, I was able to overcome all those challenges.”

Student Anika Miller found out about the event from her involvement with SISTAS, for which she does public relations. She said she loved the talk, which was structured around themes such as washing and moisturizing. Often, those are two parts of afro hair care that can be very confusing for anyone coming into the world of natural hair care.

“I enjoyed this event so much and hopefully we have more events like this one,” she said. “I like how she gave us a sample and helpful tips about how to take care and maintain our hair. I find that so helpful because I didn’t know there were so many different ways to learn about our hair. When I was growing up, I didn’t have anyone to fully teach me how to take care of my hair until freshman year of college.” 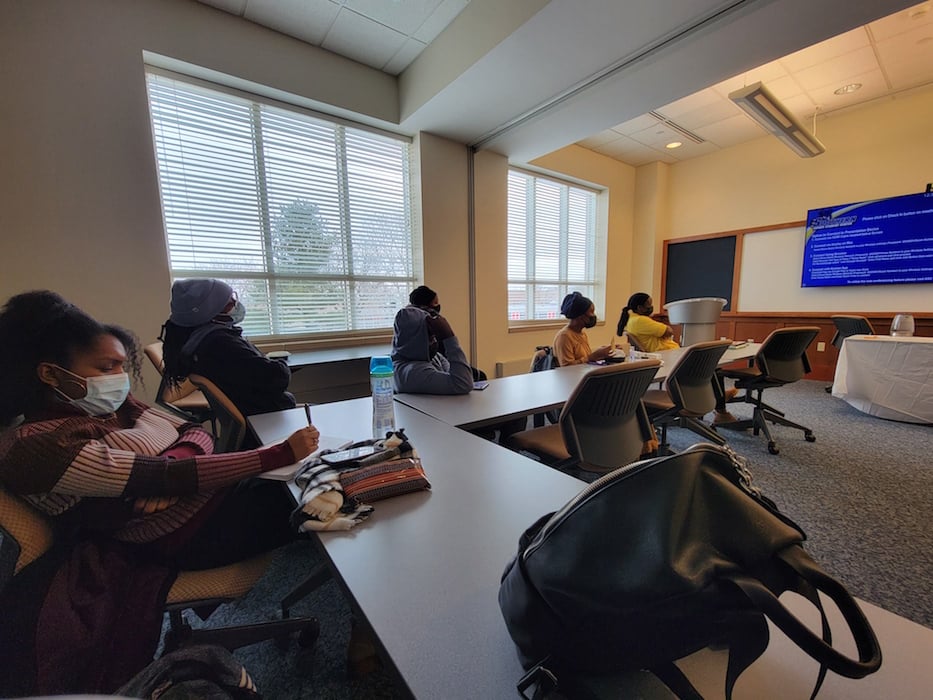 Student Chaniya Jackson arrived at the event with her natural hair flowing in a half up, half down hairstyle that showcased her curls. She remembered using relaxers for years, because her mother “thought it’d be easier to handle my hair that way,” she said. She didn’t think about other possibilities for years.

“I just really had no idea what to do with my hair in a natural state because she never really kept it in its natural state just for her own timesaving,” she said.

The event ended with several questions as Ezuruike continued to hand churn the shea butter, strained the African black soap and placed it in a jar. As the questions ended the remaining attendees were allowed to take samples of the shea butter.

She ended the event encouraging students not to give up on their journey to healthy natural hair.

“I want to encourage everyone here [to] just keep going,” she said. “Even when you feel like your hair is all bad. Keep going. Keep pushing. Do not get discouraged.”