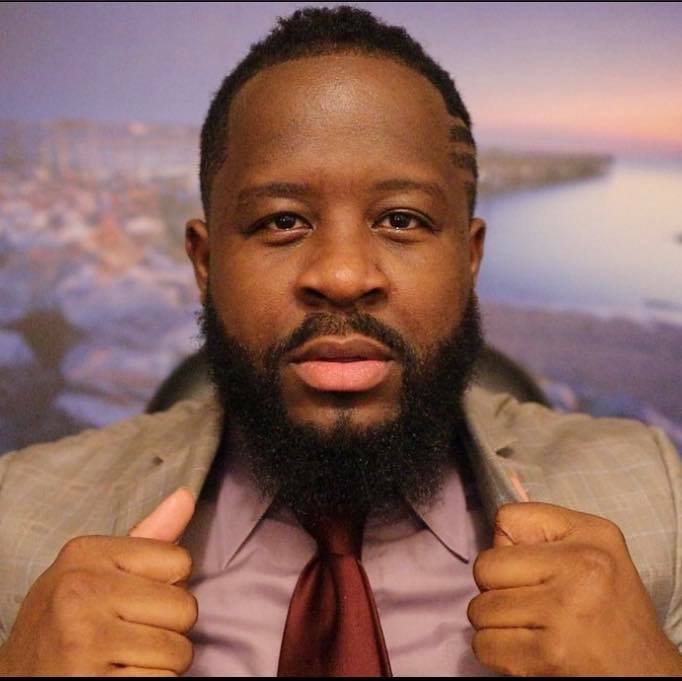 Photo below contributed by Frank Brady.

Poet Frank Brady stands against a white wall, his eyes so focused they might blaze a hole right through the screen. Between the folds of a blue blazer, a silkscreened portrait of Henrietta Lacks glimpses out from his t-shirt. Beside it, the words Say Her Name appear in huge, bolded black letters.

“Give me a moment and I’ll read you a lifetime,” he starts. “Give me a moment, and let’s stop time. Let’s acknowledge the truth. Do you know what it feels like for your name to be silenced?”

That “truth” is the truth about the legacy of Henrietta Lacks, a Black woman whose cells were unknowingly harvested from a cervical tumor in 1951, and continue to be used in medical research today. Brady is among a collective of artists, activists, healthcare workers and living members of the Lacks family paying homage to her life with The Henrietta Lacks Initiative, a global project to spread her story through both public art and public health.

This month, he appeared virtually alongside professors, curators, great-grandchildren, first ladies, Dr. Nono Simelela of the World Health Organization (WHO), and members of the ovarian cancer awareness group Tell Every Amazing Lady (T.E.A.L.) for HELA100, a virtual colloquium celebrating Lacks’ life and legacy. It featured a dedication of a new Henrietta Lacks statue in Bristol, England and hour-long tribute to her short life. He said that he hopes to one day visit the work in person. 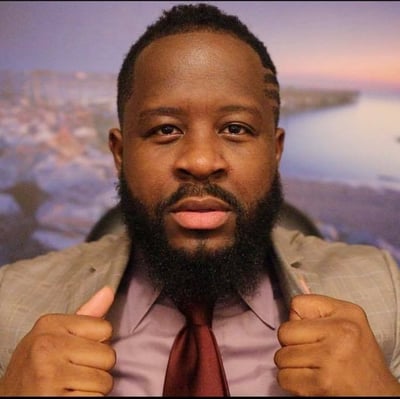 “Henrietta Lacks often is looked at as a forgotten footnote,” he said. “These cells are still being used today. She really is the mother of modern medicine, and she is not given her due.”

Lacks’ story begins over seven decades ago, when she walked into the Johns Hopkins Hospital in January 1951. At the time, Lacks was just 30 and the doting mother to five children; she would have been walking into a segregated hospital and treated in an equally segregated ward. She was suffering from vaginal bleeding and pain, which soon turned out to be advanced cancer.

When Dr. Howard Jones saw her, he found what Hopkins now describes as “a large, malignant tumor on her cervix.” During crude radiation therapy that she received before her death that year, doctors took a biopsy of the tumor without her knowledge. Instead of dying in the lab—the normal behavior for cells—her cells multiplied again and again. They became known as HeLa cells, bearing her name but not her consent.

She died on October 4, just two months after her 31st birthday. Meanwhile, her cells kept multiplying. And multiplying again. As they continued to thrive, HeLa cells became fundamental to scientific research, from breakthroughs in polio to HIV and AIDS research to the Covid-19 vaccine. Or as Brady says in the poem, “HeLa cells/Been helping heal the world well.”

Dr. Jonas Salk, for instance, is still the name most quickly associated with the polio vaccine—but it was HeLa cells that helped accelerate the timeline of vaccine production. Jones, who lived to 104, was praised for his work in in vitro fertilization without any mention of the cells that made it largely possible. Only in 2013 did Johns Hopkins and the National Institutes of Health institute regulation around the use and research of HeLa cells. Four years ago, the university began work on a building named in Lacks’ honor.

And yet, her family did not know about the cells for over two decades. Lacks herself, confined to a segregated ward while she received treatments, never gave her consent for their use before her death. In this way, her story is bound to the long history of extractive, non-consensual experimentation on women of color, from J. Marion Sims’ unauthorized gynecologic trials on Black women to the forced sterilization of Puerto Rican women during the first and second halves of the twentieth century. It’s a history that feels chillingly close in a country where hospitals have only recently come under fire for performing pelvic exams on anesthetized patients.

Eighteen months ago in New Haven, Brady hadn’t heard Lacks’ name. He didn’t know about her story, which was popularized in a 2010 book The Immortal Life of Henrietta Lacks by Rebecca Skloot, and eponymous 2017 film from Oprah. Then in the thick of the pandemic, members of her family reached out to Brady. They explained that they were preparing for HELA100, scheduled for what would have been her 100th birthday last August. They were also looking ahead to a colloquium in October 2021 and commissioned him to write a work.

Brady dug into the history as he wrote. He was able to connect with Lacks’ granddaughter,  who carried the weight of that legacy when she spoke candidly about her grandmother. His mind spun learning about the way HeLa cells have shaped science, from IVF up to the current pandemic. He said it was easy to find his refrain: Say her name. Henrietta Lacks.

“Seeing the depth of how her cells have impacted the world, it made the poem very easy to write,” Brady said in a recent phone call. “The poem really for me was about: ‘How do I memorialize her, and also call for justice and equity for her and for her family?’”

The answer is a tight, lyrical piece that flows from Lacks’ life to her ongoing legacy. In just minutes, Brady knits together the sheer medical impact of HeLa cells and the gaping silence around the woman whose name they bear. It is a moving testament to the exploitation of Black bodies and the theft of both intellectual property and essential, basic dignity. He joined the colloquium from his home in New Haven.

“Say her name/Louder!” he read during the ceremony, his whole body moving with the words. His shoulders rose and fell, propelled by history. He lifted his hands, and they danced through the frame.

By the time he reached the final lines, the words were vibrating. Through a screen, he asked viewers if they believed in miracles. He pushed right through to his own answer.

“Her legacy lives on,” he read. “October 4 is the day that heaven received an eternal angel. And we’re still benefiting from the heart that she left behind. Yet the world is still spinning to the soundtrack of Henrietta Lacks.”

The work (watch the entire poem in the video above) comes against a backdrop that seeks to lift, fight for and elevate Lacks’ history. Earlier this month, members of the Lacks family launched a lawsuit against the biotech company Thermo Fisher Scientific, which uses HeLa cells in its product lines. That same day—the 70th anniversary of her death—officials and family members unveiled a bronze sculpture of Lacks at the University of Bristol in England, sculpted by the contemporary Black artist Helen Wilson-Roe.

If Brady’s hope is to keep the legacy going, he has played his small part. Last week, several of Lacks’ grandchildren and great-grandchildren were publicly honored by representatives of the World Health Organization in a ceremony in Geneva, Switzerland. Before the colloquium earlier this month, Lacks’ great-granddaughter Veronica Robinson spoke about the importance of seeing a statue of her great-grandmother rise in a two-year period that has also seen monuments to enslavement and white supremacy fall.

“That is amazing within itself,” she said. “We’re honored that Helen Roe and Bristol University decided to do something that’s great for her. That means a lot to our family … we use our own family’s legacy and story to help guide other people’s stories by educating people, being out here, and simply making sure that we work with health equity, and so many other things, and social justice.”