On Whalley, “The Night” Belongs To Young Readers 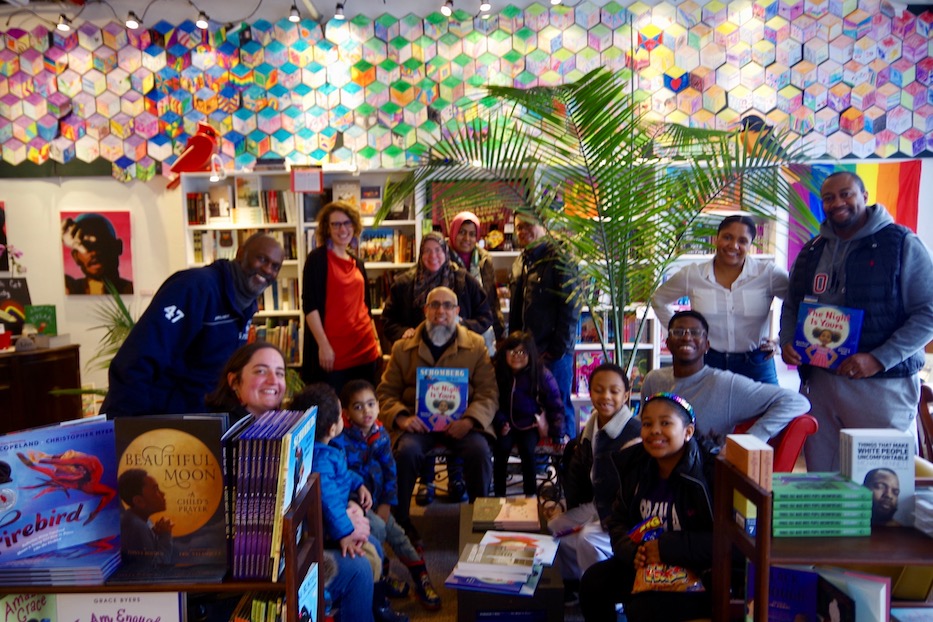 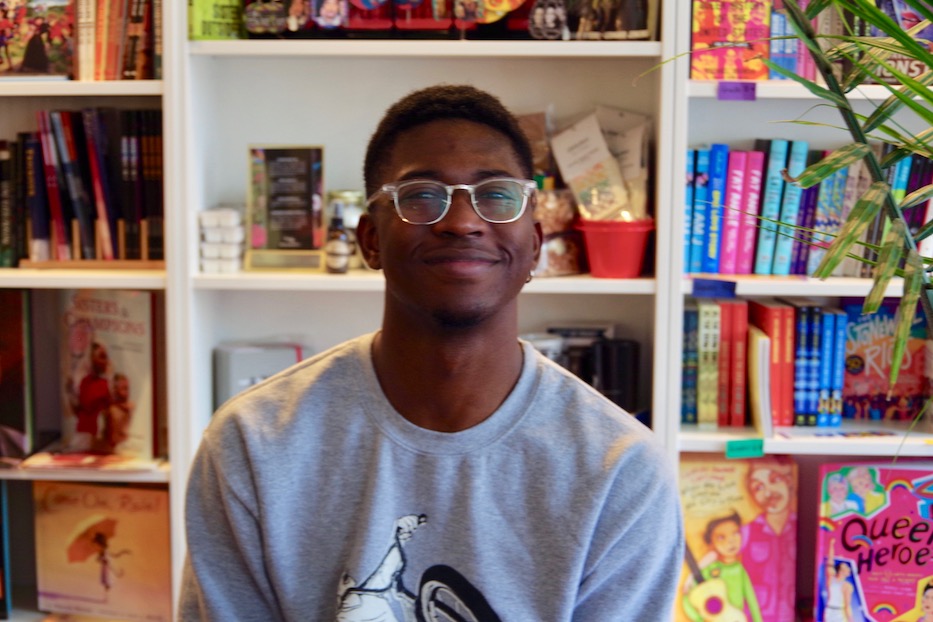 When he was growing up, Abdul-Razak Zachariah rarely saw characters who looked like him. His younger sister Aisha didn’t either. Now, he’s working to rewrite that narrative, so kids around New Haven know how much they belong. And he’s putting the pen aside to read it aloud, too.

Born and raised in West Haven, Zachariah is the author of The Night Is Yours, a children’s book that was released by Penguin Random House earlier this year. Saturday morning, he brought both the book and its origin story to People Get Ready, a new bookstore and community hub on Whalley Avenue. The bookstore was founded earlier this year by New Haveners Lauren Anderson and Delores Williams.

The reading was part of “People Get Ready ... to Celebrate Black Lives and Radical Love,” a multi-weekend pop-up centering Black voices in advance of Martin Luther, King, Jr. Day in January and Black History Month in February. It marked the second author event in a month; the first welcomed Dr. Kalilah Brown-Dean in early December.

"If we're not sharing the truth with the children, then I feel as though we're not doing our job," said Williams at the event.

At the reading, Zachariah opened the book to brilliant illustrations by Keturah A. Bobo, unfolding the story of a character named Amani who lived in an apartment complex not so different from the one he and Aisha knew growing up.

In the book, Amani is a little Black girl with big, bright eyes, a neat pink dress and pigtails with matching pink scrunchies. As she plays a game of hide-and-seek with her friends, the moon helps her find them, dripping its light over the house just when she needs it most.

After the reading, Zachariah explained that the book began years ago, with the story of his own childhood. When he and Aisha were both younger, she would come to him with stories of being bullied because of the color of her skin. More than anger, he felt frustration when he heard these stories—because he knew how much they hurt her, and how much ignorance they came from. 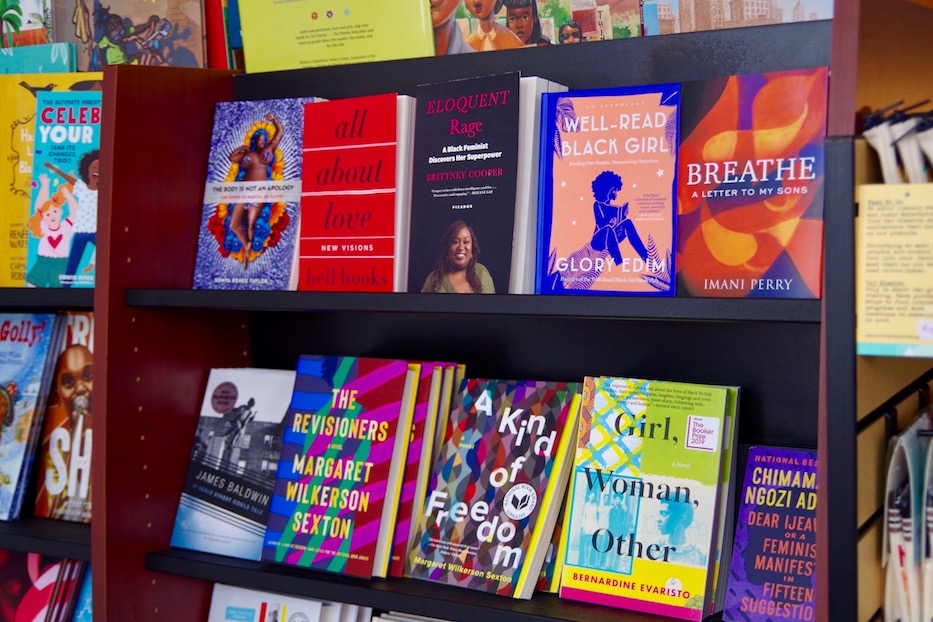 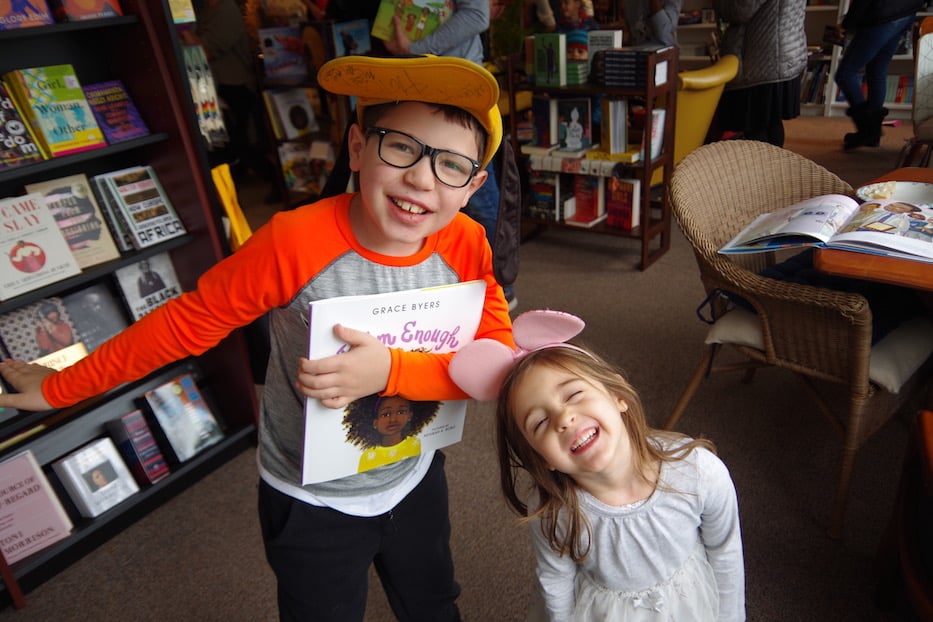 When he was a teenager Zachariah headed to Yale University, where he studied sociology. During an educational studies program his senior year, he started research on racial representation in children’s books. When he found that there was a stark lack of Black characters in children's books—and even fewer Black authors—he pitched one.

After Zachariah turned to an editor at Penguin Random House with questions, the company expressed interest in publishing his book. The publisher selected Bobo, who has also illustrated I Am Enough with author Grace Beyers, as a logical fit. Dozens of drafts later, the book was released in July 2019. Meanwhile, Zachariah graduated from Yale and now works at LEAP (Leadership, Athletics, & Education in Partnership).

“The purpose behind this story was for young, black or young, colored girls to understand how much they are appreciated and loved by others,” he said. “What makes me happy about it is when children are able to point to the characters and say: ‘I have a friend that look just like that.’ Or girls could be able to say: ‘mommy, is that me?’”