For Trans Youth, An Arts Assist 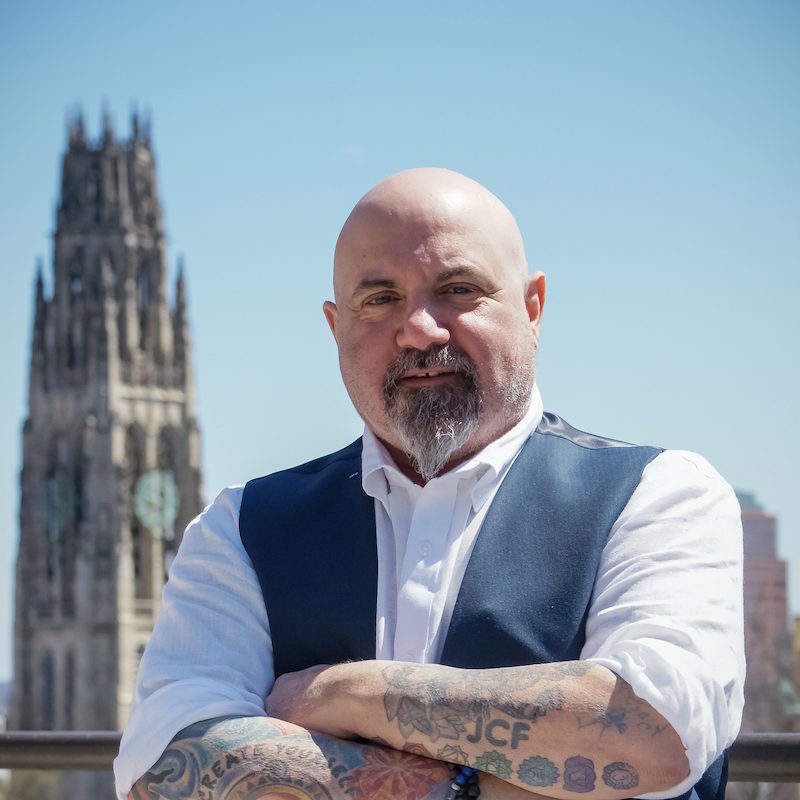 Tony Ferraiolo was once speechless when parents and children told him that he had saved their lives. As he prepares to publish the third volume of Artistic Expressions of Transgender Youth, he’s looking back on how his process has grown.

Ferraiolo, who is an advocate for the trans community and founder of the group Translations, will be publishing his third volume in the middle of 2021. This year, it's one of the ways he has adapted as COVID-19 pushed his work with trans youth and families online.

Ferraiolo grew up in North Branford, Conn., where he attended North Branford High School. Growing up, he struggled a lot with his gender identity. He didn’t have trans people around him that he could look up to. He said he never felt that he looked like what society depicted as a girl. In school, he was bullied severely to the point that he became a bully. He was sexually abused and self-harmed, and he struggled with wanting to live another day.

While living in New Haven in 2008, he decided to create a support group for trans youth. To spread the word, he drove around to every pediatric and counseling center within a 50 mile radius to promote his group and ask these places to tell their patients about it. He was able to secure a space in the basement of Planned Parenthood of Southern New England’s (PPSNE) New Haven headquarters. He started off with a handful of kids, then the group began to grow.

It was called Translation, designed as a safe place where youth could feel comfortable.

Creating art became essential to Ferraiolo’s process when he realized that children did not always have the words to express themselves. Pictures answered questions such as: “what does body dysphoria feel like?” and “what makes you sad?” Kids depicted monsters and people frowning and in tears.

Many added words, including “boy,” “girl,” “daughter,” “son,” “never enough,” and “tranny.” They are all words, Ferraiolo explains in the first volume of Artistic Expressions, that can come off as hurtful to a transgender or non-binary person.

Answering another question—“if you had all the money in the world, what would be the first thing you bought?”— children depicted doctors’ offices where they could get gender reassignment surgeries. They drew houses, cars, and mermaids. 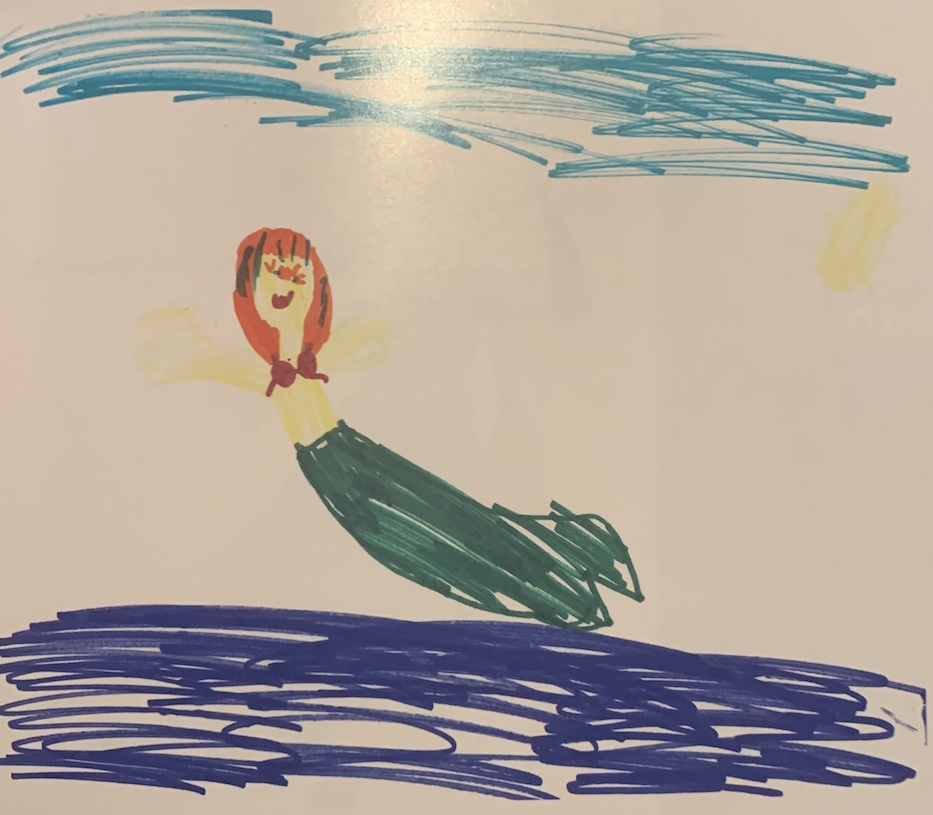 A mermaid swims through the first volume of Artistic Expressions of Transgender Youth. Images courtesy of Tony Ferraiolo.

Ferraiolo said the pictures in the book help parents, families, and even healthcare providers better understand a trans child’s emotional state. He makes sure that the children write the intended meaning of the drawing on the back of the paper, so nobody has to wonder about the significance of the imagery.

There have been memories that stick with him. He recalled working with a girl who was always full of energy. She would come in with her “boy clothes” on, go into the bathroom and change into her “girl clothes.” He would sit with her for an hour and play with playdough and she would always get upset when she had to leave and change back into her “boy clothes” During all the times he met with her, she was always happy.

One day she came in and was not her usual happy self. He asked her what was wrong, and she replied: “I'm always sad when I can't be who I am.” Ferraiolo then turned to the rest of the kids and asked them how many of them have ever been sad. They all raised their hands, including Ferraiolo. He asked the children to draw what that felt like. 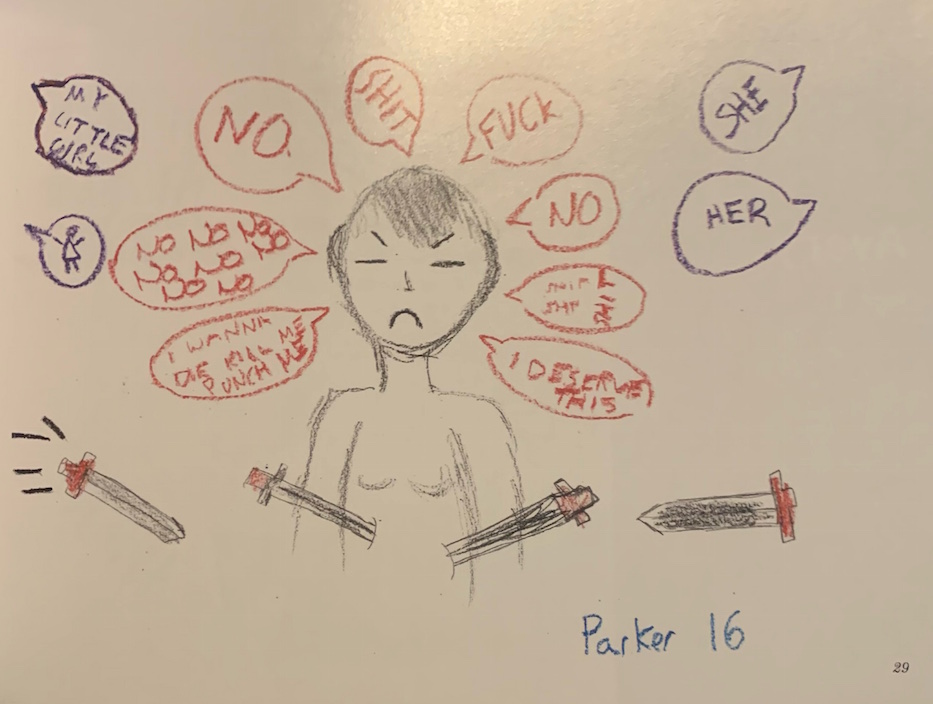 Their drawings sparked the idea for Ferraiolo’s books, Artistic Expression of Transgender Youth, of which there are two volumes. A third volume is expected to come out mid next year.

This year, Ferraiolo is busier than usual due to the pandemic. He's attending more virtual meetings, which has made it easier to meet with more groups including those outside of the state. While he has stopped his art classes, he has continued to lead trainings, support groups, and workshops over Zoom.

“He has also been an invaluable partner to the Center,” he added. “I am so thankful for all of the ways he has worked with me to make sure that trans youth feel they have a space at the Center.”

“If a child hopes for a better life, they would not want to take their life,” he said. “Guide them down a road of happiness. That’s our responsibility as adults, in young beings life is to help them and minimize those horrible dangerous roadblocks they face by not being accepted.”

This piece comes to the Arts Paper through the Fall 2020 cohort of the Youth Arts Journalism Initiative (YAJI), a program of the Arts Council of Greater New Haven. This year, YAJI has gone virtual. Read more about the program here or by checking out the "YAJI" tag.