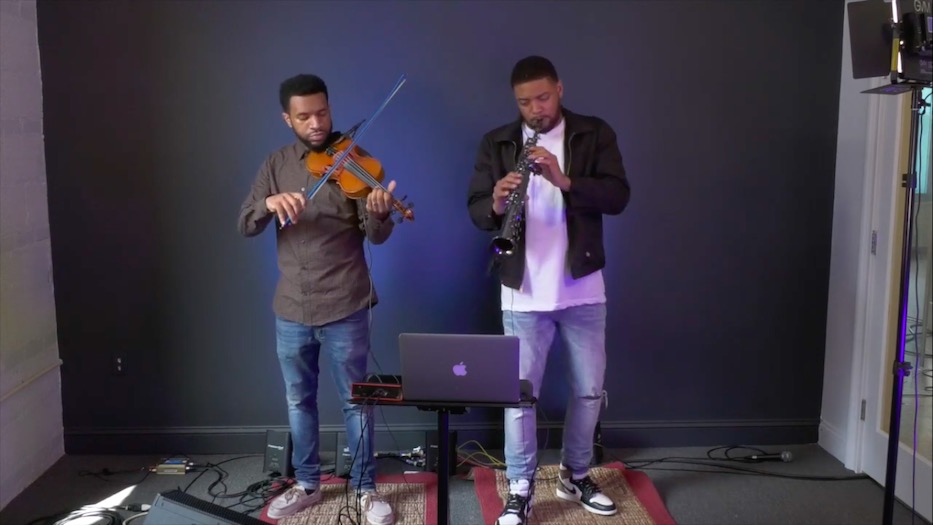 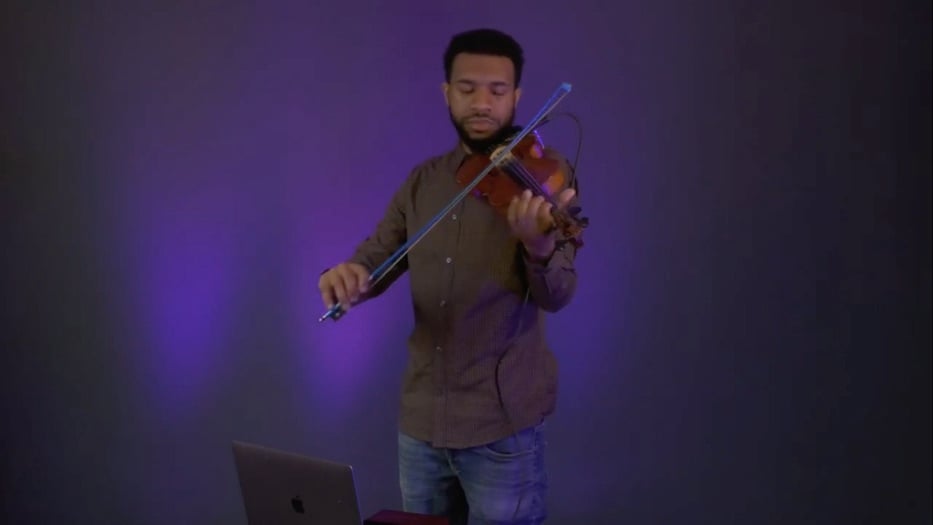 The recognizable strains of Tamia’s “So Into You” drifted from computer screens into New Haven’s West Rock/West Hills neighborhood. John the Violinist played with the beat of the song, his hand bouncing up and down from the arm. It sounded like classical music mixed with hip hop. By the end of the song, it became a highlight of the afternoon.

On a recent Saturday, hosts Carlton Staggers and Iva Johnson presented the West Rock/West Hills Neighborhood Festival, a program of the International Festival of Arts & Ideas. Held virtually because of Covid-19, the two-hour festival brought together artists Boogie Chillun, Corey Staggers a.k.a. Corey Staggz Sax, MegaHurtz Entertainment Dance Group and John the Violinist. In addition, several neighborhood leaders reflected on the past year and spoke out for a united community.

It debuted on YouTube, Facebook Live, and the festival’s website. It is part of an effort to celebrate the Hill, Newhallville, West Rock/West Hills and Dixwell this year during the month of June. Watch all the neighborhood festivals here.

“When we are all on the same page, we work better together than alone,” Staggers said.

Some of the festival’s most moving performances came from artists Corey Staggz and John the Violinist. John the Violinist took the virtual stage in an empty room, using his computer as a backing track. Purplish-blue wallpaper framed him as he hooked his instrument up to an amp and began to play. He closed his eyes and moved back and forth to the music.

He played slowly at first, increasing his speed until his bow was nearly flying across the strings. Behind him, a steady, clop-clopping drumbeat from his computer kept time. He leaned into his playing. At one point, it sounded like the violin was climbing up steps, its voice deep and resonant.  At another, as he covered “Still Not A Player” by Big Punisher, the violin hit every low and high note, singing out where the vocals would have been. When it ended, he transitioned quickly into another track.

The virtual performance moved on to Staggz, who grew up in nearby Westville and shouted out the neighborhood as he set up. He began to play a saxophone solo with music backing him up. In the midst of his performance, he started moving around, upper body swaying. His feet kept time. He was able to close his eyes as the sax slowed with the music.  Staggers added afro-beats to his jazz music, making the performance feel mellow. 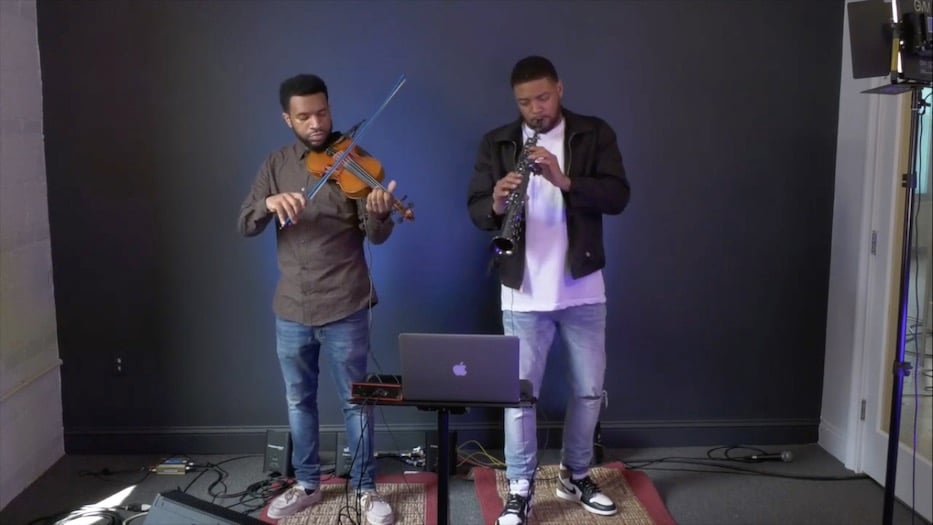 John The Violinist and Staggz also teamed up to close out the festival with a duet.  As they played “If I Ain’t Got You” by Alicia Keys, violin and soprano sax smoothly blended with the piano from a computer providing backing tracks. The instruments rose and fell around each other in harmony. The sax’s vibrato mimicked a real voice, giving the song texture.

During the festival, pre-recorded messages from neighborhood leaders and elected officials cheered artists on and recapped some of the difficulties of the past year. West Rock/West Hills Alder Honda Smith said she struggled to feed the community during the pandemic, and was grateful to every resident, neighbor, and volunteer who pitched in to help. She spoke about creating summer jobs for the youth ages 15 to 20 to clean up the community.

“I am so excited to bring that and more into the community,” she said.

Hadassah Marcano is a junior at Hill Regional Career High School. This piece comes to the Arts Paper through the Spring 2021 cohort of the Youth Arts Journalism Initiative (YAJI), a program of the Arts Council of Greater New Haven. This year, YAJI has gone virtual due to the COVID-19 pandemic. Read more about the program here or by checking out the "YAJI" tag.