With Mobile Market, Common Ground Brings Produce To The People 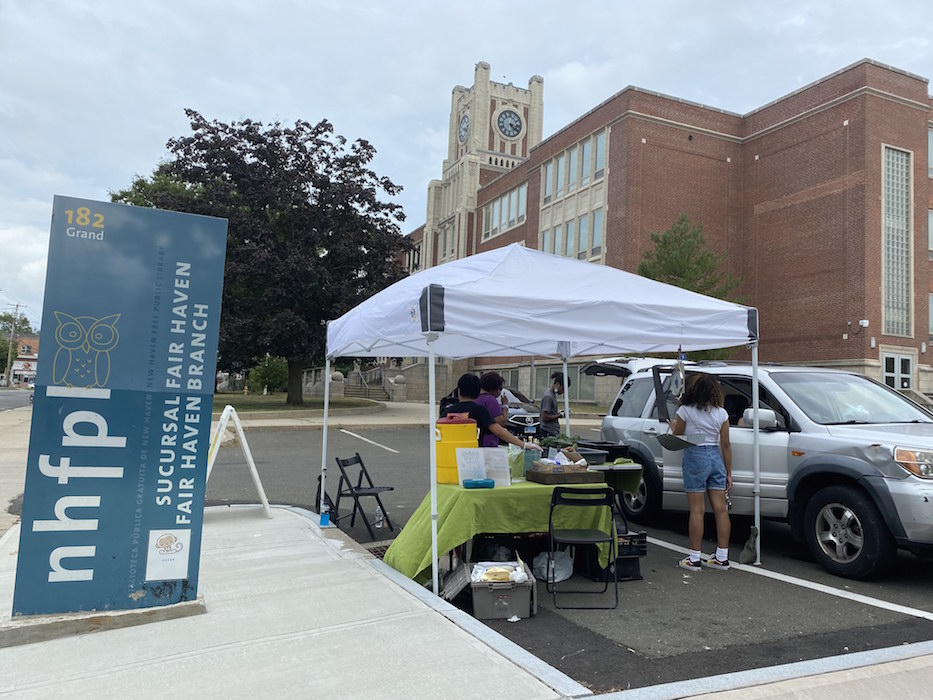 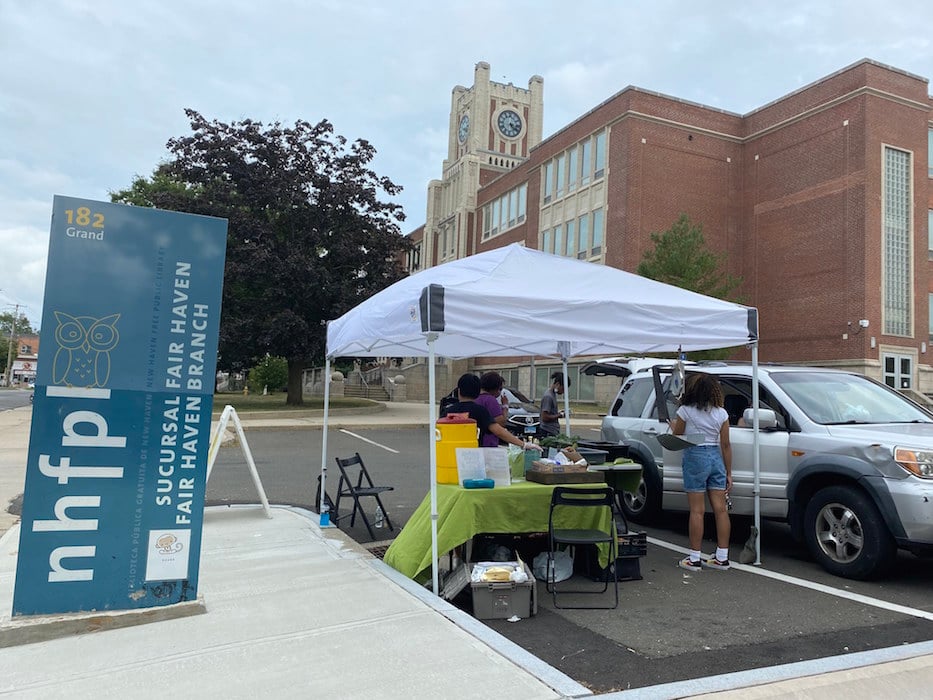 Cars blazed down Grand Avenue as Common Ground junior Vonn Thorpe emptied tomatoes into a hanging scale. Nearby, a child played hopscotch, jumping from foot to foot down the path to the Fair Haven Library. Thorpe carefully deposited the tomatoes into the customer’s bag, and continued helping them select bunches of produce.

This scene unfolded at Common Ground’s Mobile Market, an initiative started in 2012 by students to make produce easily accessible to New Haveners across the city. As the name suggests, the traveling stand sets up shop at various spots around New Haven—last Wednesday, they parked in front of the Fair Haven Library with an array of fresh produce picked from Common Ground and local farms.

On a given week, the market might appear at the Twinbrooks Apartment Complex, Cornell Scott - Hill Health Center or Bella Vista among several other locations.

“It’s nice being able to see different faces, and especially since I grew up around this area I'm familiar with most faces and the neighborhood in general,” Supervisor Javieth Acosta said. “So a lot of Spanish speakers, a lot of different types of backgrounds. It’s nice to see everybody come out and be able to use their resources.” 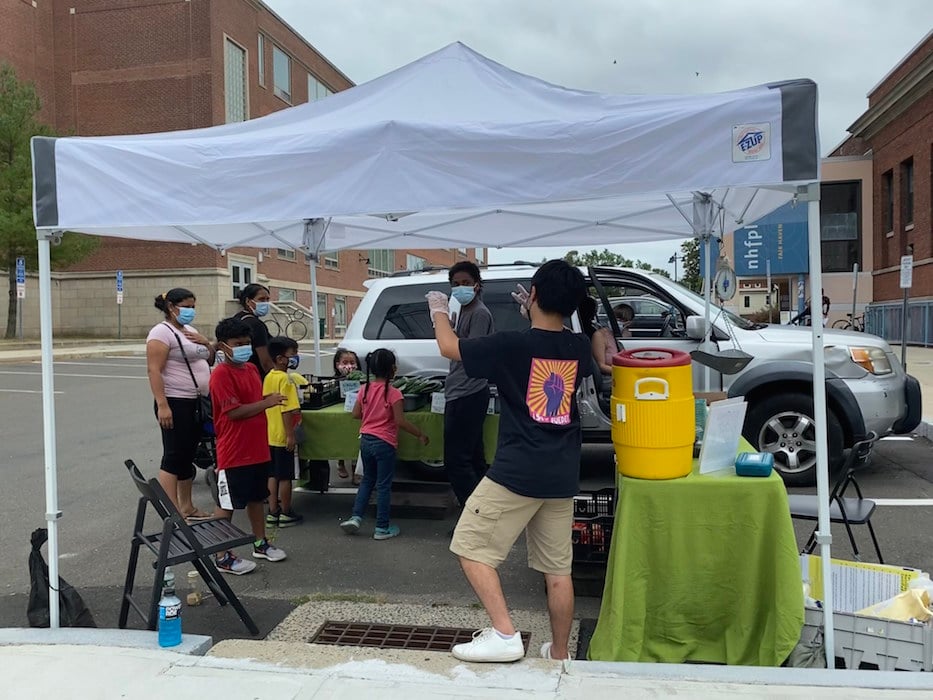 The market accepts several different payment methods, which allows all types of people to be able to get their hands on fresh produce. If customers use EBT benefits to pay, they can purchase everything at half the price, which allows them to get a whole grocery trip’s worth of produce for only five dollars. It’s rewarding to be able to provide that for people, Acosta said.

Thorpe, a rising junior at Common Ground High School, is bringing his experience working on Common Ground’s farm to the Mobile Market. As part of the school’s Green Job Corps, which places students at several environmental workplaces in the community, Thorpe is in his first season of selling greens at the market.

“I like it,” he said. “It gives me good experience speaking to people and getting ready for the real world.” The job also gives him the opportunity to learn more about produce and the community.

Wednesday was the first day for Alex Guzhnay, a rising sophomore at Yale University who is running unopposed to represent downtown on the New Haven Board of Alders. Growing up, the Fair Haven native said his family would take advantage of similar programs in the city. Being able to speak Spanish allows Guzhnay to translate and help people get the food that they need, he said.

As someone who has been active within the Fair Haven community, “it’s always nice to give back.”

The Covid-19 pandemic has definitely changed the way the Mobile Market runs, said supervisor Jamie Hitchcock. Most people pay using Farmers Market Nutrition Program (FMNP) coupons. The market aims to serve elderly people who may not have easy access to fresh produce, but also caters to many families as the program has two categories—women, infants, and children (WIC), and seniors (SFMNP). However, the distribution of these coupons was delayed this year, which meant the market couldn’t sell and people couldn’t get their food.

The stand also sees a lot of purchases using federal Supplemental Nutrition Assistance Program or SNAP benefits as well. Even though the pandemic slowed progress down, Hitchcock said she is hopeful for the future and suspects that “as time goes on, we’ll get better and better at it.”

“There was a gap because of the pandemic, but we’re still getting produce to people, and we need that-- the world needs that,” said Hitchcock.

A schedule for Common Ground’s Mobile Market is available here. Julia Rosado is an alum of the Arts Council's Youth Arts Journalism Program working as an intern with the Arts Paper this summer. She is a rising junior at James Hillhouse High School.