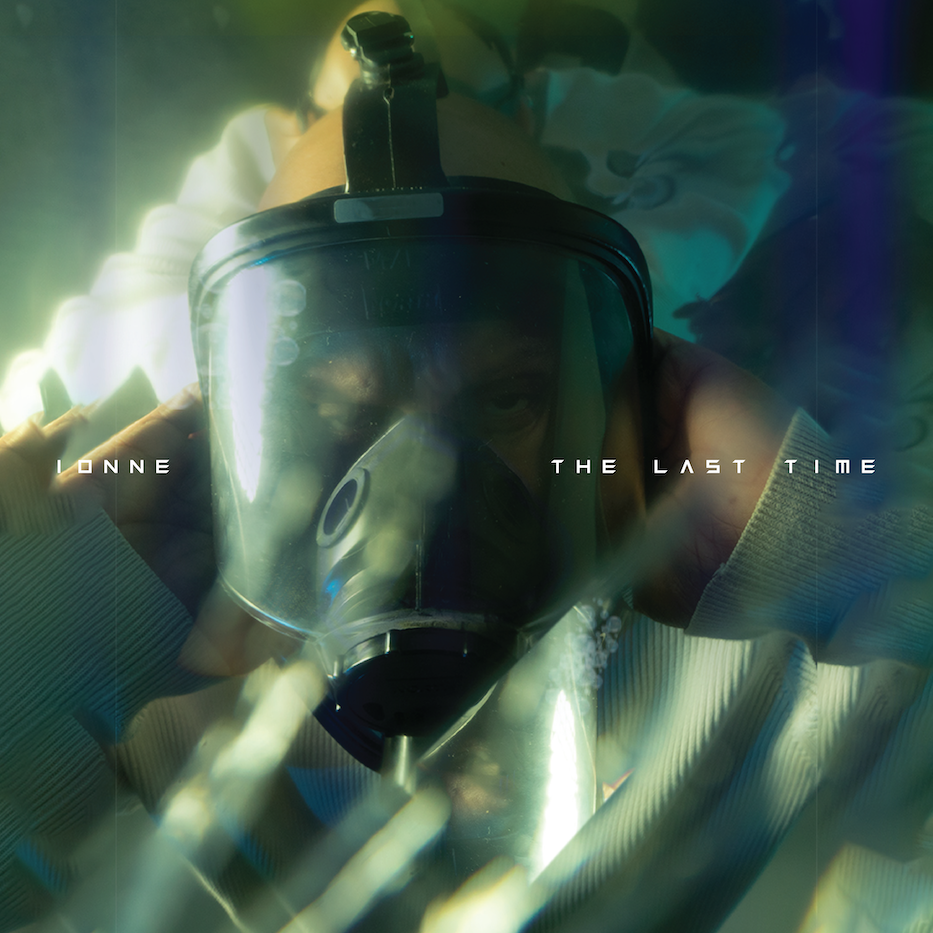 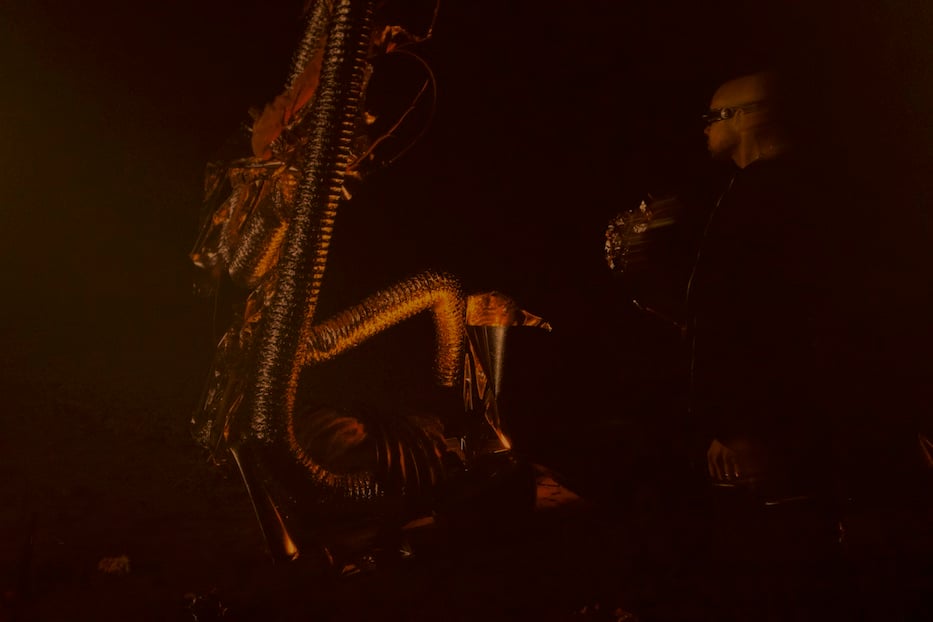 Abstraction, planets and futuristic scapes glowed to an intensifying electronic hum. Vibrations dominated the room. All ears leaned toward the stage as lights speckled through the darkness. And with that, musician and producer Ionne’s latest work was out in the world.

Ionne is the creative brainchild of Dr. Maurice Harris, director of marketing at the Yale Schwarzman Center. Friday night, music lovers gathered at NXTHVN for the release party of the electronic artist’s latest album Fracture, which follows his 2021 For Those Who Remain. The album was completed in collaboration with The Collective NHV, a creative media company founded by Black creatives in New Haven. They include artists Kasaad Bullock, Stephen Jackson, Vijor McCray, and Xavier Hill.

Ionne’s musical inspiration for the album centers on what he calls “new normals,” he said in an interview with the Arts Paper before Friday's event. Pandemics, violence, prejudices—they are all things that society has normalized in his eyes. “As if by normalizing these things we could tolerate more and tolerate them longer,” Ionne said.

Ionne hopes his music is one such intervention. 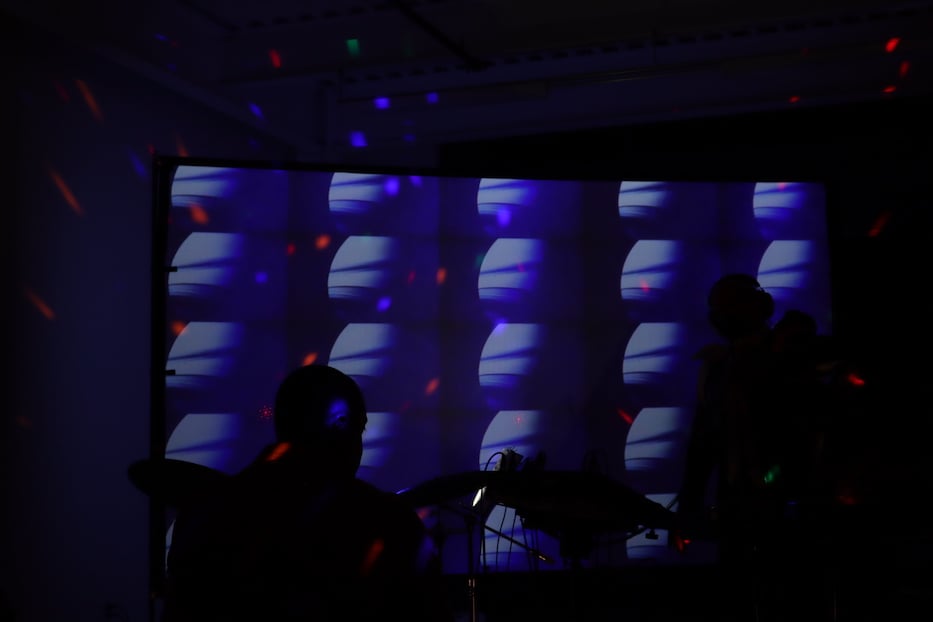 The release party began with refreshments before Ionne performed songs from his latest album, accompanied by Alicyn Yaffee on guitar and Wen-Ting Wu on drums. Projections and lighting, orchestrated by projectionists Sam Skynne and Hannah Tran, synced with the deep electronic sounds. The team's combined efforts resulted in eclectic sonic resonances that sought to immerse the audience into an alternate universe.

Friday was the first time the three had met and performed in person.

As part of his collaboration with The Collective NHV, artists had also installed photography throughout the gallery. Each photoshoot was inspired by a specific song on the album; “Burn,” “Human,” and “Acid & Wine” were three particular songs highlighted. This convergence of visual art and music is a part of the new style Ionne hopes to establish, he said.

Ionne reached out to NXTHVN “in the hopes of producing the release party and exhibition because of their alignment with [his] approach to art-making,” he added. The factory-turned-incubator opened in 2019 as a space for emerging artists and curators of color. It welcomed its fourth cohort of creatives, who have studio space in the building, earlier this year. 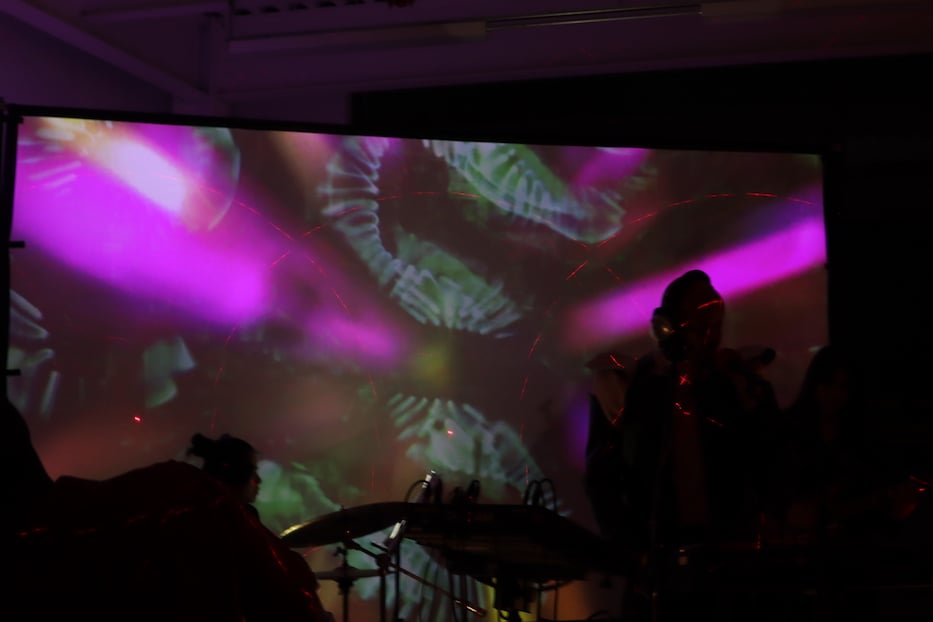 When setting out his creative vision for the project, Ionne told The Collective NHV a story of a cyborg sent through space to find a version of humanity that had survived all its difficulties. His musical process, he noted, is heavily linked to his background in leadership studies. When creating he asks the question: “How do we use music as a way of leading positive social change?”

“[Ionne is] a client that has pushed our boundaries creatively” said McCray, creative director at The Collective NHV.

The Collective Co-founder Bullock said he “had absolutely no idea” how to create a “spaceship crash landing shoot” on the beach when Ionne came to them over a year ago, but that experimenting with his vision led to rewarding results.

“We just went to the beach and started breaking stuff and throwing stuff down,” he said.

Hill and Jackson, who could not be in attendance Friday were also a part of the creative vision.

As both Ionne and himself entirely, Harris has been exploring music since he was a child, taking up piano and trumpet lessons in the third grade. A son of a Air Force family, Ionne moved around extensively, solidifying his passion for music in Germany where he would play at the Department of Defense’s chapel services. There, he found his impetus for creating music to incite change. 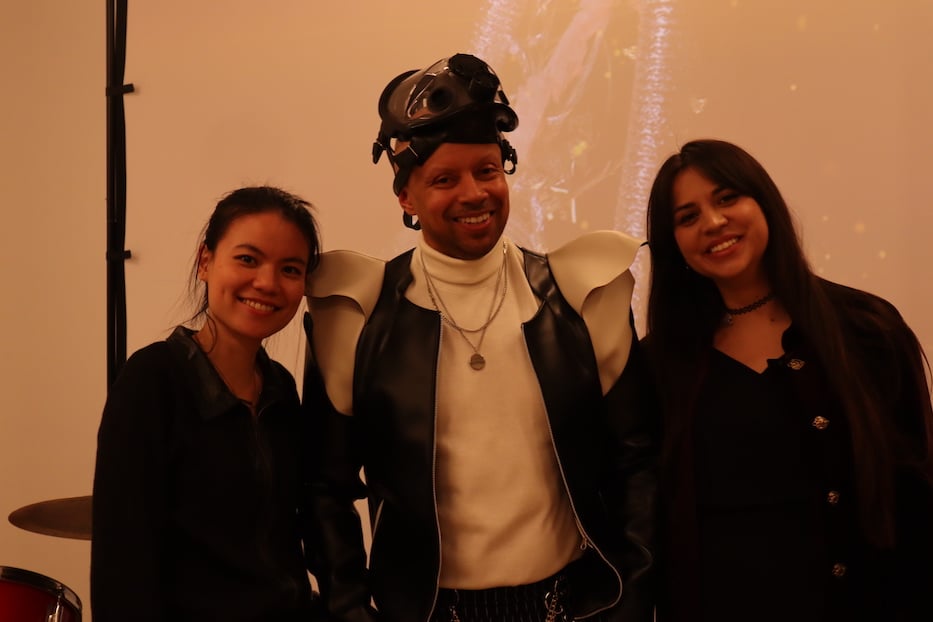 One of Ionne’s songs performed Friday evening, “Acid & Wine,'' inspires listeners to be cautious of escapist tendencies, even in a harsh world. The song loops mechanical and robotic sounds with a distinctly eerie feel.

“When things are so painful … Where do we run to? These escapes can be dangerous,” Ionne noted.

Many of his songs followed a similar cautionary tone, speaking out about humanity’s relationship to the planet. On a slightly less metaphysical note, Ionne’s song “Me Alone” shares the struggles of healthcare workers at the onset of the pandemic with lyrics like “unmask to take a breath.”

The original lyrics and music were composed by Ionne’s sister Adrienne Harris, who worked as a nurse during the height of the Covid-19 pandemic. Ionne recalled his sister dealing with death on a daily basis, and sharing “stories of nurses crying in the stairwells.”

Ionne reworked the composition of his sister’s original piano to be in tune with his “futuristic” style and—as his brother and Grammy-nominated guitarist, Rod Harris Jr. said—“He put [the song] on steroids.” Ionne and his brother co-founded the independent record label, 5015 records,  representing him.

Ultimately, Ionne said he wants to create “songs that have a deeper meaning than a feel good song”---transcending the times in order to bring audiences into the reality of what the future, without change, may be.

“I don’t usually think [this] deeply about music,” noted Stephanie Gosteli, HR Director of Learning and Development Programs at Yale.

Ionne said combining his music with the gallery exhibition was “a very new concept for us” but that he hopes to continue moving forward in this direction. 5015 records will continue producing music that serves to be a “soundtrack for the arts” and for social change.