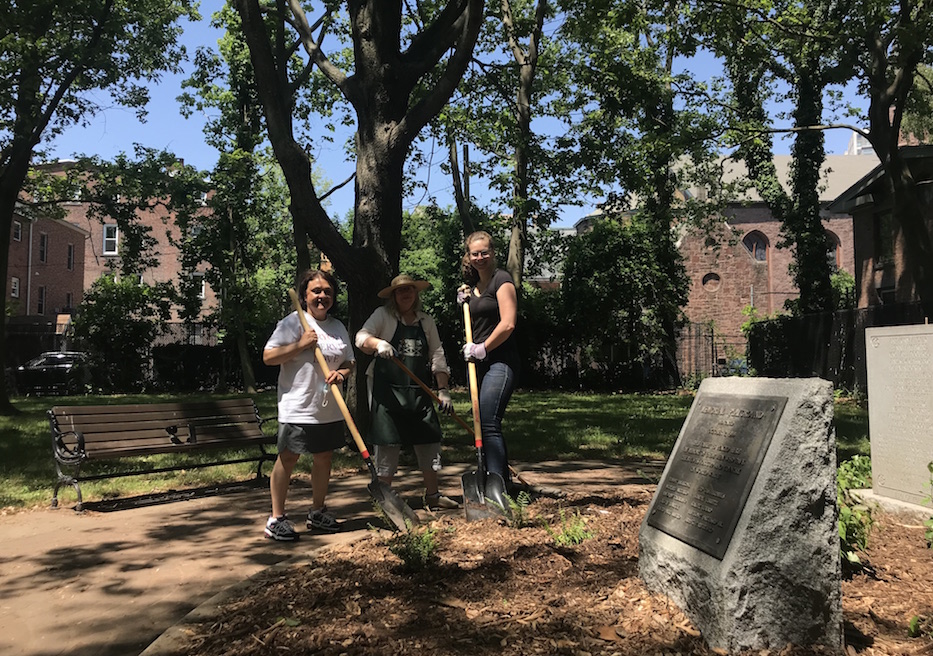 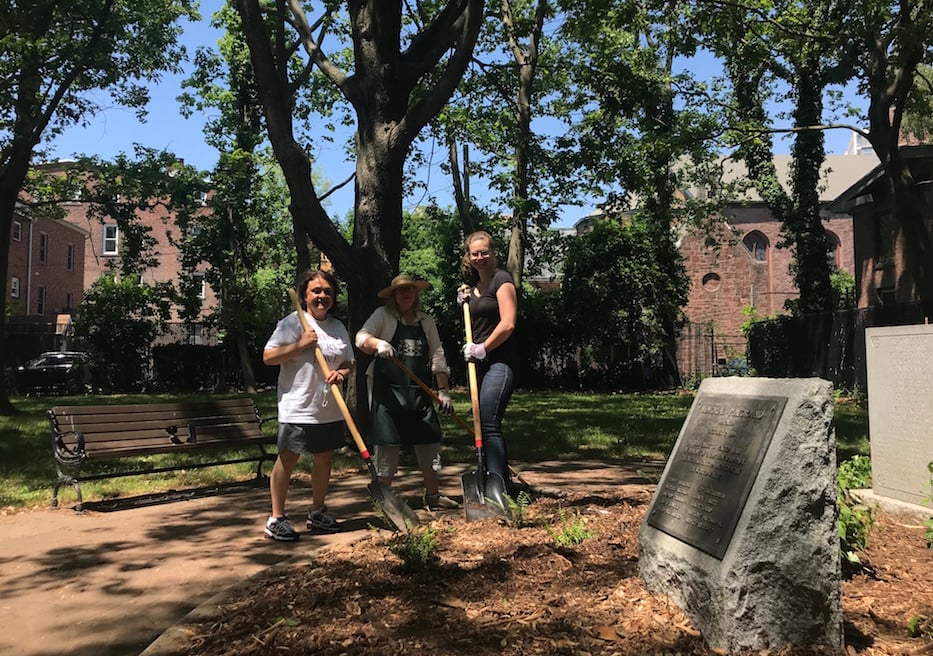 Neighbors rolled in to Wooster Street Memorial Park one by one, standing and chatting at first. They had hats on and looked ready for work. And they were. Rakes, gravel, and plants sat on the ground, waiting. Soon, they were all in use.

Those were the sights and scenes at Wooster Street Memorial Park Saturday, as neighbors gathered to plant flowers, rake a bocce court, and meet each other. The small park sits on Wooster Street beside Depalma Court.

“The Wooster Street Memorial Park Clean-Up”—though the park resembled an oasis from the start—was organized by the city’s anti-blight Livable City Initiative (LCI). The clean up has become a semiannual tradition. 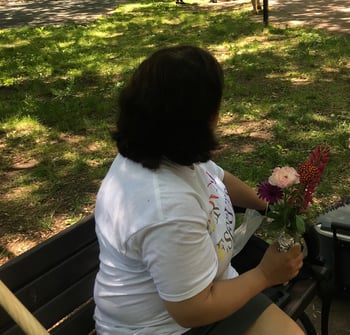 It became clear quickly that Saturday’s volunteers had more than one agenda. Beyond cleaning the park, residents gathered to bid a heartfelt adieu to Mendez, who is being reassigned from Downtown/Wooster Square to Fair Haven. In Fair Haven, she will be replacing Laurie Lopez, who is headed to the Department of Public Works.

“I’ve had a lot of interesting projects throughout my life, working for the city of New Haven,” said Mendez when asked to describe her current job. “But this is the most fun.”

Mendez, who has worked nine different jobs in the City of New Haven, said meeting people is the best part of her current role. “This community is really nice.”

“Carmen is the best of the best,” said Alan Teitleman, a communications professor at Naugatuck Valley Community College who arrived in October, in a truck on street cleaning day. He moved to New Haven from North Carolina with the intent of trying something new and leading a mostly private life. Then he met his neighbors.

He described Wooster Square as “a neighborhood where you really feel that sense of community.” Mendez is a big part of that.

“She really is,” he added before giving her a hug and leaving the park.

“We didn’t want her to go,” said Anstress Farwell, president of the New Haven Urban Design League. “We protested.”

From Mendez to Teitleman to Farwell, Saturday’s gathering featured a group of neighbors connected by one thing: commitment to their community. 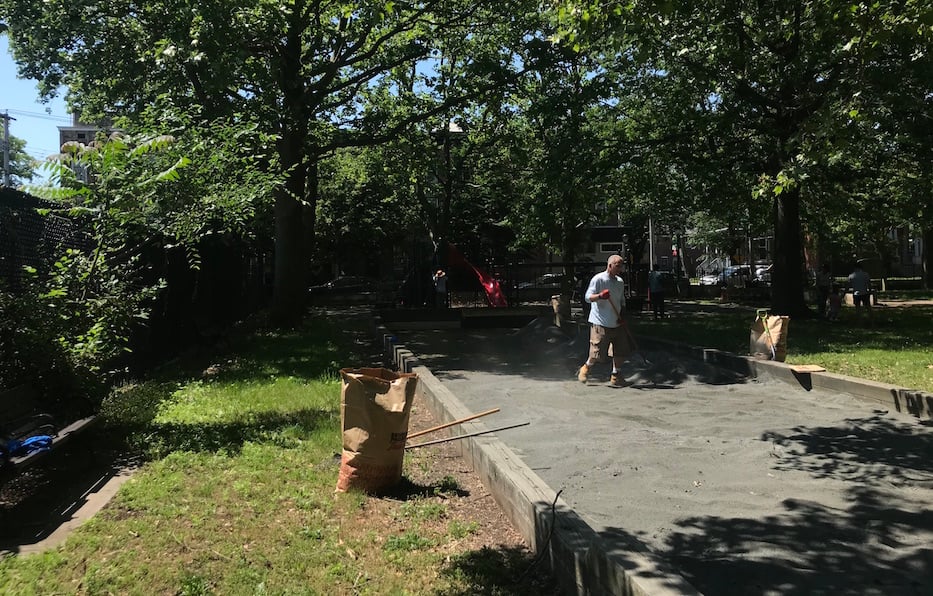 Iovanne at the cleanup.

Bill Iovanne, president of Iovanne Funeral Home, described the clean-up as “a bunch of neighbors getting together on a Saturday to clean up and make the park a pretty place to hang out.”

For Iovanne, family and community bring meaning to life. Like his father, who raised him on Wooster Street, he said he is committed to service. He often comes out onto Wooster Street to clean up discarded pizza boxes before heading to work each day.

“We’ve been doing this for years,” he said. “Socializing, building community.”

“This is home," he added, looking around the park, with the leaf blower roaring behind him. "All of this is my backyard.”

Katherine Jacobs, chief landscape architect for the City of New Haven, joined Iovanne as he raked the bocci courts to-be. “You have to take care of your home, right?”  she said.

Jacobs said she loves parks, especially the 160 that can be found all around New Haven. For her, parks are “everybody’s shared living room.”

All the while, Mendez took a seat at a nearby bench, where Farwell stood close. The two shared steady laughter until Downtown/Wooster Square Alder Ellen Cupo rode in on a bicycle with her husband and son. Cupo’s family had a delivery for Mendez: a bouquet of flowers.

Mendez, dressed in a white t-shirt that read, “Everyone Deserves Love,” held in her hands the bouquet of flowers. Meanwhile, the recently planted flowers took root in the soil below.