“Yemandja” Paints A Journey of Healing Far From Home 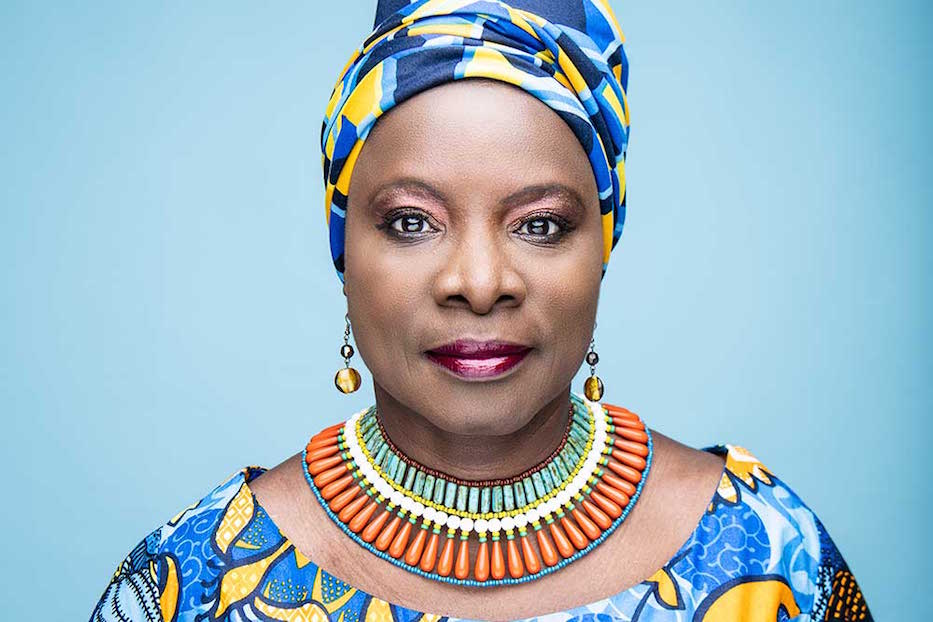 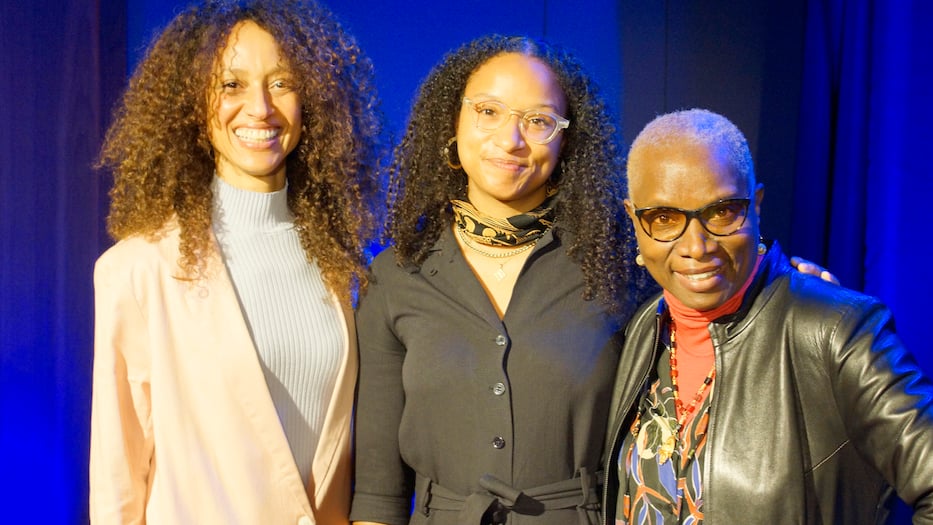 The audience sat in a trance as traditional West African rhythms soared over the room. The lyrics painted a picture. Their sense of unity alone is too far to remember/Africa’s home is too far, they began. Some attendees closed their eyes, while others responded with quiet humming. Soon they forgot where they are from./Africa’s home is too far, so they forgot where they are from. Attendees nodded, connected to the lyrics. Go far, so far, too far, too far.

They were, perhaps, imagining what home and healing would look like for enslaved Africans, taken to unknown lands for profit.

Sixty people filled the Underground at Yale’s Schwarzman Center (YSC) Wednesday afternoon for “Yemandja & The Birth of a Musical: One Family’s History with Slavery Through Art,” a conversation between grammy-winning Beninese musician Angélique Kidjo and her daughter, Naima Hebrail Kidjo about their new work Yemandja: A Story of Africa. During the 90-minute discussion, the themes of both home and healing from collective trauma took center stage.

It included a performance from the work, which Kidjo conceived with both her daughter and husband, Jean Hebrail.

“This play is to let go of our anger and our pain to have a purpose,” Kidjo said. “We need to ask the questions, ‘What are we here to do?’ Yemandja lets us know our story, what we share in common through history. It’s about how we can honor our heritage and heal.” 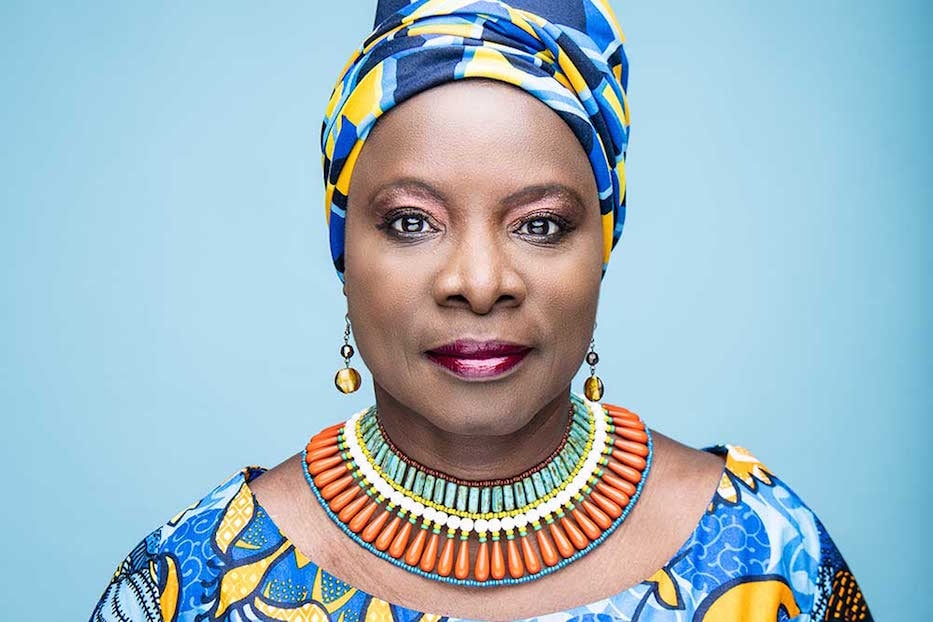 Angélique Kidjo: "Yemandja lets us know our story, what we share in common through history. It’s about how we can honor our heritage and heal.” Photo courtesy of THE OFFICE performing arts + film.

For 15 years, Kidjo, Hebrail and their daughter have carefully crafted the musical to center family, the global effects of enslavement, and the Yoruba tradition. In the musical, Yemandja—the Yoruba goddess of water, fertility, and love—guides a child and their family through the nuances and complexities of resisting slavery.The work probes slavery’s role as a business proposal that had (and still has) lifelong social, economic, and mental impacts not only on African people, but cultures and religions globally.

In part, it came from Kidjo’s own interest in being able to talk about enslavement. Growing up, the musician was raised in an environment where slavery wasn’t discussed or taught in schools. Expressing anger around the history of enslavement through her songwriting was not acceptable in her household. When she had a chance to use her musical platform to fulfill a years-long goal, she set off to do it.

“Slaves lived this experience, and we weren’t going to rewrite history,” she said. “We wanted to highlight the rhythms, music and the instruments that were used in the traditions of the African Diaspora.”

At the core of their work was the importance of international healing amongst all cultures, regions, and religious sectors.  After growing up in an environment where learning about different cultures and religions was normal for Kidjo—unlike what traditionally happens in America, she said—it opened her mind to the possibilities of how others learned about deities and historical family traditions.

From lighting to casting to wardrobe, Kidjo said that every detail in production was meant to give audiences a sense of traditional practices of West African culture. She pointed to the inclusion of Yoruba Deities, blue and red African garments, traditional West African music and rhythms, lighting cues and set pieces that pay homage to the ceremonial ivory masks worn in Benin. Together, all are meant to play in the healing and celebration of culture in the African Diaspora.

“In the musical, we worked with Benin Ivory Masks that were given from the Queen Mother to her son who is King, and the representation on the masks is very monumental,” Kidjo said.

Kerry James Marshall, an American artist and painter known for his paintings of Black art, designed the album cover and on-set art for Yemandja. Kidjo was excited to work with Marshall, she said—she’s a big believer in the importance of collaboration. Other partners on the work include Mary Jane Marcasiano, Kathy A. Perkins, Rasean Davonte Johnson and dancer Beatrice Capote among others. 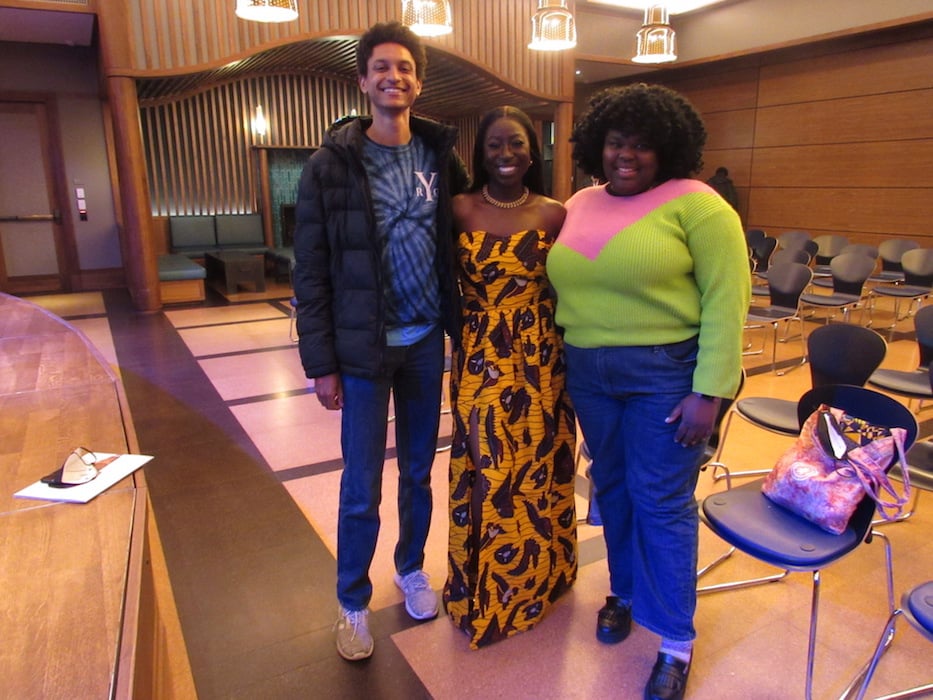 As the conversation continued, attendees jumped into the dialogue with questions. Students from Togo, Cameroon, and other countries across the African Diaspora all expressed their excitement and appreciation for  Kidjo and forYemandja.

"My mother would sing Angélique's songs to me at night as a child growing up,” Logan, an undergraduate English student at Yale, said. “Seeing a family do what this family is doing to highlight the narrative of family and faith within West African culture is amazing to witness.”

Since the onset of the tour, both mother and daughter have been received with standing ovations from the crowd.  From tears, to pain, to smiles and joy, the audience was filled with many different emotions.

“I want the piece to create a conversation, I don’t want people to feel guilty,” Kidjo said. “ If you are, feel it and then pass it on. We are all connected, and can heal together.”

Angelique and Naima are excited to present Yemandja: A Story of Africa in performance for Connecticut in the fall of 2023.