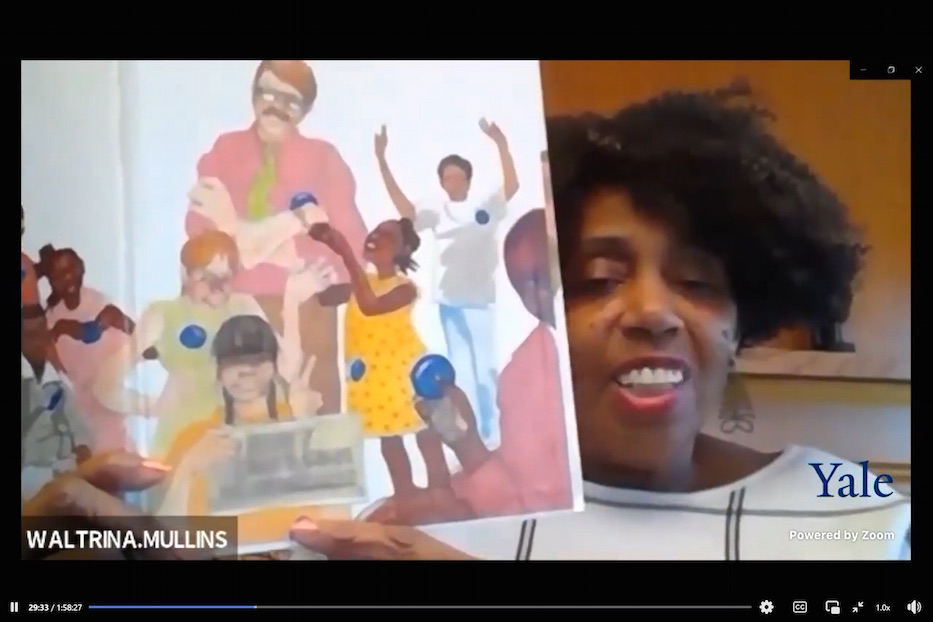 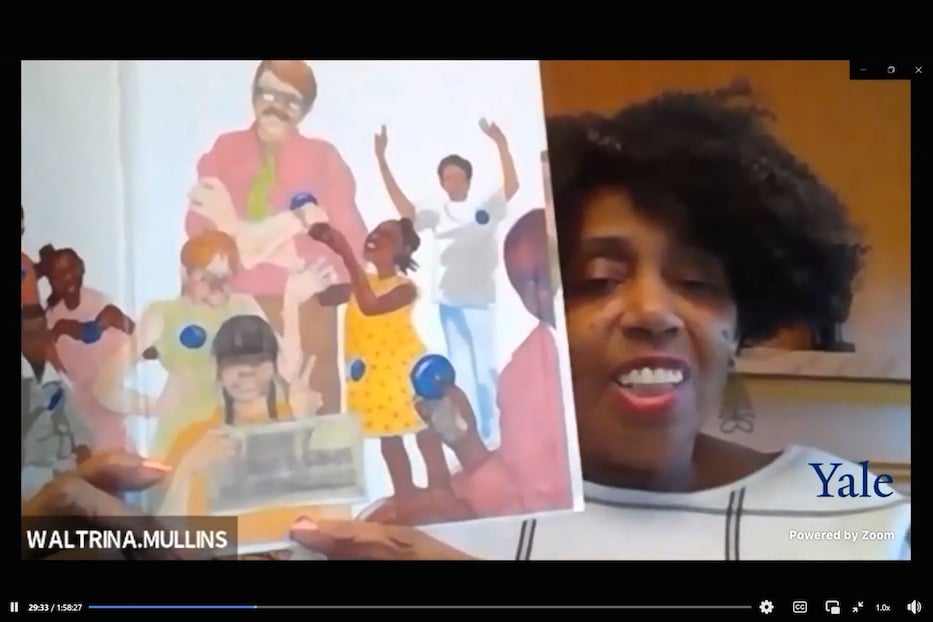 Waltrina Kirkland-Mullins held a copy of Mr. Lincoln’s Way in her hands, peered into the camera and posed a question to her listeners: “What can we do to make America a culturally inclusive, better place to live for all?”

Kirkland-Mullins, a multicultural children’s literature specialist and teacher in the New Haven Public schools for over 27 years, kicked off a morning of family-friendly programming Monday, as the New Haven Museum and Yale Peabody Museum of Natural History joined forces for the 26th Annual Celebration of Dr. Martin Luther King, Jr.'s Legacy of Social and Environmental Justice.

Due to the ongoing Covid-19 pandemic, the entire celebration was entirely virtual (watch panels here). A veteran reader at the event, Kirkland-Mullins returned with Mr. Lincoln’s Way, a children’s picture book by Patricia Polacco.

Mr. Lincoln’s Way follows pivotal interactions between Mr. Lincoln—the “coolest principal in the world,” according to Polacco—and Eugene Esterhouse, a school-aged bully “with a capital B.” Eugene is not a good student, struggling in his classes from English and to art.

Kirkland-Mullins read a scene in the book in which Eugene leers and pushes down a girl, calling her “a scumball.” The girl promptly lifts herself back up, and threatens to tell Principal Lincoln what Eugene has done. Eugene retorts that he isn’t “afraid of that n–”

“Uh oh,” Kirkland-Mullins interrupted gently, sternly. She looked up to her audience, disappointed at Eugene. Though she was reading from the book, she was also talking directly to her listeners.

“He used the word that rhymes with bigger,” she said. “But you’d better not use that word, because it’s a word that denigrates people.”

Mr. Lincoln was there to witness the whole incident. He knew then that he had to find a way to “reach” Eugene, Kirkland-Mullins continued.

It was through a bright red cardinal that Mr. Lincoln was able to connect with Eugene. After noticing Eugene’s love for birds—instilled in Eugene by his farmer grandfather—Mr. Lincoln asked Eugene to help him fill the school’s new atrium with birds. Reluctant at first, Eugene accepted the offer. He spent the next week poring over a book about birds that the principal had gifted to him.

While he wasn’t doing either of those things, Eugene was well-behaved in class, to the surprise of his teachers.

Kirkland-Mullins recounted this montage with excitement, a subtly increasing reading pace, and quickening page flourishes. She slowed down once to ask her audience if they, like she did, thought “some kind of change is starting to happen.” Sure enough, it seemed that as Eugene worked, the illustrations of the atrium grew more and more colorful.

Birds, from vibrant nuthatches to two mallards, now filled the atrium. Looking at their work, Eugene gave Mr. Lincoln a thumbs up, and Mr. Lincoln placed a proud hand on Eugene’s shoulder. The atrium was bursting with life, and Eugene wasn’t so mean anymore.

But just three days later, Eugene wound up in Principal Lincoln’s office again for slurring at Mexican students in the lunch line. Eugene revealed that he got into big trouble with his father for staying to help with the atrium. He’d been pushing the racist ideals on Eugene the whole time.

“He says you are not our kind!” Eugene cried to Mr. Lincoln.

Mr. Lincoln, in wisdom and kindness, but firmness, gestured to the atrium. “Eugene, sometimes people get trapped in their thinking almost as surely as those ducklings will be trapped in that atrium,” he said.

“I see sparrows, jays, cardinals, nuthatches, and even the mallards,” he continued​​. “Don’t all those different types and colors make this place a beautiful place to be? For all of them?”

Eugene conceded, in tears, and Mr. Lincoln asked Eugene to promise that no matter what happened at home, he would treat all the students at school with respect. Eugene agreed.

Eugene kept his promise to be respectful, and made a promise of his own: a declaration that one day, he would make Mr. Lincoln proud.

“I won’t read you the last sentence,” Kirkland-Mullins said. “But look at this picture, and the sign this little girl is holding up.”

On the page, an Asian student and classmates of different racial backgrounds gathered happily around a tall white man. The sign she held up read: Room 7, Grade 4, Mr. Esterhouse.