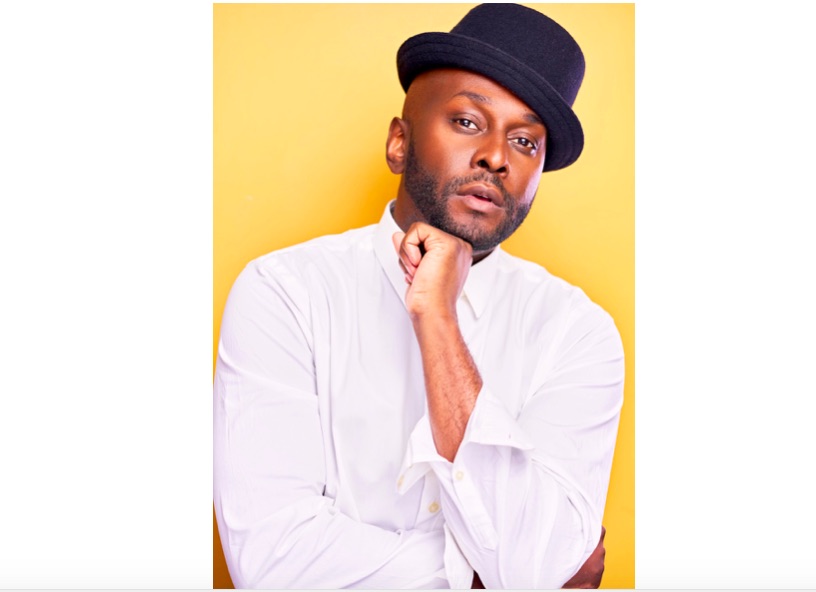 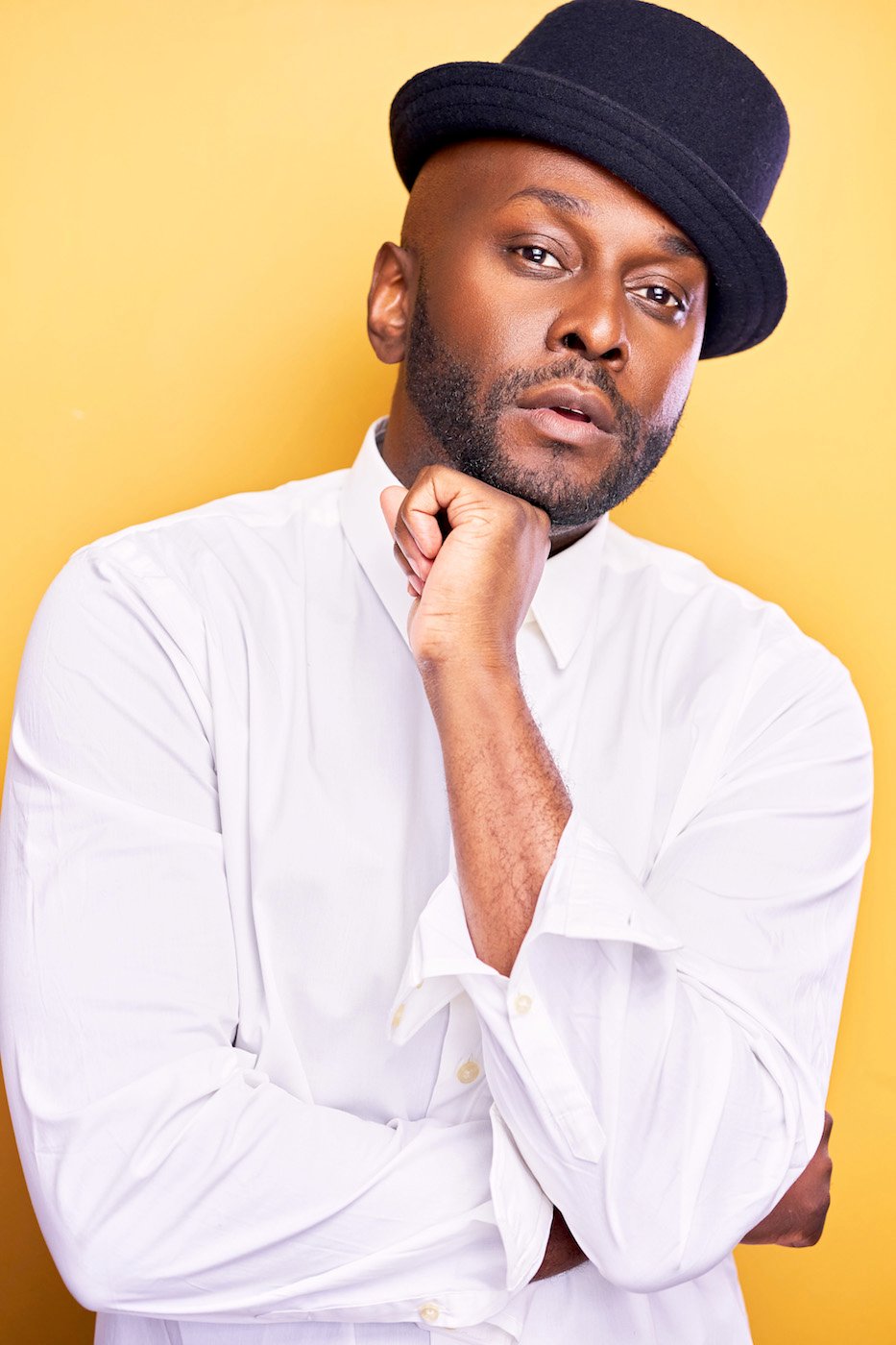 Lights up. Curtains open. On a stage-turned-church, the Jenkins family has come together to lay their patriarch to rest. Inside the sanctuary, barbs fly. There are sisters at odds with each other, cousins on the cusp of reconciliation, partners figuring out what their relationship is. Music swells around the family, and sounds something like home.

If it feels like a family reunion at Thomas Chapel Church of Christ, it’s supposed to.

This fall, playwright Douglas Lyons is returning to his New Haven roots with Chicken & Biscuits, a newly-minted Broadway play shaped by and set in the Elm City. Directed by Zhailon Levingston, the show opens at Broadway’s Circle In The Square Theater later this month. For Lyons, who first premiered the work at Queens Theatre in early 2020, the moment has been decades in the making.

“It is the laughter that the world needs,” he said in a recent phone interview. “The show is in part about loss, because there’s a character onstage that we don’t see. It’s about reconciliation, it’s about joy, it’s about healing. After the year we’ve had, being so isolated, it’ll be nice to see a group of eight actors come together.”

Preview performances begin Sept. 23, with opening night planned for Oct. 10. In light of the highly infectious Delta variant and ongoing Covid-19 pandemic, attendees are required to mask up and show proof of vaccination. Tickets and more information are available here.

Chicken & Biscuits tells the story of the Jenkins family, pulled together for the first time in years to bury patriarch Bernard Jenkins. Every character has a different relationship with Bernard, from daughter to son-in-law to beloved grandchild.  Set at a fictional St. Luke’s Church in New Haven—not to be confused with the real one on Whalley Avenue—the bulk of the work unfolds at Bernard’s service, as long-festering wounds open up, two boyfriends enter uncharted territory and a family secret tests whether blood is truly thicker than water.

In a funeral at a historically Black church, Lyons has found the right container for the show. He makes room for a kind of deep, expressive and sometimes sharp-tongued grief that is big enough to also hold celebration and comedy. As sisters, cousins, and boyfriends exchange barbs and guard their conversations, the audience is reminded that home and family aren’t always synonymous with comfort.

Along the way, the playwright weaves in questions about what it means to be Black and queer, when and how Black women get to experience loss and joy, and the sometimes murky line between biological and chosen family. He is nimble, jumping from a wailing, unrestricted sort of grief to quips about interracial dating and RuPaul.

For Lyons, who grew up as a preacher’s kid at Thomas Chapel Church of Christ, it is also a love letter to the city that raised him. When he was young, the playwright’s first exposure to the arts came through gospel music in the church, a love he has held onto for decades. As a preteen, Lyons studied dance at Betsy Ross Arts Magnet School, and then went on to play West Side Story’s lead Tony at Hill Regional Career High School.

Even after he left New Haven—first for the Hartt School and then to tour the country in musicals—he never forgot the role that the city played in his career. There is a little bit of the city and a lot of him in many of his characters, including the twenty-something son of tightly wound protagonist Baneatta Mabry.

"I am overwhelmed with gratitude," he said of opening the show on Broadway. "I’m humbled. I’m elated. I am fired up. I’m a little nervous because of this [Delta] variant ... but I feel like the collective hard work of the past five years of my writing career" is paying off.

The show is a triumph for the playwright in a year that has shaken the performing arts. Chicken & Biscuits originally premiered at the Queens Theatre in late February 2020, but the run was cut short as the then-novel coronavirus gripped New York City. During quarantine, Lyons had more time to sit with his work, and watched it flourish as the world remained on pause outside his window.

Meanwhile, he started watching his mother’s Sunday sermons from his bedroom, and then would call her to talk about them. He said that he is constantly in the process of rewriting the script, and growing his footprint as a playwright and a mentor. In the midst of twin pandemics of Covid-19 and systemic racism in June 2020, Lyons launched the Next Wave Initiative, a program of The Directors Company specifically to support Black artists.

He said that he’s excited to be putting a play on Broadway—long seen as inaccessible to both Black artists and Black patrons—that invites theater geeks and church goers alike enthusiastically into the theater. When previews open this month, Levingston will be the youngest director to ever grace Broadway. Lyons said he’s excited to be working with him, as well as a star-studded cast including Michael Urie and Norm Lewis.

He also longs for a New Haven theater that wants to stage and perform his work (”I want to bring it [Chicken & Biscuits] home!” he exclaimed during the phone call). The closest he has gotten is the Legacy Theatre in Branford, which put on his Polka Dots: The Cool Kids Musical this May. His mother, who he visited over Mother's Day weekend, attended it with him.

From New Haven, his church family is rooting him on. His godmother Marcella Monk Flake, a pillar of the Thomas Chapel Church community, remembered watching Lyons when he was just an infant and “you could just see this bent towards music." From church pageants, Monk Flake watched him grow into a young kid who loved singing, so much so that he auditioned at an Apollo showcase when he was just five years old.

“I was so afraid, and this little person just ran on stage,” she recalled. “He always just had this love for music, a beautiful tone, awesome pitch. It’s just so exciting. It couldn’t happen to a nicer young man. Needless to say, we are ecstatic.”

She and her husband, who together run the Monk STEAM and Jazz Collective, are enthusiastically planning to see the show this fall. She added that they are trying to bring Polka Dots to the New Haven community, for the youth that they work with.

Michael Twitty, whose sons Corey and Cameron grew up with Lyons, said he is equally excited for the performance. He bought tickets months ago, shortly after they went on sale.

“I’m thrilled for him,” he said. “You know, that business is not easy. I really hope that after this, New Haven will try to get him here. We have a gem in New Haven—this Black kid that has made a great life on the stage. And I think that should be acknowledged.”

Chicken & Biscuits begins previews Sept. 23 at the Circle In The Square Theatre and officially opens Oct. 10. It is scheduled to run through January 2, 2022. Find out more, including ticket, here.