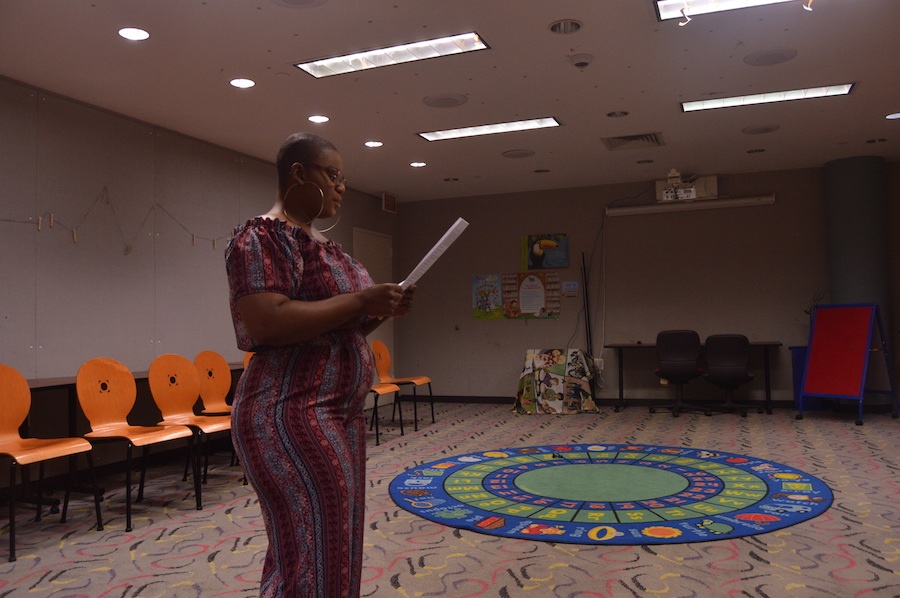 Grandma looked up at the sky. She took a deep breath in. “We traded Leo and Gemini … for McDonald’s and Target and high-rise buildings,” she said.

“I wish we could trade it all back,” replied Ariadne.

These were the lines run in auditions for Imaginary Theater Company’s  “Canary, Cockroach, and Phoenix,” held Monday evening at the New Haven Free Public Library. After producing a play and podcast both titled “Dream Train”  last year, the company took a hiatus while founder and director Starry Kreuger was on the West Coast. Now, Krueger said, the company is back for the summer.

The play follows a young girl named Ariadne, whose grandmother teaches her about the stars and constellations. When her grandmother passes away and her father builds a high-rise building that is so bright that it blocks out the stars, Ariadne must consider the conflict of technology and her love for the stars. Like “Dream Train,” it has a strong grounding in current events, and specifically environmental concerns.

“I started writing plays about things I wasn’t seeing a lot of in children’s theater,” Krueger said, adding that the theme of cityscape and light pollution can’t be found in the average Disney movie. “I let children’s characters be the heroes and lead the action in the play … it gives kids a meaty part so they can really shine.”

Monday, kids led the action in their own auditions as well, filling out their own forms with the colorful pencils Krueger gave them. After finishing a form, a little girl popped up from her seat.

“Show them what you’ve got!” her mother encouraged.

Krueger said that the girl was one of Imaginary Theater Company’s regular participants. In the four years that the theater has been running, it has attracted a small, devoted following for its annual summer plays. When the company added a podcast last year, Kreuger said that “the kids got to explore a different way of acting.”

Last year, she said she also worked with the cast to brainstorm ideas for a new play. She said it’s a move toward an ultimate goal of year-round programming, and producing a play that the children themselves can write.

Throughout auditions, she encouraged the kids auditioning to shine. After hearing one participant read a poem aloud, she asked her to try a few stanzas again as loud as she could, looking up from the paper as much as she could, and taking as many pauses as she wanted. Afterwards, Krueger pushed for a few more lines.

“What’s one of your favorite places?” she asked.

The girl tried again, and after reading lines for the main character Ariadne, she became louder and more confident, engaging with assistant manager Amanda Foley as she read the role of grandma with her.

Some auditions included singing for certain parts, and a brother and sister auditioned with a dialogue they’d written themselves, the older sister whispering to her brother whenever he hesitated at big words.

Rehearsals for the play start on Wednesday, and Krueger said they will be four days a week for two hours each day. “But we’ll break it up with games and stuff,” especially when rehearsals the week before the show get longer, she said.

Usually half of the cast members are children and the other half are adults, creating a mentorship aspect. Actor Kelley Knight read for the role of Ariadne’s grandmother, performing a monologue then singing a song she usually sings for her five-year-old twin daughters. A seasonal project manager for the International Festival of Arts & Ideas, she said she has recently made her way back into the arts after a hiatus she took to take care of her daughters.

“I want to show them that it’s okay to take time for yourself, to be driven as a young Black woman,” Knight said. And just like that, she had already stepped into her role as mentor on and off the stage.