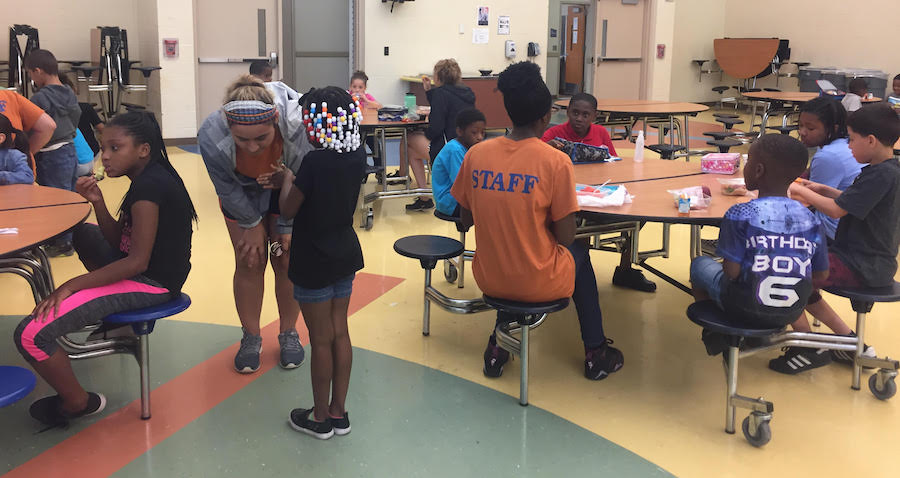 “It’s an open conversation between us and the kids,” said Easy Breezy Director Alex Fargeorge. “We still do all the activities other camps do...it’s tailored to their needs.” Karen Marks Photos.

Azir just had one stop before lunchtime. Already in the day, he had played on the playground outside under the trees, then headed inside to a classroom to hold a snake and learn what a turtle eats. Now he bounded up to a certified nurse’s office to take a pump from his inhaler, and then ran back downstairs to be with his new friends.

Maybe it wasn’t how other kids jumped into summer, but it was working for him.

On Wednesday, Azir joined 23 campers and a handful of staff at Camp Easy Breezy, an evolving program for children with asthma and their siblings ages five through ten. A collaboration between the New Haven Health Department and Department of Parks, Recreation & Trees, the camp started on June 25 and will run for six weeks, until August 4. It is being held at L.W. Beecher Museum School of Arts and Sciences in New Haven’s Westville neighborhood.

Now in its fourth year, Camp Easy Breezy is the only summer camp for children with asthma in Connecticut. In 2014, it was founded with the mission of giving caregivers assurance that their children would have a safe summer camp experience, while also learning how to manage their asthma. In a 2018 report from the Asthma and Allergy Foundation of America, New Haven ranks seventh in the United States in asthma prevalence. 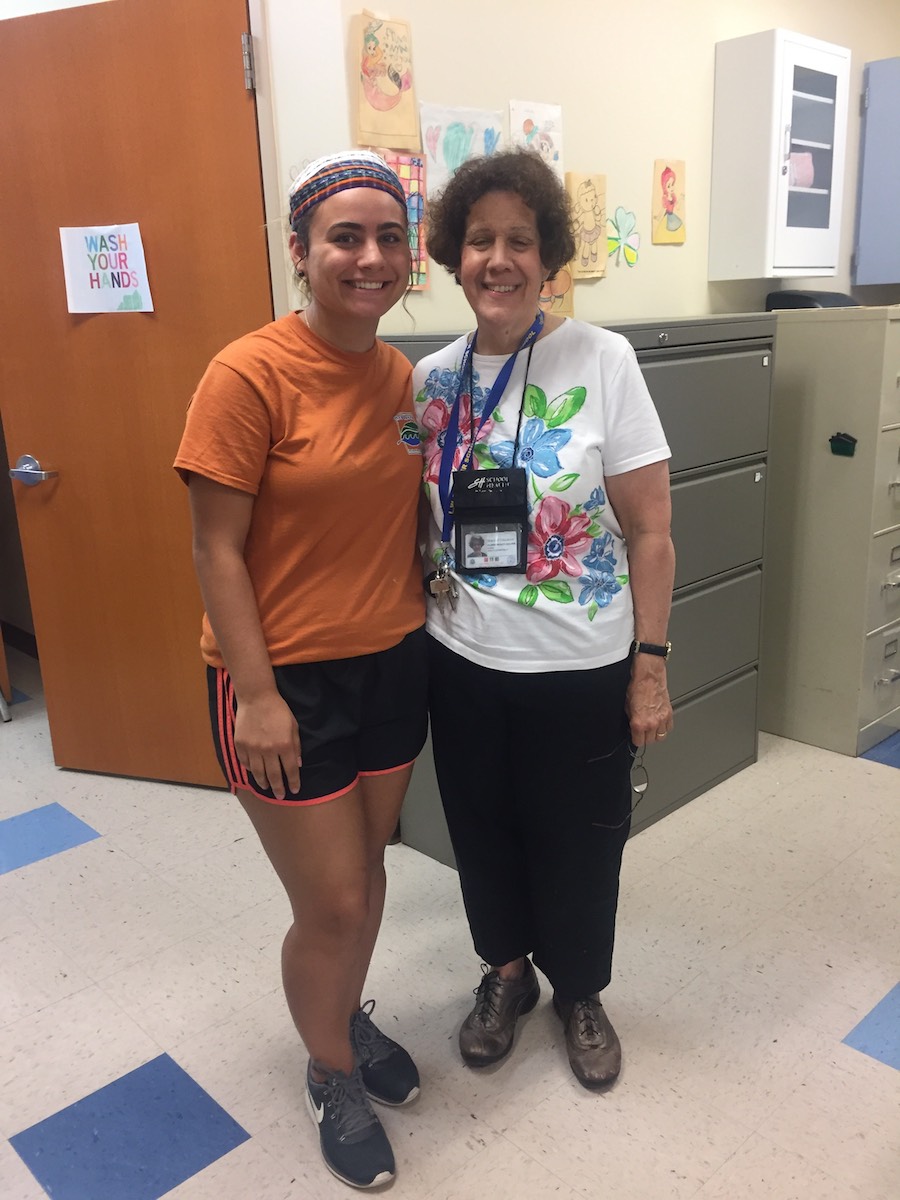 Reached Thursday, City Health Programs Director Brooke Logan added that the city has the highest rate of asthma hospitalizations and direct medical costs in Connecticut. She said that residents in New Haven’s low-income neighborhoods have substantially higher rates of asthma than elsewhere in Connecticut or the greater United States, at 23 percent instead of a 14 percent national average.

She said that there are substantial disparities in asthma prevalence among people of color—22 percent of Black Americans and 21 percent of Latinos self-report an asthma diagnosis. That number hovers at 16 percent for white Americans.

In New Haven Public Schools, Logan added that 15 percent (that's 3,151) of students have asthma and 14.7 percent of those—an estimated 463—have moderate to severe persistent symptoms.

"Camp Easy Breezy provides children with asthma the opportunity to have fun, make friends, and learn how to better manage their condition,” she said Thursday.

In addition to their camp activities, the campers also have an asthma curriculum, starting with the basic definition of asthma. Nurse Gloria Rosati-Culver said it’s important for the campers to be able to understand the symptoms of their asthma attacks—physical reactions like shortness of breath, but also emotional responses, such as feelings of agitation that could also signal an attack.

Rosati-Culver is still coordinating medicines for the campers and first-aid kits for field trips, but said she will be doing a lot more teaching in the next weeks. Last summer, she began each day by telling the campers the pollen count, humidity and temperature,  so that they could understand their asthma triggers over the course of camp.

She has an activity to “make your own mucus,” giving campers the chance to “see” what’s inside their bodies while mixing a slimy goop that delights them. Previous activities have also included a crawl tunnel created by New Haven director of health Dr. Byron Kennedy that modeled the pathways of the lungs.

And she crafts something with campers called a “worry doll,” made of yarn and pipe cleaners. She explained that campers are encouraged to name their worry doll and give their worries to the doll before they go to sleep or when they are particularly anxious, giving them skills to deal with their mental health as well as the physical complications of having asthma.

“It’s an open conversation between us and the kids,” said camp director Alex Fargeorge. “We still do all the activities other camps do...it’s tailored to their needs.”

Fargeorge  added that time is split up between playing outside and doing indoor activities, adjusting to changes in weather such as a heat wave or rainy day that could trigger children’s symptoms. She said that it is important to give the campers breaks from outside without locking them up, helping kids like Azir spend the day learning how to make their own aquarium or play soccer while managing their asthma.

And on Wednesday, her words stuck. After heading back to the cafeteria, Azir and the other campers planned to visit Edgewood Park with their counselors to watch a couple of goats who were grazing there, armed with new knowledge and safety provided by the camp.