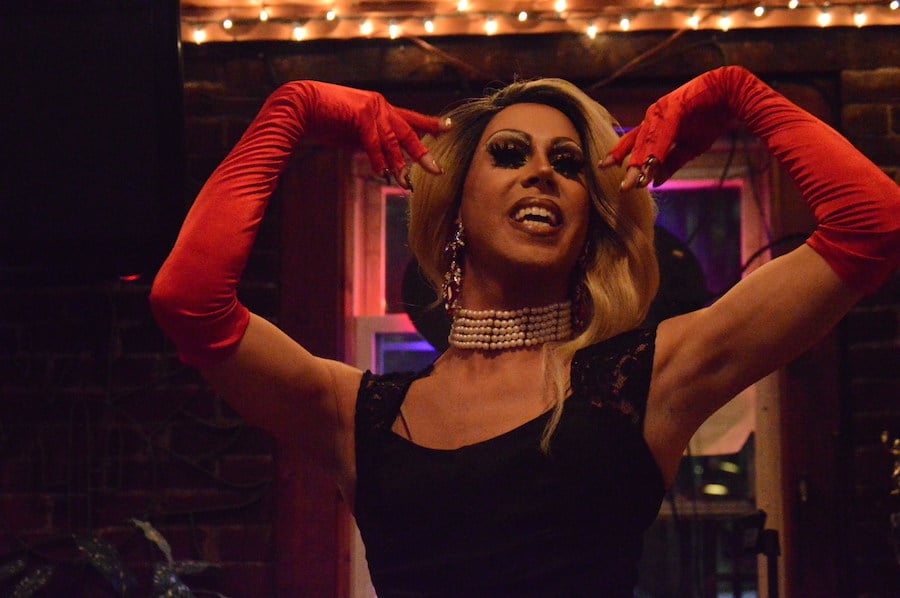 Sylvia Heart vogued up the narrow aisle formed by fold-out chairs at 168 York Street. She mouthed the words to an Amy Winehouse song as she made her way back to the stage, with the assistance of a few high kicks and flips of her wig. Suddenly, she hit the ground in a death drop — jumping into a split that set off louder cheers and waving of dollar bills.

Saturday night, queens strutted, sang, and synced for the fifth annual “Cancer’s a Drag” benefit at 168 York, a fundraiser that has grown precipitously since the death of drag legend Sassie Saltimboca three years ago. This year, all proceeds went to Discover to Cure, a program at the Yale School of Medicine dedicated to the prevention and early detection of women’s reproductive cancers.

In total, the evening raised $1,290, including $200 in tips alone. Like the Imperial Sovreign Court’s annual Dragapalooza fundraiser in June, queens waive their performance fees, and donate tips to the cause. 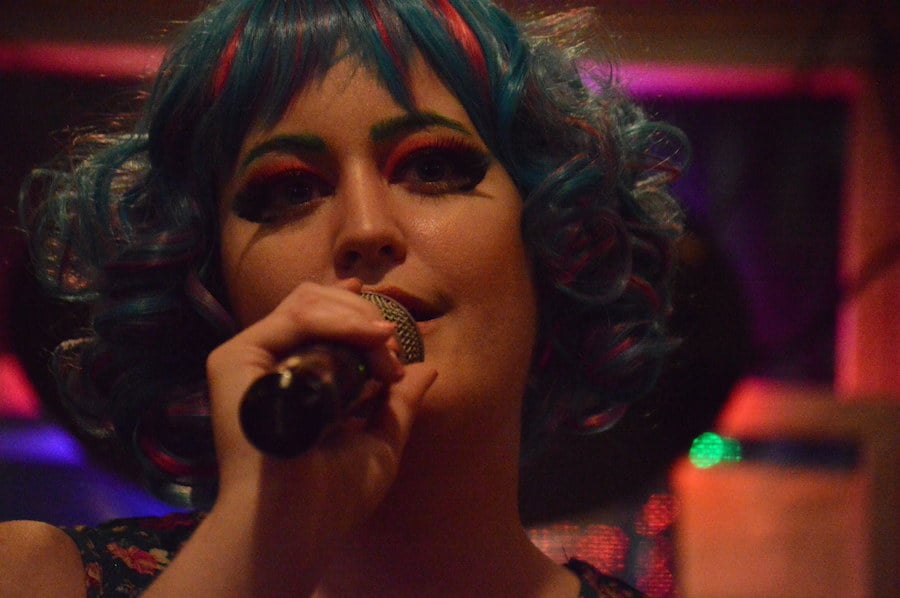 Discover to Cure was created in 2003 with one mission: to better detect and prevent women’s gynecological cancers, often referred to as “silent killers” because they can be asymptomatic in their early, and most treatable, stages. In an article published earlier this year by the Journal of the American Medical Association, a team of doctors suggested that outcomes from gynecological cancers are still fairly grave, because women are often diagnosed after the cancer has metastasized and reached its late stages.

“Breast Cancer gets a lot of funding, and ovarian cancer gets very little,” said Discover to Cure Outreach Coordinator Ruth Ann Ornstein at the event. She noted that both ovarian and uterine cancer do not have routine screenings like mammograms, making them harder to test for.

Toni DiPietro—who performs as Barbra Joan Streetsand—started the drag benefits after his father died of prostate cancer in 2013. In past years, the fundraiser has also given proceeds to Smilow Cancer Center, branching out to Discover to Cure for the first time in 2017. The move to women’s reproductive health happened as Ornstein—a a cancer survivor who is also a client at DiPietro’s hair salon—asked about booking a performance for a benefit in 2017.

“I didn’t want to bike in the Smilow fundraiser,” DiPetro laughed, so instead he started donating his tips from performances as his drag persona. As Barbra, DiPetro performs a now-rarefied form of drag, singing live instead of lip-syncing. Her hits, often accompanied by a sailor suit and pressed blonde wig, include “People” and “Don’t Rain On My Parade.”

After introducing the show with co-host Lucia Virginity (boy name Anthony Buell), Barbra began the set with her signature rendition of “People.” Clad in a Barbara Streisand-inspired sailor top and with a mellow voice, she made her way down an aisle of audience members holding out tips, drag show-style—arm extended, bill folded, upturned wrists.

The show continued with co-host Virginity’s lip-sync of Meghan Trainor’s “No Excuses,” a song that challenges sexual harassment. Audience members snapped, cheered and rained down more tips as they sang along with the lyrics: “Why you, why you acting like you never met a lady?/I don't disrespect you, don't you disrespect me.” 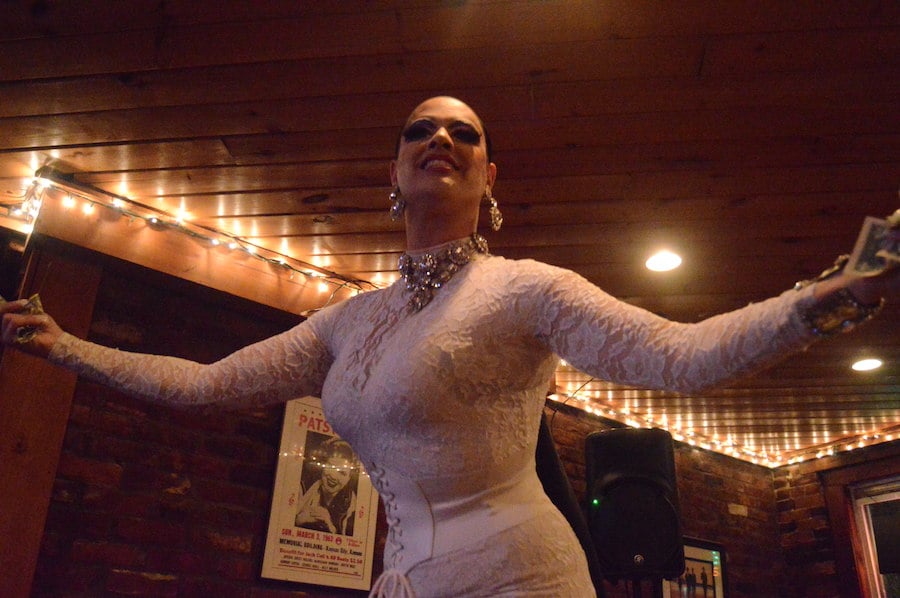 Kiki Lucia: “Cancer affects your body, but it can’t take the soul."

Queen Kiki Lucia has performed for “Cancer’s a Drag” for four out of the five years the show has run. The first time, she said a good female friend of hers was dealing with “pretty heavy duty cancer." During the evening, Lucia performed her style of “activism drag,” coming on to perform performance without breasts in one number.

For Lucia’s first performance of the night, she wore a scarf in lieu of one of her perfectly curated wigs, singing “Beautiful” by Christina Aguilera. Her demure white lace dress came in stark contrast to her next performance, stripping down to her lingerie to Lady Gaga’s “Do What You Want.” Still, Lucia said the message was the same.

“Cancer affects your body, but it can’t take the soul,” she said, connecting to the lyrics “Do what you want to my body.”

In previous years, DiPietro said, there have been up to 15 performers for the night, but this year the show purposefully had fewer queens. With the way tips work out, he said that “if we had twice as many performers, we’d have half the money,” and therefore less funding for Discover the Cure.

With a smaller cast queens took costume changes, jumps between genres and group numbers as an opportunity to raise more money for the cause. Even Strreetsand broke character for a song to sing “Mamma Mia.”

“As a drag performer, I have a voice and I have to use it,” said Kiki Lucia, before heading into the dressing room and preparing for her next act against cancer.