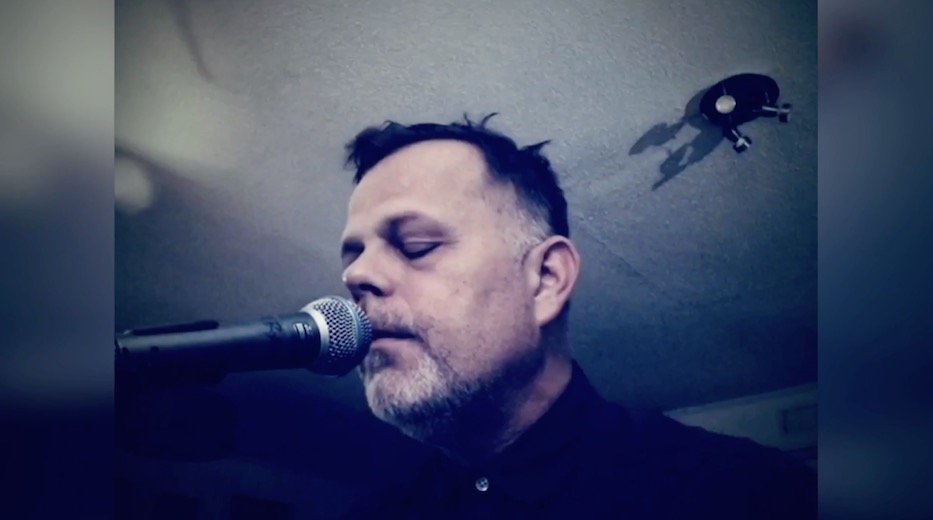 The video starts with a slow fade-in to a low-angled closeup of musician Matthew Ryan. The gloomy air of his grey, dark studio is amplified by a grainy film effect and video distortions, as if it is being played through an old video camera.

The somber tones of the piano and Ryan’s baneful, crooning voice might be hard to place at first. But make no mistake: this is Johnny Cash’s “I Still Miss Someone,” with its lonesome tone pushed up to its maximum.

Tuesday, Ryan’s recording was the first of many in The Songs of Johnny Cash, an hour-long tribute video, fundraiser, and musical accompaniment to My Darling Vivian at the New Haven Documentary Film Festival (NHdocs). The film doubled as a fundraiser for Cafe Nine’s virtual tip jar, an employee relief fund for bartenders, sound techs and gig workers who have lost their jobs due to COVID-19.

My Darling Vivian follows the story of Vivian Liberto, Johnny Cash’s first love. So it felt natural Tuesday that the accompanying tribute, which kicked off the festival's online programming, would be focused around the beloved singer’s library of work. It featured several performers from Connecticut and elsewhere around the country. 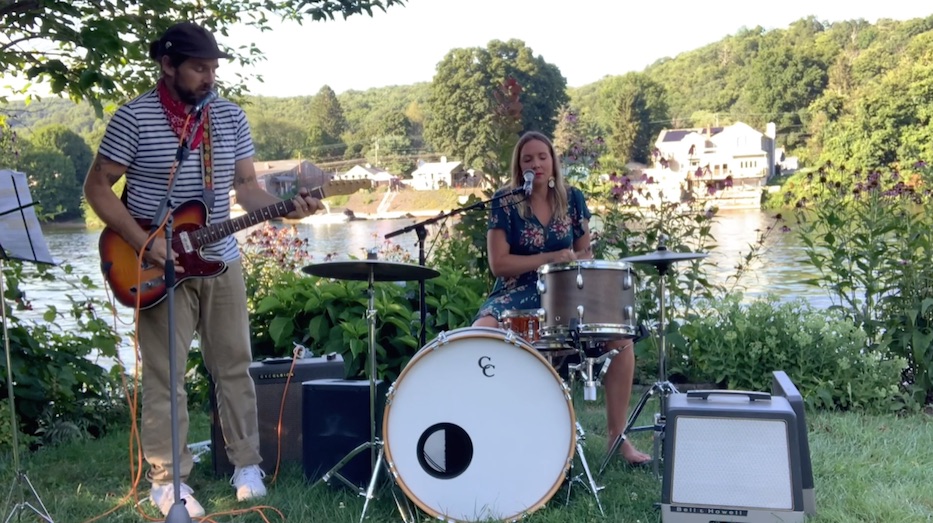 Jay and Katelyn Russell of the band The Split Coils. Photo Courtesy of NHDocs.

A sort of document of COVID-19, many of the videos featured different instrumentation, moods and locations. But the heart and soul of the performances were consistent across every recording, with both the soulful lonesomeness and irreverent defiance of Cash’s art on full display. Though many performances added their own spin on instrumentation, all but one or two pieces relied on that standby classic of Cash, the guitar.

The quiet, dark solitude of Ryan’s studio was quickly contrasted by the performance that followed it, by Jay and Katelyn Russell of The Split Coils. The couple, recording from the banks of the Housatonic River, gave a quick introduction where they thanked viewers for listening and watching the accompanying film and lamented that the event couldn’t be in person.

Then they launched into their rousing performance of “Jackson.” The combination of Jay Russell's thrumming electric guitar and Katelyn’s high-energy performance on drums made their performance of the comical couples duet as entertaining as it was appropriate.

Also quite striking was Lydia Loveless’ solo performance of “Man in Black,” where she cut out unnecessary distractions and opted for standing in front of a blank background with nothing but her guitar and appropriately-black attire. Her lively strumming complemented a passionate warble that would have made the Man in Black himself proud.

Of all the performances from the tribute, perhaps none were more striking than S.G. Carlson’s distinct cover “Ghost Riders in the Sky,” where he chose to eschew the usual guitar and instead performed with a small synthesizer keyboard with wooden buttons.

Its otherworldly sound produced a unique, ethereal tone that dovetailed with Carlson’s haunting singing voice . It made it one of the standout performances of the video, in a collection of great musicians.

Producer Dean Falcone also surprised viewers with a performance of Cash's classic “I Walk the Line,” performed and sung by the legendary Christine Ohlman.

Ohlman is the lead for the band Christine Ohlman and Rebel Montez, longtime vocalist for the Saturday Night Live Band, and owner of the affectionate nickname “the Beehive Queen” for her towering platinum beehive hairdo. The iconic song was done justice, faithfully recreated by the relaxed thrum of Ohlman’s guitar and her melodious croon. It served as a highlight of the whole tribute.

This tribute and My Darling Vivian were just the beginning of NHdocs’s six-day run. Over 120 films are planned for the course of the event, all accessible online. Find out more at its website.

Caleb Crumlish is an alum of the Arts Paper's Youth Arts Journalism Intensive. He is a rising senior at the Sound School.