At Read-In, Students And Symphony LEAP Back Into Books 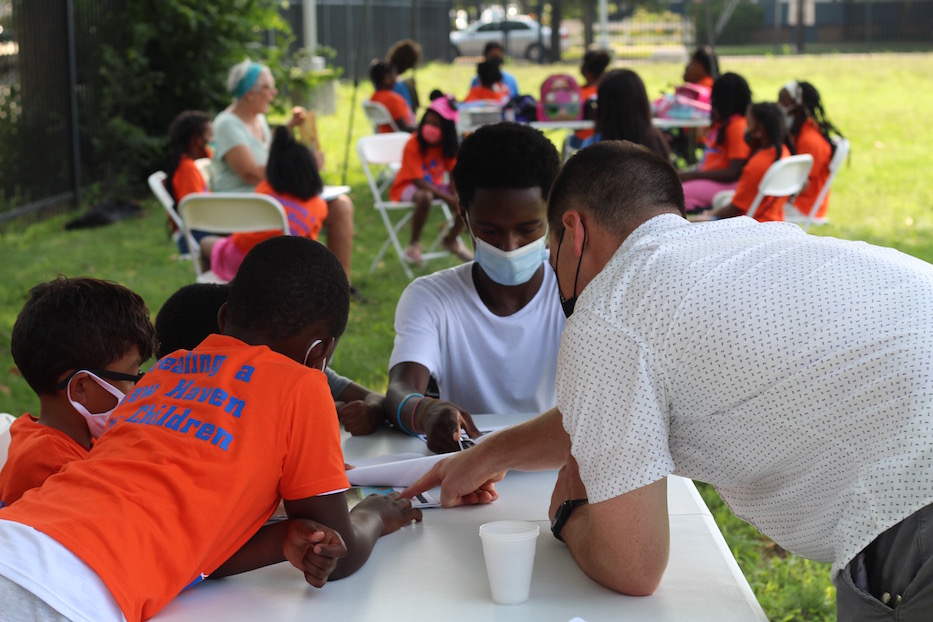 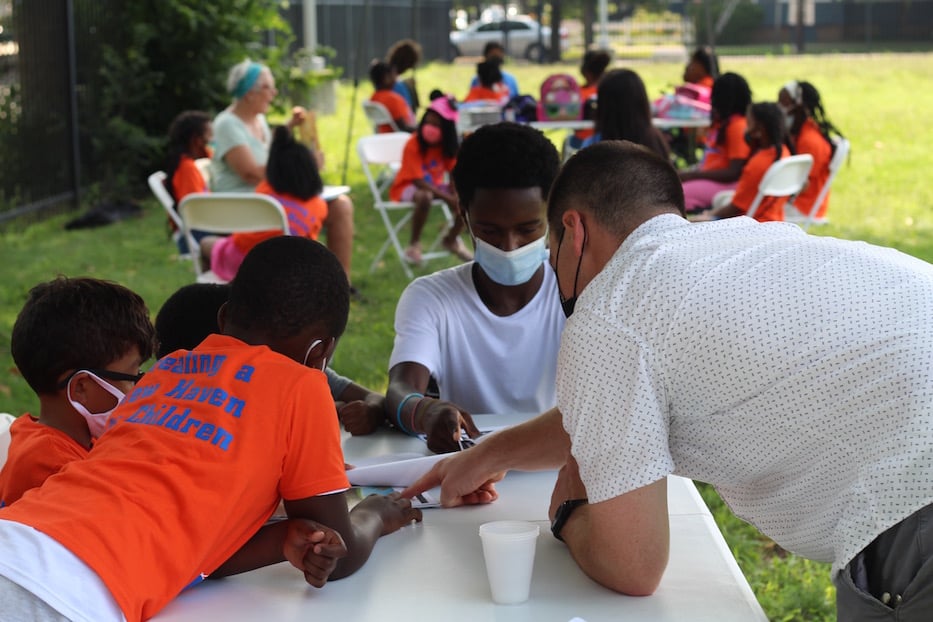 Emmanuel Alvarez’ eyes lit up as the first notes of “Ode to Joy” sailed over the grass and reached him. In another universe, a mole was learning to play the violin from his hovel. Back in New Haven, violinist Stephan Tieszen closed his eyes and let the melody swirl around his head. Emmanuel followed along and imagined himself at a keyboard, learning to plunk out the first notes of a sonata.

Eight-year-old Emmanuel is a camper at Leadership, Athletics, & Education in Partnership (LEAP), a New Haven nonprofit dedicated to year-round mentorship. Friday morning, he joined hundreds of fellow LEAP-ers at the organization’s 20th annual Read-In, spread out across multiple locations to control for size during the Covid-19 pandemic. Over 400 campers and dozens of volunteers participated.

This summer, the program’s 480 students are at Lincoln-Bassett School in Newhallville, Augusta Lewis Troup School in Dwight, Iglesia Betania in Fair Haven, Family Academy of Multilingual Exploration (the Blatchley Avenue school formerly known as Columbus Family Academy) also in Fair Haven, and Roberto Clemente School in the Hill. Emmanuel was one of 100 LEAP-ers to join from Troup, which is nestled in the city’s Dwight neighborhood. 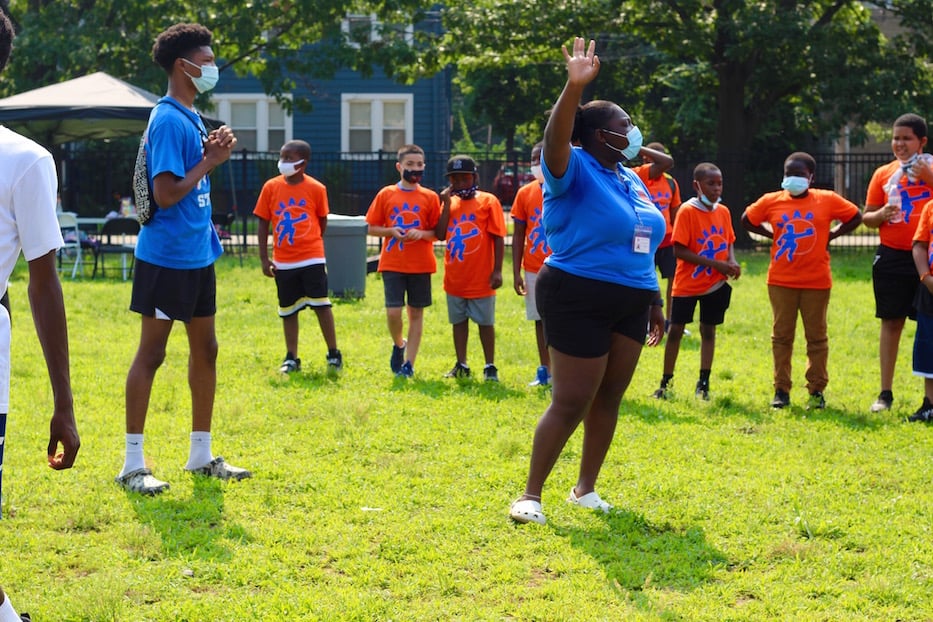 “I think it allows people from the outside to see our children in a different light,” said Troup Site Director Jasmine Williams, who joined LEAP four years ago when she was a student at Southern Connecticut State University. “People are able to come in and see our lives and how our program actually runs.”

The read-in is part of LEAP’s full return to in-person programming. Last year, the organization held a hybrid version of its multi-site summer program, with students who attended both online and in person. The read-in, normally held on the New Haven Green, went on hiatus. This year, it returned as part of a five-week, daily in-person camp that is offered at sites across the city.

As masked LEAP-ers spread out across the school’s yellow-green lawn, volunteers milled around a tent with titles from Ibtihaj Muhammad’s The Proudest Blue to Susan Hampshire’s Rosie’s Ballet Slippers. State Rep. Pat Dillon debated whether Sharee Miller’s Don't Touch My Hair! was appropriate for 11-year-old readers. She held onto it as she chatted with fellow volunteers about the C.R.O.W.N. (Creating a Respectful and Open World for Natural Hair) Act, which passed in Connecticut earlier this year. 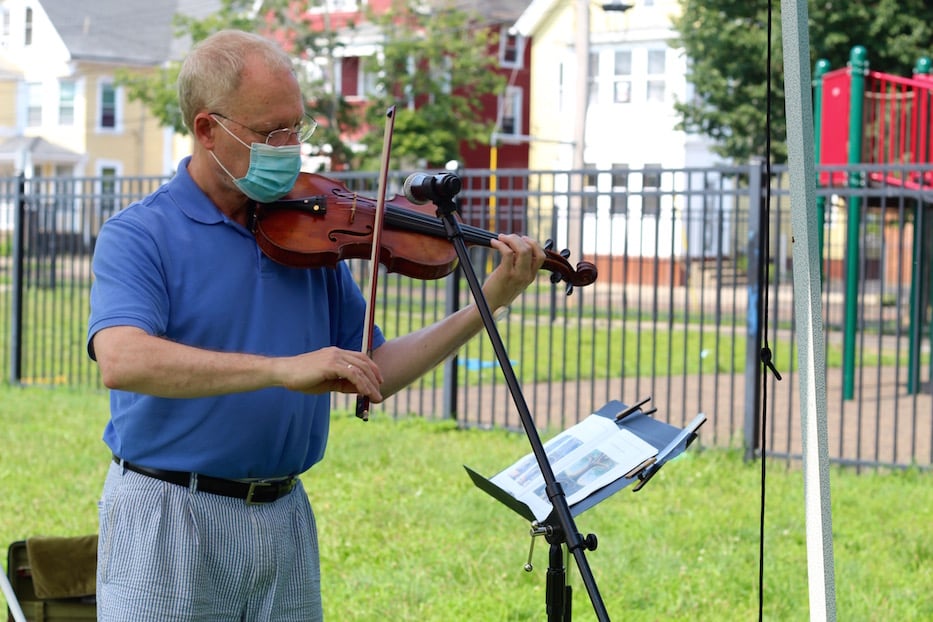 Back on the school’s field, a circle of pint-sized readers loudly cheered in a day of literacy. Medical masks joined those emblazoned with Frozen characters and bedazzled with silver rhinestones. As LEAP-ers fanned out across the grass, Emmanuel joined a group of seven and eight year olds. Tieszen, who is a violinist with the New Haven Symphony Orchestra (NHSO), greeted him from beneath a large tent.

He handed out photocopies of David M. McPhail’s Mole Music, pointing to his violin and horsehair bow. In the past, the NHSO hosted an “instrument petting zoo” at the read-in; the organization pivoted to individual musicians to minimize touch. Most of the students in LEAP are under 12 years old, meaning they are too young to get vaccinated.

Emmanuel spread his hands across a photocopy of the book, tracing the illustrations of a furry, pinch-faced mole beneath a large tree. With his violin in one hand and his bow in the other, Tieszen told the story of a creature so bent on learning the violin that he ordered one for himself. 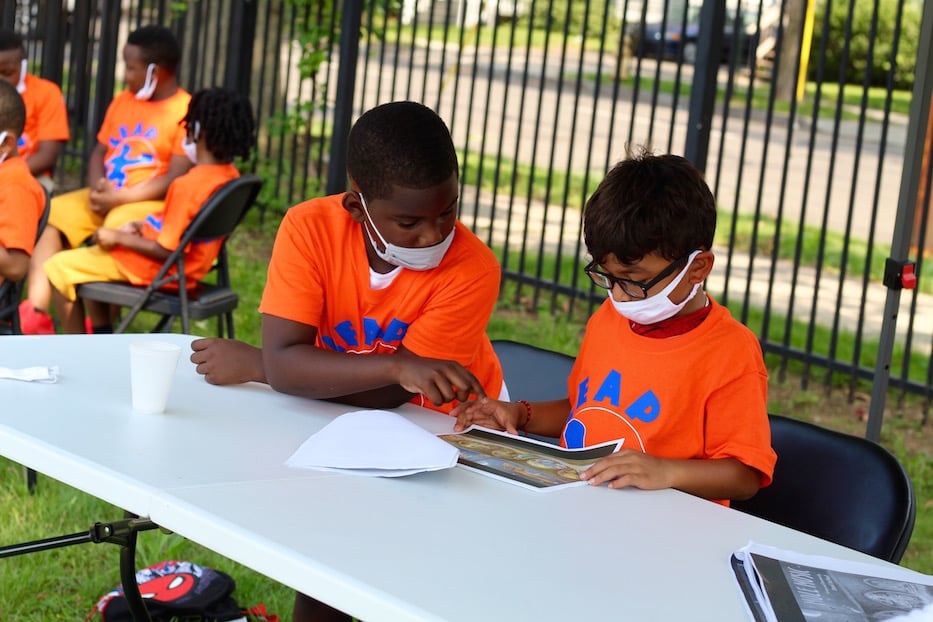 As Mole attempted to learn his new instrument, Tieszen tucked the instrument under his chin and played a shaky, shuddering scale. The notes screeched and halted, as if they were struggling in Mole’s two-thumbed neophyte paws.

When Mole kept trying—and got it right—Emmanuel was one of the first to applaud. Beside him, 8-year-old Karaj Barton clapped and studied the outline of a bird on the page, suspended in midair to hear Mole play.

On the page, Mole and his violin became inseparable. He practiced until his television set was covered in cobwebs and animals were gathering above ground to hear him play. He practiced until he could glide through eight notes of a scale as if they were butter. Under an unrelenting summer sun, Emmanuel watched Tieszen flow from “Twinkle Twinkle Little Star” to “Ode To Joy.”

“Books make me smart and they make me think,” Emmanuel said after Tieszen played the final note and took questions. He said Mole Music led him to think about the piano lessons he’s been hoping to take for over a year. While his mom tries to find a place where he can take them, he’ll be practicing a small guitar that he has at home. 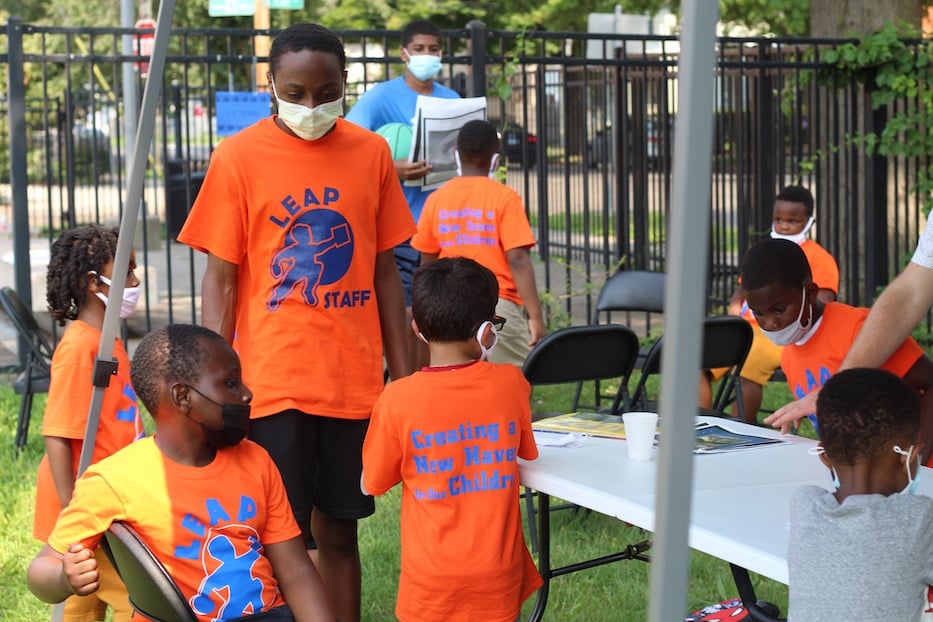 Counselor Khalif Peters with his section of seven and eight year olds.

Seven-year-old Dorian Francis, a student at King/Robinson Interdistrict Magnet School, left the read-in inspired to make more of his own music at home. An aspiring musician and scientist (“I’ll do both,” he said matter-of-factly), he sings and writes in his room. He said that the book had left him inspired to write.

“My instrument is my voice,” he said as Tieszen answered questions about his 57 years of playing the violin.

Counselor Khalif Peters, a rising junior at New Haven Academy, followed along intently at the back of the group. He later said that he likes the read-in because it gives LEAP-ers a chance to meet people who they might not otherwise cross paths with, including musicians and artists practicing in New Haven.

“It can teach kids to be more versatile and interested in different things,” he said. “It might spark something that somebody has inside.”