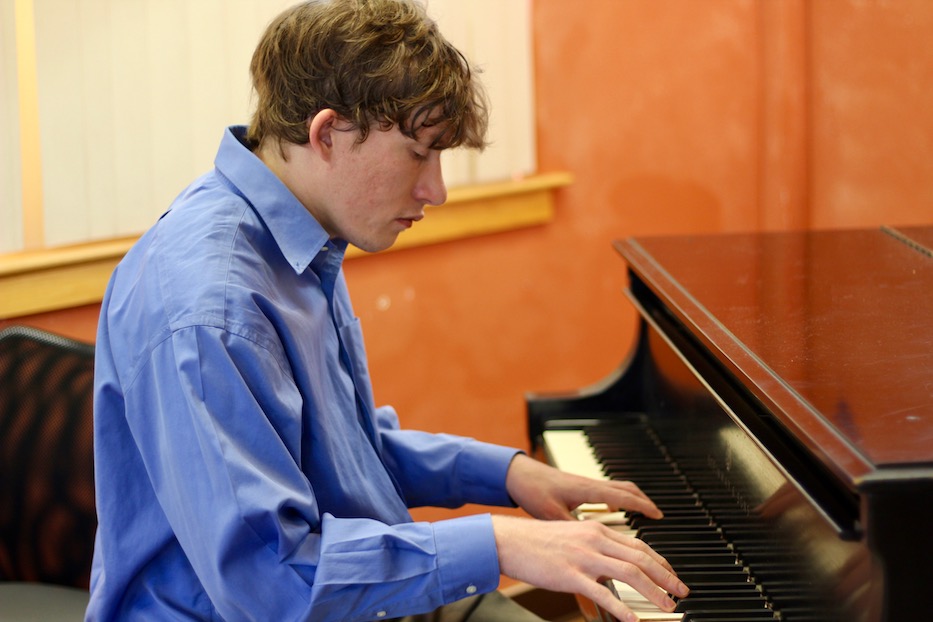 The keys are light, as if they have a sudden gust of wind beneath them. They coast, and the ear starts to coast right along with them. Low, insistent notes push in, propelling the song forward. Something breaks away with a ringing, tinkling sound, and one can almost see a bird breaking into a clearing, its full wingspan extended.

The music comes from 25-year-old Thomas Ice, a former resident of Chapel Haven who is hoping to jumpstart his career as a professional jazz musician. Earlier this fall, Ice released his second full-length album of songs, Eagles Sound, with New Canaan-based producer Seth Glassman. Now, he is booking gigs around the city and hoping to get the word out about the album. In return, that music is helping him navigate the world as a person with Asperger’s syndrome.

“I just practice, and it comes to me, and I compose,” he said in a recent interview at Chapel Haven. “I like the music scene in New Haven. It’s like, the music capital of New England. Or Connecticut, at least.”

Ice started taking piano lessons when he was eight years old, drawn to the instrument in a household steeped in jazz. As a kid growing up in Darien, he fell in love with jazz great Oscar Peterson, adding Herbie Hancock, Thelonious Monk, Bill Evans and Chick Corea to his wheelhouse the more he learned about their music and their history. From the outset, he said, the genre spoke to him as the most creative way to play the piano, and to channel what he was feeling into something tangible.

“It’s so creative, and inspires me in my composing,” he said. “The improvising is my favorite part.” 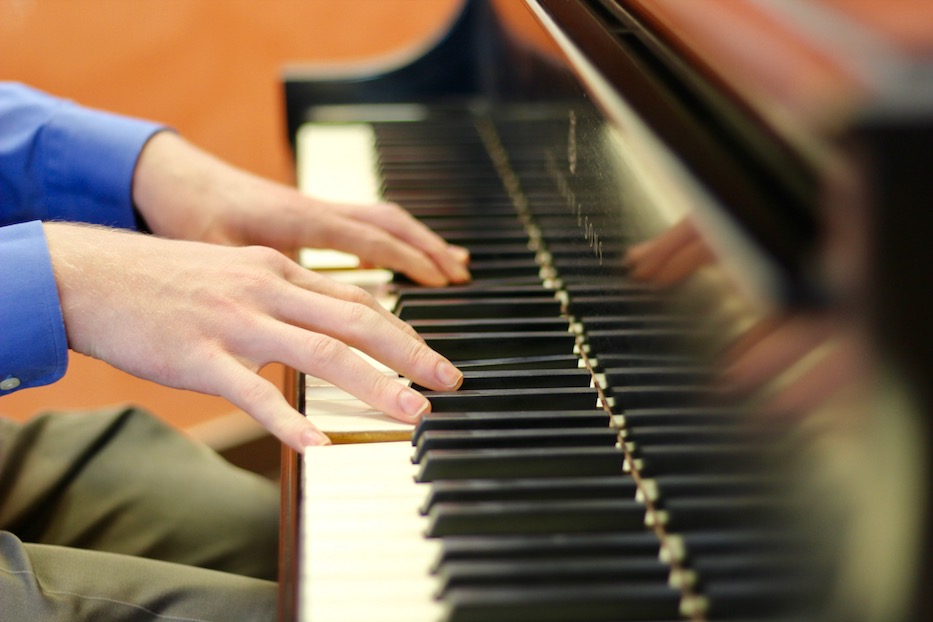 As he got older, Ice took classes at the Collective School of Music in New York City, Lagond Music School in Westchester, and Neighborhood Music School in New Haven, as well as Southern Connecticut State University (SCSU). By the time he was 17, he had started playing piano around New Haven, with small gigs at Cafe Nine and later Musical Intervention on Temple Street and its brief New York City storefront. He continued his interest in jazz throughout his time at Darien High School, from which he graduated in 2013.

But he was also struggling with social communication skills, a common characteristic of Asperger syndrome, sometimes just referred to as Asperger’s. First diagnosed in the 1940s, Asperger's now lives under the diagnostic umbrella of autism spectrum disorder (ASD), in a relatively recent move from the American Psychiatric Association.

In 2014, Ice joined the Asperger Syndrome Adult Transition Program (ASAT) at Chapel Haven, designed to build social skills and help him transition to independent living in New Haven. For two years, he lived in a residential apartment at Chapel Haven’s Westville campus, working on those skills.

“In that time, we’re working with them on independent living, social communication, and just trying to help them carve out their next step in terms of their career,” said Catherine Sullivan-DeCarlo, vice president of admissions and marketing at Chapel Haven. “So for Thomas, it was always going to be a career in jazz. That was his goal when he came here, and he has never veered from that path.”

Two years after he started at Chapel Haven, Ice moved downtown, where he still lives independently on College Street and works on music between shifts at Ernie’s Pizzeria. In 2016, he released his first album of songs after recording them at the studio at Firehouse 12. Then he started in on a second album last year, hoping to churn out stronger compositions ("they really are better this time," he said).

In addition to Chapel Haven, where he plays once a month, he has booked gigs at Sol For Art, The Owl Shop, Amoy's Cajun Creole & American restaurant and Cafe Nine, and volunteered to play at Yale-Haven Hospital and Coachman Square assisted living facility in Woodbridge.

Part of that growth is the album, initially inspired by an eagle’s nest that Ice spotted while in a local park. Something about the size and grace of the eagles—”they’re really fascinating to watch,” he said—moved him, and he wrote a first draft of a composition when he got home.

Over 13 tracks, he has mined his interest and training in jazz for slow, methodical meditations and bouncy, swinging numbers that make the listener want to get up and dance. Others are deceptively mellow: “Morning Storm” suggests a coming thunderstorm, but is much more like the light breaking through the clouds after the thunder and rain have passed. A timely number called “It’s Christmastime” seems like a soundtrack for getting on a train and looking at the frosted shop windows of a bygone era.

Now that the album is out, “I’d like to just have someone work with me on composition,” he said. “My goal is to play at the big jazz clubs by the time I’m 40.”

Eagles Sound is available for streaming on YouTube and Spotify or in hard copy at Chapel Haven, 1040 Whalley Ave. To find out more about the organization, visit its website.