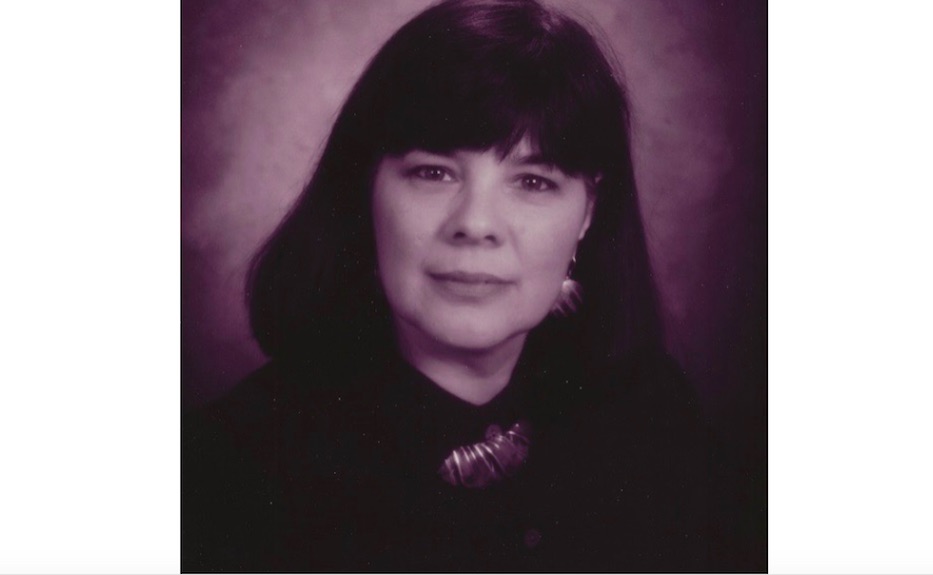 Kate Paranteau was a helper. Sometimes it meant long nights spent with victims of domestic violence, and grueling hours that never seemed to get the best of her. Sometimes it meant walking into a gallery, and knowing exactly what paint color the walls needed. Always, it was accompanied by a wicked sense of humor and an offer to step in and assist.

Friends and former colleagues are remembering Paranteau this month, weeks after her death from COVID-19-related complications at Yale New Haven Hospital. Paranteau died there in late May. She had just celebrated her 70th birthday.

As news of her death spread in late May and early June, she was remembered by dozens for her warmth, work ethic, biting wit and contagious excitement for New Haven. One of two daughters born to Lester and Mary Ellen Kiernan Paranto, Paranteau was raised in New Haven in the 1950s. She made the city her lifelong home, graduating from Albertus Magnus College and returning after graduate work at Springfield College.

While her full name was Kathleen, friends only ever knew her as Kate. Wherever she went, she was a trailblazer for other women and often for the artists in her orbit. In the 1970s, she became a certified master gardener before being a master gardener was a thing. She studied—and then schooled others—in second-wave feminism, coming onto the staff of the New Haven Rape Crisis Center in 1979. Six years later, she began her tenure as the inaugural executive director of the Domestic Violence Training Project (DVTP) at the University of Connecticut Health Center.

The DVTP, which was then in its infancy, was one of the first publicly funded programs to talk to hospitals, social workers, and public health professionals about the presence of and coordinated response to domestic violence. In Responding to Domestic Violence: The Integration of Criminal Justice and Human Services, authors Eve S. Buzawa, Carl G. Buzawa, and Evan D. Stark outline the program's role in catalyzing similar efforts across the Northeast and the country.

Ellen McNally, a longtime friend who is now a yoga and meditation instructor at the Smilow Cancer Center, remembered Paranteau’s work as transformative. McNally first met Paranteau through the then-vibrant New Haven Women’s Liberation Center, which was pushing for intersectional feminism two decades before Kimberlé Crenshaw coined the term. In late May, she mourned Paranteau with a long post on social media. The post included an obituary that a group of friends wrote together.

“Under Kate’s leadership, the DVTP garnered national awards, amplified the campaign on violence as a public health issue led by U.S. Surgeon General C. Everett Koop, and put domestic violence on the agendas for the AMA and other national and state medical, nursing and public health associations,” she shared. “When doctors and nurses today ask ‘Are you safe at home?’ that is Kate speaking.”

Babz Rawls-Ivy, editor of the Inner-City Newspaper, was one of the first trainees in the program. Reached by phone, she remembered Paranteau as a fierce fighter for victims of domestic violence, and for all the women she taught and trained. In particular, Rawls-Ivy watched as Paranteau used her whiteness as a tool to advocate for women of color, acutely aware of the power she wielded because of her race. To this day, she said, she has rarely seen that level of dedication from other white women in the city.

“She knew something about race and race relations,” she recalled. “She knew about the plight of Black women. She spoke that kind of truth. She was the kind of feminist I thought that I wanted to be. Where you’re not just talking the talk, you’re walking the walk.”

“And she was so smart,” she added. “You just couldn’t best her in a debate. You couldn’t. She was on top of that stuff. She was that kind of woman. Smart and witty and funny and talented and gutsy and ballsy.”

As she steered the DVTP, Paranteau also became the liaison between two parallel worlds: advocacy for women and advocacy for the arts. She became a fixture at Fair Haven Furniture, the humble beginnings of which started in the basement of her former Pine Street home in the city’s Fair Haven neighborhood.

Kerry Triffin, who co-founded the business with his wife Elizabeth Orsini in 1981, recalled meeting Paranteau at that Fair Haven house one evening, after noticing that it was up for sale. Paranteau had come to the door in a mood: her husband had left her, her father had disowned her, and she had recently been in a car accident. She told Triffin that she wouldn’t sell under $30,000. It seemed like a perfectly reasonable ask, he recalled.

He couldn’t have known it then, he said, but it was the beginning of a friendship that lasted through her death. After Triffin bought the house, Paranteau moved across the street. She was always ready to help with both the business and Triffin’s growing family: she picked out paint colors, she coached Orsini through the birth of their two daughters, and ultimately founded and ran the River Street Gallery out of the business’ current Blatchley Avenue building.

With a chuckle, Triffin recalled her keen eye, so perceptive it sometimes seemed like a superpower. He remembered watching her walk into a second-floor showroom, look at the half-painted walls, and declare that the color they’d picked out didn’t match the shade she'd suggested. Triffin was skeptical; the shade was the same as the one advertised. But he headed back to Grand Paint.

She was right: the store had incorrectly mixed the paint colors. They were off by a single measurement. She had noticed the error in under 30 seconds.

“She was phenomenal,” he said in a phone call. “There’s no mourning. There’s just celebrating. Kate was extraordinary in so many different realms, and her imprint was everywhere in New Haven. She’s just contributed in so many ways in my life, and the lives of everyone around her.”

In the past month, he has been in charge of cleaning out her home. He recently found a letter that he’d written stored among her belongings. In it, he described her as personifying “the twin identities of a mentor and a shaker,” with years of neighborhood advocacy that included a “Don’t Dump On Us” campaign and local chapter of The Clothesline Project.

He praised the River Street Gallery, where she curated over 50 exhibitions between 2004 and 2019, when a series of health complications forced artist Liz Pagano to take over. What he found so extraordinary about it was her ability to make New Haveners who didn’t consider themselves “art” people—folks who wouldn’t take time to step foot in a gallery or museum—realize how much they needed art in their lives.

“In all of these realms Kate has given her time, energy, creativity and talent,” he wrote. “She has done so with a focused passion and an open heart. There can scarcely be many parts of New Haven’s arts community that have not benefited from her tireless efforts.”

Others noticed her eye—behind which was always a sharp sense of humor—as well. In the early 2000s, Paranteau helped Artspace New Haven grow its then-nascent City Wide Open Studios program, which passed the 22-year mark last October. Around the same time, she was hired as a program director at Creative Arts Workshop (CAW).

Susan Smith, who served as the organization’s director for 27 years, recalled the ease with which Paranteau stepped into the role. In particular, she grew CAW’s annual Celebration of American Crafts, coordinating everything from the juried artists to wall color in a careful ballet. Under her leadership, the wintertime celebration became a production.

When she wasn’t working on the celebration, she expanded partnerships with city organizations and helped build out a fiber arts department at the building. In 2005, she began a biennial juried show called Cultural Passages that brought together different corners of the city. It ran for years.

“She was universally liked,” Smith said. “When she came into a room, it lit up.”

That fondness rang true for many of her colleagues, and for her friends outside of CAW. Ann Lehman, who co-founded CAW with Smith, remembered her as “remarkably talented” and warm. Kris Wetmore and Eva Scopino, both at CAW during the same period, recalled her sweeping, distinct sense of style and ability to make colleagues laugh, even as her healh began failing her.

Artist Martha Savage, a former CAW coworker who lost touch with her after a change in leadership at CAW in 2014, remembered a sense of humor that accompanied Paranteau everywhere she went. She said that she hates knowing Paranteau died as a victim of COVID-19.

“I know that we laughed,” Savage said. “She was somebody you wanted to hang out with, because she was so funny.”

“Sometimes people don’t know what their legacy is when they’re alive,” she added.

Tom Griggs, now the departing co-director of the International Festival of Arts & Ideas, met Paranteau during his 27 years serving on CAW’s board of directors. From the moment he met her, he said, her love for both the arts and the city around her were palpable. He recalled feeling an immediate, certain sense of joy when he walked into the gallery before the celebration opened each winter, after Paranteau had done the walls and finished installing the art.

“Just walking into the gallery made me joyful,” he said. “It was always so colorful and beautiful. I think the way that Kate designed it gave everyone that joy and optimism, so everyone wanted to participate.”

CAW was not an especially young space by the time she joined, he added. As the workshop’s volunteer base aged, Paranteau was the one to make sure there were always enough hands to manage sales and that the changing technology—first proper cash registers, and then automated check out—was up to date.

“She was always under the radar, and always humble,” he said. “She was never upset or stressed. She just came in and did it. She had such a presence. Her dresses would be fabric or textile, and she kind of glided through the hallways of Creative Arts Workshop. When I saw her, it was always a glass half full life.”

If she kept herself busy—and she did—she also made time for the people around her. Devil’s Gear Bike Shop owner Matthew Feiner remembered how warmly Paranteau welcomed him back to New Haven 20 years ago, when he returned to the city after a five-year stint in Austin, Tex.

At the time, Feiner was part of a show at the John Slade Ely House, now the Ely Center of Contemporary Art. After five years away, New Haven’s art community felt utterly strange and new to him. Paranteau stepped up as his guide.

“She always, always, always made room for me,” he said. “She was just the kindest person. Just endless kindness. She’s in a better place now, and it sucks that she went out like she did. We lost a great helper.You can’t ask for that more than somebody.”

The River Street Gallery, perhaps, was her most unique achievement. After starting the gallery with an homage to Fair Haven in 2004, she packed it with local art. David Sepulveda, who for years worked as an arts reporter at the New Haven Independent, recalled attending the gallery for openings, and consistently feeling a sense of delight and warmth that filled the space. When her health sidelined her, she turned the gallery over to Liz Pagano, a printmaker and former colleague at CAW.

The last time Pagano saw Paranteau was close to six months ago, when Paranteau came to a gallery opening at the space. Her health was not good: she had atrial fibrillation and was in line for a new heart. She had broken multiple bones in her body. And still, that sense of humor was there.

“She was an amazing, giving, supportive person,” Pagano said. “She would say, if you need anything, let me know. And she meant it.”