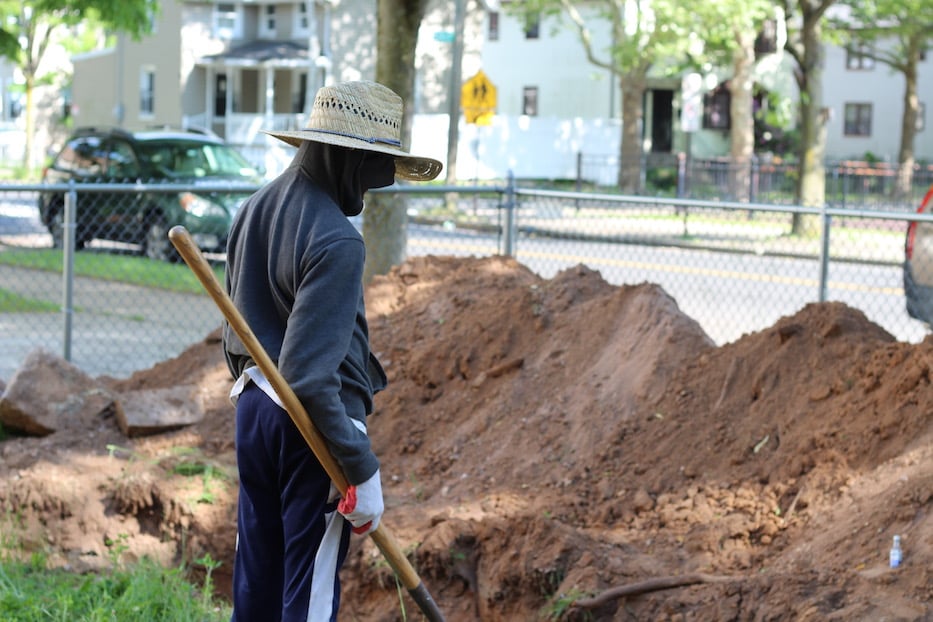 The lot at 130 Bassett St. is still mostly dirt. There are heaps and heaps of it, little mountains in the middle of a residential neighborhood. Rocks line the ground, some in circles and others piled high. But squint hard, and something else takes shape: a mud, straw, and stone bench in the making, the first of many for the neighborhood.

That’s the vision of the newly-formed Mud Is Gold Earth Building Collective, a group of New Haven teens and earth building enthusiasts who are harnessing raw, earthen materials to build benches and solar ovens in Newhallville this summer. Saturday, the group began work on its first project, a bench that will be installed at 130 Bassett St. across from Lincoln-Bassett Elementary School. They have also received a request for a solar oven in Westville. 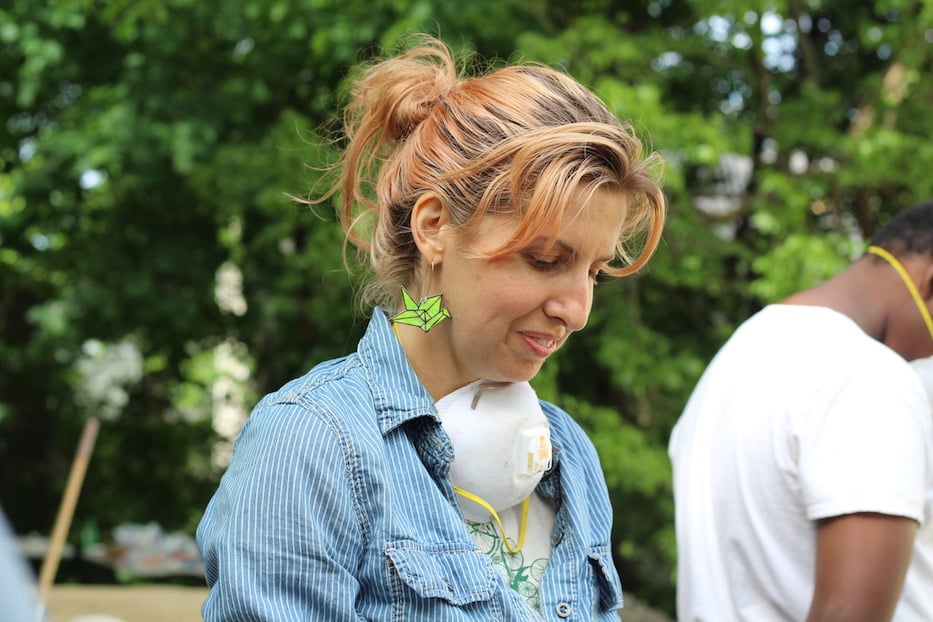 Katie Jones, who organized the collective with Doreen Abubakar and the Community Placemaking and Engagement Network (CPEN), said the group is based on an ecovillage vision she first encountered at the WorldBeat Cultural Center in San Diego 11 years ago. During her time there, she took an earth building workshop that had her working in the mud with her bare hands and feet. The next day, “I woke up feeling amazing,” she said.

“My whole body was singing,” she recalled, adding that members of the current collective wear shoes, masks and protective gloves. “I just felt cleansed. It was just the magic of the earth.”

When Jones returned to New Haven, she worked with the New Haven enviro-empowerment organization Solar Youth for several years, nursing the idea of an earth building collective that would use sustainable material and local talent to create part-time work for New Haven youth. Several months ago, Abubakar hopped on as a partner, originally proposing the Farmington Canal Heritage Trail for the project. When city permitting for the canal didn’t come through this May, Lincoln-Bassett gave Abubakar use of the lot. The two are also working with Malcolm Welfare and Faith Lorde of Xevioso Alliance.

In two separate conversations, both Abubakar and Jones expressed hope that a second bench will receive the proper permitting to take place on the canal. To involve people from the neighborhood, Jones has done a few rounds of door knocking around Ivy and Hazel Streets, where the original bench was originally planned.

The project’s initial $4,500 in funding comes from a Mayor's Neighborhood Cultural Vitality Grant. That money is going to materials, an earth building workshop, and two months of Saturday work days for which volunteers are paid $50 per day. In addition, Jones said that Neighborhood Housing Services has been invaluable in providing supplies and support for the project. The collective plans to hold an unveiling and community celebration in mid July. 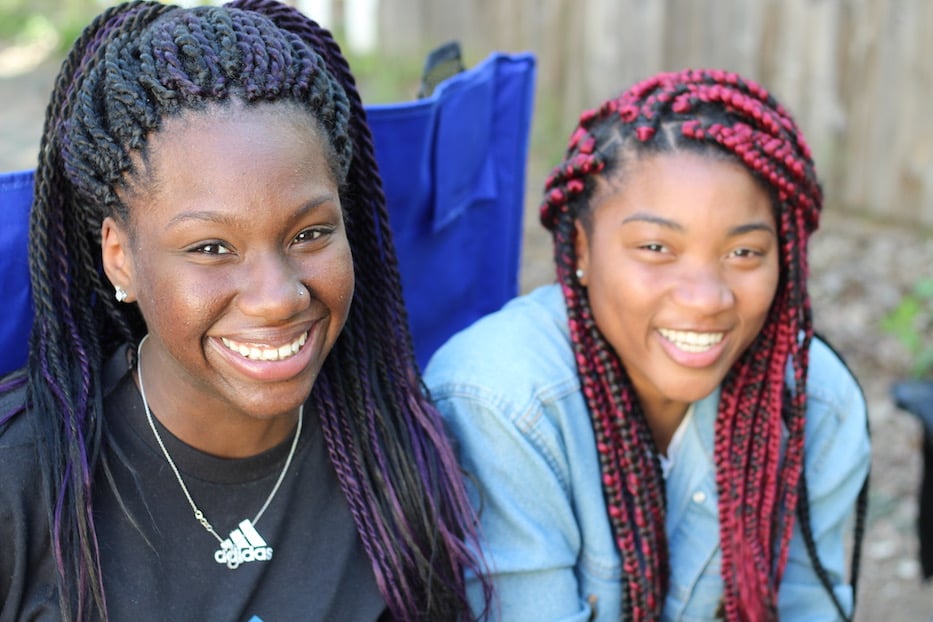 Saturday, members of the collective kicked off their eight to nine weeks of earth building by making a large pile of mud and straw, working it until the surface was thick, smooth and glossy. Watching professional earth builder Matteo Lundgren for tips, they began to build out stone circles, practicing laying larger stones on thick mud to form earth-made bricks and mortar.

One of those earth builders was 16-year-old Rakema Suggs, a student at Metropolitan Business Academy who lives in Westville Manor, and heard about the program from her mom. For the past several years, Suggs has made pallet benches with Solar Youth, and was excited to get her hands dirty with a new project.

“It’s better to do things on your own,” she said. “I’m really enjoying it—we’re learning about making stuff, and they don’t teach us this in school.”

Sitting beside her, her friend Ranique Gordon said she had gotten involved because she isn’t used to hands-on building projects and wanted to see what earth building was all about.

“I like it!” she said. “I’ve never made anything a day in my life, and I’m finding that I like building stuff.”

Nearby, 16-year-old Therese Cisse (pictured above) said she heard about the collective through her cousin, who lives in Newhallville. A member of the New Haven-based women’s empowerment group Phenomenal I Am, she has already tried her hand at building small structures. But earth building seemed completely different.

Saturday, she said she hadn’t been prepared for the amount of movement and lifting that the project required, but got used to it by the end of the day. An aspiring real estate agent and interior designer, she said that she likes thinking about how things are built.

So did Didier Toupou, a 15-year-old student at Metropolitan Business Academy who lives right around the corner from Bassett Street. After hearing about the project from his English teacher, he signed up because “I thought it would be kind of fun, especially working with mud.”

“I’ve never seen any benches around here,” he said. “I’m excited to see what it looks like when it’s done.” 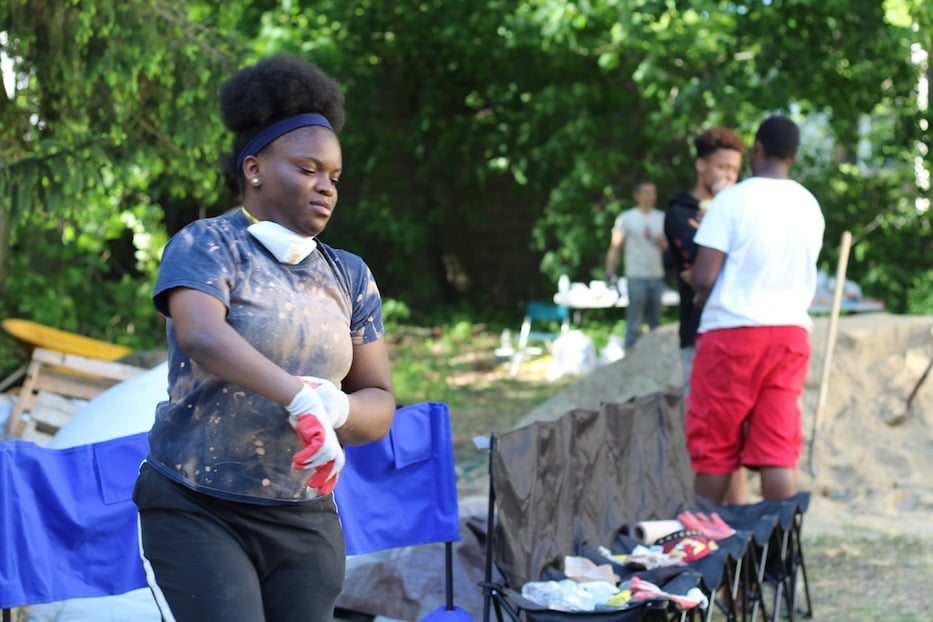