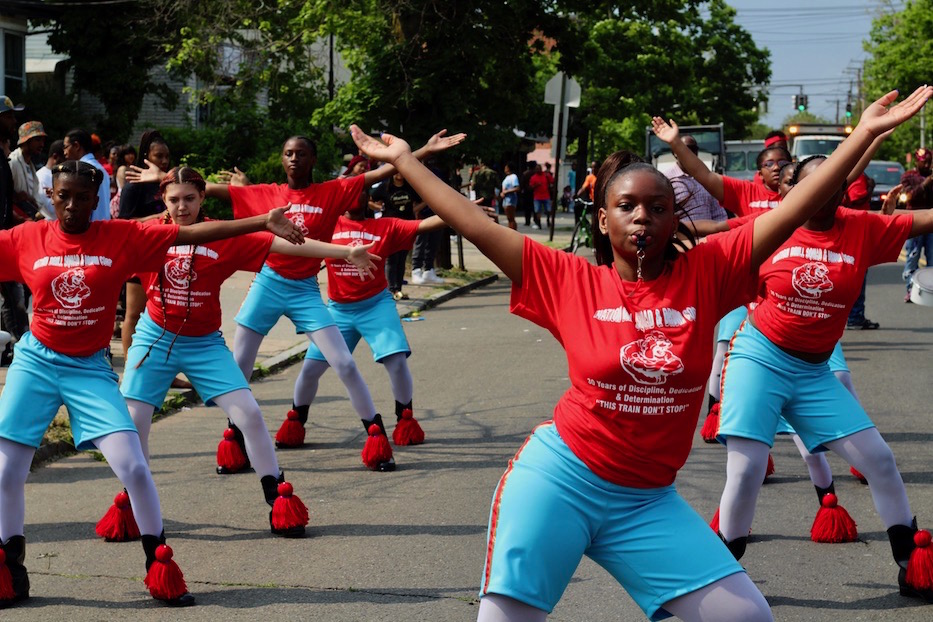 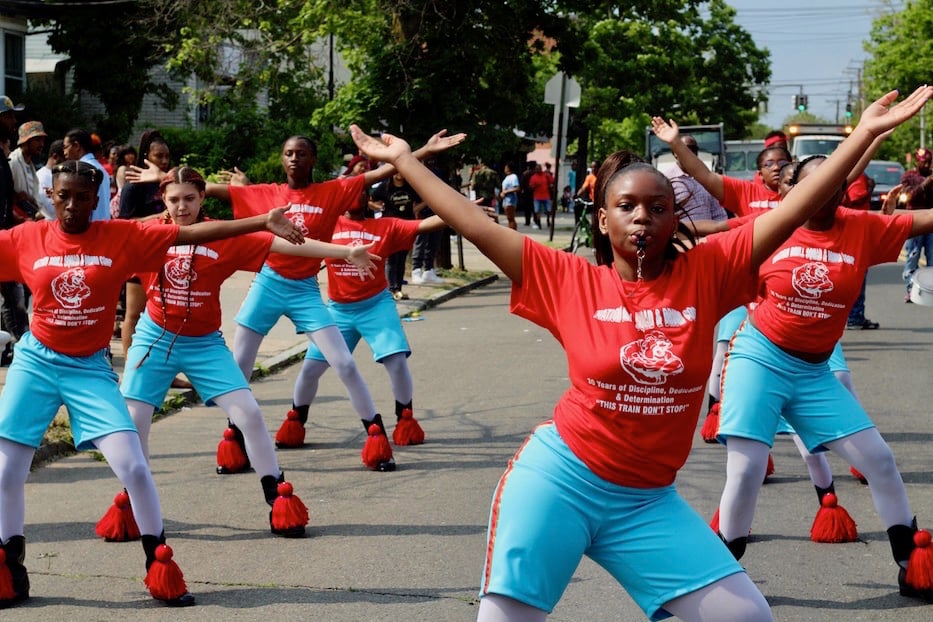 Chanelle Goldson spent all year waiting for the Freddy Fixer Parade to roll into her neighborhood as a kid. She joined in as a teenager, dancing proudly down Dixwell Avenue with members of her high school pep squad. As an adult, she served as a board member, sergeant-at-arms, parade marshal, and a community ambassador. A sense of hometown pride always kept her coming back.

Goldson is the new acting president of the Elm City Freddy Fixer Parade Committee, the decades-long celebration of Black New Haven that grew out of a Dixwell neighborhood cleanup in the 1960s. After ECFFPC board members Diane Brown and Petisia Adger announced that the parade would remain on hiatus for summer 2022, they also publicly named Goldson as the event’s new president.

The two outlined that succession plan, as well as the vision for Goldson’s leadership, on a recent episode of “Arts Respond” on WNHH Community Radio. Goldson, a 35-year-old New Haven native, has sat on the committee since 2015.

“​​It was something that was inevitable,” she said in a phone interview with the Arts Paper last week. “When I do something, I give it my all. I give 110 and percent. I think going forward, we want to make sure that we have a successful 2023 parade. We really really need volunteers who are committed, who want to do the work, who share the values that we share.” 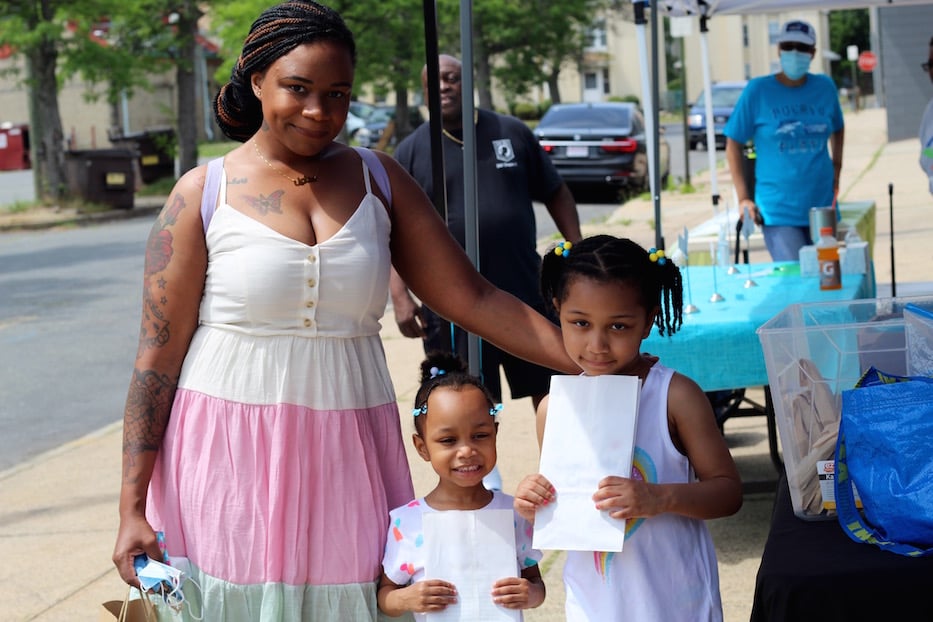 Goldson with her two daughters, Brooke and Brielle, at "Stetson On The Street" last summer. Lucy Gellman File Photos.

That work begins for her immediately, she added. While the parade may be on hiatus for one more year, a smaller, scaled-back neighborhood festival is planned at the Dixwell Community Q House in early June, on what would have been parade weekend ( the committee has partnered with the International Festival of Arts & Ideas, Brown said). In September, the parade’s traditional fundraising gala returns to the Omni New Haven downtown. Then in June 2023, New Haveners can expect a full parade on Dixwell Avenue, barring any more pandemic-era shake-ups.

During their radio appearance earlier this month, both Brown and Adger stressed that it was not a decision they made lightly. Both lifelong New Haveners, the two grew up looking forward to the Freddy Fixer every year. Brown remembered it as a magical Sunday, when churches emptied out mid-morning and people set up lawn chairs on the street, lining Dixwell Avenue in a sea of church hats and Sunday finery. If you were lucky, Brown said, your parent might buy you a toy or treat from one of the vendors who rolled in.

Her mother, the late Newhallville matriarch Lillian Brown, spent years volunteering for the parade, making it part of her commitment to neighborhood service. In turn, Brown and Adger fell in love with the ritual, from planning their outfits to marching in, marshaling, and ultimately running the parade decades later. In 2019, they brought that same childlike excitement back to Newhallville and Dixwell, as thousands attended a Freddy Fixer that was widely heralded as a family reunion. Last year, it lived on in spirit in a much smaller way, as a day-long neighborhood cleanup on Juneteenth. 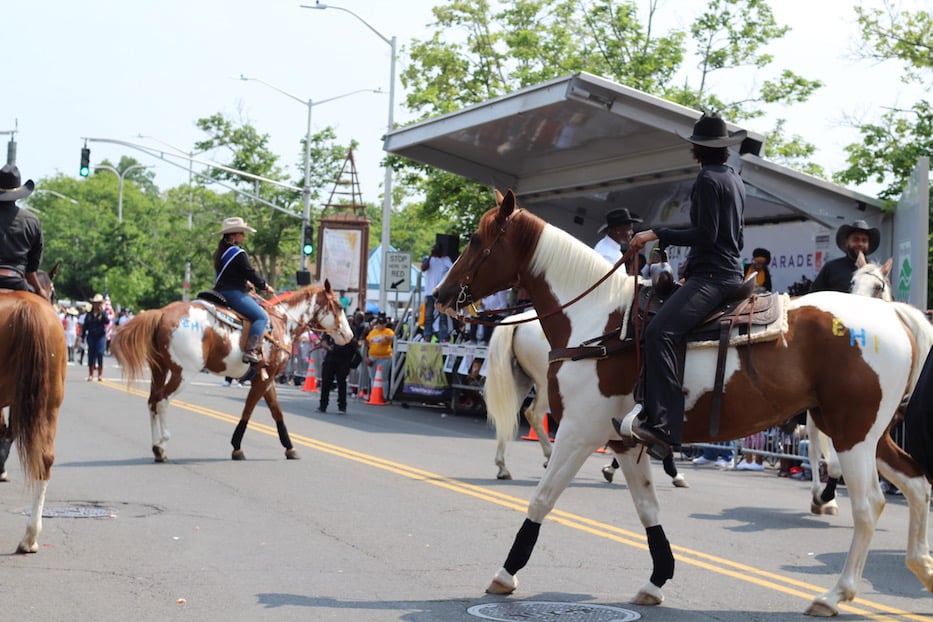 “When I was a little girl, the parade was bigger than life,” Brown said. “As a little girl, I would stand on that corner, and anybody that was somebody in New Haven was in that parade. Churches, NAACP, all the high school majorettes were in, the school bands were participating. It was just a little bit of everybody. The Elks, the Eastern Stars … anybody who was somebody in the Black community was in the parade, and it was a proud moment to stand on that corner and see people that look like you ride by.”

The decision to pull back on the parade this year was both a financial and logistical one, she added. In a recent press release, members of the ECFFPC wrote that a new ordinance from the city’s Board of Alders meant that the cost of the parade, particularly paying for police overtime, would total over $100,000 (the city has since offered to help negotiate costs, as first reported in the New Haven Independent).

At the same time, the pandemic hampered the committee’s fundraising capacity. As waves of sickness, unemployment, and rising food insecurity rippled through New Haven’s Black neighborhoods, “it wasn’t a situation where we would have gone out and asked people for any funding at that time,” Adger said. Covid-19 also meant that the parade could not hold its annual gala in person, or count on some of the same sponsorship that normally came in. Taking a beat was the best decision for the parade’s long-term sustainability, Brown said.

The news of the parade’s hiatus has had a silver lining, she added. In the aftermath of an initial press release, there are “some individuals that we can’t name right now that have stepped up to the plate." As Goldson assumes leadership of the parade, Brown plans to remain involved in asking new people, particularly younger community organizers, to join the all-volunteer committee. Without them, she said, the parade can’t continue for the long term.

“If your heart is in something, and you’re dedicated to something and you’re committed to something, sometimes other things follow,” she said. “The money follows, the donations follow. So part of my role is gonna be to get the community back to the table, and let’s get involved. And let’s own this parade. Let’s make it our own, And let’s say ‘Never again.’ This is not gonna happen again.”

“We have given so much of our life for this over the last several years,” she added. “And while we don’t mind to do it, it would really be nice to be able to pass the baton to some younger people.”

A smaller neighborhood festival will still honor the parade’s legacy, which revolves around community service and stewardship. In 1962, Dixwell resident Frederick Smith spoke to his neighbors about their need for tidied yards, swept city blocks, and looked-after greenspaces. Collaborators like Edna Baker Carnegie, Dr. Charles Twyman, and dozens of enthusiastic neighbors jumped in to help. After a year of communal work, the parade allowed them to celebrate together.

“All is not lost,” Brown said. “We will be able to get together as a community on June 4, and of course Freddy Fixer will be there.”

Goldson said she’s excited to help carry on that storied legacy. As a kid growing up in Newhallville, she looked forward to the parade as “the highlight of the year.” Like Brown and Adger decades before, she spent months picking out and planning her parade outfits. When she got older, she danced in the parade as part of Hamden High School’s pep squad.

When she left New Haven for college, Goldson knew that she would return. She and her husband are now homeowners in the city’s Newhallville neighborhood with their two young daughters, Brielle and Brooke. Seven years ago, she joined the ECFFPC in an official capacity. In 2019, she served as a parade marshal; the following year, she helped run a virtual gala. She sees the role as helping build her community, and said she wants the tradition to be as special for her daughters as it was for her.

“A lot of people, when they leave, they feel like there’s nothing to come back to,” she said. “I wanted to come back and invest in my community.”

To hear more from the interview with Diane Brown and Petisia Adger, click the audio above.