From The Corner Of A Dark Room, With Fear 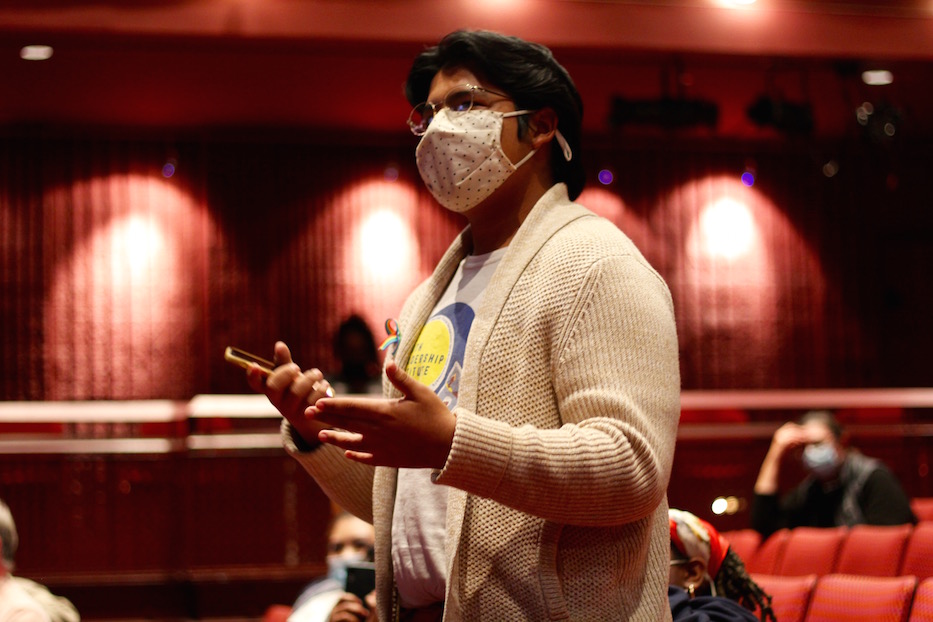 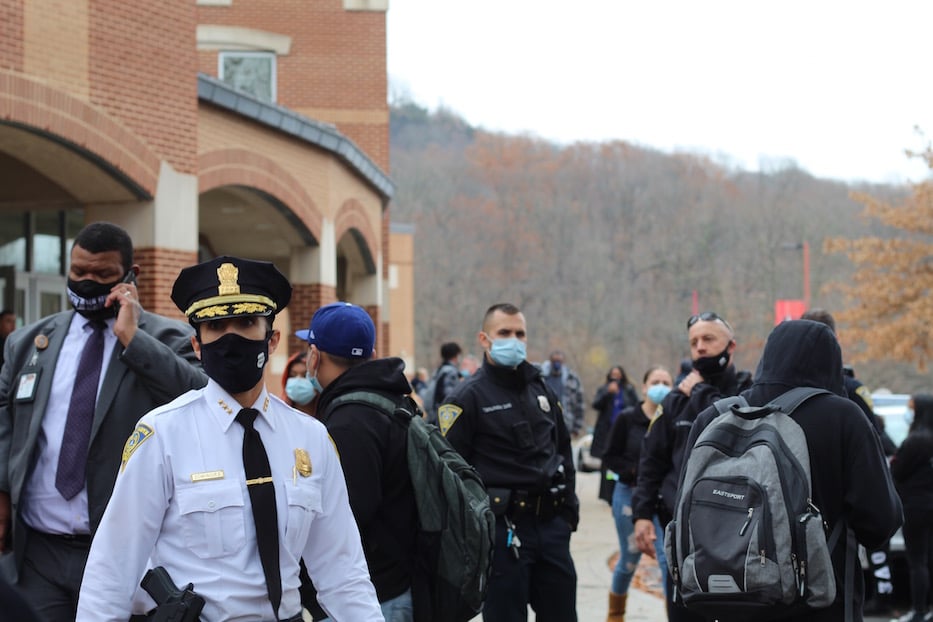 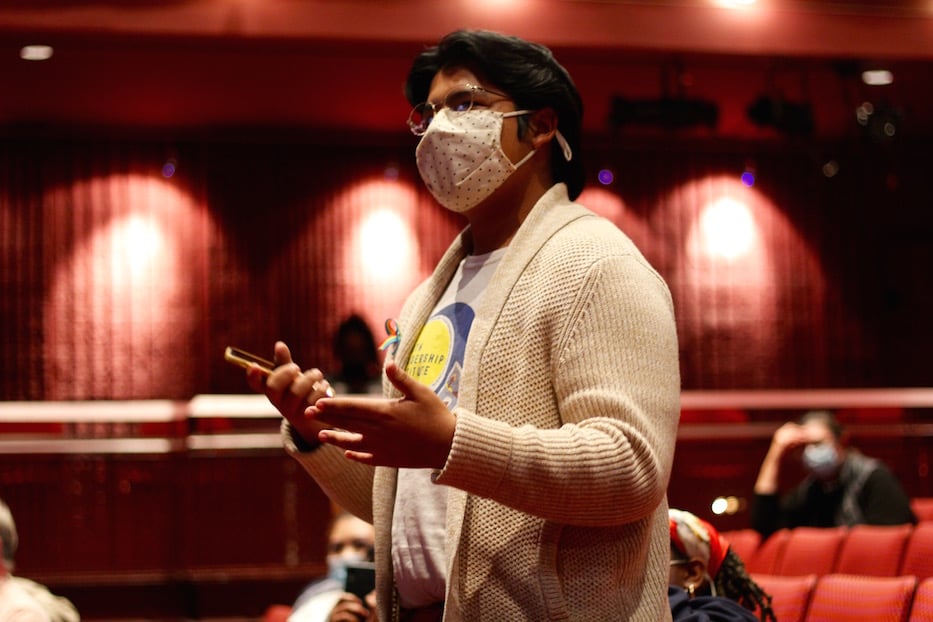 The Socialist Neighborhood Action and Care Corps will be hosting an informal support circle open to all New Haven students and teachers on Thursday, Dec. 9, 2021 at 3:30 p.m. at 928 Chapel St. to discuss the lockdown and threat of gun violence that happened on Dec. 6.

At around 8:54 a.m. we heard the loudspeaker announce “lockdown,” and the sound of startled teachers slamming their doors. I felt the gentle, but urgent, shove of my homeroom teacher, Mr. Loureiro, as he ran to the door. From the start, it was obvious that this was not a drill—we conducted a lockdown drill last week.

In the corner of the room, away from the windows and door, shaky seconds turned into a dreadful two hours. A small stream of rumors, text messages, and screenshots came trickling in. They soon flowed like a spontaneous river, born from a rainstorm, in the local creek.

A slow and steady anxiety gradually turned into a looming but quiet panic. A sort of panic that you normally need to get up for and shake off. But we couldn’t get up. We were stuck, sitting in the corner of the room. I, struggling to find and take in fresh oxygen, shook, fussed, shuddered, and closed my eyes, hoping that I wouldn’t hear the single bullet shot, followed by the blood-curdling screams that you hear about on the news.

Our homeroom group showed screenshots to each other: an email from the principal sent to the teachers that read: “This is a serious lockdown. Do not let anyone out.” We saw text messages that warned us to “stay put, stay quiet, and do not move.” Pictures and videos surfaced of worried parents and endless police cars parked outside. There were Instagram accounts and copycats and another email, with the subject line “Urgent Request.” The body of the text described a potential shooter based on a description the police had received.

"This is urgent.” The email firmly concluded.

Truth be told, it is absolutely fucking disgusting that we had to hide in a corner, hoping we wouldn’t hear a shot, jumping at the slightest sound of the creaky cupboard behind us. It’s disgusting that we had to comfort and protect ourselves, simply because people in power, on all levels of government, are unable to do so. It’s vile that the text messages between my mother and me, alongside almost every other student, were filled with crippling worry and the eerie, unwritten but known, possibility that some of us might have to say  “goodbye,” “forgive me,” and “I love you.”

How sad is the fact that my best friend in another high school called in tears because she thought that there was an active shooter at my school? The countless messages from family abroad? How infuriating is the fact that there was only one puzzle piece missing from completing a tragedy, a new CNN headline, scripted political debate, and “thoughts and prayers?” How sad, that this will probably be the mark of renewed and more aggressive policing and militarization of our places of knowledge, students, and lives.

Our class was finally able to evacuate around 11 a.m., walking in a single-file line and escorted by security. We arrived outside—riddled with police, FBI agents, and the mayor. Everyone was ordered to either go to the tennis court to wait for their busses, walk to their worried parents, or walk home. In the moment, I did not know where to go– eat with my friends at P&M? Walk or take the crowded bus home? Or go to work as planned downtown?

I ended up eating with my friends, staring at the ground as I waited in line to purchase my items, trying to process what had happened without any internal monologue. It was a bit eerie to see how relaxed some students were, as if it were a normal day. There were groups of giggling friends and commuters walking to and from P&M on Orange Street. After a couple bites of a cookie, I moved away from my table full of friends, and boarded the bus, and overhearing a conversation between two men on the state of our schools.

This is not a narrative for entertainment or looking for pity, but a record for collective memory—and another call for liberation. There is a world in which we respond to this through increased dialogue, healing and listening, and access to care, rather than increased militarization of our schools. It is a world that will be attained through the beauty, hope, and strength of workers, of youth, students and teachers, of poor, of queer and disabled people, of activists and those who have historically been oppressed.

I do not dare compare what could’ve happened in New Haven to Michigan for I know that as long as the systems of colonialism, capitalism, and racism haunt our lives, there will be another sorrowful tragedy. That Michigan will simply be forgotten, just like the rest, to make way for the new wave of “thoughts of prayers.” It is our moral duty as organizers, students, and neighbors to work alongside our accomplices to move towards a liberated world, a healed world, an ending to the story that is not filled with new tragedy and tears in the dark corner of the classroom.

Dave John Cruz-Bustamante is a sophomore at Wilbur Cross High School. They are an Operations Apprentice and Political Education fellow at City Wide Youth Coalition (CWYC) and the founder of the Socialist Neighborhood Action and Care Corps (SNACC).