How “Easter” Saved His Life 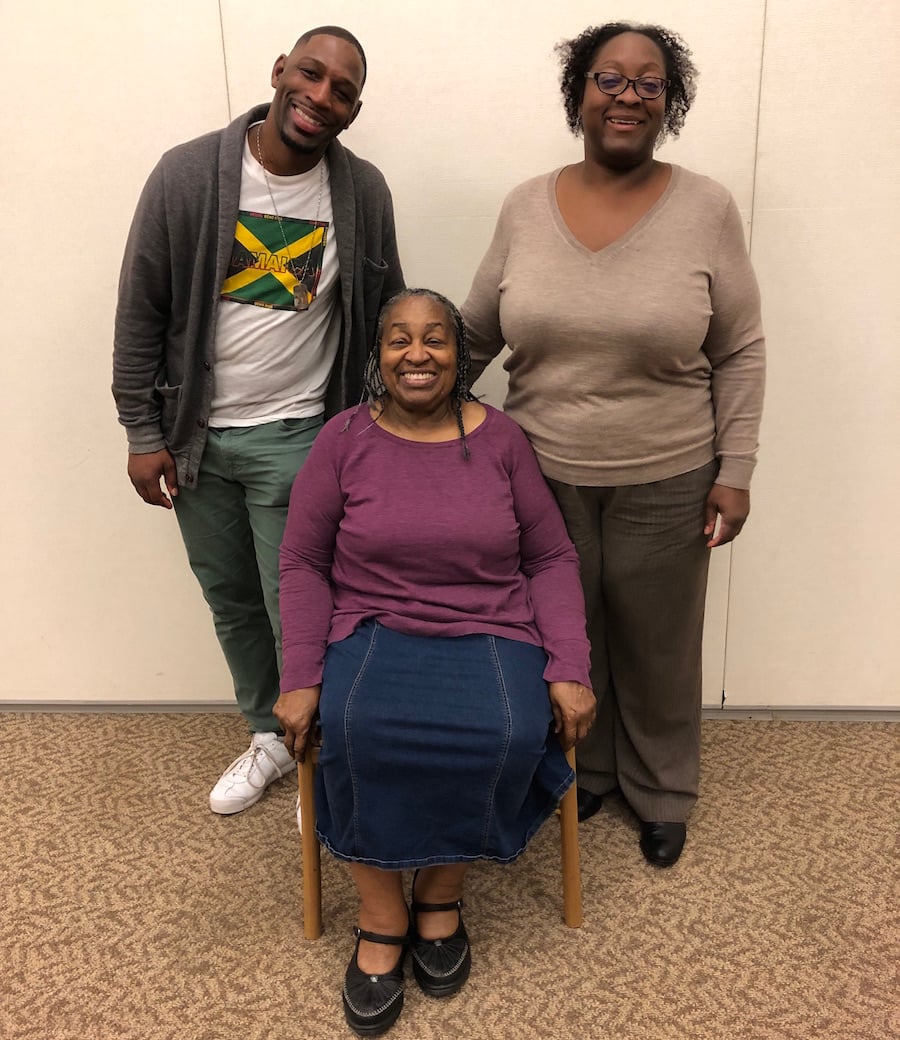 A New Havener is making his pitch for adoption from the heart—and hoping to improve the holidays for kids in the foster care system in the process.

That New Havener is Michael Howard, host of Connecticut Public Television’s (CPTV) Mike Nice Show. Earlier this month, Howard spoke about his own experience with adoption at Tower One Tower East, an assisted living facility that was one stop on several he makes in November, which is also National Adoption Month.

Howard’s story began in Rhode Island 32 years ago, when he entered the foster care system as a baby. At birth, he was forced into the system, separated from his biological sister Tara D’Ambra when she was adopted and he was not. Howard recalled that the division took a great toll on his emotional state. He began to act out, earning the label of “the problem child” before his third birthday. Before a packed audience at the Towers, he recalled wondering,“Was I going to grow up in the foster care system?”

He got his answer when he was three. One day, he was playing with his blocks—his favorite toys, he specified, getting a laugh from the audience—when a woman with pink glasses and puffy hair approached him. He identified the woman as “Easter,” who he associated with the Easter bunny.

Easter invited Howard to McDonald’s, where he indulged in chicken nuggets and an orange soda. She brought him a stuffed animal that he still has to his day. At the end of their day, the woman asked young Michael, “Would you like to see me again?”

For the next eight to nine months, the pair began building a relationship. Easter, who was connected by a social worker named Johana Reid, took the young Howard to the mall, the movies, the zoo, or the aquarium. At first, he said, he was quiet with Easter. As time went on, he began to wonder why the woman would not take him “home” at the end of their days. Then, when he was four, she did.

On her birthday Easter asked him, “Would you like to live with me?” Howard said yes. The date, which he said he has never forgotten, was April 5.

From that moment, Michael Howard took on a new identity. Raised for the first four years of his life as “Coty,” Howard first chose a new name inspired by the famous basketball store, Michael B. Jordan. He dedicated himself to school with new verve, his mind steadied knowing that he had a permanent home to return to at the end of each day.

Now 32, Howard said he sees immense beauty in adoption. “As a kid, he had a speech impediment and a learning disability, and yet “[Easter] still wanted me...I owe her my life.”

The odds, he added, had been stacked against her too. Easter was a Black woman, divorced with a daughter named Claire already in tow. She had to persevere—first in the adoption process, then in helping Howard change his name, then in getting him the education he needed to work through his learning disability.

“She gave me a second life, a new beginning,” he said. He wears a dog tag with a photograph on its face from the day of his adoption. It serves as a reminder “to have been so lucky to be raised by an outstanding mother.”

Howard also spoke about the impact that his older sister, Claire Howard, has had on his life. When health problems landed Easter in the hospital, Claire took care of him. Her professional trajectory—she went to Yale University and then earned a law degree—inspired him to pursue college. After graduating from high school, Howard earned his Associate’s Degree from Gateway Community College and a B.A. from Southern Connecticut State University (SCSU). He’s now enrolled in graduate school, pushing through his degree with her constant support.

Howard said he sees it as his duty to advocate during adoption awareness month, because of all the opportunities it gave him, including his degree, his family, and his show on CPTV. Surrounded by elders at Tower One Tower East, he told the audience that he considers it the single best thing that happened to him, because it opened so many doors to him.

Now has been advocating for adoption and the foster care systems for four to five years. After giving a speech at Wilbur Cross High School in 2014, two girls approached him, so inspired that they wanted offer to help. Howard was not exactly sure in what way they could help. Every suggestion he offered did not seem sufficient to them. Later, the girls went on their own and collected $500 for kids in foster care that Christmas.

Inspired by the girls’ action Howard founded a a fundraising drive called 4&Up, which makes donations to kids ages four and up who are living in the foster care system during the “roughest time of the year.” He described the drive as a “sign of hope that people are out there that can empathize with what [kids in foster care] are going through.” He also mentioned it is important to celebrate teenagers in foster care, because they are easy to overlook.

Howard will speak about his adoption story and the 4&Up drive Saturday Nov. 24 at the Wilson Branch of the New Haven Free Public Library (NHFPL). The Mike Nice Show comes on at 9 P.M. on CTV on Thursdays. It is also available on YouTube and Vimeo under “mikeniceshow.”