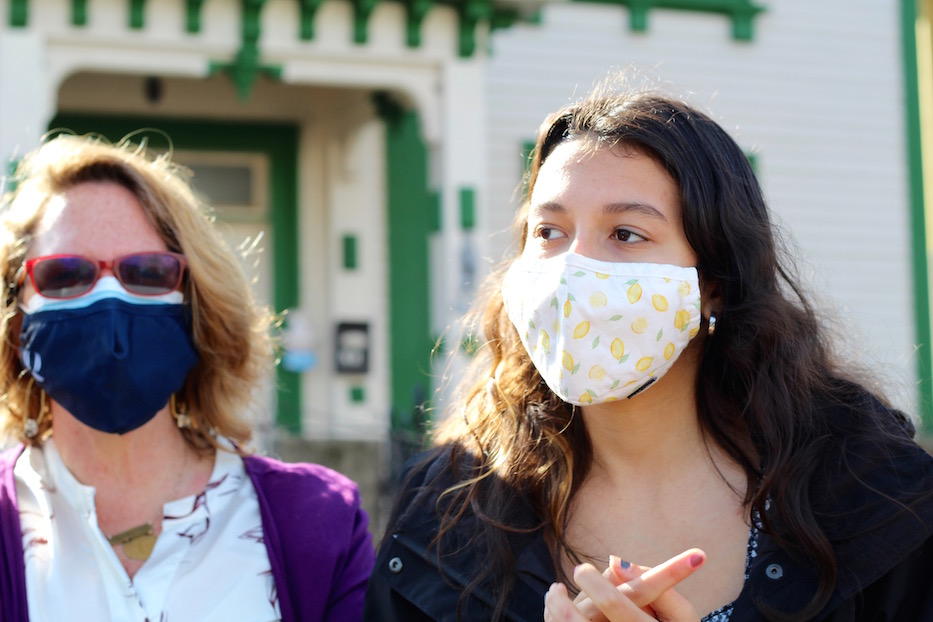 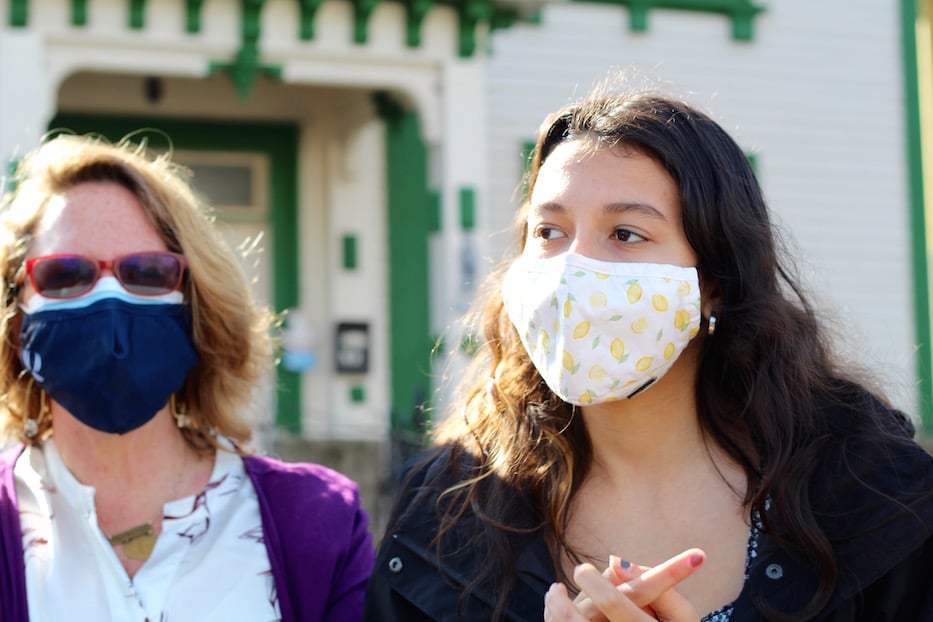 Elina Murarka spent her Friday afternoon hoping to get a glimpse of Vice President Kamala Harris as she passed through New Haven. A few decades from now, she aims to be the one riding in a similar motorcade—as President of the United States.

17-year-old Murarka is a senior at Wilbur Cross High School, with plans to study law and political science when she heads to Duke University in the fall. Friday, she made her way to the city’s Hill neighborhood with a few close friends—and hundreds of fellow New Haveners—to cheer on the Vice President during her brief visit to New Haven. For her, the afternoon marked history in the making.

“I want to change the world,” she said. “And politics, or law, is a way to get there. I want to fix the systems that put people down.”

Harris was in the city Friday for an educational roundtable at the Boys and Girls Club of New Haven, which sits on Columbus Avenue. Just after her last classes of the day, Murarka jumped in a car with her friend Alyssa Frechette, aunt Debbie Bronfeld, and “second mom” JoAnne Wilcox to head to Howard Avenue. The four found a grassy spot to wait across the street from Roberto Clemente Academy. 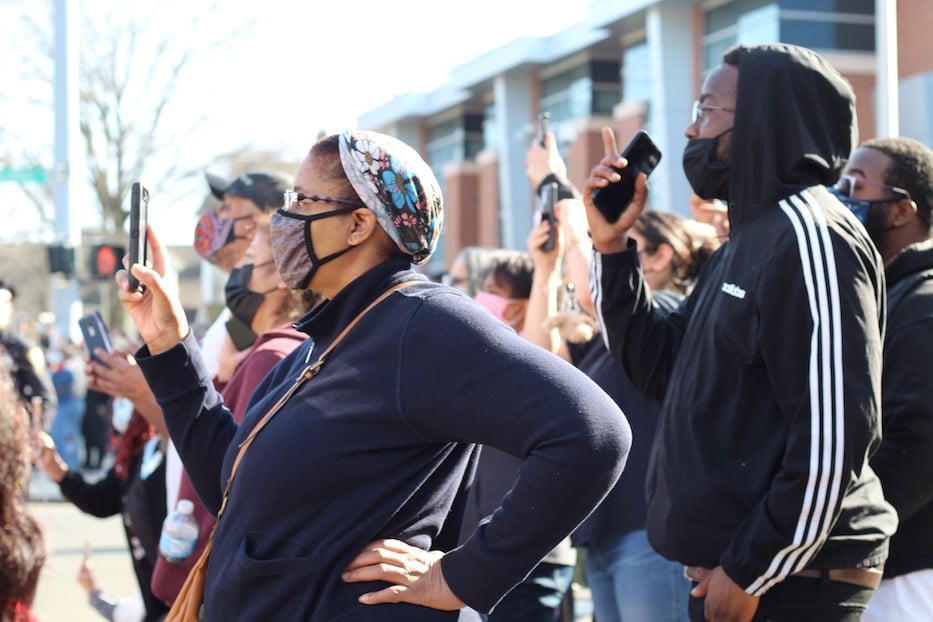 While she jokes that “Kamala stole my brand,” she speaks of the Vice President with a mix of admiration and ambition. Murarka is the daughter of the late Dr. Marjorie Rosenthal, who died last year of stage four colon cancer at the age of 53. When Harris became the nominee last year, Murarka saw herself reflected in the vice presidency for the first time. She started doing research, and found out that the two had a surprising amount in common.

Like Harris, she is also half-Indian, and was raised by a single mom who worked as a researcher and died of cancer (Rosenthal was a pediatrician and professor at the Yale School of Medicine; Harris' mother, Shyamala Gopalan, was a biomedical scientist). Like Harris, she has a sister named Maya. And like Harris, she will be celebrating Passover this weekend—although Harris kicked the holiday off early, in a virtual celebration with Second Gentleman Doug Emhoff on Thursday. While Harris married into the faith and Murarka was raised in it, she said that the parallel is still there.

The similarities go deeper, she said. She has felt a powerful drive to go into law and politics since she was in preschool, and Hillary Clinton “stole our parking spot” at the Phyllis Bodel Childcare Center on a visit to the city. After Rosenthal explained that families do not, in fact, own parking spots, she made a sign welcoming Clinton to New Haven. Soon she was chattering away about the presidency with her friends and family.

“She’s been talking about this since she was four,” said Bronfeld, speaking from behind a mask decorated with images of the late U.S. Supreme Court Justice Ruth Bader Ginsburg. 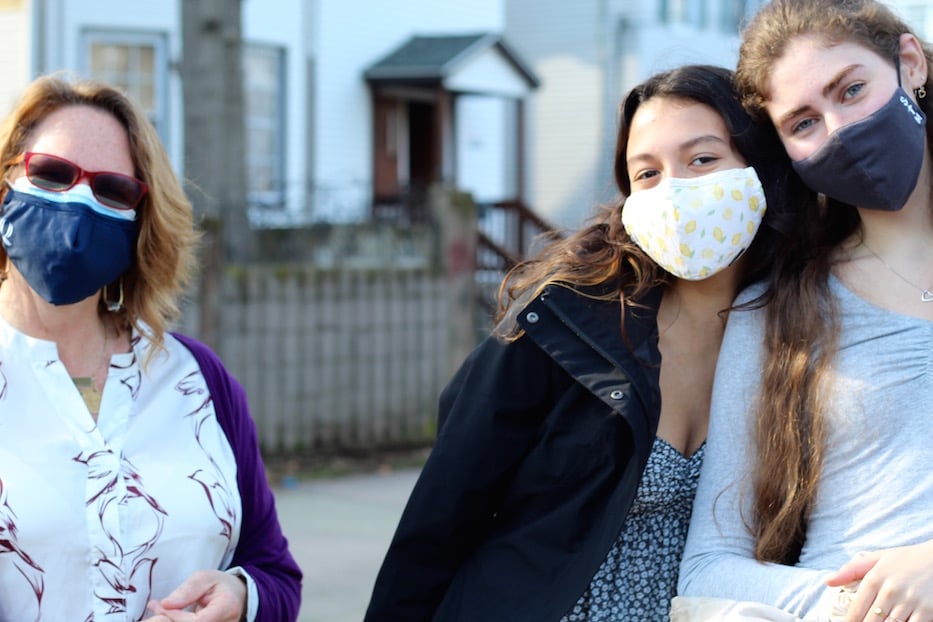 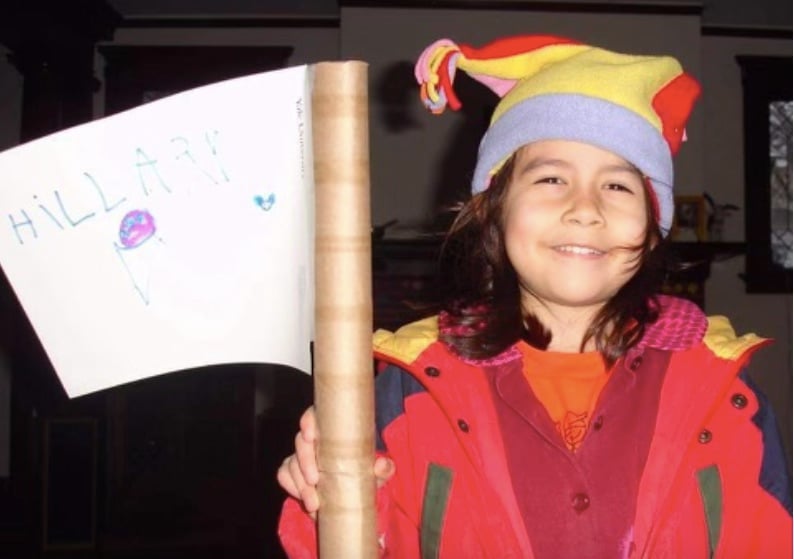 Top: JoAnne Wilcox, a fellow Westvillian who works nearby at Clifford Beers, with Murarka and Frechette. Lucy Gellman Photo. Bottom: Warming to Hillary Clinton after all. Contributed Photo.

Murarka admitted that lots of kids want to be president—she just never stopped wanting it. As a kid, she went with her mom to vote in elections and learned about the voting process from her grandmother, a poll worker in Boston. In fourth grade, she proposed a campaign for universal puppy ownership, because she thought it would make the world into a happier place.

Since then, her political views have become more nuanced, and traveled farther to the left. Before her mother passed away last year, the two would sit with each other and talk for hours about health care, immigration, and education. During an uncontested local election year, she remembered watching her mom list her as a write-in candidate to prove a point about the importance of multiple parties running.

At Cross, she has taken every government and politics course available to her. Last year, she studied how wealth disparities and statewide resource allocation affect public school funding in New Haven and Greenwich. While “I knew there was a gap,” the sheer size of that gap left her reeling, and more politically motivated than she had been at the beginning of the assignment.

She said that when she thinks about going into politics, her mom remains her biggest inspiration. As she waited for the motorcade, she outlined a potential platform that includes broad, progressive immigration policies, fully funded public schools, and Medicare for All. The first became a priority while watching her mom, an associate professor of pediatrics at the Yale School of Medicine, fight colon cancer for nearly a decade.

"My mom had stage four colon cancer, and she could have been dead seven years ago if she didn't have good healthcare access," she said. "How can we say as a country that that's okay for another person's family because of what they make?" 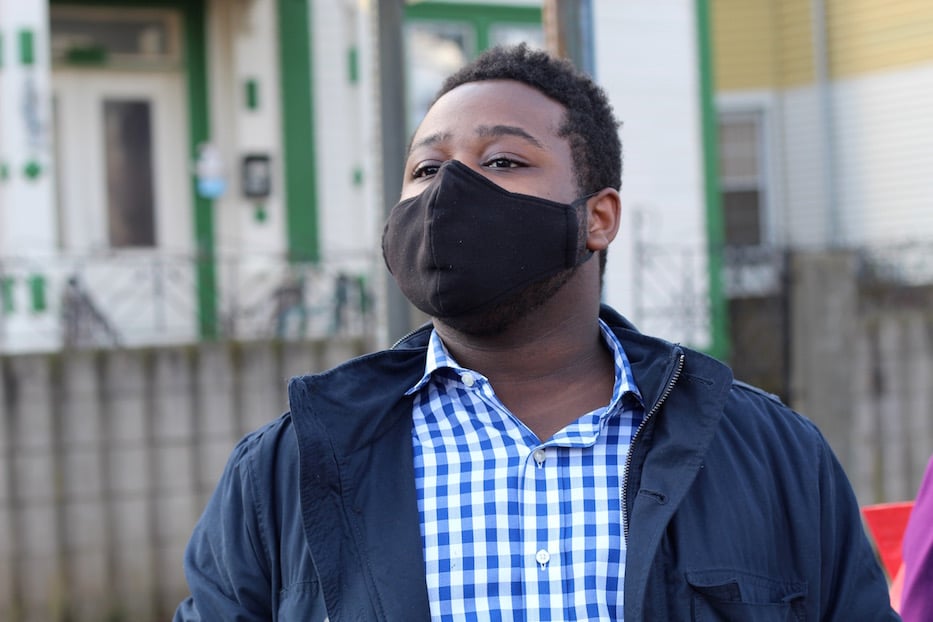 While she doesn’t entirely agree with Harris’ political record, “I would have voted for her if I could have," she said. While waiting Friday, she made fast friends with those around her, watching as police blocked off the street, directed traffic, and reasoned with the occasional driver who was trying to get through. A few feet away, Engineering and Science University Magnet School (ESUMS) senior Alyssa Frechette waited eagerly with her phone at the ready. The two have been best friends since they met as students at Edgewood School.

Murarka and Wilcox talked to onlookers as they gathered, excitement rippling through the crowd as the sun came out. They chatted with Boris Epie, a junior at Yale who is studying neuroscience and psychology. As an immigrant from Gabon, Epie only recently became a United States citizen. Last November marked his first presidential election.

“I’m just very thankful to be reflected by someone who looks like me,” he said.

Murarka kept her eyes fixed on the corner of Howard and Columbus Avenues, where a web of police had been gathered for hours. A little after 4 p.m. there was a rumble in the distance, followed by a cheer that went up from the crowd. An SUV inched onto the wide street, pausing for a moment beneath the blue awning of Berney’s Pharmacy. For just seconds, Harris waved from a back window. Then she was gone.

“I saw her!” Frechette exclaimed. 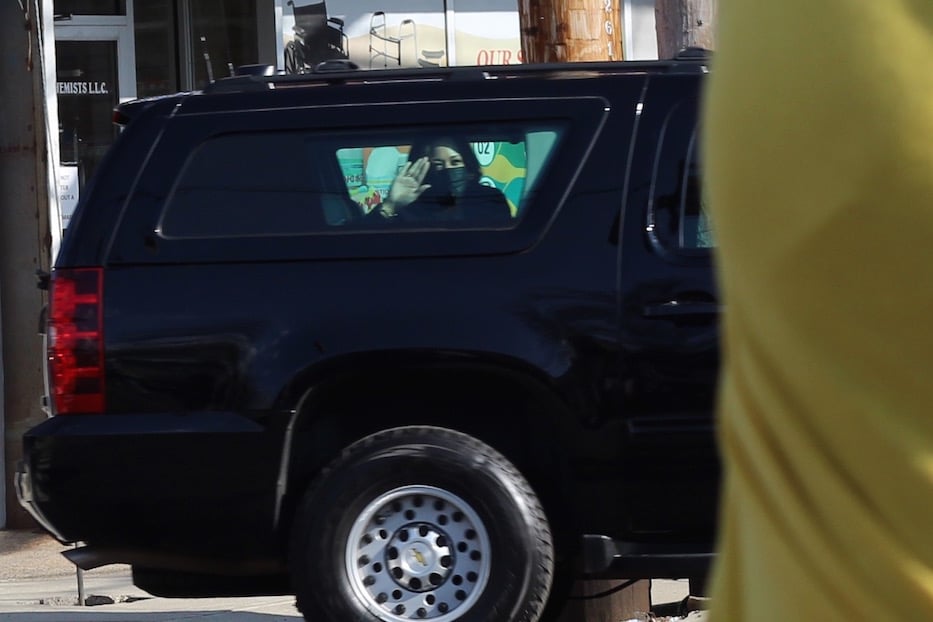 As crowds thinned, Murarka said that she sees political involvement as a lifelong activity. While she will technically be eligible to run for president in 2040—"I’ve done the math,” she said with a laugh—she wants to serve as at the grassroots, as a lawyer, and as a legislator in Congress before setting her sights on the White House. Before all of that, she has to finish high school. She plans to return to in-person learning on April 5, and graduate with fellow members of the senior class in June.

“Legislators have a voice, they can make laws, and they have a serious impact,” she said. “And they're [the people currently serving] not necessarily representative of our world today—of our countries, of our communities today. They're a bunch of white men, and they don't represent me. They don't represent my views or who I am.”