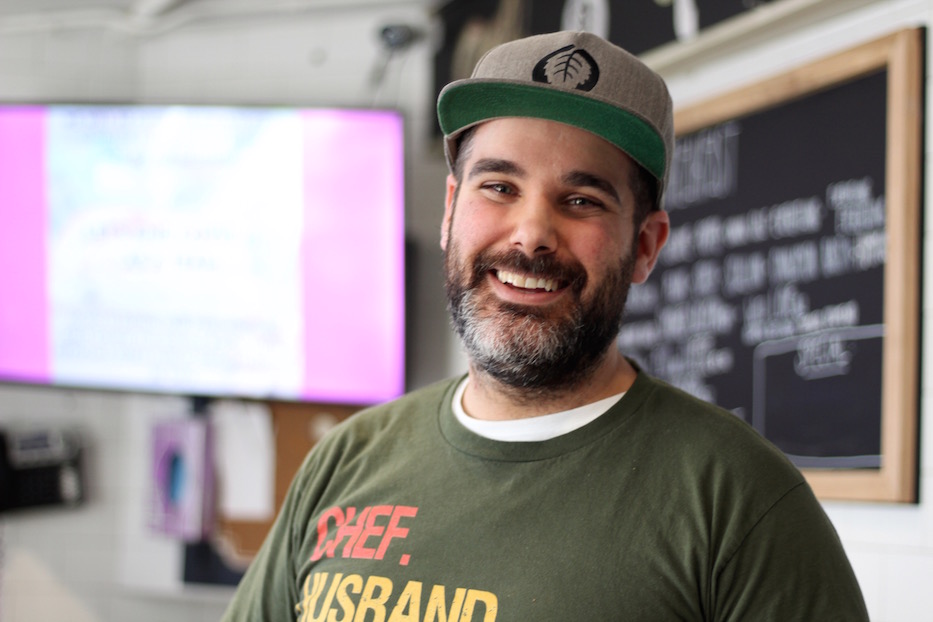 Craig Hutchinson looked around his empty shop Tuesday and took a deep breath. A spray bottle of disinfectant and small, peach-colored container of hand sanitizer sat on one of the tables. A few remaining staff members cycled in and out of the kitchen. A single lemon bar remained, boxed, on the counter. Hutchinson pulled up a webpage on his computer.

“Welcome to the war room,” he said.

Hutchinson is one of the co-owners of Olmo New Haven, a restaurant, take out shop and bagelry that opened in late 2018 in Caseus’ old building. As small food businesses scramble to survive COVID-19 with a mix of takeout and delivery, he has moved the restaurant to a subscription-based delivery service model.

Orders are prepared by Hutchinson in the kitchen, then sent out for contact-free delivery (which he often does himself) on Thursdays and Fridays. A subscription includes one breakfast and two dinners per week; Hutchinson has added vegetarian, vegan and gluten free options for potential customers. Everything comes in biodegradable containers that can be reheated.

The idea, he said, is that people can still “eat out” as they would on the weekend, except they are eating in. The service is currently built out for up to six weeks, with the understanding that social isolation may stretch beyond that point in time. He recommended Snackpass for streamlined orders and payments. 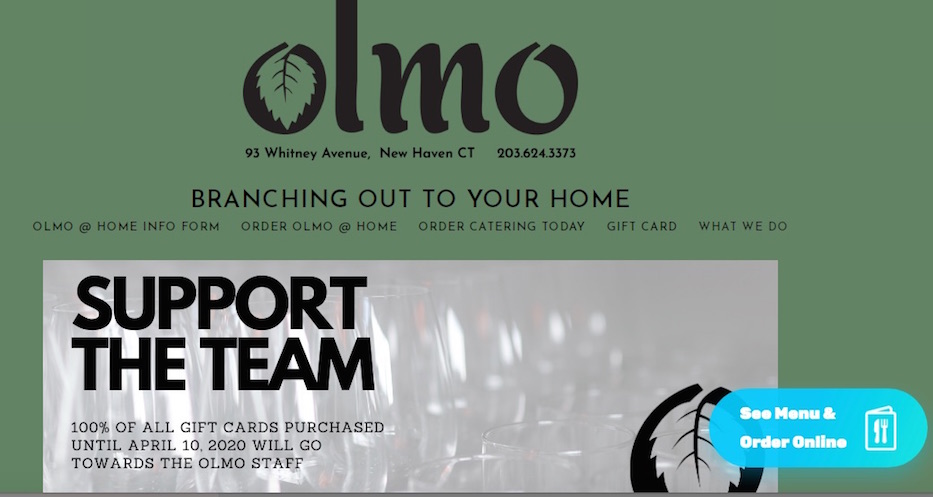 “We’re going full pivot,” he said in an interview Tuesday, standing in a cleaned and disinfected shop with a skeleton crew still working in the kitchen. “We wanted to figure out how to come out the other side of this with no debts.”

Hutchinson plans to use the model as a way to not just keep the business afloat, but give back to local distributors who are also feeling the strain of COVID-19. For as long as those small businesses remain operational, he plans to source ingredients from them and distribute that food in the community. Those include Bloomfield-based Brioni’s Coffee, Massaro Community Farm, Foxon Park soda and Mystic Cheese among several others.

Currently, subscriptions come in two week increments, with options for two or for four diners. Selections for week one, for instance, include a parfait made with local yogurt, roasted chicken with a side of quinoa and carrot cake, and pulled pork and beans with homemade dinner rolls. Another week offers a "take and bake" burrito, salmon, Chana Masala with roasted squash, and blondies among other options. He is trying to keep the price at $10 per head per meal.

He is also adding a “provisions” component, through which people can get ingredients like fresh eggs and dairy in their homes. As he sees it, the shop is still receiving that food, and “it’s our duty to the community to provide food.” He has thought of testing out “provisions” packages for bread, toilet paper, soup, soap and towels as well. 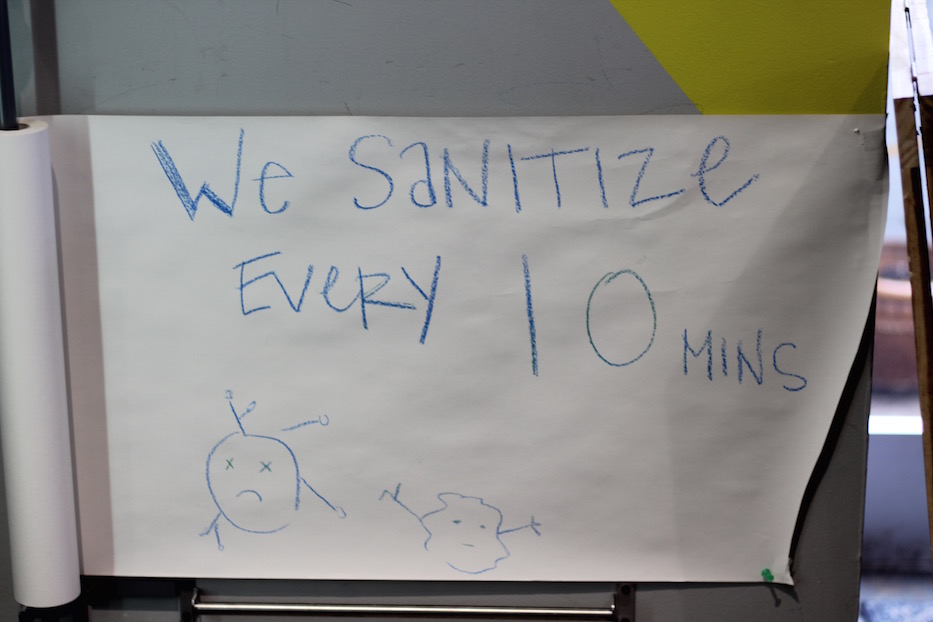 The decision comes in a week where the news has moved not day by day, but hour by hour. Hutchinson voluntarily chose to close down the restaurant last Saturday, after a number of patrons refused to be seated far apart from each other and “I realized it was going to be impossible” to enforce social distancing during a dinner rush.

The shop remained open for curbside deliveries through Thursday, after an executive order from Gov. Ned Lamont ordered restaurants, bars, gyms and theaters to shut down earlier this week. In the intervening days, Hutchinson has cut the staff down from 21 to just four. He recalled crying in the restaurant on Saturday and again on Sunday, while trying to figure out how to save the business.

In an effort to help staff through this period, all employees will receive a free food subscription for the first six weeks. All gift card purchases will also go directly to supporting staff, in what Hutchinson is calling the “Olmo Staff Relief Fund.”

“This has been the most creative I’ve ever had to be,” he said. “None of us were set up for this.”

For the moment, the solution has meant launching the subscription service, encouraging staff to file for unemployment insurance, and doing home deliveries throughout both New Haven and the state more broadly. Hutchinson said he is doing the bulk of deliveries by himself, although he may enlist the help of his parents and Olmo partners Jason Sobocinski and Jim Baronowski. His wife and young son are remaining at home. 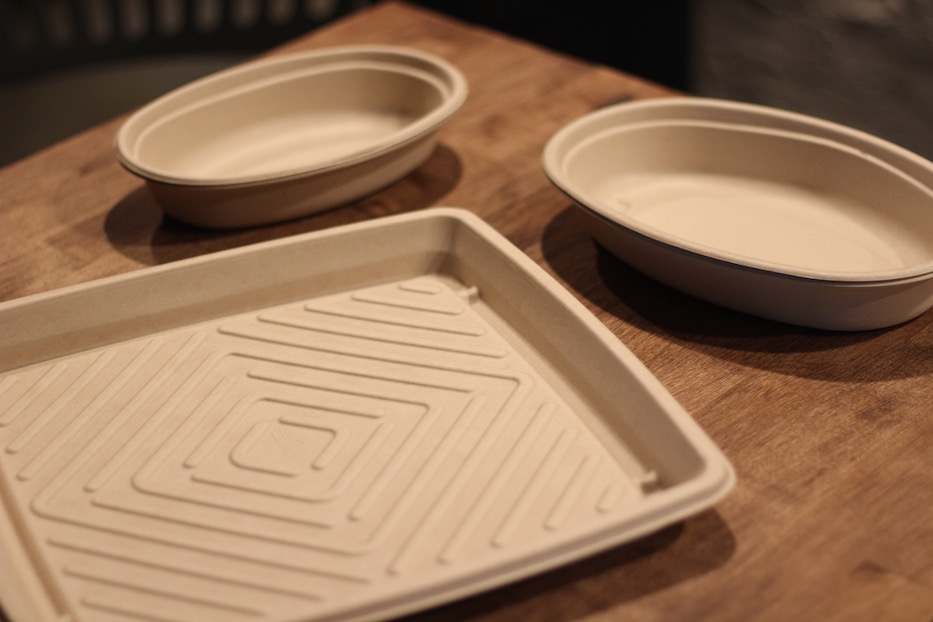 “To be super positive, I really do think we’re gonna make it out the other side,” he said, adding that he already misses one-on-one interactions with faithful patrons, but has completed at least one delivery from his car. “I want to be able to have a restaurant that exists anywhere. Olmo means New Haven. It means ‘elm tree’ in Italian. The roots and the branches are here.”

In some ways, he added, “this is a great opportunity to get to know guests better. Let’s switch up the game and get in the door. Or get to your door.”

“It’s a defining moment not just for us but for small businesses everywhere,” added Zena Alexiades, who is one of the remaining employees at Olmo. “I highly encourage every single restaurant to do a subscription service if they can.”

Click here to find out more about Olmo’s subscription service or to purchase a gift card. Click here for a list of New Haven restaurants and small food businesses accepting take out/delivery orders.