Poetry In The Garden Blooms Into Late Summer 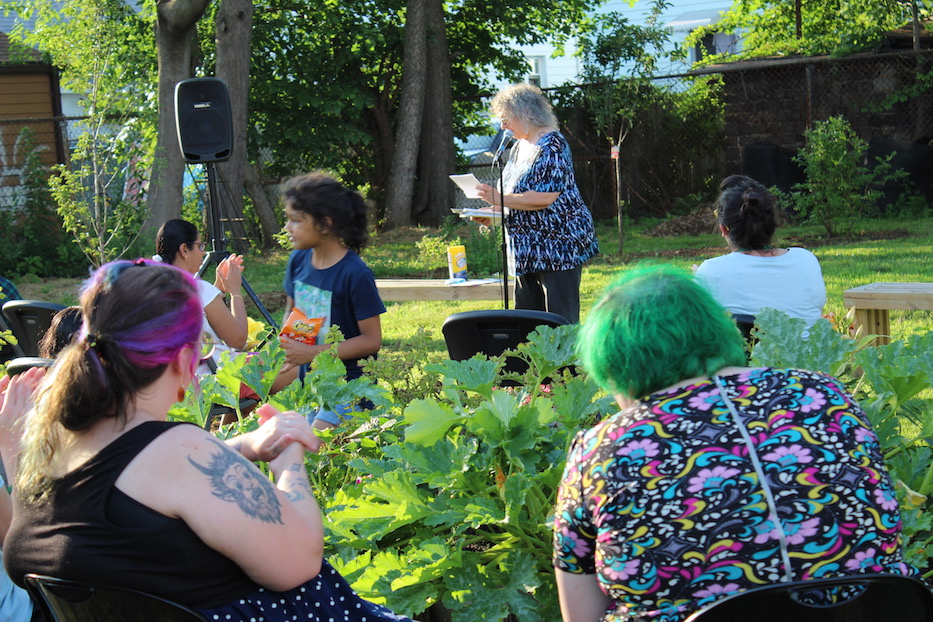 Clarise Annette Brooks approached the mic, smiling at a small crowd that had gathered among the vegetables. She turned to her poem “Great For All, Finally,” and looked up at the audience. Over a dozen pairs of eyes looked back. She began to tell the story of a man with whom she had had a “philosophical chat” that ended in a disagreement.

“He said to me: ‘Just go,’” she read. “If you don’t like this land of ours/Then hop a boat or plane/I’m sick of all you people/Who want to just complain.”

On a recent Wednesday, Brooks was one of several poets and writers who came out for the second “Poetry In the Garden,” an initiative of the Hamden Department of Arts & Culture and Hamden Public Library at the M.L. Keefe Community Center on Pine Street. A dozen or so attendees gathered for the event, which is held outside the Pine Street building in its community garden.

“The garden is blooming and so are your artistic talents,” wrote Hamden Arts and Marketing Manager Alisha Martindale before the event. “Share them.” 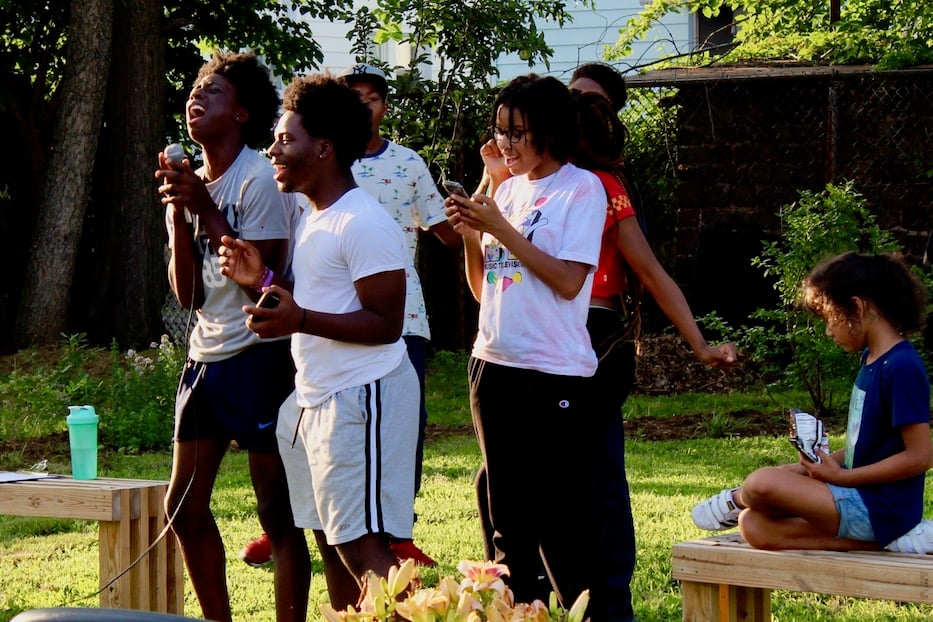 The quiet of the garden filled with voices as attendees arrived and took their seats. Trees and tall grasses swayed in the background. Before words ever graced the mic, volunteers from the Community Soup Kitchen served plates of chicken and vegetarian “zoodle” alfredo and caesar salad with fragrant garlic bread. Kids laughed and played on the bright playground nearby.

Not unlike the first event in May, attendees started the open mic with music. Accompanied by an orchestra of butterflies and bees, young participants sang Bruno Mars’ “Leave The Door Open” and slowed it down with the R&B flow of Keshia Cole. 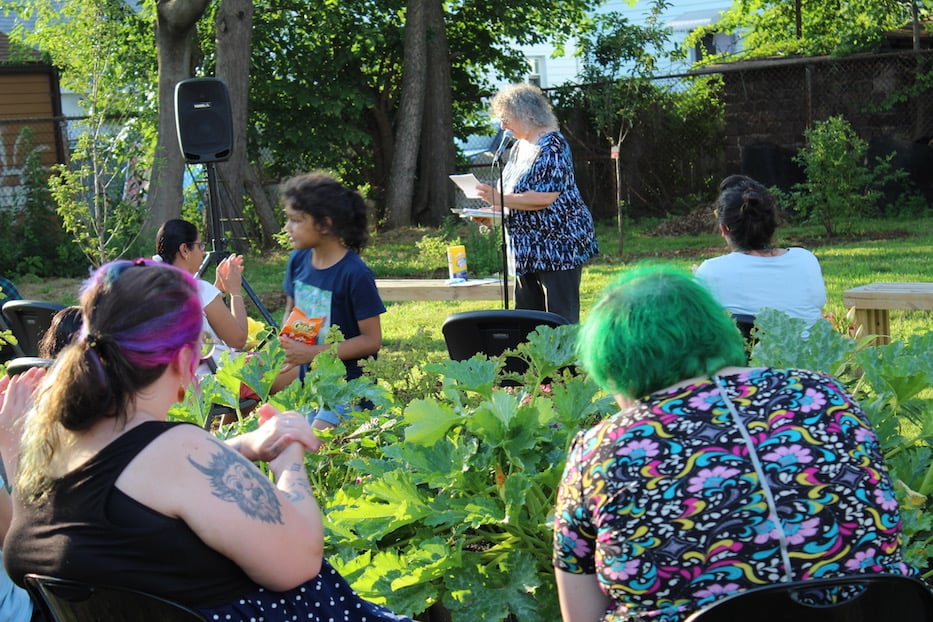 A little later in the evening, Hamdenite Paula Panzarella approached the mic. As her voice rose and tumbled toward the audience, she told attendees the story of Icarus’ fall, reimagined for her pages and her pen.

“Icarus flew too close to the sun,” she started, and attendees leaned in to listen. “Preparations, youthful impulsiveness mingled with the leap of faith …”

Later in the evening, Panzeralla said that she wasn’t always interested in writing poetry. Years ago, she met a man who worked at a soup kitchen. The two would talk for hours, broaching topics they disagreed on. Panzarella said it gave her a desire to have more of those conversations. Poetry is the medium through which she chooses to do it.

The event continued with both old and new faces. Spoken word artist Dee Broe dropped tight, rhyming lines in their poem “Olive Skin,” which focuses on the author’s own persistence when learning new things. 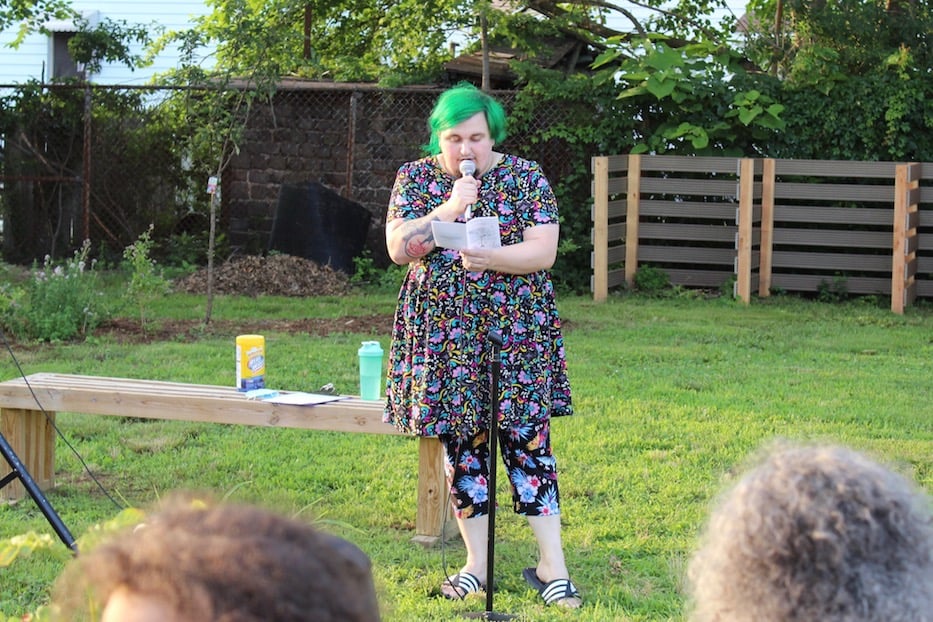 “From Theseus to Damocles/I’m mispronouncing names from Greece in an attempt/Again/To draw analogies that I can’t fully comprehend,” they read. “Every new beginning starts in fall/I’m learning from a shadow on the wall/That not all things need reason/Found my guilt where olive trees wither and reclaimed it.”

Brooks, who came with a copy of her forthcoming book Excuse Me While I Live My Life, said she wanted to spread the knowledge about Black history and ancestors in a way that people will listen. To her, poetry and spoken word has become a lifeline and a communication device.

She is an English teacher and high school principal, which meant that she turned Wednesday into a teachable moment. That’s what the poem “Great for All, Finally” seeks to do. The poem recounts a “philosophical chat” that she had with a gentleman who was so upset by her critiques of America that he told her to leave the country. 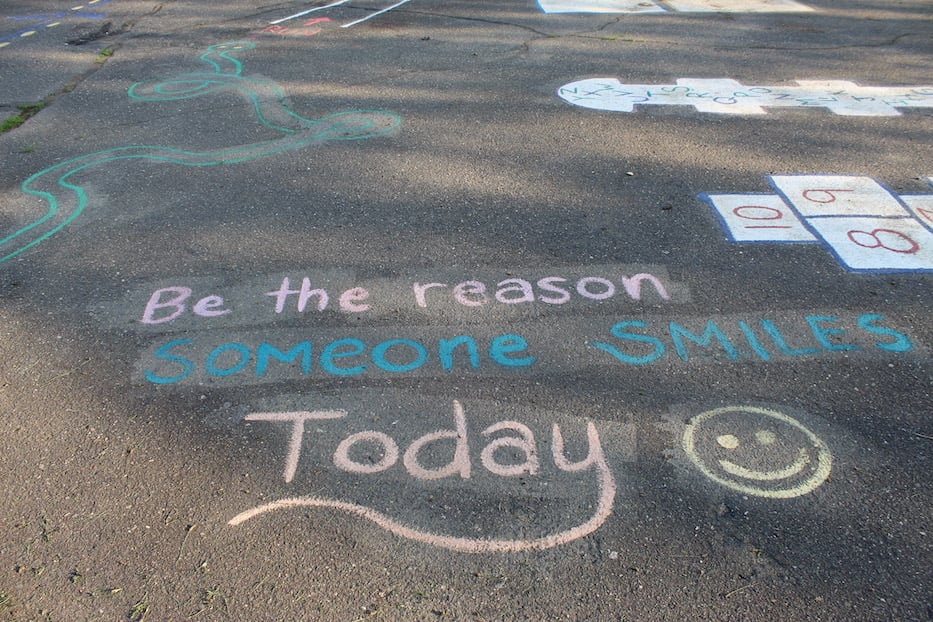 “I’m not the kind of person/To smile and keep pretending/Especially when there are situations/That need some real amending,” she read to a few snaps from the audience. “‘Cause just yelling ‘love it or leave it!’/Is the easy thing to say/Or because I am strong, you see/I’ll find another way.”

After a few more poems, music filled the space once again. Young performers took on a cover of “Despacito” by Justin Bieber. Others performed more R&B hits from the nineties. Around them, the event slowly came to a close. Attendees headed towards their cars, still chatting, and kids rushing to their bikes to catch up with other friends.

Once again, the garden was quiet, waiting for people to attend another event in the future.

Jamiah Green is an alum of the Youth Arts Journalism Initiative. She is a graduate of Cooperative Arts & Humanities High School and will be attending Southern Connecticut State University in the fall.