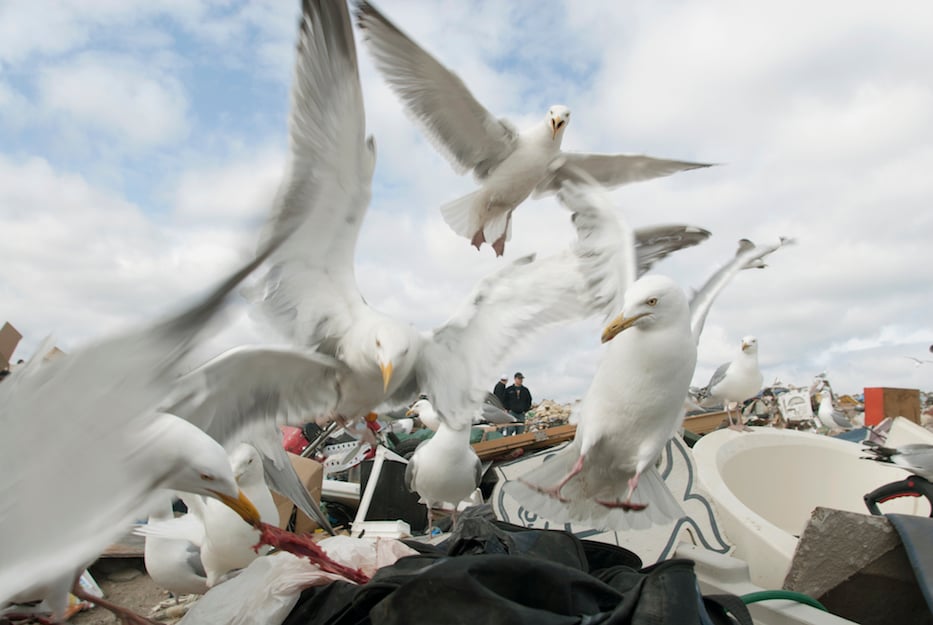 Gulls swoop in, pulling something pink and meaty from an unidentified source. A pickup truck drives through mountains of cardboard and wood, its wheels kicking up dust. A young, bearded guy in a white t-shirt sifts through unopened packs of vermicelli. There are pounds of it. The sky hangs low overhead.

There’s a sense of the holy and the hallowed underfoot. It might be a dump, but it feels a little like a cathedral, too.

That ecosystem lies at the wildly beating heart of Salvage, a new documentary from director Amy C. Elliott coming to the New Haven Documentary Film Festival this Friday evening. The film, which received production help from Westville Village Renaissance Alliance Director Lizzy Donius, premiered earlier this year at South By Southwest and has also had showings at Independent Film Festival Boston and Canada’s Northwest Fest in Edmonton, Alberta earlier this year.

The film has its New Haven premiere on Friday at the Whitney Humanities Center. More information is available here.

Set in Yellowknife, Canada Salvage chronicles the life of the city’s public dump on the cusp of a new municipal administration that wants to tidy it up in the way only bureaucracy can. The dump already has its own life—surprisingly or not, a very vibrant one—and bucks that attempt at regulation from the beginning.

As she swoops in, Elliott paints it as a living, ever-transforming and magical space, marked by small victories, constant surprises, and the visitors who reclaim its trash as precious cargo.

“I had always wanted to make a film about a dump,” she said in a recent interview. “I find it really interesting what people throw away. Also, philosophically, I think it's really interesting how subjective the value of things can be.” 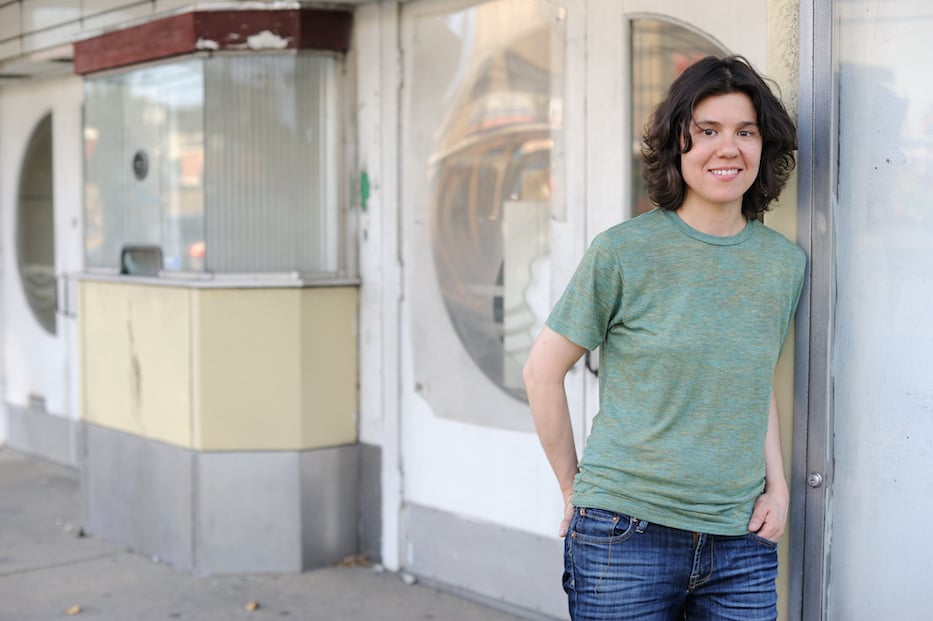 She recalled watching a few years ago, as a table was cleared out of her grandmother’s apartment following her death. For decades, the table had been a place where family meals unfolded, grandchildren grew older, oral histories were preserved. Then one day, she was gone, and the table was headed for a landfill.

The project has been several years in the making. As a kid, Elliott found herself fascinated by the relative value that people assign to objects, from the legitimately valuable to the family heirloom to the thrift-store or dumpster-foraged find.

After she and Donius met in seventh grade, the two became best friends and dumpster diving buddies, going out on garbage day to see what gems they could discover together. She’s kept some of them, including a silver-plated bank shaped like a duck that she plans to pass down to her 4-year-old son.

As teenagers, she and Donius made a 16-millimeter film on the subject, a black-and-white feature about trash night. Years later in New York, she stayed on the subject, doing shooting with people in the city’s freegan community, who live for free off of food and objects that other humans throw away. She looked at relative value from another angle entirely with her and Donius’ 2010 World’s Largest, which visits 58 small American towns, each of them claiming a world’s largest tourist attraction. Then in 2014 she premiered Wicker Kittens, which profiles the world of competitive jigsaw puzzling.

“She's always been interested in the value of things to people—what people choose to keep and what they choose to throw away,” said Donius in an interview last week. “So I see Salvage as very much in this artistic trajectory.”

But when Elliott returned to the idea of a garbage dump a few years ago, she found that she’d have to travel to make the film, because most dumps in the U.S. are closed for liability reasons. Even if she could slip into a dump illegally, she said, that wasn’t the point—she wanted to watch people salvage, and document what they took away and what got left behind.

Then she came across an opinion column called “Tales From The Dump,” penned weekly by a Yellowknife artist and prospector named Walt Humphries. The city, capital of the Northwest Territories, was 3,500 miles away from where she was located. But the dump, a community space in a city of just around 20,000, was calling.

“I went on a vacation, if you consider shooting in a garbage dump for two weeks a vacation,” she said. “All sorts of people go there, and it was amazing. That's what the community really is about.”

And indeed, she has struck cinematic gold in a garbage dump, with multiple visits to the site. Judiciously edited and made with immense heart, Salvage is filmmaking at its most grassroots. The film’s major players are community members, most of whom treat the dump with reverence for the treasures that they are able to pull from its depths. Humphries is a minor celebrity, with stories of the dump that make it sound like Disney World, but for gleaners.

And Elliott, through a lens she has honed for decades, is realistic but also filled with wonder. Her filmmaking acknowledges that this is a place where people discard things, but also delights in the moments when those things are reclaimed and repurposed. It’s not overly sentimental or mushy; it would lose something if it were.

Instead, it is soul-feeding, perhaps even more so than the pounds of vermicelli that one lucky visitor finds (“I don’t eat much vermicelli myself, but I think I’ll probably learn!”). It’s call to search one’s dumpy backyard for geodes and gems. We don’t want to blink for a moment, in case there’s something we might miss in the discarded wreckage.

Salvage plays Friday, May 31 at 9 p.m. at the Whitney Humanities Center as part of the New Haven Documentary Film Festival. To find out more about the film, visit its website.