In Hartford, Arts Advocates Turn Up The Heat 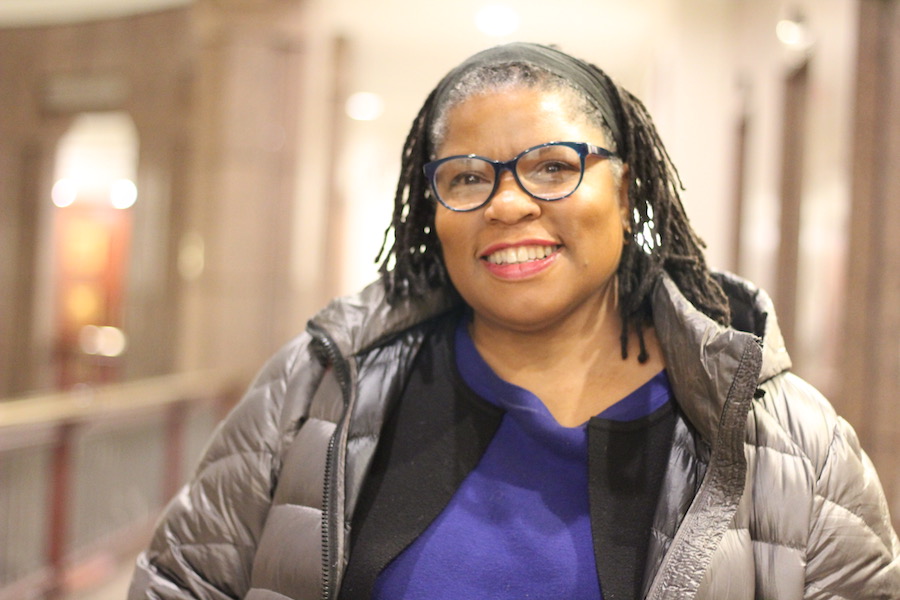 Hartford—Can a sector that generates nine billion dollars, 57,000 jobs, and five percent of Connecticut’s economy expect its funding to stay flat as Gov. Ned Lamont fine tunes his budget? Can it ask for even more?

That was the question statewide arts, culture, and tourism advocates asked Wednesday evening at the state capitol, as they testified before the Appropriations Committee at a four-hour public hearing on state development and conservation agencies. Particularly pressing for advocates is non-fixed line-item funding to the Department of Economic and Community Development (DECD), under which both the Connecticut Office of the Arts and State Historic Preservation Office are housed.

Currently, arts organizations are funded in two ways: state line item budgeting and a series of competitive grants administered through the Office of the Arts. Earlier this month, arts advocates received a two-year budget proposal that did not increase their funding, but did not cut it either. That news came as a relief to several organizations, who saw the arts cut by a total of $3 million under Gov. Dannel Malloy four years ago and have not entirely recovered even as a chunk of that is restored.

The budget comes amidst confirmation hearings for David Lehman, a partner at Goldman Sachs during the 2008 financial crisis, to head DECD. No director of the Office of the Arts has been appointed since Kristina Newman Scott’s departure last year, but there are several bills on the table that would protect, fund, and regulate arts programming. An increase in the state’s lodging tax would also funnel more money into the $12.8 million Tourism Fund, for which arts specifically get $4.1 million. If that tax increase passes, the Tourism Fund would go up to $15 million per year.

Wednesday, nonprofit arts leaders from across the state braved the threat of snow to make the case for not just protecting funding, but also growing it back to pre-2015 levels. After policy suggestions from the Lamont-Bysiewicz Transition Committee on Arts, Culture And Tourism last year and several policy points last week with the budget, this marks the latest chapter in increased advocacy for arts and culture.

Calling the arts a “consistently underfunded economic catalyst,” Garde Arts Center Director Steve Sigel said he is glad to see arts funding holding steady—but wishes it received as much as it did four years ago. Based in New London, the Garde relies on a mix of state, private, and grant funding to keep its doors open as a cinema and performing arts center. Annually, Sigel said its operating budget is about $2.6 million.

“When you start talking about how you distribute less and less money, you’re engaged in a game of allocation that, at the end, minimizes the impact that any recipient has,” he said Wednesday night. “I can say that we’re all aligned in making sure that the institutions are eligible and deserve funding should continue to do so.”

Sigel wasn’t the only one to hone in on the role of arts, culture and tourism on the economy. Elizabeth Donius, executive director of the Westville Village Renaissance Alliance, thanked the appropriations committee for restoring funding to the Main Street Initiatives line item, for which there is currently $100,000 in the budget. Two years ago, that number was $0 when Donius came to testify in support of it. In 2016, Donius appealed to State Rep. Patricia Dillon—the neighborhood is in her district—to bring back funding, and she did. Donius said that funding has been transformative.

She pointed to the success of 10 new businesses in the neighborhood, as well as changing zoning codes, and a commitment from several local organizations to remain and expand in the neighborhood. Describing the arts as “the beating heart of our community,” she shouted out Connecticut’s only cat cafe, showroom and studio of designer Neville Wisdom, outdoor spring summer festivals and public art program, and coworking space and cafe at Lotta Studio among others. 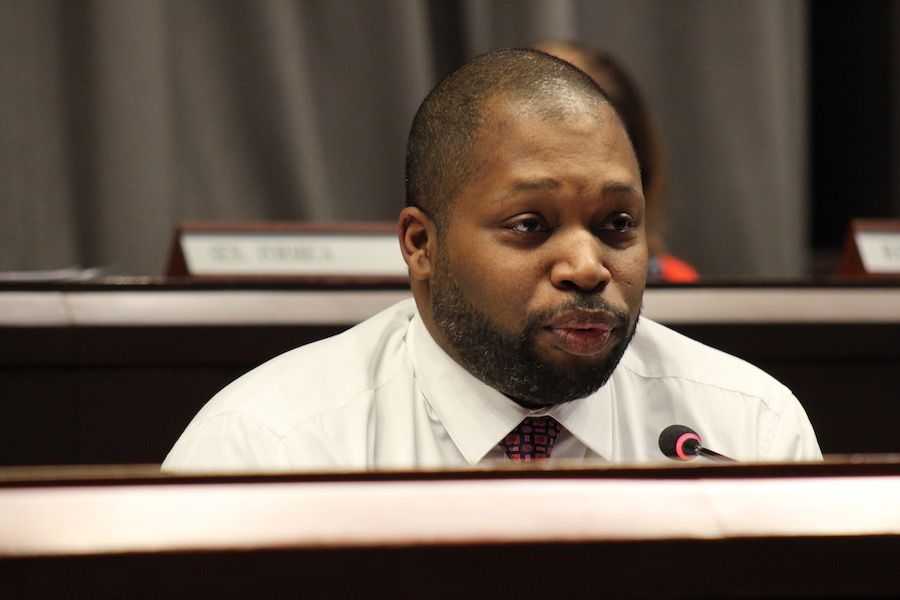 “I don’t normally do the ‘it’s my city thing,’” said State Sen. Gary Winfield, who represents New Haven and West Haven. “But the work that you guys have done in that portion of the city is remarkable. It is not the same portion of the city that I knew just a short period of time ago.”

“When we’re in this building and we’re talking about the potential that can happen with municipalities and the state of Connecticut, [it’s what] we’re looking to have happen,” he added. “And so thank you for what you have done.”

Others made an argument for the role of line item funding in free and reduced arts programming and education. Speaking in between housing and homelessness advocates, representatives of Waterbury’s Palace Theatre, the Shubert Theatre in New Haven, Stamford Center for the Performing Arts and the Bushnell Center for the Performing Arts advocated for sustained line item funding, despite relatively small role state dollars play in their overall budget.

Currently, the four comprise a line item for “Performing Arts Centers,” for which the Lamont administration has earmarked $788,000. If the proposed budget passes, that amount will be split evenly amongst the four theaters, meaning each will receive a total of $197,000.

“Those cuts get made, and then we scramble to do what we do,” added Stamford Performing Arts Center President Michael Moran. 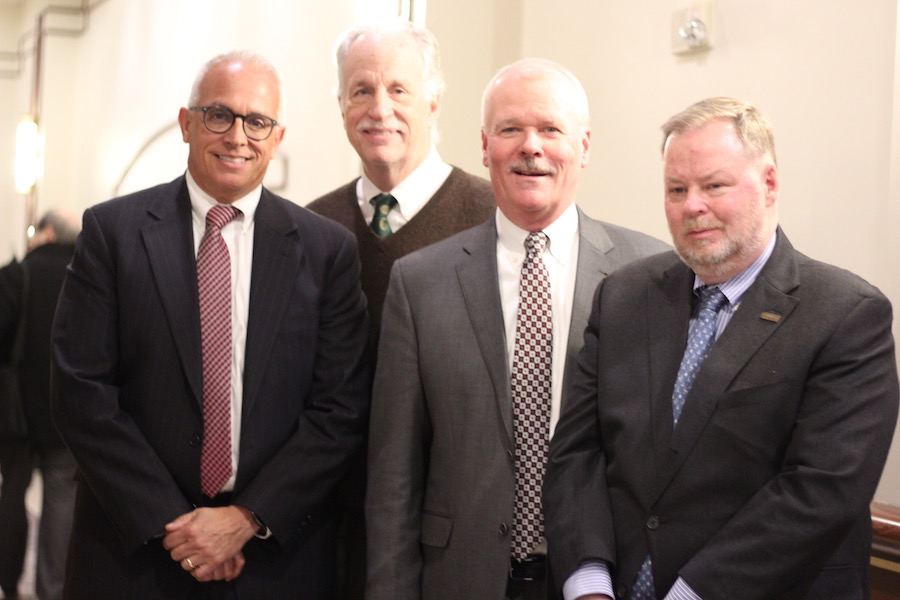 State Rep. Toni Walker, a Democrat who both serves as committee chair and represents segments of Beaver Hills, West Rock, Dwight, and the Hill, praised the four for the performances that they bring to Connecticut—then pushed them on whether they have implemented specific educational and outreach initiatives, a condition that is ostensibly attached to the funding.

Fay recalled programming “strictly for Title I school children” that the Bushnell held during its run of Hamilton last year, during which 2,700 students (and Ned and Annie Lamont) met with cast members before a performance, after learning, writing, and rapping about the American Revolution for weeks beforehand in their classrooms.

Palace Theatre President Frank Tavera outlined after-school programming that the theater held in conjunction with its run of Legally Blonde: The Musical, which ran in Waterbury earlier this month. Over six weeks, he recalled, the theater hosted free bi-weekly programming for 45 students related to Elle Woods’ plight to be taken seriously despite long blonde hair, an affinity for all things pink, and ample bending and snapping.

Moving beyond the musical’s thesis that one can be an independently wealthy and blonde white woman and somehow still go to Harvard Law School, he said that students learned to parlay what they were seeing on stage into conversations around sexism and gendered workplace expectations.

“They learned about social issues, they learned about the glass ceiling and how being a woman does not prevent you from being an attorney,” he said. “They met male nurses, they met [Republican State Rep.] Stephanie Cummings. It was a chance for them to understand that the theatrical presentation that they were seeing resonated with their own lives.”

John Fisher, executive director at the Shubert, exhorted the theater’s partnership with Cooperative Arts & Humanities High School, which both uses the space and sends students to shows for free several times every year. He praised outreach that the theater has done with LGBTQ+ students in particular, including talkbacks with Co-Op’s Gay-Straight Alliance and the touring casts of Kinky Boots and RENT (organizations including the New Haven Pride Center, which facilitate free and low-cost LGBTQ arts programming several times a month, receive no state funding in this year’s budget).

But perhaps the most persuasive were those who have used state arts dollars to teach a more complete history of Connecticut, including the violent theft of native land and legacy of slavery and institutionalized racism in the state. 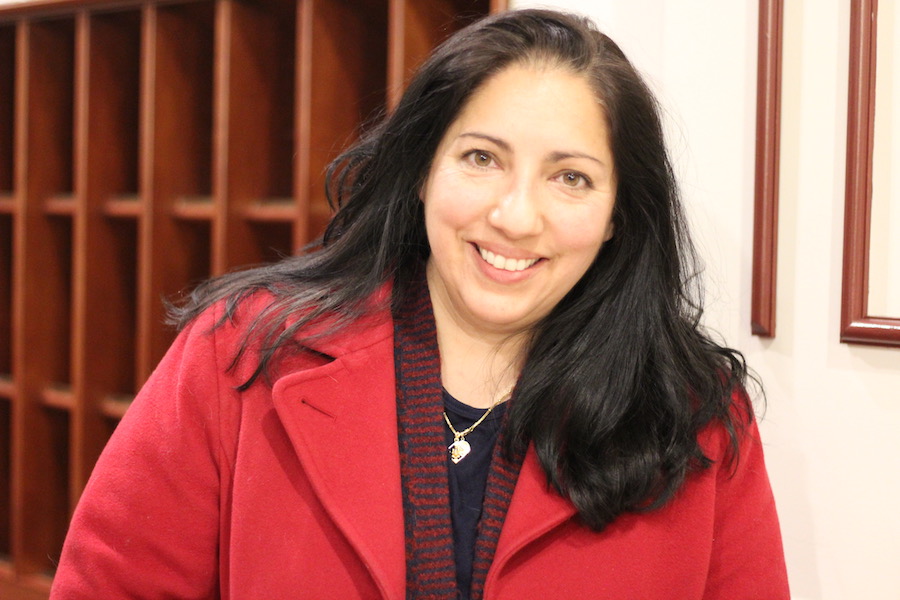 Testifying more than two hours in, Westport Historical Society Executive Director Ramin Ganeshram advocated for Connecticut Humanities Council funding, which has allowed the society to “produce a higher level of exhibits and programs based in deeper scholarship, best practices for diversity, and access to all individuals.”

In the past year, she continued, Connecticut Humanities funding has allowed the society to install and open the exhibition Remembered: The History of African Americans in Westport, an deep exploration of “race, identity, and belonging in Connecticut” that has already won multiple state and national awards. She is already planning a larger exhibition for next year, on the life—and erasure—of native peoples on Westport.

With that funding, the organization has also provided free programming around the bicentennial of the Connecticut constitution in 2018, opened its educational programming, and distributed free tickets to Westport Country Playhouse’s 2019 Martin Luther King, Jr. Day celebration earlier this year.

Of the $12,000 that it took to pull off the exhibition, Ganeshram said that “just short of $10,000” from Connecticut Humanities made the project possible.

“We cannot do this without the financial support, planning advice, and most of all the encouragement of CT Humanities and most of all funding from the state of Connecticut,” she said.

That funding hasn’t always been a given. In 2016, then-Gov. Malloy eliminated Connecticut Humanities from the budget entirely, taking the organization’s $1.73 million state dollars to zero. The following year, a portion of that funding returned, enabling more staffing and statewide programming that still exists now. In the proposed budget, that number is now $850,000.

Testifying later in the evening, Connecticut Humanities Executive Director Jason Mancini said he would like to see an allocation of $2.1 million, referring to state dollars as “investments in our state’s future.” Ganeshram, who is in the midst of applying for another grant to enable a 2020 exhibition on Native Americans in Westport, would like to see that too.

“I feel like the history of many people in this nation has been systematically erased,” she said, adding that several spaces in Westport are still named after slave owners. “My goal is to use the material as a stepping stone to a bigger story.”

That was also true for Maisa Tisdale, president of the Bridgeport-based Mary and Eliza Freeman Center for History and Community. Since scoring a Connecticut Humanities grant for $9,999 last year, Tisdale said that the center has been able to undergo a radical transformation that includes compensating employees, contracting much-needed building repairs, and streamlining intellectual property.

That has literally been a matter of institutional life or death for the center, a national historic site that pays tribute to the Freeman sisters and Connecticut's nineteenth-century black settlement Little Liberia. She recalled a point last summer, when the learned that Freeman House was being considered one of the country’s “11 most endangered historic places” by the National Trust for Historic Preservation. Before the trust would go forward with the designation, volunteers at center had to show statewide support.

That’s when, in her words, “Connecticut Humanities stepped up” with a grant.

Since, Tisdale said Connecticut Humanities has checked in on the center, with not only funding but site visits to see what it can do to help, and a renewed commitment to working with people of color and urban communities. She praised Mancini for telling her about a national training program from the National Museum of African American History and Culture, of which the center is now one of nine participants, and the only participant on the East Coast.

“Connecticut Humanities is not only making sure that we tell our story,” she said. “It’s making sure that we have the business skills to run a natural site. They reached out to us … [they] made it clear that they viewed us as a resource and not a risk, and would like to help us problem-solve to succeed despite tough odds.”

Since that first push from Connecticut Humanities, she added that the center has received a one million dollar grant from the state’s “Good To Great” grant program, which will allow both capacity building and major building repairs.

“I didn’t know that Connecticut Humanities assisted you in the way they do,” said State Rep. Ezequiel Santiago, who grew up in and now represents Bridgeport. “That’s important to me.”