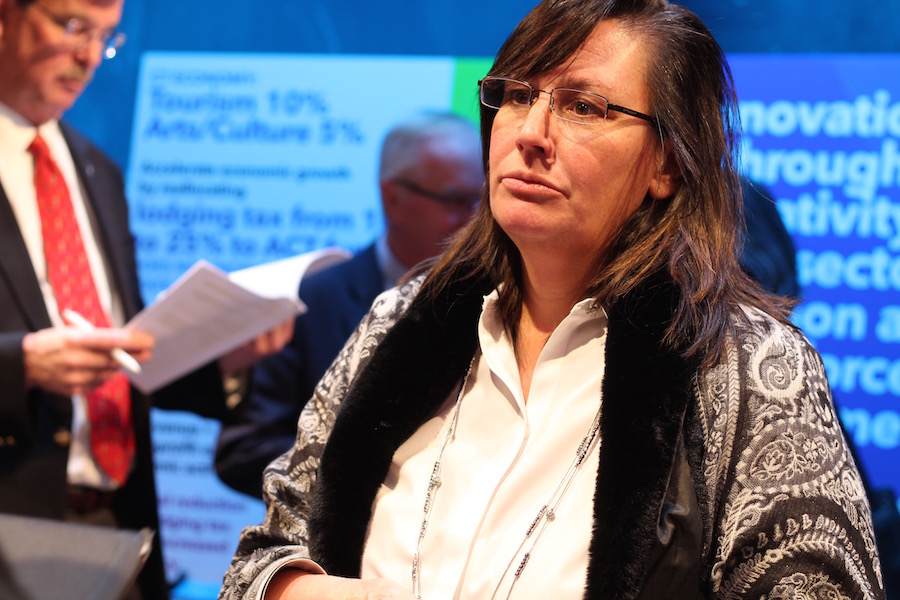 Grow the state’s economy by putting more tax revenue into tourism. Give free museum passes to veterans and families on federal assistance. Get the private sector to back arts nonprofits. And make Connecticut great again—or at least, make it not New York’s backyard.

Wednesday, these were just a few of the recommendations to come from Governor-elect Ned Lamont’s Arts, Culture & Tourism (ACT) Transition Policy Committee, as the group convened for a public presentation at the Goodspeed Opera House in East Haddam. Close to 100 attended, including representatives of major arts institutions and several individual artists and small nonprofits. The committee’s next meeting with Lamont and Lieutenant Governor Elect Susan Bysiewicz, set for Jan. 9, is open to neither press nor the public.

The ACT Transition Policy Committee is one of 15 that Lamont has assembled for the weeks between his election in November and move to Hartford in early January. Under Co-Chairs Wendy Bury, executive director of the Southeastern Connecticut Cultural Coalition, and Connecticut Tourism Coalition President Stephen Tagliatela, committee members have drafted ten policy recommendations for the incoming administration, intended for the first 100 days of Lamont’s term. While the Governor-elect was not present Wednesday, Bysiewicz said the two will be reviewing the proposed policy changes in the coming weeks. 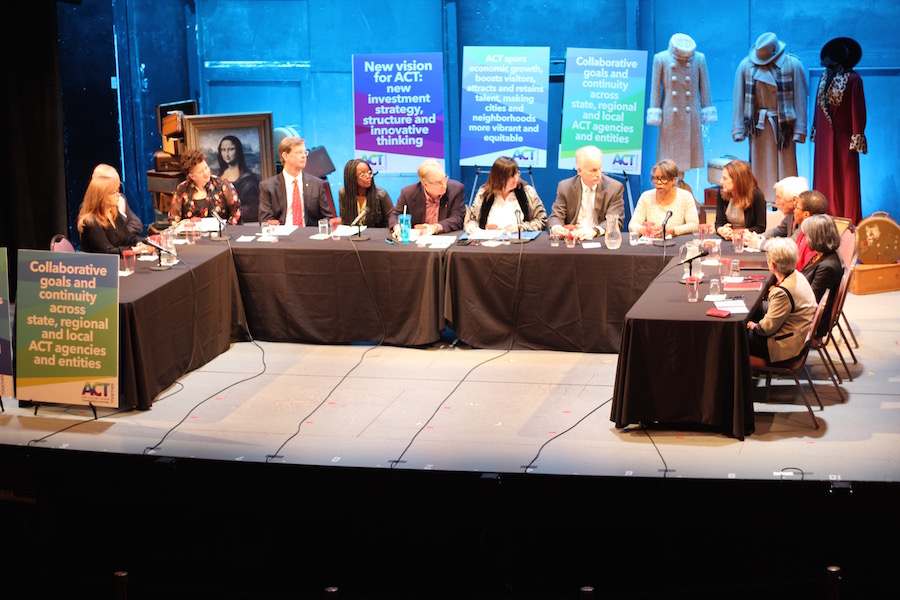 “The Lamont Administration should prioritize a new vision for arts, culture and tourism (ACT) with a new investment strategy, accountability structure and innovative thinking that will demonstrate ACT is a solution to stimulating economic growth, boosting tourism and making cities and neighborhoods more vibrant and equitable,” the committee wrote in a policy statement.

Among those recommendations are new models of community and private investment in the arts, a commitment to protect current levels of state funding to arts, culture and tourism, and a focus on arts in education at a time when programs continue to be cut and imperiled at schools across the state.

At the forefront is a proposed increase in the percentage of the state’s lodging tax—the highest in the country, followed narrowly by Washington D.C. and the Virgin Islands—that goes into the state’s Tourism Fund each year. Currently, that number sits at 10 percent. The committee recommended bringing it to 25 percent, and extending the fund to include arts, culture, and tourism. Under the new model, which would require legislation before passing into effect, 40 percent of the fund would go to arts and culture, and 60 percent to tourism. 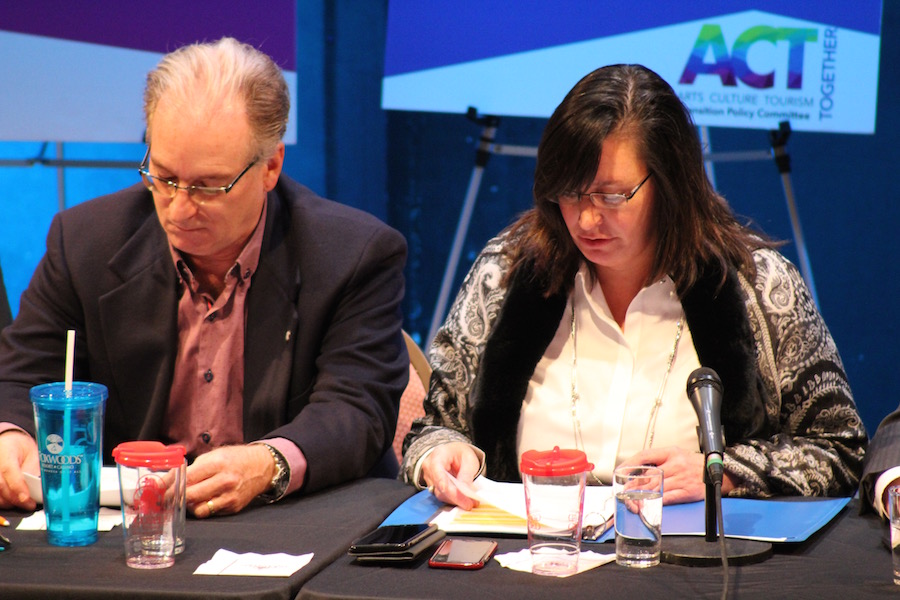 The committee suggested that such a change will raise the tourism fund budget to $31.5 million a year, up from a current $4.1 million. Specifically, Tagliatela said, it has the power to be an economic engine, boosting the state’s economy with a high return on investment— $57 million in tourism-related tax revenue and $89 million for arts and culture—and job growth.

“The new investment strategy will provide predictable and sustainable funding that is non-lapsing and guarantees funding for ACT … which will exponentially increase jobs in the economy,” he said. “We would like to think that we are investment for the state to get a big return on investment in the same fiscal year.”

He suggested that other forms of tax revenue might follow, including sports betting, online gambling, and legalized marijuana. He tied an increase in the fund to neighborhood revitalization, citizen retention, and overall taxpayer growth as new families both move to the state, and visit its cultural and tourist attractions. He described current reality that he hopes to change, in which towns’ tourism offices are often closed, sending an unwelcoming message. 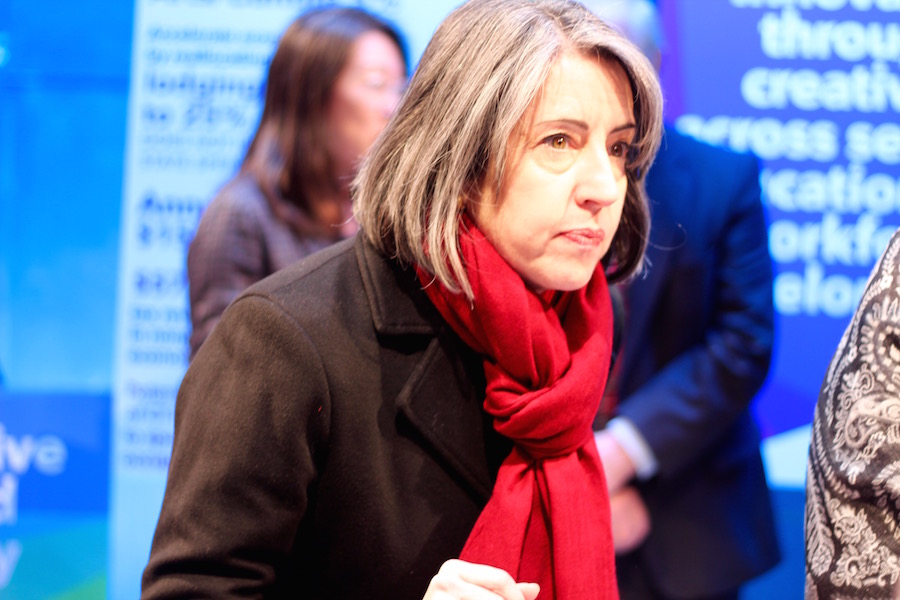 In addition, the committee also recommended finding a way to streamline arts, culture, and tourism resources in the state, market Connecticut as a more enviable tourist destination with new literature, billboards, and license plates, and increase both charitable support for the arts and public-private partnerships on both national and state levels. In considering the last, Tagliatela said that the group could start by simply convening business owners once Lamont is in office.

Recommendations to stimulate the economy also include the creation of a Cultural Facilities Fund or CFF, modeled off one that has been successful in Massachusetts. Committee member Vivian Nabeta, director of marketing at the Harriet Beecher Stowe Center, noted that CFF projects in Massachusetts “have hired over 25,000 architects, designers, artists and construction workers, attracted 101 million tourists since 2007, and created 2,168 new full-time permanent jobs.” The fund in Massachusetts has distributed $110 million in a decade of existence.

Bury added that to make the CFF a reality, legislation for which she hopes to see during Lamont’s first 100 days in office, the state must find a way to integrate CFF initiatives into existing regional and state programs, and create a plan to guide and measure both grant investment and distribution and statewide goals.

Within a facilities fund that employs both artists and craftsmen, engineers and builders, Bury also pointed to potential new collaborations across arts and healthcare, arts and transportation, and transportation and tourism as just a few examples that could encourage both job growth and cross-sector unity.

“What I thought was very interesting about that idea the besides of course supporting the building of museums and theaters is the idea that construction, trade, tradespeople would be involved,” said Bysiewicz in a short feedback session that followed the presentation.. “So it’s job creation even outside of whatever’s build. I like that idea a lot.”

In addition to investment, the policy committee has also proposed legislation that would make the arts accessible to lower-income students and families, many of whom have not been historically able to afford them. These include opening free museum access to current and former Blue Star military families and Supplemental Nutrition Assistance Program (SNAP) recipients while also ensuring that “Connecticut remains at the vanguard of the READI movement” with programs that advocate for relevance, equity, access, diversity and inclusion.

“Those of us in the arts and cultural sector know that STEAM is really the way to go,” said Bury. “We’d love to see the new administration adopt STEAM as a way of thinking, and to include arts and educational leaders in job creation initiatives. This will stimulate job growth and contributes to Connecticut’s competitiveness to attract and retain talent.”

In response to several requests for information after the presentation Bury said the recommendations are still in draft form and will not be publicly available for several weeks.

Who Is And Isn’t At The Table? 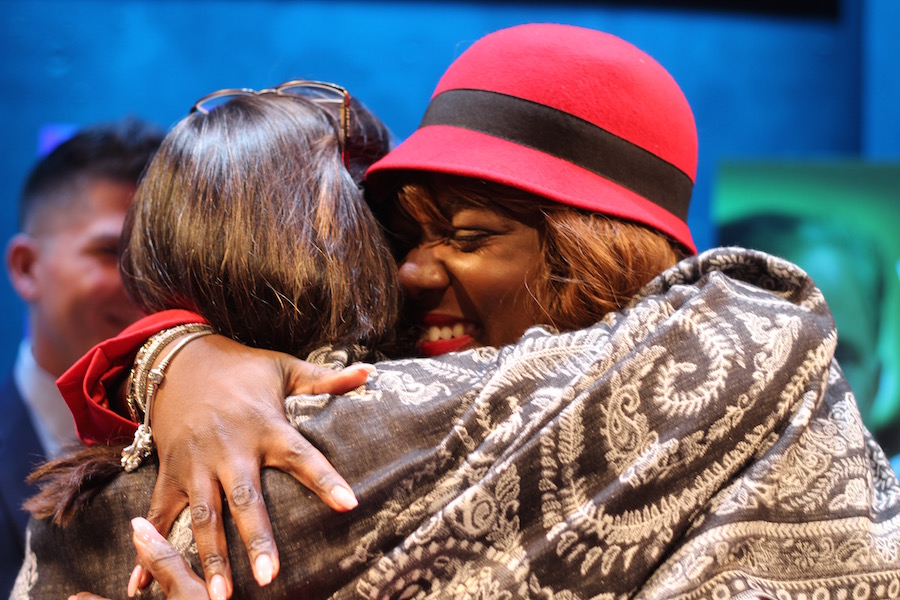 In addition to Bury and Tagliatela, the committee comprises voices from around the state, spread across the fine and performing arts, tourism, and restaurant industries. From New Haven come arts maven and Wooster Square champion Elsie Chapman, board chair for the International Festival of Arts & Ideas, and Arts Council of Greater New Haven Director Daniel Fitzmaurice. From the tourism sector are Connecticut Restaurant Association Director Scott Dolch, Foxwoods Resort’s Jason Guyot, who is also a member of the Mashantucket Pequot Tribe, Mohegan Sun Manager and Mohegan Tribe member Jeffrey Hamilton, and Chamber of Commerce of Eastern Connecticut Director Tony Sheridan.

While committee members come from all areas of the state, representing some of its biggest cities and smallest towns, some attendees expressed concerns that the policy recommendations still left out smaller artists. Amy Wynn, president of the Connecticut Arts Alliance and leader at the American Mural Project who comes from Torrington, urged committee members not to forget the state’s rural communities. Meanwhile, Kandie Carle arrived in a bustle, corset and high bun to make a point.

“I’m here to represent the many people who I’m sure don’t have the wherewithal to stand and deliver, but there are individual artists in the state of Connecticut that … our voices get kind of lost,” said Carle, who runs a living history program called The Victorian Lady out of East Haddam. Identifying herself as one of “those of us who slave away in the arts,” she urged the committee to remember “the little guy” in its final policy recommendations. 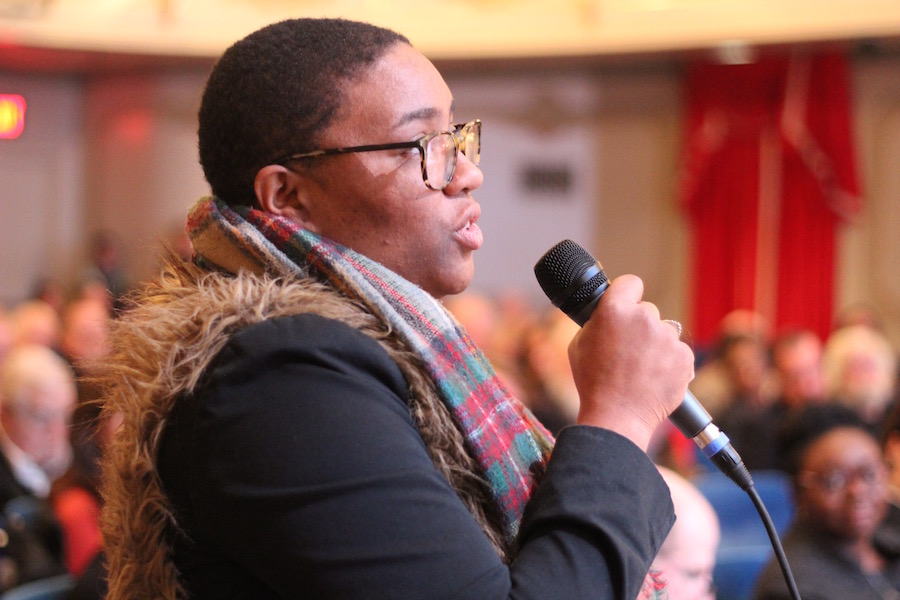 Others left the presentation wanting more specifics. Lisa Tepper Bates, who has been at the helm of all 15 transition committees, asked if ACT committee members could describe in more detail how its regional approach to tourism is different than what the state has been doing already.

“We don’t have a particular road map to the future, but rather recommend that there be a robust conversation about what a more innovative model might look like,” said White, Bury chiming in to mention that the state’s nine regional arts agencies and three regional tourism districts . “To ensure that this disconnect … is reconnected and looked at from a broader perspective.”

“What I think that critically shows to us is the lack of cohesion in our marketing,” she said, adding that she loves seeing billboards that advertise maine with the words “It’s ME!”

“Although I’ve never seen myself in Maine, this cohesive branding of a state that says ‘It’s ME’ speaks so powerfully to me as I drive up the road,” she said. “So I wanted to point that out because I thought ‘Oh my goodness!’ This thing has been happening in New Haven for a long time, and clearly we’re not doing the work of sharing the amazing arts and culture that we do here and finding a way to connect our bodies while still being individual in our regions. But having one voice needs to happen. It needs to happen soon.”

To watch all of the presentation, click on the video below: