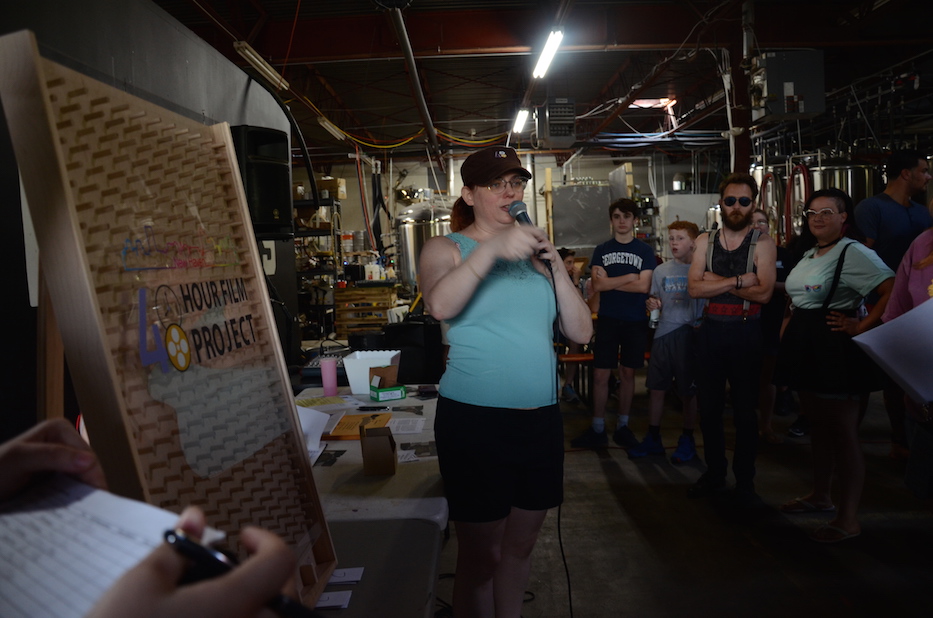 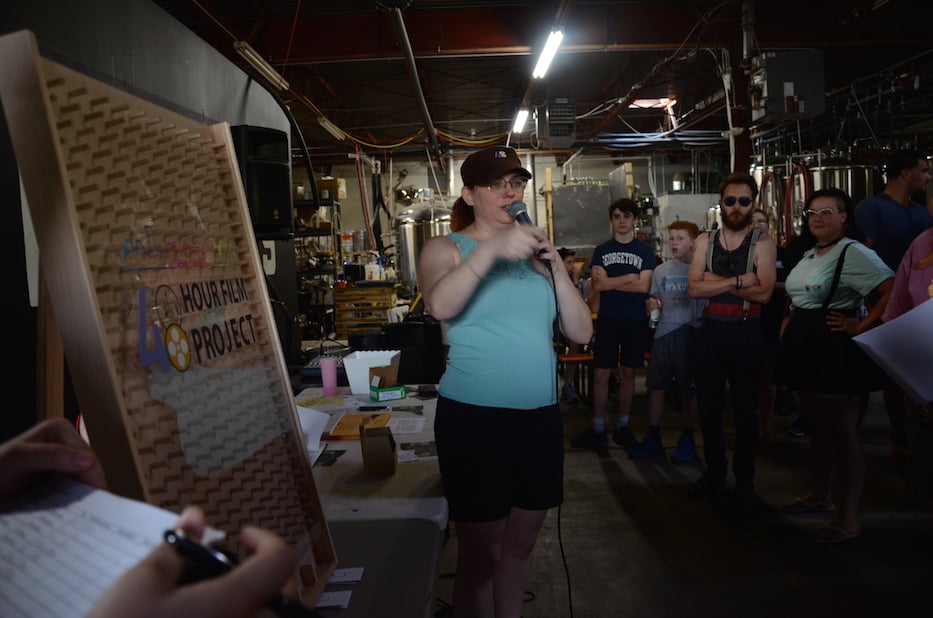 Clark, in blue, at the 2019 kickoff of the 48 Hour Film Project New Haven at the Beeracks. Last year the project was entirely virtual because of  Covid-19. Maxine Philavong Photo.

Filmmakers across New England, ranging from enthusiastic newcomers to established veterans, are once again gearing up for the New Haven 48-Hour Film Project.

The annual filmmaking competition is making its grand return as an in-person event this year with a July 30 kickoff at The Beeracks, filming weekend July 30 to Aug. 1, and public screening in early August. Its Elm City producer Trish Clark couldn’t be more ready.

More information, including registration, is available here. The competition begins July 30 at 6 p.m., although there is an information session July 28 for those who are interested.

The return to in-person has been a year—and some meticulous planning—in the making. When COVID-19 ground the world to a near halt in early 2020, the New Haven Film Project pivoted to an all-virtual format. Now that the competition and screening are able to proceed as an in-person event following COVID-19 guidelines, Clark said everyone is excited to be together again.

“The teams are really supportive of each other and I take pride in that,” Clark said. “Overall, we create such a friendly, positive environment for creativity. That’s the end goal and the good thing that comes out of it.” 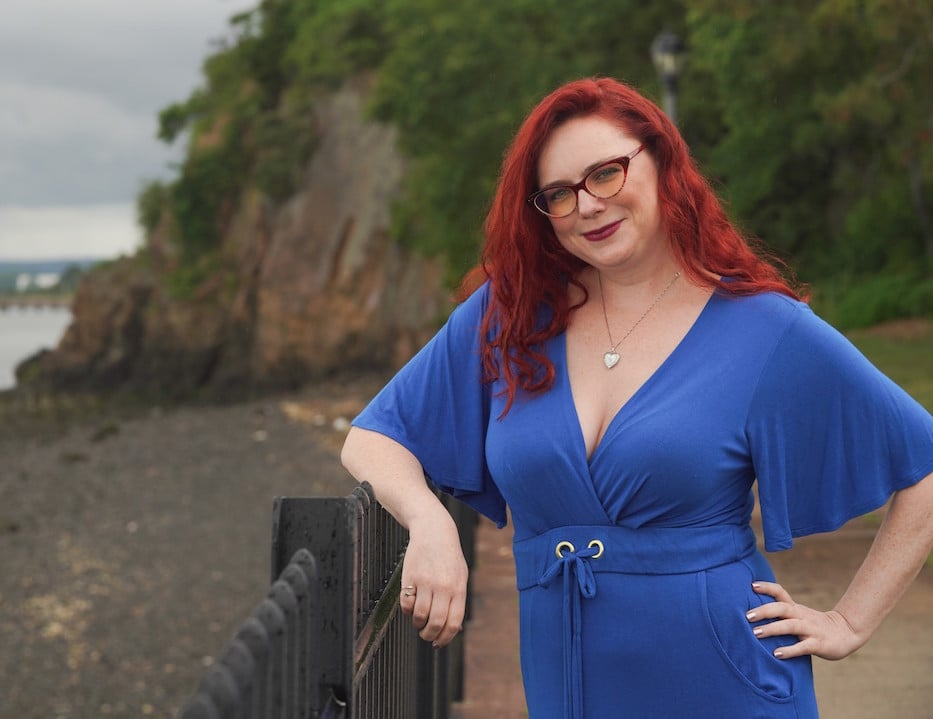 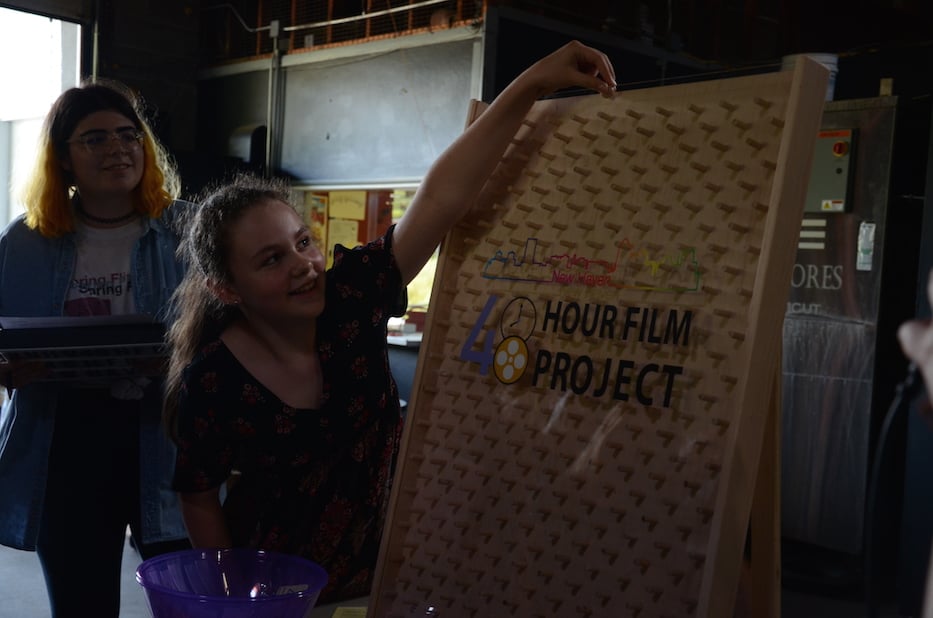 While the New Haven Project is a competition, Clark doesn't see it as a cutthroat one. She said  many teams lift each other up and join together in fellowship instead of tearing each other down. Even during the kickoff—the official event where the teams are assigned specific factors that have to be in each film including a prop, a character with a description and a line of dialogue—teams are welcome to meet each other and chat over food and a beer made especially for the competition.

During the kickoff, Clark and other 48 Hour Film Project volunteers conduct a game of “Genre Plinko,” in which each team has to choose between two genres assigned randomly through the game.

Though they are constrained by a short time frame and mandatory elements, filmmakers can and do let their imagination run wild in any other way to achieve their vision.

“It’s all a big combination and you never know what you're going to get,” Clark said. “You could be filming with your cell phone or a red camera, it’s whatever you make of it.”

While the filmmakers are collegial, the film project is still a competition. Winners can reap big rewards. Filmmakers have a chance to win prizes, including a shot at $5,000 dollars and a chance to screen their work at film festivals like Filmapalooza, the worldwide final 48-hour film project viewing, or the Cannes Film Festival. 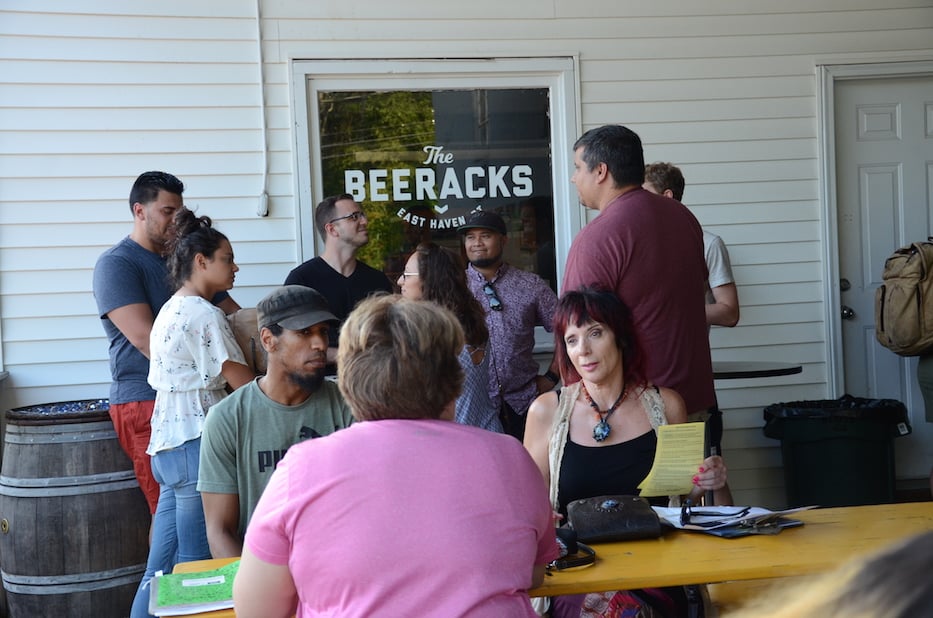 The 48-hour Film Project originally started in Washington, D.C., and has been running for 21 years. It is the longest running timed film competition in the world, but Clark started the New Haven chapter just 11 years ago.

Dedicating her nights and weekends to the competition, she has worked every year to keep the project running. She said  much of her work involves spreading the word to filmmakers about the competition, applying for grants, attending meetings, and finding a venue. This year and last year were especially tough because of the pandemic, she said.

Clark said that regardless of their level of experience, the competition is open to all filmmakers. And filmmakers aren't the only ones invited to view the final products. The Aug. 7 public screening at the Bijou Theatre in Bridgeport is something that all film lovers can enjoy.

For more information on the 48 Hour Film Project, click here. Mellody Massaquoi is an alum of the Youth Arts Journalism Initiative. She is currently a rising sophomore at Southern Connecticut State University (SCSU).