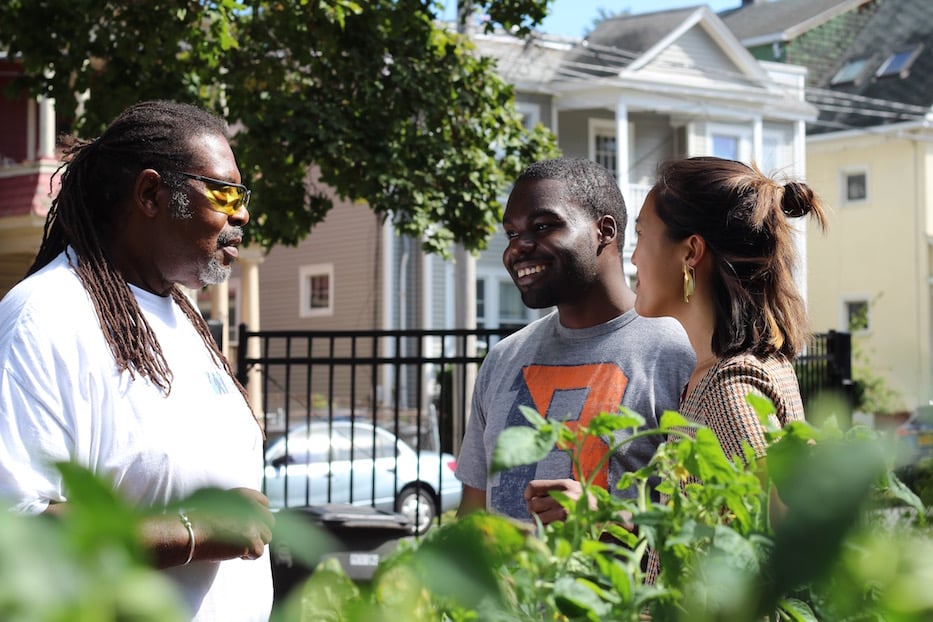 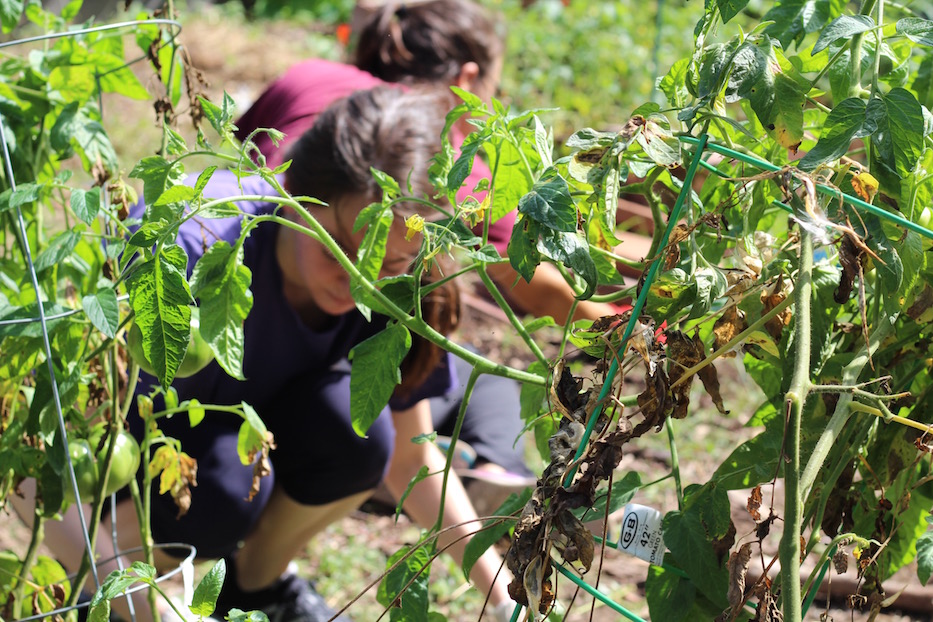 By noon on a recent Saturday, the Little Red Hen was looking cleaner than it had for a few weeks. In one corner, students worked together to pull weeds from under a tomato plant. In another, two medical residents studied the directions for a tool shed. A volunteer jogged by with a milk crate full of live worms. A monarch, circling in the heat, landed on a pink zinnia.

Stacy Spell looked around, taking in a symphony of sun-soaked, weeding hands. He gave a quick set of instructions to volunteers, then headed towards the chicken coop.

It’s a snapshot of the Little Red Hen that is becoming increasingly common on the weekends, as Stacy Spell uses urban farming to counter food insecurity, gun violence and crime in the city’s West River Neighborhood. A retired police officer who is now the director of Project Longevity, Spell has expanded the Mead Street space with students from the Yale Medical School and volunteers from St. Thomas More Catholic Chapel and Center at Yale.

“With this kind of help, we can get stuff done,” he said. “The whole thing is trying to get the community together.” 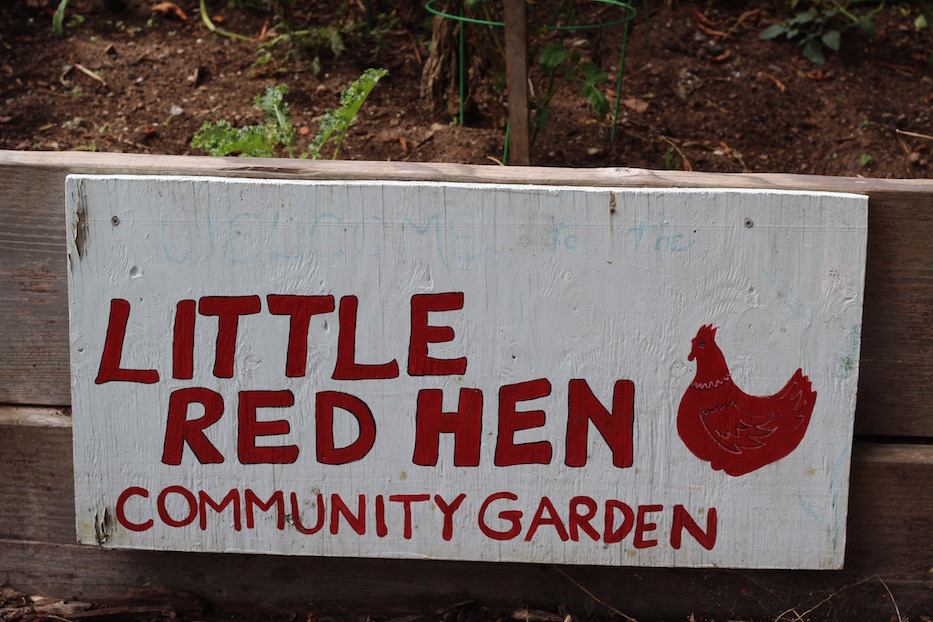 In addition to community gardening and a take-what-you-need policy during the week—the gate is never locked—there is a workday each weekend, from 11 a.m. to 2 p.m. on Saturdays.

For Spell, the story of the Little Red Hen began in 2010, when Shaw’s supermarket closed on Whalley Avenue and New Haveners learned that they would have to drive out to the suburbs for groceries (Stop & Shop, which is now in that location, did not arrive until 2011). In a city already struggling with food insecurity—as it still is today—Spell could see neighbors who were hit particularly hard by the closure.

As part of the Robert Wood Johnson Foundation Clinical Scholars Program, he led an initiative in the neighborhood, surveying residents on what they wanted to see for a better quality of life. He heard the same thing over and over again: fresh, organic produce that was both affordable and readily accessible to them.

The next year, the garden started with a few raised beds in a plot owned by the Board of Education, which operates Barnard Environmental Magnet School across the street. It is named after the children’s story of the same name, which follows a little red hen who wants to bake bread, and needs help from her fellow farm animals. 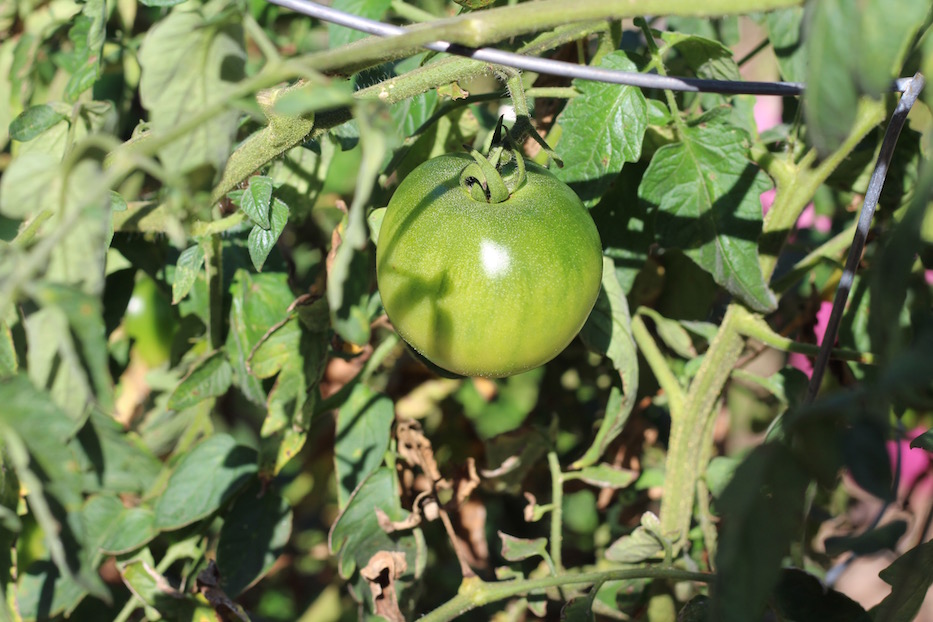 Since expanding that mission in 2012, that small plot has bloomed into raised beds of tomatoes, bright zinnias, marigolds, and sunflowers, kale and collard greens, hot green peppers, sugar watermelon and cantaloupe. A chicken coop sits further back, close to honey bees that Spell introduced a few years ago.

As beds have multiplied, so too has the garden’s wildly beating heart: Spell has used it as a space to bring together town and gown, pulling in Yalies, longtime West River residents and kids from the community. When he learned that Tyrick Keyes, a longtime green thumb in the garden, had been killed by gunfire in Newhallville, he was crushed.

On a recent workday it was a riot of green, punctuated by laughter and a pitter-patter of hands and feet working from plant to plant, bed to bed. Cindy Du, a medical student who met Spell in her first-year course “Intro To The Profession” last year, welcomed groups of volunteers into the garden and got them situated with work gloves and weeding tasks.

In the front of the garden, the sharp scent of not-yet-ripe tomatoes mingled with the occasional call of a rooster. Sprays of black-and-yellow caterpillars crawled along the beds and onto plants, gripping the stems. 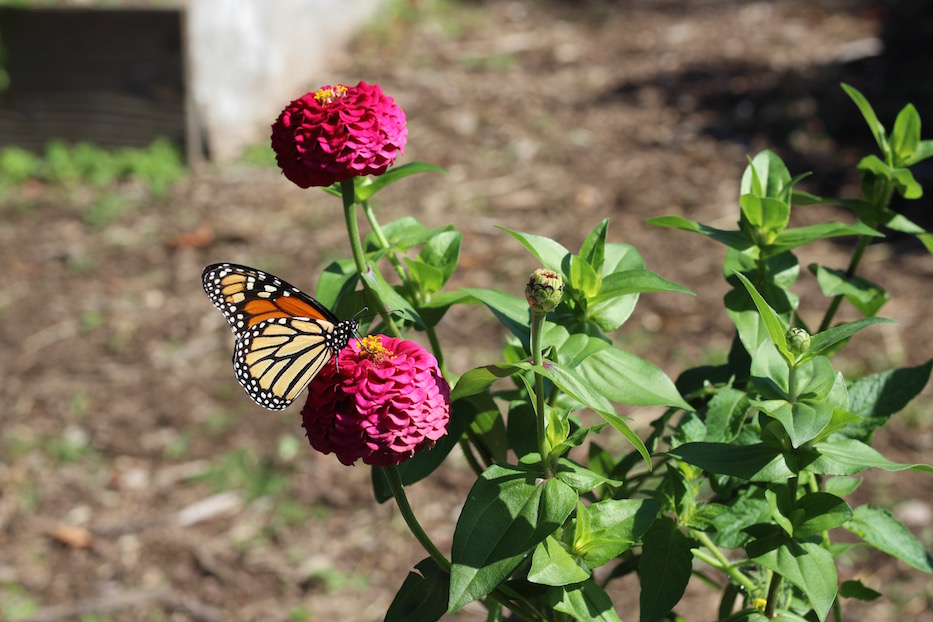 As Spell inspected beds, a steady trickle of volunteers arrived, some dressed in Saint Thomas More t-shirts and others in long work pants and gardening gloves already creased with dirt. He paused to scrutinize a gaggle of undergraduates close to the greenhouse, full of plants even in the warmer months.

“You just pulled out a tomato there, young man!” he shouted to a new volunteer, a smile still on his face. As the volunteer apologized, Spell waved it off: not worth stressing about. But not something to repeat.

Some volunteers, like Dr. Robert Rock, have been returning for years. After moving to New Haven for medical school, Rock lived not far from West River, on Congress Avenue in the city’s Hill neighborhood. In 2014, he visited the Little Red Hen as part of a class and wanted to do more with it, inspired by Spell’s mission of using farming to respond to food insecurity.

“We tried to establish the idea that this is not service learning,” Rock said. “This is being part of the community where you live.”

Now deep in a family medicine residency in the Bronx, he has made a point to return when he can. By noon on a recent Saturday—Spell had announced a cookout he didn’t want to miss—he found himself working through the weeds with Zoe Adams, a third-year medical student who traded book and podcast recommendations (“Woke WOC Docs” is a favorite of theirs) among the budding tomato plants.

“Community service work has been commodified,” said Adams. “We want to be very intentional in what we mean by doing community work. Who comes up with the ideas? How is it sustainable? Is it an equal partnership?”

Rock and Adams are just a few of the health care practitioners and community members that Spell has lured to the garden in recent years. Elizabeth Fitzsousa, who is now in her third year at the medical school, parlayed her work in the garden into a grant from Yale Wellness to purchase and build a tool shed with a lock. Last weekend, she and several volunteers finished it, tying it to a tree trunk for extra security.

In the past year, Spell has also been working to draw in new immigrants and Afghan refugees, many of whom have been resettled nearby on Derby Avenue. With a working knowledge of Spanish, he has also done outreach to Latinx members of the community, inviting them in to try the fresh produce. 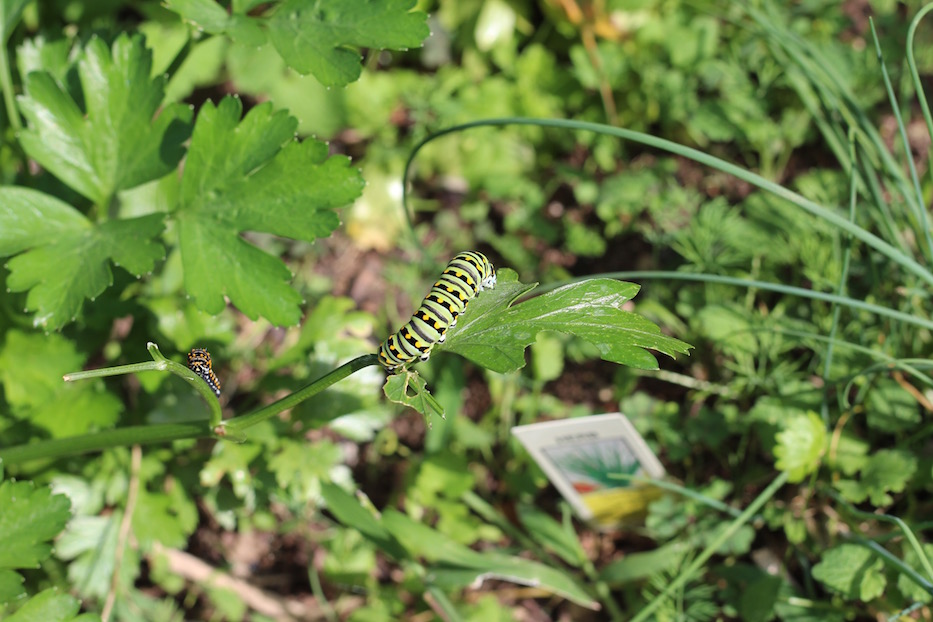 There are new-old visitors like New-York based doctor Helena Hansen, a graduate of the Yale School of Medicine whose work is at the intersection of poverty, psychology, and mental health. In the midst of planning a panel with Spell and New Haven Farms Director Jacqueline Maisonpierre, she got an invite from Spell to come to a cookout, and jumped at the chance to meet him. She called the garden a new way of practicing social medicine.

“To see it in action, this just seems right,” she said. “This is the way medicine should be going.”