10 Months In, High Schoolers Weigh In On Remote Learning 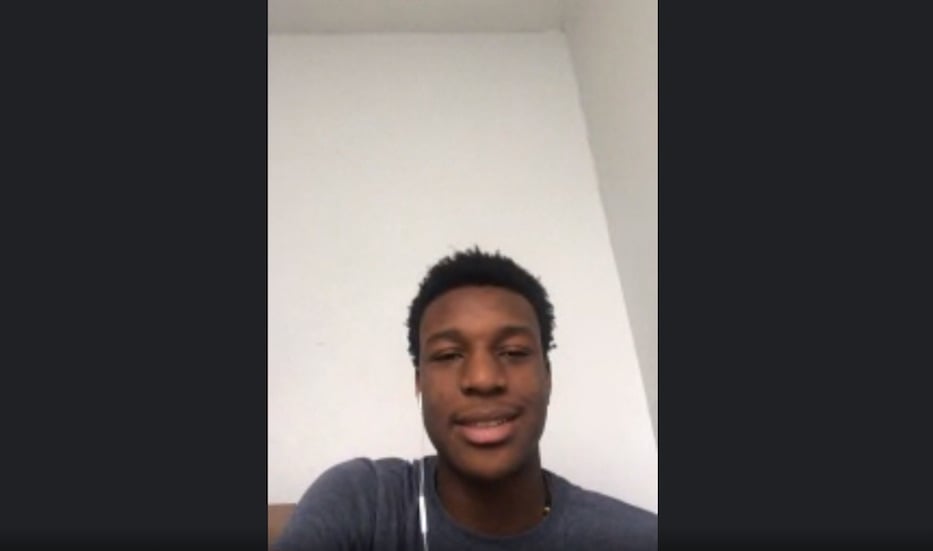 Chakour Biao misses his classmates. Jade Pickerstein is almost certain there’s more work than there was a year ago, and that it’s harder to complete. Georgiana Clark doesn’t feel empowered to talk to her teachers. Elsa Holahan is still working through how to play the cello online.

All of them are high schoolers in New Haven who never thought remote learning would go on this long. From virtual theater classes to strict teachers to socially distant sports, this year is looking different for them. But there is one common theme—it’s just not the same as in-person learning. And it isn’t going well for a lot of the students involved.

“Google Meets is basically FaceTime,” said Biao, a sophomore at James Hillhouse High School. “I’d rather be in person.”

Like thousands of other kids in New Haven, Biao has spent a chunk of the last ten months attending classes through a screen. He isn’t a fan. NHPS classes went remote on March 13 of last year. After a heated debate late last summer, it has remained online. While elementary schools have started a partial return to classrooms  on Tuesday, high schools plan to stay remote for the foreseeable future.

“It’s just harder to learn and to do work,” he said. “And on top of that, not only do we have to deal with everything that’s still going on with 2020 and 2021, we still have to be good students and get good grades.”

Pickerstein, a sophomore at Wilbur Cross High School, agreed. It’s unfair for students to be held to the same standard they were pre-pandemic, she said in a recent chat over Google Meet. Math, once her best subject, is now nearly impossible in front of a computer. There’s no board to take notes from. She said that it’s much easier for her to zone out when she’s sitting by herself in front of a screen, rather than with her classmates in a sea of desks.

Classes feel optional to her, she added. She said that a fully remote model takes away everything she looked forward to when going to school. There’s no chance to meet new people or hang out with friends and classmates after school ends. She doesn’t get to chat with her friends. Her interactions with faculty are strained.

She isn’t alone. Usually by this time of year, fellow Wilbur Cross sophomore Georgiana Clark has  begun to feel comfortable with her classes and teachers.  This year, she hasn’t been able to strike up a casual conversation with her teachers, as she might during or after a class period. Instead, she said talking to them feels forced and awkward.

Clark said she also finds it much harder to focus from behind a screen at home. She has two siblings who are also learning remotely and her father works at home, meaning that the house is often loud and busy. Dropped calls and unreliable audio have become common occurrences for all of them.

“It’s such an easy escape to just be like, this is really hard, let me just go on my phone and not have to worry about it.” she said.

In the afternoons, Clark is part of the theater department at the Educational Center for the Arts (ECA), which she attends in-person one day per week. The rest of the week, those classes happen online. Normally, “it’s very important to be in person,” she said. ECA brings together students from all over Connecticut, and working closely and in person creates a sense of community.

Her scene study class, for instance, involves working in pairs. When she’s not in the classroom—or her scene partner isn’t in the classroom—it’s hard to connect through a screen. It’s even harder to act in front of one.

Pickerstein and Hillhouse sophomore Elsa Holahan are also deeply involved in the arts. Pickerstein has been dancing for 13 years and is currently taking a break from her second year at ECA due to the pandemic. Last year, she attended dance classes for 20 hours a week. This year, it’s been cut to just nine.

Holahan, whose weekly lessons have gone virtual, has been playing cello since the third grade. She also plays for the Greater New Haven Youth Orchestra. The transition to online rehearsal has been awkward, she said. It can lead to musicians being singled out in practice groups.

Clark, like Pickerstein and Biao, had been logging into classes from her bed until Christmas break. At that time, her parents decided this new normal would require a work space. Now, she spends most of her time at a desk, which is helpful in classes like math and chemistry when she needs to focus on the material. Similarly, Holahan says she is getting the most usage out of her desk this year than ever before.

Sports have also completely changed. Biao and Holahan run track and play soccer respectively for Hillhouse. After restrictions were placed on practices and games, both of their seasons were cut short by rising Covid-19 cases. The soccer team also wasn’t allowed to leave its home location, meaning all games had to be played at Bowen Field.

Biao said his cross country season didn’t change much from last year—until it was cancelled. Meets were held outside, where there was usually ample space between runners. The biggest change was always having to put a mask on after racing. Students also weren’t able to travel to meets as a team, sitting shoulder-to-shoulder on a bus. He added that he doesn’t know what to expect going forward, as indoor track championships are cancelled. Currently, club and high school sports have been paused until late January at the earliest. 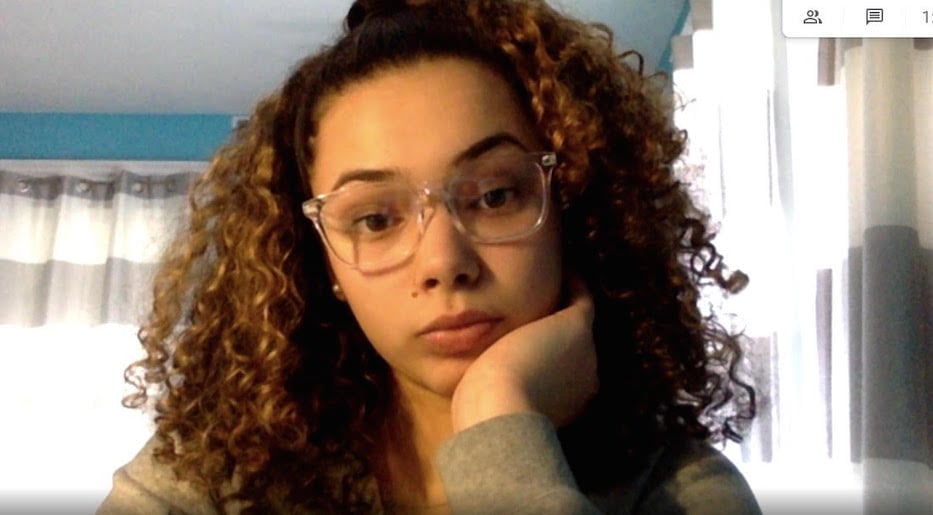 Not all the changes this year brought are bad ones, Holahan added. In an effort to keep students’ emotional wellbeing in check, the district has implemented “Wellness Wednesdays,” which are intended to help students catch up on work and check in with their teachers. Every Wednesday, Hillhouse has a half day. Other schools hold half days, yoga and meditation classes, and non-academic programming. Across the district, faculty and students use the break in the week for office hours, making up work, club meetings, and catching up on sleep.

“I really enjoy Wellness Wednesdays and what they symbolize, but I also think it doesn’t just end there,” Holahan said. “Mental health isn’t resolved by just having a half day once a week.”

“I like when they do it so we can make up work that day, that’s really productive.” Biao added. But every teacher has a different approach to the half days. In addition to the make-up days, others hold class as normal and some assign wellness activities. Biao said he feels the activities fall short of their intended goal, as not many students feel comfortable opening up to their teachers.

Pickerstein and Biao said it also seems like their teachers are still struggling to grasp the remote technology; both wish the district had done more to help them prepare for the transition to remote learning. They estimated that almost daily, at least one of their teachers instructs while on mute and struggle with screen sharing. Though Pickerstein finds Google Meet and Google Classroom relatively user-friendly, she suggested that there is a generational divide. Additionally, she said, not all subjects translate well to an online model—math is a big one—making it hard to both teach and understand.

There’s also a new struggle to get work in on time. Most teachers set due dates to 11:59 p.m. on the day an assignment is due, giving students all day to finish it. Biao said it’s extremely helpful for students with responsibilities after school, like older siblings who may have to care for their siblings or students with jobs.  But he hit a snag this year: one of his teachers has work due early in the night and won't accept late assignments. During track season, he scrambled to turn in his homework after finishing practice.

He and Pickerstein also worry about the impact this year will have on their transcripts. Last year when students got their first taste of remote learning, the quarter was pass/no record. This year, teachers have returned to a traditional grading scale. The two said they feel that normal achievements shouldn’t be expected when the learning situation is far from normal.

The four also have mixed feelings around a possible return to in-person school. Biao said he is eager to get back in the classroom. Like Pickerstein, online school isn’t right for him. In the weeks leading up to school closures in March of last year, he had a high fever. He said he thinks he has already been exposed to Covid-19.

Even though Clark attends ECA once a week, she said that she thinks the risk is too great to reopen.

“It just makes me nervous.” she said. “I’d rather be at home and healthy than risk being at school, and it wouldn’t be regular school anyways.”

Pickerstein agreed. She has asthma, putting her at higher risk of complications were she to contract Covid-19. She also can’t see Wilbur Cross, a school with over 1,500 students, being able to safely bring everyone back.

“When thinking about going to public places like that, I often think about my family who I live with, and then I think about myself.” Holahan said. “If I get it and spread it onto them it’s a bigger thing than just me.”

Julia Rosado is an alum of the Arts Council's Youth Arts Journalism Program and a sophomore at James Hillhouse High School. Read more of her work here.