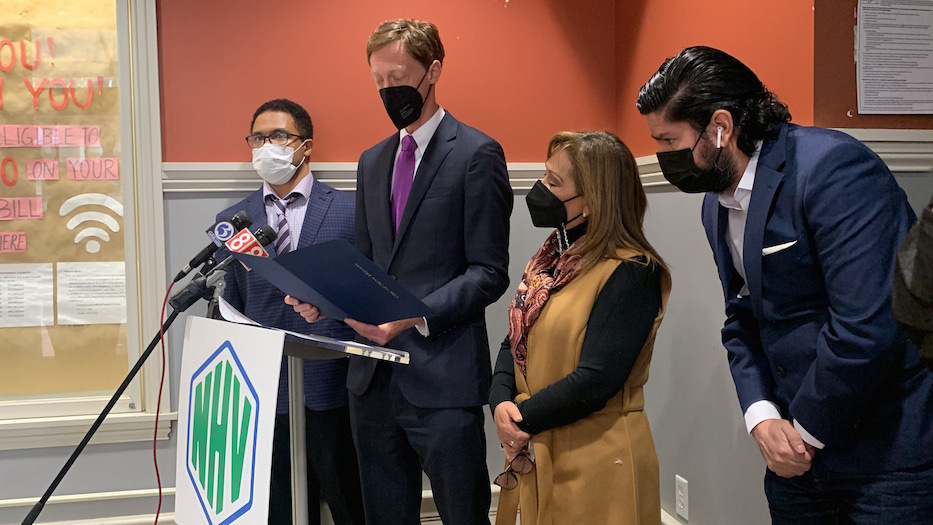 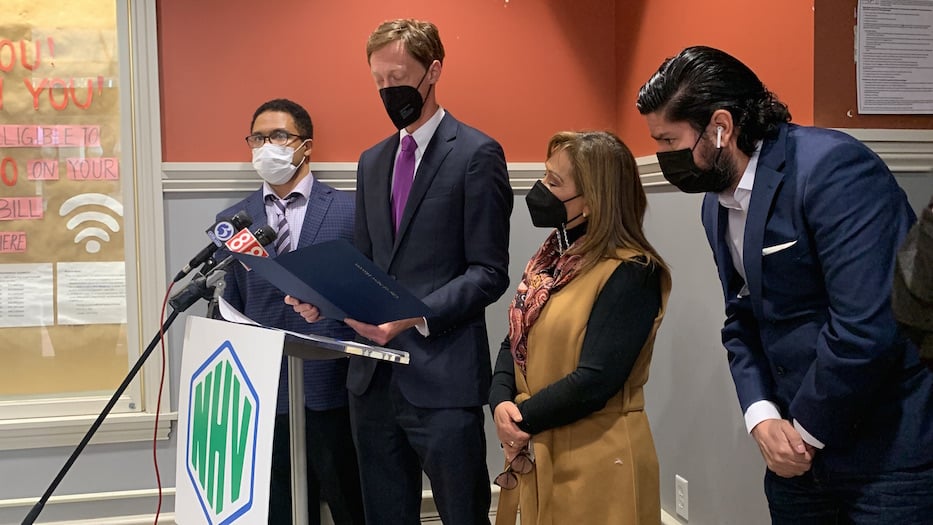 Two dozen people stood in the lower level of the New Haven Free Public Library (NHFPL), waiting with expired passports, consular ID cards and sheets of paper clasped in their hands. At a table, clerks sat at their computers, asking for names, birth dates, addresses. In just a few feet of space, they opened a door to Tlaxcala, Mexico—and the thousands of New Haveners who call it home.

“I feel very happy receiving the help of the consulate because that way we can give services for our Tlaxcaltecas immigrants and establish such a  special day to bing on our culture, artisans, and products to New Haven and to the world,” said Cisneros, who looked to the pop-up consulate as part of a path to documentation. “We're working to have those ties … so we don’t lose our origin and where we come from.”

The consulate, which will be open every day from ​​10 a.m. to 2 p.m. through this Friday, is designed to help immigrants, some of whom may not have documentation, receive legal Mexican identification. Tuesday morning, Cisneros and members of ULA said that this includes consular identification, birth certificates, the ability to apply for and renew passports, and legal counseling.

Although the consulate is scheduled to run only through the end of this week, Cisneros’ advisor Marco Castillo said he hopes to make it into a monthly pop-up at the library. There is the demand, he said: the region is home to 7,000 native Tlaxcaltecas. Across the city and the state, thousands of residents hail from Mexico more broadly.

“We want to help Tlaxcaltecas all across the U.S. because our mission is to have as many family reunions as possible,” Cisneros said. “Thank you for your backup and support but even more, thankful for the welcoming that you’ve given to the people of Tlacxcala here in New Haven.”

The day has been over a decade in the making. Immigration from San Francisco, Tetlanohcan to New Haven first picked up in the 1990s, and a population from Tlaxcala has been growing steadily in the area since. Fifteen years ago, 10 indigenous women from the town came to New Haven as ambassadors for the first time. In 2008, the two cities recognized each other as sister cities.

Tuesday, which officially designated April 19 as "Tlaxcala Friendship Day,” seemed to set that partnership in stone. Immigrants from the state of Tlaxcala have also grown their communities in neighboring states such as New York and New Jersey.

“The city of New Haven wishes to express its appreciation to the contribution to the citizens of the state of Tlaxacala, Mexico who reside here in New Haven,” Elicker said.

He, members of ULA, and Cisneros opened the event by cutting through a red long ribbon with a pair of oversized scissors. After a short press conference, dozens of people lined up for consular services. While many came from New Haven, some had come from as far away as New York.

Ninibeth Martinez, secretary to Gov. Cisneros, described how hard it has been from some of her own family members to immigrate from Tlaxcala to New York. She pointed to the consulate as making it that much easier for immigrants who are starting a life in the U.S., and want to maintain ties to their families in Mexico.

“We’re very happy to bring service and attention to distant topics of the citizens of Tlaxcala,” she said. “It’s a huge sacrifice leaving their family, their livelihood to find a better life in the U.S. I’m a living portrait of the constant struggle of what families have to go through.”

Alma Mendoza is an alum of the Youth Arts Journalism Initiative (YAJI). She is currently a senior at Metropolitan Business Academy.