"We Are All Human" 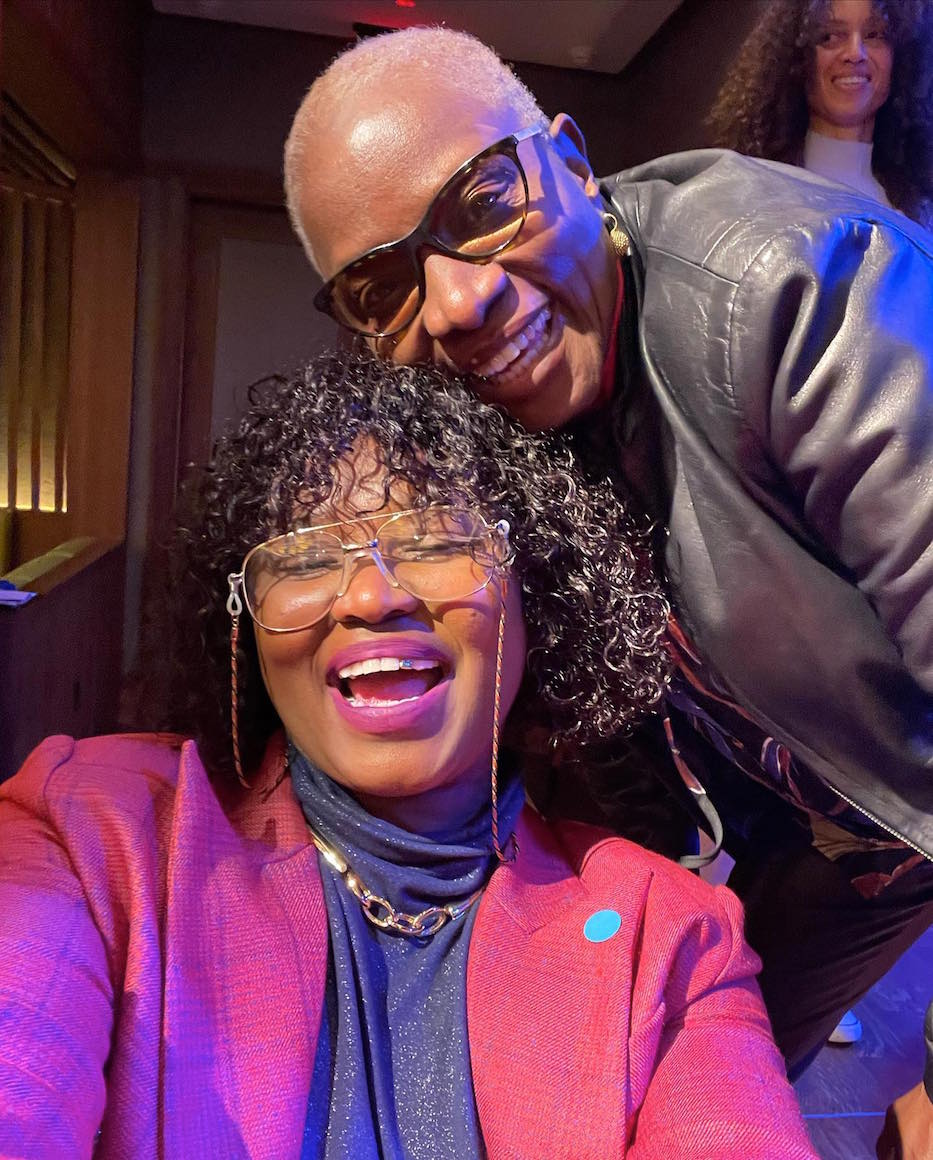 Last week, the New Haven-based musician Thabisa was in the audience as Grammy-winning Beninese musician Angélique Kidjo and her daughter, Naima Hebrail Kidjo, took the stage at the Underground at the Yale Schwarzman Center (YSC). The two discussed their new work "Yemandja: A Story of Africa.” Thabisa, who grew up in South Africa listening to Kidjo, Miriam Makeba, Benda Fosse and others, shares her reflection here.

To read more about the event itself, click here.

This is written in the artist’s voice, as told to Lucy Gellman. The text is excerpted from an interview done after the performance.

I completely adore Kidjo, and to be less than one foot away from her made it surreal. I used to sing in my house, and my grandfather would tell me “Uh uh. Too loud. Outside.” And I’d go outside, and the neighbors would say, “Uh uh Brenda Fosse. Back in your house.” They would call me Brenda Fosse, which was another idol of mine, and they would call me by her name, because I was mimicking her songs most of the time.

When I watched the television and saw people like Brenda Fosse, Miriam Makeba, or even Angelique Kidjo—[I felt like ] they were just for me. Kidjo, she was singing in a language I didn’t even understand. And she had a unique voice, a strong voice, a strong presence. You couldn’t just watch her and move on. You’d watch her and turn back again. You’d wanna say “What is she saying? What is this? What is she doing?”

Yemandja, it was such a pure moment of truth … which reminded me that we are all human. Looking at her in such close proximity made me feel like, ‘Oh, she’s human.’ The way she carries herself, she’s carrying herself in such a real way. It makes me feel so connected to her, and validates the way I am. Because I feel like I carry myself as a real human being ... constantly discovering myself.

So the experience for me was just a beautifully orchestrated reality.

What I got from the work that she is putting out there with her daughter and her husband … she’s passionate about it. It’s something that she really wanted to put out there in the world, to let people come in and understand a story of an African woman, a story of Africa. She was very clear to say that they are not necessarily trying to represent the entirety of Africa. They know their experience, and they want to put out their African experience.

They’ve got a wonderful, diverse family, and they wanted to share that piece of their world on a global stage. For me, that was important. I feel that whether I am an activist fighting with my comrades or standing with people in the community, fighting for all the different issues, I always remember that I can't just put everyone under one umbrella and say they struggle the same way.

We’re not a monolith. Black people definitely aren’t a monolith. And we have to examine stories and examine individuals or communities and see them as their unique selves and their unique issues. I felt that I could relate to that approach, that reminder that we are not trying to tell a story of all of Africa. Africa is so big to even comprehend.

Her core purpose in that play is to bring about ... to show the pain that’s been felt by people. To show the realities of enslavement, show what capitalism has done, even in the modern-day world. It challenges us to think about the modern-day enslavement that we are dealing with that we don’t feel or think is enslavement. She wants people to feel a sense of forgiveness.

I really related to what they were trying to achieve within the play. I felt a lot of validation as an artist seeing another artist try to put out a story that she really believes in. The work is complex, like life. At the same time, it will be easy enough to understand, because we all seek that part of humanity that we are losing, which is loving one another, which is forgiveness, which is just taking care of one another, and just reconnecting with the earth, mother nature, as well.

I think that what we can learn from the play, what Angélique wants to tell in that story, is going back to our humanity. It’s loving ourselves, loving our people, the nature around us, and just remembering as a people that we need one another. More than anything, learning that we need to forgive one another and treat each other with dignity and respect. You know? And that’s what I get from what they were telling us about the play.

What did I take from it? I think at the core of it all, meeting her and learning about her work. I have known [of] her from when I was a child singing her—this woman who was Black, no hair, and was just this young, strong vibrant force. I remember seeing this woman, like, with my jaw down.

Now, fast forward. This time around, I have my own dreams and I see the same woman still doing the same things at a global level. I think to myself, “anything is possible.” So at the core, really, I feel like anything is possible, and that I’m doing the right thing and I should never doubt myself, no matter how hard the environment can feel or seem, or no matter how hard people challenge me, or tell me the way I approach it is not it.

At the center of it all, I’m doing this for that five-year-old, that seven-year-old, that nine-year-old, that 12-year-old me that used to sing in my backyard and wanted to make something of herself. [I was] always envisioning people watching her and applauding her. And now it’s actually happening.

And the dream is still a dream. It's like, it’s a reality, but there’s more to dream about. It’s like the Russian doll—every time I open [it], there’s more. Also like an onion. Every time I peel, it’s still there. It feels like an unending dream. I feel that to my core, I should keep on doing what I’m doing, and never stop.