A Tale Of Three Masculinities 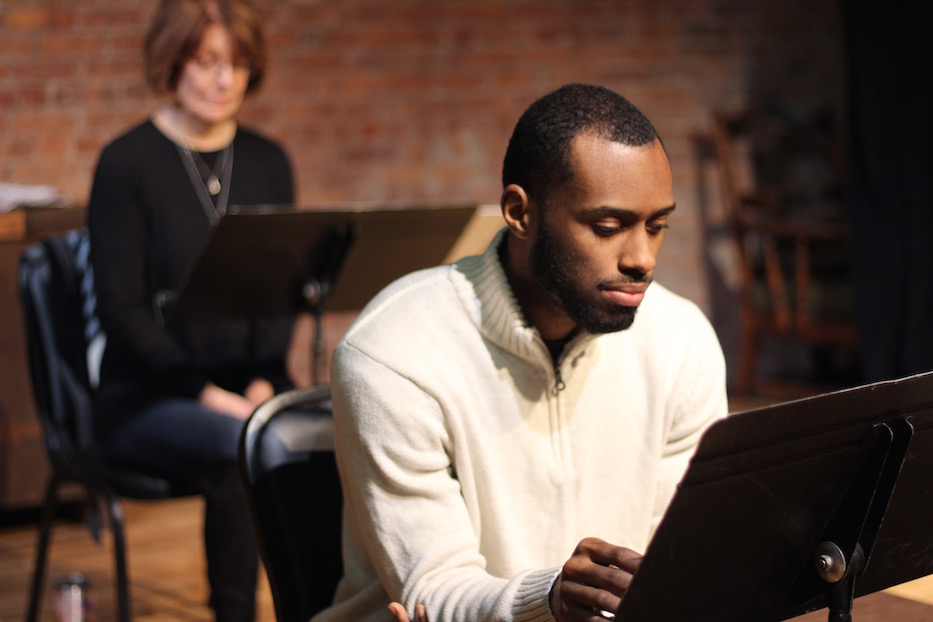 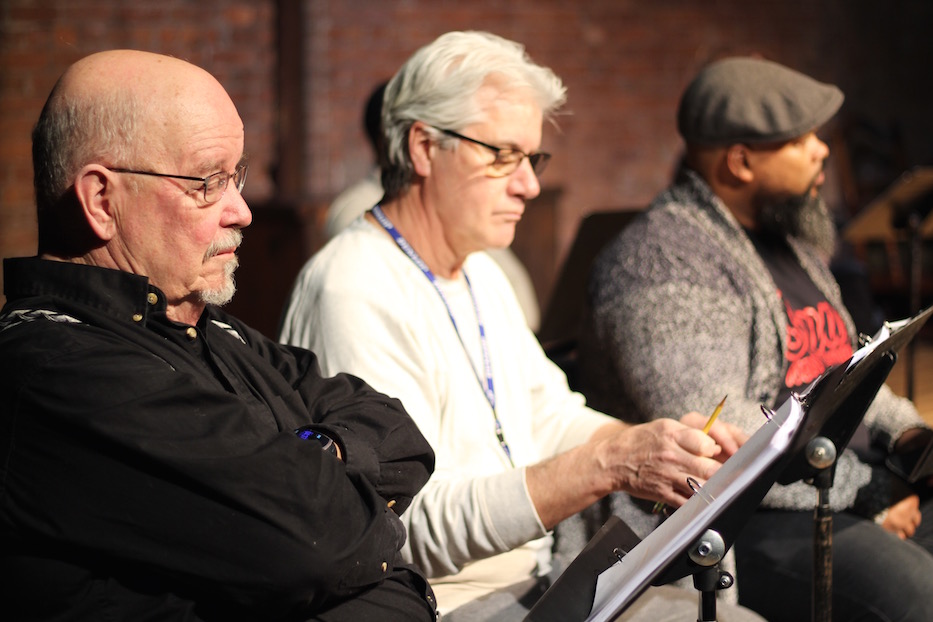 Evening, in a small apartment that could be in New Haven. Justin comes through the doorway, watching the fallout from a game of Uno. For a moment, the players don’t realize he’s there, as immersed in their argument as they have been in the cards they were dealt. Barbs get thrown, landing hard. Justin's gaze catches the audience: tenderness and severity and surprise. Then he breaks the silence, and the scene rolls forward.

This is the world of The Three Wisemen, a new two-act play from director, writer, and educator Christian Shaboo at New Haven Theater Company this week. Inspired by several of the men in Shaboo’s own life, the work runs Jan. 16 through 18 at EBM Vintage on Chapel Street. It is currently presented as a staged reading, with the hope that it will premiere as a full production in the fall or winter of 2020. Tickets and more information are available here.

As it unfolds over 70 minutes, The Three Wisemen tells the story of Justin (Solomon Green), a twenty-something still on the lip of adulthood. From the moment he enters, arms full of groceries, he’s so relatable it seems he has walked out of a nearby apartment and onto the set.

In his world, he is ready to propose to his girlfriend Ana (Ny'Asia Marie Davis), who has some news of her own that she needs to get off her chest. He’s dealing, fondly, with a meddling mom. He has been trying to figure out this masculinity thing for himself, which the audience learns through a series of interactions with his therapist Dr. McCoy (Aleta Staton).

And he has a secret: three “wise men” who live in a shared back bedroom, each of them from a different stage in his life. There’s the tender stepfather Allen (Eric Rey), who so clearly wants to do right by Justin but sometimes struggles with what that means. There’s Coach (George Kulp), an athletic coach perennially using sports metaphors (and twice, a very loud whistle) to get his point across. And there’s Justin’s biological dad Buddy (John Watson), whose sharp, sometimes crude edge gives way to tenderness when the audience least expects it.

The three nurture Justin together, blurring the line between blood and chosen family as they do. They give out advice in loving handfuls, sometimes bumping heads with each other as they do. They are well-meaning with plenty of missteps, the men that many in the audience may themselves know.

“It’s been really exciting,” Shaboo said at a recent rehearsal at EBM Vintage. “I’m really proud of who this has brought together. It’s been so cool for me to see people who represent different communities that I’ve been able to be a part of come together to bring this work to life.”

For Shaboo, the play has been several years in the making. Three years ago, the playwright lost his stepfather very suddenly. For close to two decades, he had been the father figure in Shaboo’s life, the person who could shepherd a young guy out of the rocky, liminal high school years and into early adulthood. In turn, Shaboo watched him grow into his 70s, the age at which he now thinks he’ll peak. And then one day, he wasn’t there anymore. 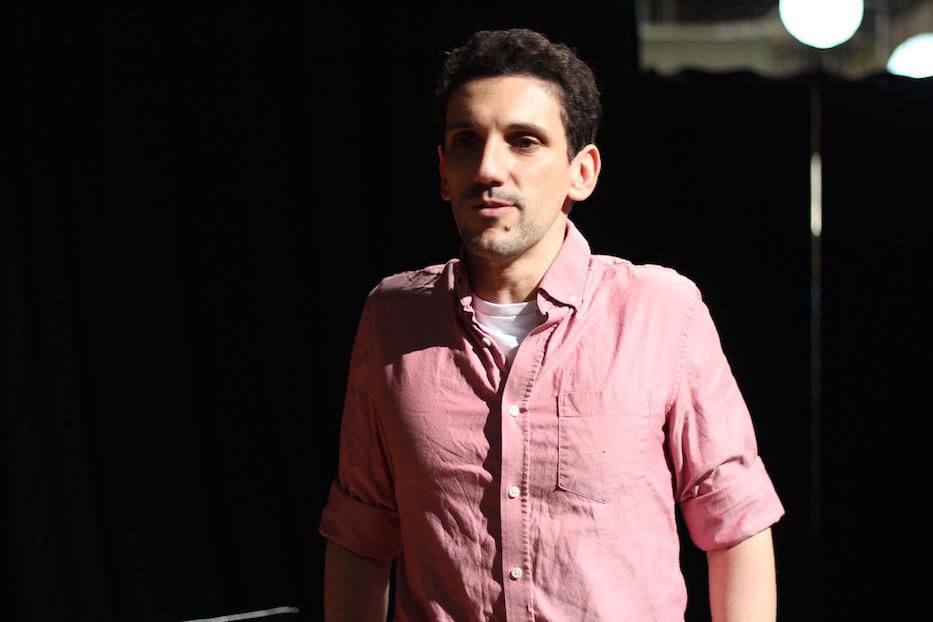 “He filled a void at an incredibly pivotal time,” he said at a recent rehearsal. “He was the father that I always wanted. And although that loss was sudden, and sad, and all of those things, it never felt heavy. What it did do was give me time to reflect.”

Specifically, it got him thinking about how the biggest male presences in his life—six or seven men whose words and life lessons had stayed with him, whose behaviors he had seen himself mimic—had never met each other. Instead, they had one thing in common: all of them were gone by the time he was in his early thirties.

“That felt really heavy,” he said. “That felt like a thing that I needed to do some processing around. In my mind, when I was younger, I’d always thought that one of them would always be around into my 40s, 50s, 60s, when I become an old man. That left me with a feeling of like, ‘do I know what I’m doing?’”

He started to wonder: what would happen if they had a chance to be in the same room, doing something as simple as playing a game of cards? What if they shared their knowledge not just with him, but also with each other? What if they had had the chance to raise him collaboratively?

He pictured them all around a table: his birth father, his stepfather, his granddad, the coaches and teachers and mentors who had left something with him even after they physically left the earth. 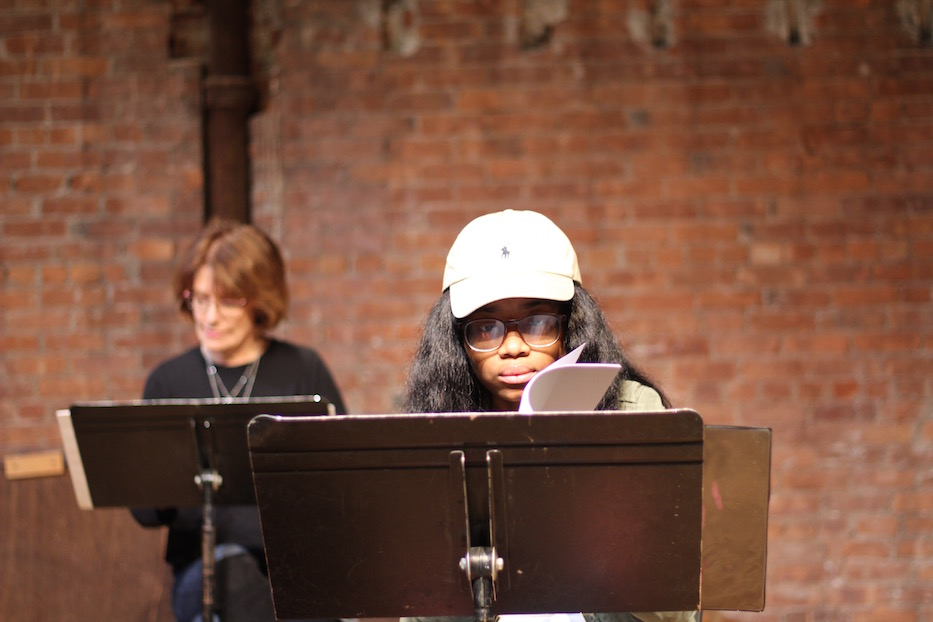 “If they were to meet, what happens there,” he said. “Of course there are going to be ways in which we mimic and present ourselves as the people who have been in our lives, good or bad. But there are also places where we fill in the gaps.”

In EBM’s back-room-turned-black-box, the cast has brought it very much to life. While the set is minimal—black music stands, simple lighting, and a few tables on which props are set—the audience can see Justin’s apartment come into being. As the three men speak, a weathered table springs up. There’s a well-loved, faded deck of cards the audience can see at the center, maybe still waiting for the next hand. A couch, living room, back bedroom and door all materialize.

Characters, a mix of NHTC members and new faces, do the heavy lifting here. As Ana, Davis pours herself into the role, filling it with anxiety and excitement that is palpable. Rey turns Allen funny and tender, totally himself with a sharp, sometimes porous edge that comes from somewhere else. Kulp is broey and clueless but also lovable; Watson plays the giver of misguided advice with panache but also softness. Credit is likewise due to narrator and NHTC veteran Susan Kulp, whose sense of timing keeps the work moving forward.

The result is a frank, punchy and propulsive work about the people, words, and wisdom (or lack thereof) that one collects in building a life. It feels fresh, soaked in a language of memory while still rooted firmly in the real world. Thanks to both Shaboo and to the cast, there's bitterness and sorrow there but also a great deal of humor, with turns of phrase that jump from Who's On First like wordplay to deep, gracious nods to Boyz II Men.

And while The Three Wisemen is deeply personal, it never feels weighed down by sentiment. Instead, Shaboo has explored what multiple masculinities look like—and how each of them can hold a complicated weight. He’s left the ending deliberately open-ended, with a conclusion that feels like an invitation.

“I am confident in who I have chosen to be, who I’ve been influenced to be,” he said before a recent run-through of the show. “And also confident in the fact that I’m always going to be evolving. I hope that that’s true.”

Written and directed by Christian Shaboo, The Three Wisemen runs Jan. 16 through 18 at EBM Vintage, located at 839 Chapel St. in downtown New Haven. Tickets and more information are available here.