An Artist Goes To Bat For Cedar Hill Voters 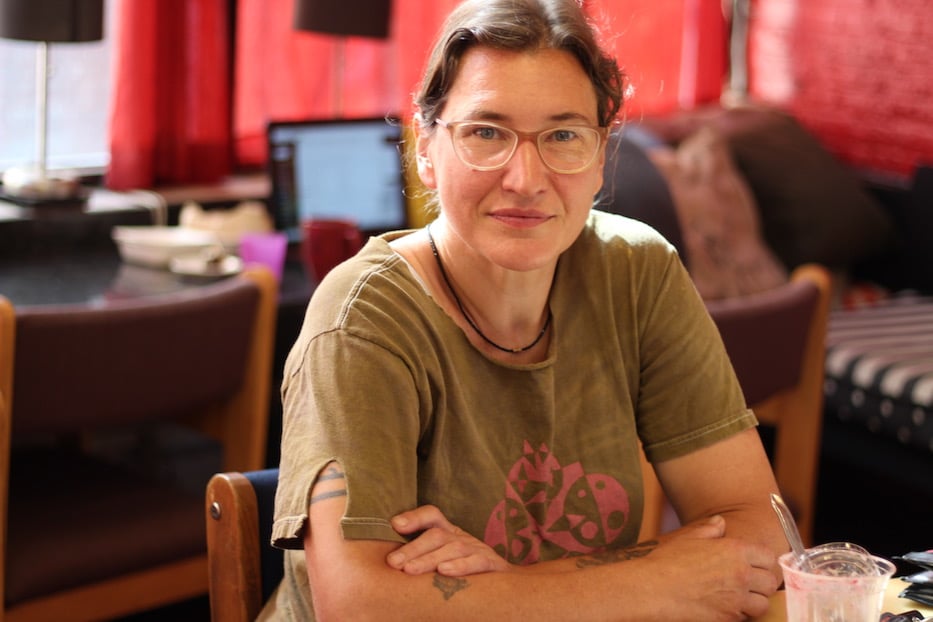 What will mayoral hopeful Justin Elicker do for Cedar Hill? What's Mayor Toni Harp’s plan for the same neighborhood? If residents catch the question on a lawn sign before Sept. 10, are they any more likely to vote in the Democratic mayoral primary?

It’s a question artist Alexis Brown is asking with a new, nonpartisan GoFundMe campaign targeting residents of the eight-block, 180-home neighborhood known as Cedar Hill. If the campaign is successful, Brown plans to design and order 20 lawn signs for the neighborhood, which she sees as one of the city’s most neglected. As of Friday, the campaign had raised $100 out of a total $250 for which she is asking.

“My thinking is that this might call some attention to the problem and tell the residents that someone cares,” she wrote in the initial release of the campaign. “There are too many neighborhoods in New Haven that the powers that be pretend aren't there. It's too easy to just take care of the Yale-dominated neighborhoods. Newhallville, The Hill and Cedar Hill never seem to get the attention they need.”

In particular, Brown said she wants to see more municipal support to Cedar Hill, where she tends a garden close to Bishop’s Gate Tavern on State Street. There almost every day, she’s witnessed some of the property crime, drug traffic, illegal dumping, prostitution and ostensible municipal neglect that residents have been complaining about for years.

Partly a product of urban renewal, the quiet, tree-lined neighborhood is largely cut off from the rest of New Haven by State Street on one side, East Rock Park and English Drive on one side, and Interstate 91 on another. Streetlights have gone out and not been replaced for months. Homes aren't kept up to code. On the lip of a mayoral primary, she said she wants to raise awareness that there’s something residents can do about it. She doesn’t care who people vote for—she just wants them to vote.

“There’s a lot of desperate souls wandering around [the neighborhood],” she said in an interview at Koffee? on Audubon Thursday. “Toni is pro-police. Elicker is like, ‘let’s bring up the people.’ Those are great soundbites and all, but there’s no structure around it. There’s a primary in September, and you don’t see much in the neighborhood.”

“The people who need to participate aren’t participating,” she added. “I’ve come to the idea that you don’t criticize something unless you offer solutions to it.”

For Brown, those solutions mean simple, black-and-white lawn signs placed at the neighborhood’s points of entry, particularly State and Ferry Streets. In part, it's an expanded version of what neighborhood activists are already doing with decorated sandwich boards, asking residents to respect the neighborhood at several of its points of entry. Using the candidates’ respective fonts (see their logos here and here) she plans to print two versions of the same question.

So far, Cedar Hill neighborhood that has gotten minimal airtime in the election cycle, although Elicker represented the neighborhood during his time as Ward 10 Alder. In May, he invoked Cedar Hill cheerleader Kennya Adams-Martin in a candidate forum at Celentano School, and has praised longtime Cedar Hill advocate Ms. Betty Thompson for her decades of work in the neighborhood.

While Brown now lives in Hamden, she said the campaign comes from a love for the neighborhood and for New Haven, where she was raised and returned after art school in Chicago. As a gardener and multimedia artist—she runs the business Heliotropic Gardens—she has “a fantasy” of an outdoor gallery for that neighborhood. In the meantime, she’d just like to see a cleaner, safer version of it.

“State Street has so much potential,” she said, noting both the birth of District and relative stagnation of the property at 1175 State St. “The mural is beautiful, but it’s lipstick on a pig. Like, Baltimore is covered in murals. What does it do?”

Reached Friday morning by phone, Cedar Hill activist Camille Ansley said she was so excited to hear about the project that “I’ll literally provide the other $150.”

“If her message is to get people to have this conversation, I'm all for it,” she said. “We need to start empowering people to vote, one way or another. I don't care who you vote for. I want you to vote. And I want to put the fire to all of the candidates.”

To learn more about the campaign, visit the GoFundMe page.