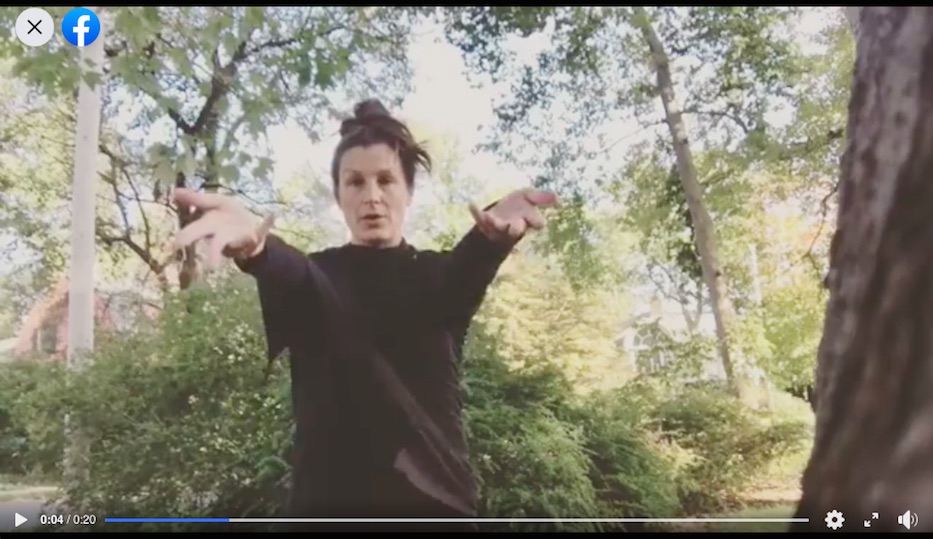 Alexis Robbins stands alone in the white-walled studio, feet spread apart. A window is propped open behind her, exposing the velvet blue of night. She places her right hand to her chest, fingers fanned out as far as they’ll go. She steps forward, an offering. Arms extend. They look as though they are holding a precious and delicate weight.

“I vote for our voices to be heard,” she begins, feet whooshing across the floorboards. Knees bend. Her arms are a blur. “I vote for womxn’s reproductive freedom. I vote because Black Lives Matter. I vote because human activity is causing the climate to change and we need to act now.”

She jumps, and is airborne. “I vote because healthcare should be a human right and not a luxury.”

Robbins is one of a handful of dancers in the state—and over 200 in the country—pledging to #DanceTheVote as she heads into election season. The initiative is a collaboration between National Water Dance founder Dale Andree and dancer, ecologist and educator Jamē McCray.

After starting with the same physical and verbal phrase—“I vote for our voices to be heard,” with one hand to the chest and a foot forward—dancers move and speak through what they are voting for this November. Works from across the country have popped up on Facebook and Instagram, with the intention of increasing voter participation.

“We’re challenging you to get registered, committed, and ready to vote in this important upcoming election,” McCray said at the launch of the project. 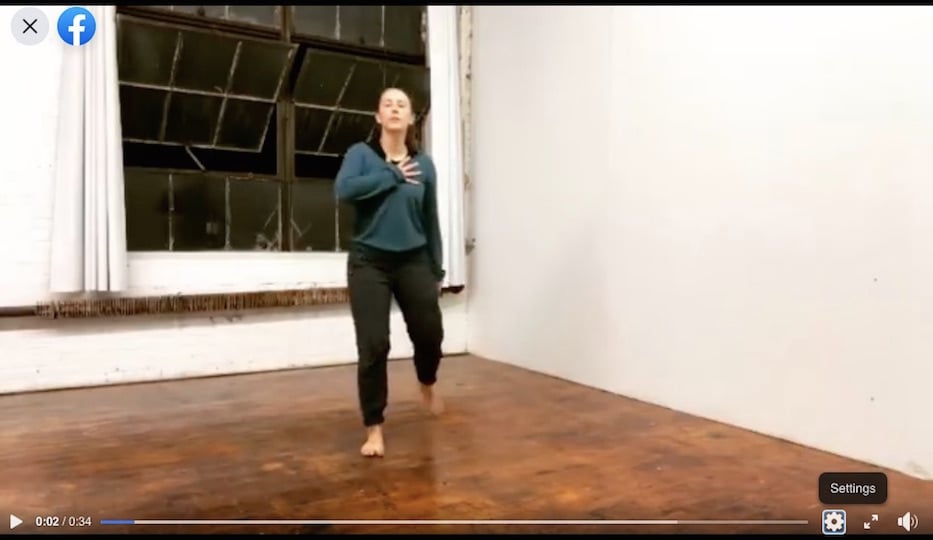 Robbins, who practices and teaches rhythm tap out of her home and Erector Square studio, jumped into the prompt with both feet. This year, she grew her political footprint while phone banking for Justin Farmer, who ran a progressive grassroots campaign for State Senate through August. In addition to dancing the vote, she is also working to get out the vote with Swing Left, calling voters in swing states that played a decisive role in the 2016 presidential election. She said that Florida is on her list.

“Is it possible to not be political?” she asked aloud in a phone call Thursday morning. “Not really. As a human and an artist, I don’t think so. Human life is at stake at every corner. And I want to make it clear that I value human life, and all human lives.”

In her practice, she said, she also works to decenter whiteness by talking about the history of tap, which finds its roots in both West African music and dance and the painful exploitation of Black bodies for white profit and entertainment in America, in nineteenth-century minstrel shows.

“I would be doing a disservice to the tap community if I wasn't teaching this history,” she said. “Of course it depends on your artistic discipline and what you study, but it's pretty tough to be a movement artist and not be political. As someone who practices a Black art form, it's ridiculous to not be political at this moment. Black bodies are constantly on the line. They are in danger.”

In addition to dancing against white supremacy and for Black lives, Robbins is dancing for universal healthcare, reproductive freedom, renewable energy, and a candidate who will acknowledge and act on the human-made threat of climate change. In her own life, she and her partner have worked to reduce how much plastic they use and buy products locally when they are able to.

On Nov. 3, they plan to vote in person. They are still trying to decide whether or not to volunteer at the polls.

“Especially right now with the craziness of the world, I want to feel like I’m using whatever tiny amount of visibility on social media I have for good,” she said. “I hope someone saw it and was inspired to register and to go to the National Water Dance to find out more.”

In Hamden, Elm City Dance Collective Co-Founder Kellie Ann Lynch found time—just 20 seconds, recorded in a sun-soaked yard—to #DanceTheVote while caring for a newborn and her young daughter, Wilhelmina. Like Robbins, she said she sees the arts as inherently political, particularly at a time when dancers and movement artists are still largely unable to gather in person and the arts continue to face economic losses from COVID-19.

“I vote for all voices to be heard,” she wrote with the 20-second video. “I vote to honor the past voices who fought for change and I vote to be a present and future voice who continues to fight for change. Will you join me in the challenge and encourage people to vote?” 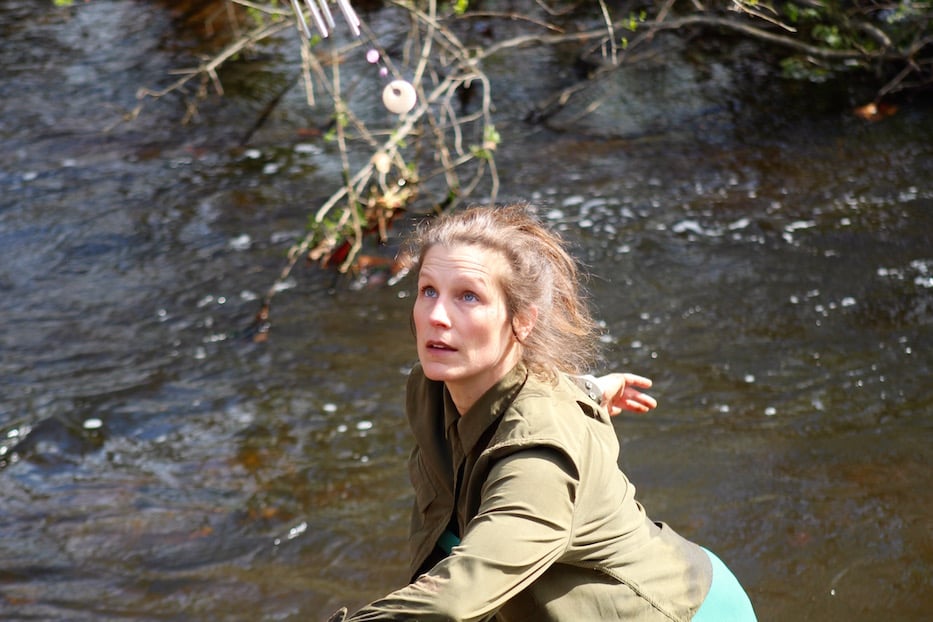 Lynch said she is also voting for the future of the arts. At the end of September, Americans for the Arts reported $13.9 billion in losses to cultural organizations, based on 19,100 responses to its COVID-19 impact survey. Of almost 23,000 individual artists who responded to an additional survey, 63 percent reported full employment and 95 percent reported loss of income. Black, Indigenous, and other artists of color were affected at a rate higher than their white counterparts.

In the weeks leading up to the election, Lynch also plans to volunteer with Vote Forward, an organization that spearheads letter-writing efforts to increase voter participation. While she praised absentee and mail-in voting efforts, she will also be voting in person on Nov. 3.

“I want to see my ballot go into the box,” she said. “There is something about being physically present for me that is very important. I want to embody voting. There is this desire and even this stronger kind of fire inside of me, that is like, no, you must be there in person. You have to experience it. The follow-through of putting the ballot inside the ballot box.”

"Dance is political," she later added. "Dance is reactive and dance intimately reveals humanity. Though artists, especially performing artists, are struggling right now, our resiliency and resourcefulness is creating scaffolding for something new. For now, we must sit in the cocoon and transition from what once was."