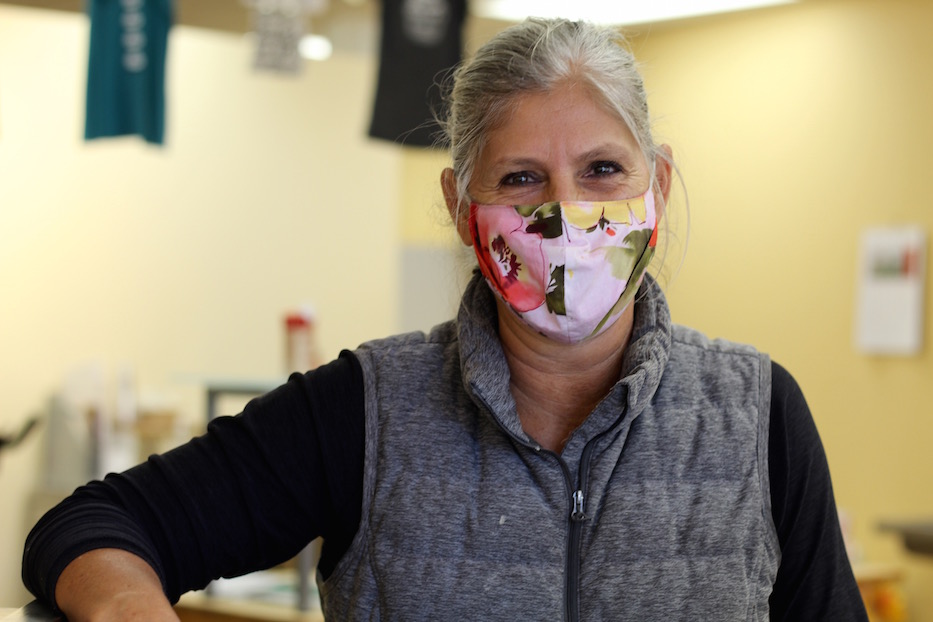 Maybe it’s the red-pink color, punctuated with flecks of nutmeg, that catches you off guard. Or the delicate swirl of gold-tinted frosting on top. Get close, and the scent of burnt sugar mingles with a sharp, momentary whiff of brine and cured meat.

The nutmeg-kissed tomato base—which makes the cupcake moist, although customers often confuse it for pumpkin—is a nod to both New Haven’s love affair with pizza and Connecticut’s long-standing nutty nickname. The dulce de leche frosting references New Haven’s Latinx community. The bacon is meant to conjure “the saltiness of the harbor” on which the city sits.

“I wanted to pull together and reference different parts for New Haven,” she said in a phone call Wednesday night. “New Haven is not a homogenous place, and I wanted to reflect that. It is exciting, and I do feel kind of proud that my baking prowess is acknowledged by someone else.”

At 25, Tubis has spent the bulk of her life inside New Haven’s arts institutions. As a kid, she took art and theater classes in the city, and later volunteered at Neighborhood Music School as an organizer for its Audubon Arts summer program. She made it her mission not to miss a single summer of Elm Shakespeare Company’s performances in Edgerton Park. 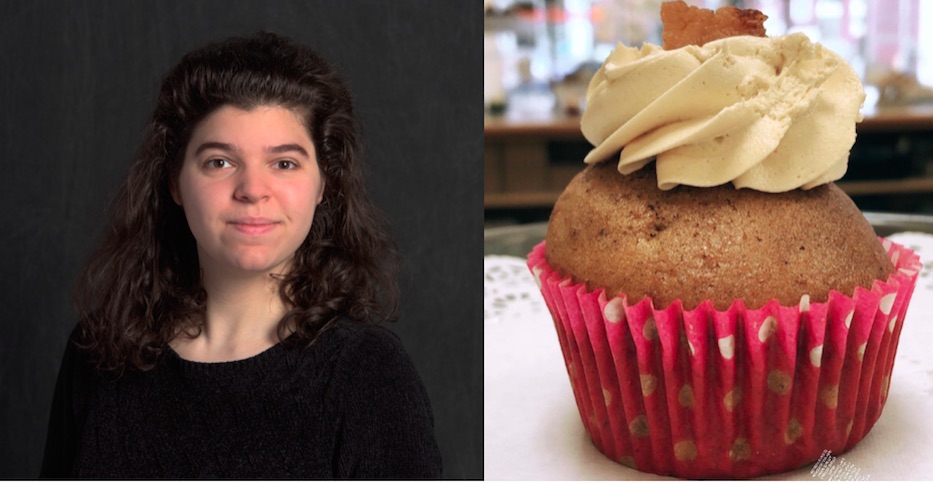 After finishing a degree at Mount Holyoke College in 2017, she returned to the city. She now works for the Beinecke Library, where her professional life has been largely remote since early March. As an avid home baker, she was intrigued by the cupcake contest. In her own kitchen, she has perfected lemon bundt cakes and galettes that have become harder to share with colleagues in the midst of COVID-19.

“I started thinking about my favorite cupcake flavors and things I would want to eat,” she said. She had heard of tomato spice cake—Cambell’s soup has been pushing the recipe since 1942—but had never made one herself. She sent off the idea to Riegelmann, who started experimenting as entries for the contest trickled in. She was delighted when it won.

“I hope it serves her well,” she said. “I will definitely be reaching out to the bakery more frequently in the future.”

For Riegelmann, the contest has been a sweet spot in a difficult year. When Katalina’s was forced to close in March, Riegelmann started applying for federal aid while baking hundreds of treats for doctors, nurses, and staff at Yale-New Haven Hospital. In April, she launched an option for curbside pickup a few days a week, while still working to send weekly bursts of sweetness into the hospital.

She added cupcake and pop tart decorating kits to her rotation, and hoped that it would be enough to keep the lights on. When her doors reopened in the spring, she tried out a few small classes with masked attendees and extra precautions. She added more Hungarian sweets to the menu as an homage to her heritage. She said that the treats are also a comfort to her: she’s can’t travel to Hungary anytime soon due to the pandemic. 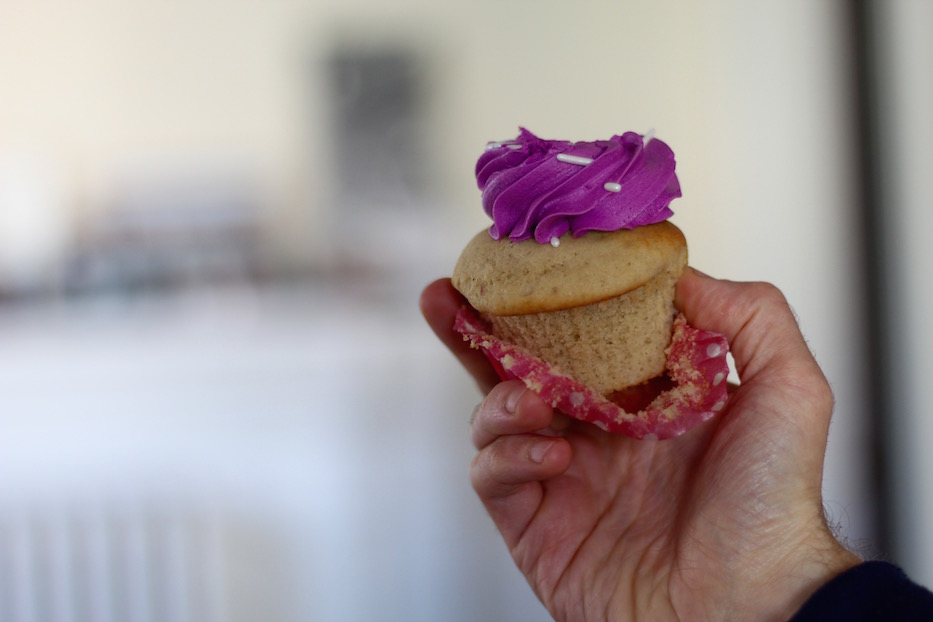 The Earl Grey lavendar, another entry that Riegelmann is piloting this month. Lucy Gellman Photo.

As the temperatures drop, she’s hoping that business picks up for the holidays. She is preparing pies and boxes of Hungarian desserts, and old-school homemade treats like Twinkies and Hostess cupcakes to go. She praised both reliable customers and her landlord, Yale Properties, for “helping me to keep my doors open.”

“We are steady, slowly but surely,” she said. “It’s quieter than I would like it to be. I don’t know who is giving out Christmas presents this year. But hopefully people will see us on Instagram and think ‘oh, that’s a good idea.’”

Despite a slower year, near-daily batches of the “New Haven” have been selling out. Riegelmann makes the cupcake with pureed diced tomato and spices that accompany the flour, eggs, sugar and other ingredients she uses in every batch. The sweetened cream cheese is whipped until it becomes airy, and infused with a sweet caramel flavor that turns it a warm, light yellow. Tubis joked that it’s a stretch, but the bacon on top may look like wood shavings for the Elm City.

While Tubis’ submission may have taken the cake, Riegelmann said she plans to put several of the other entries in rotation in the next months. Wednesday, two neat rows of Earl Grey and lavender cupcakes waited patiently behind a glass case, their purple frosting almost glowing. Next week, she plans to pilot an entry from a seven-year-old that she is keeping secret until then. The New Haven is in the shop, in a limited quantity, most days of the week.

“Just come,” she said in response to what she’d like New Haveners to know about the shop. “Keep me alive.”