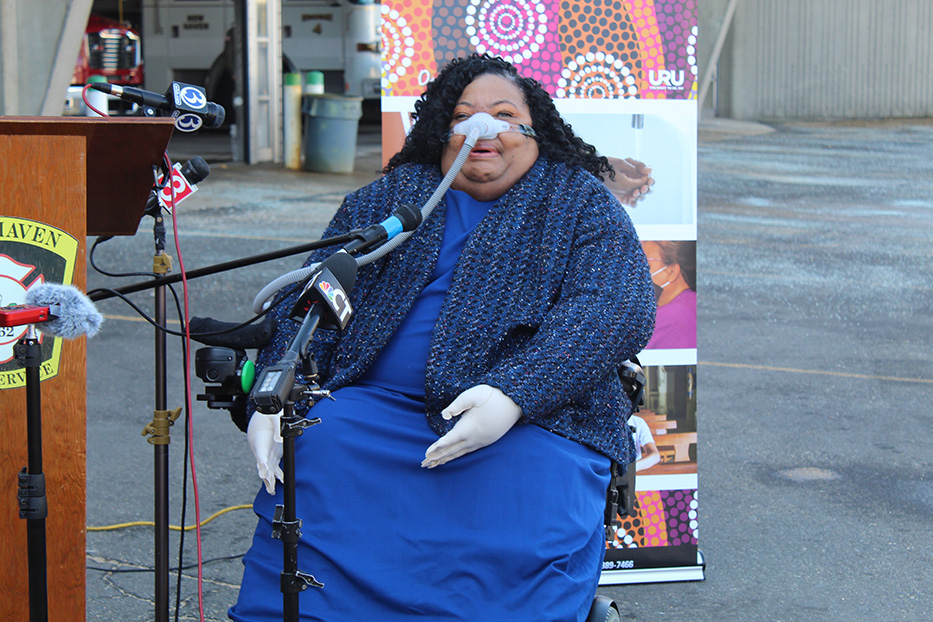 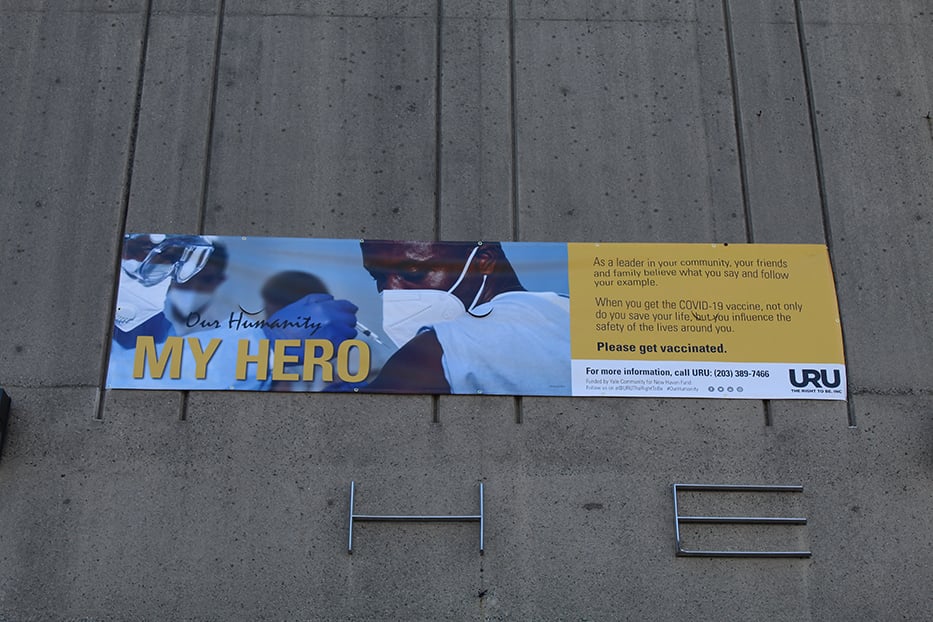 The URU  The Right to Be Inc. banner hangs outside of the New Haven Fire Department's (NHFD) Grand Avenue headquarters and reads "As a leader in your community, your friends and family believe what you say and follow your example." Arturo Pineda Photos.

A massive blue and yellow banner now hangs outside of New Haven Fire Department's Grand Avenue headquarters. On its left, a doctor holds a syringe over a patient's bicep, ready to give them a dose of the Covid-19 vaccine. On the right, small print encourages community members to get vaccinated. The text reads: “ When you get the COVID-19 vaccine,  not only do you save your life but you influence the safety of the lives around you.”

It’s part of a new citywide initiative to stem the spread of Covid-19 and increase vaccination efforts as New Haven enters a full year fighting the virus. Wednesday, URU The Right to Be Inc. announced that it will partner with the City of New Haven and 10 firehouses across the city as part of Our Humanity, a nationwide campaign to prevent and reduce Covid-19. URU Founder and Executive Director Crystal Emery delivered that news with  members of the New Haven Fire Department (NHFD), city officials, and religious leaders outside of NHFD headquarters at 952 Grand Ave.

“If you don’t get vaccinated there is no future for our community,” Emery said. “I am specifically talking about and Black and Brown people.”

The campaign looks to firehouses as informational hubs. They were selected because of their accessibility to the community and history as safe spaces, said Emery. Her own father was one of the first Black firefighters in the city of New Haven.

First, the 10 firehouses included will provide educational materials on Covid-19 prevention and vaccination. Many will also display large informational banners in Spanish and English outside of the buildings. The announcement comes after the city announced a proposed “Crisis Budget” that would shut down the fire station at 350 Whitney Ave., as well as the Mitchell Library branch and the East Shore Senior Center.

The initiative also plans to work with houses of worship and gathering spaces, including stores and salons. URU has ties with over 200 churches across the state, and has been hosting virtual town halls in Spanish and English that link Black and Brown community members with medical professionals of color. 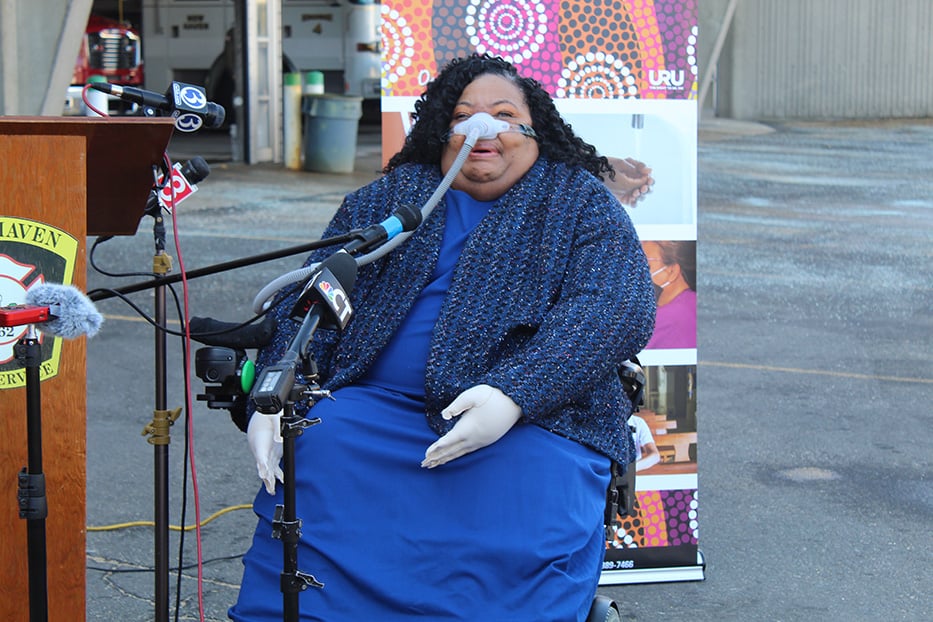 The initiative is designed to target Black, Latinx, and Indigenous communities who have been disproportionately impacted by Covid-19 and may have apprehension about the vaccines. Pastor Darrell Brooks, pastor at Beulah Heights First Pentecostal Church, noted that those concerns have a deep historical context. Apprehensions that spring from medical apartheid and a history of segregated, experimental medicine may lead to a lack of faith, especially in the Black community.

“I am the first to say that it is vitally important that we educate folks about getting this vaccine and being part of the course of changing what’s happening to our communities,” he said. “You are doing a good deed for your neighborhood and community.” 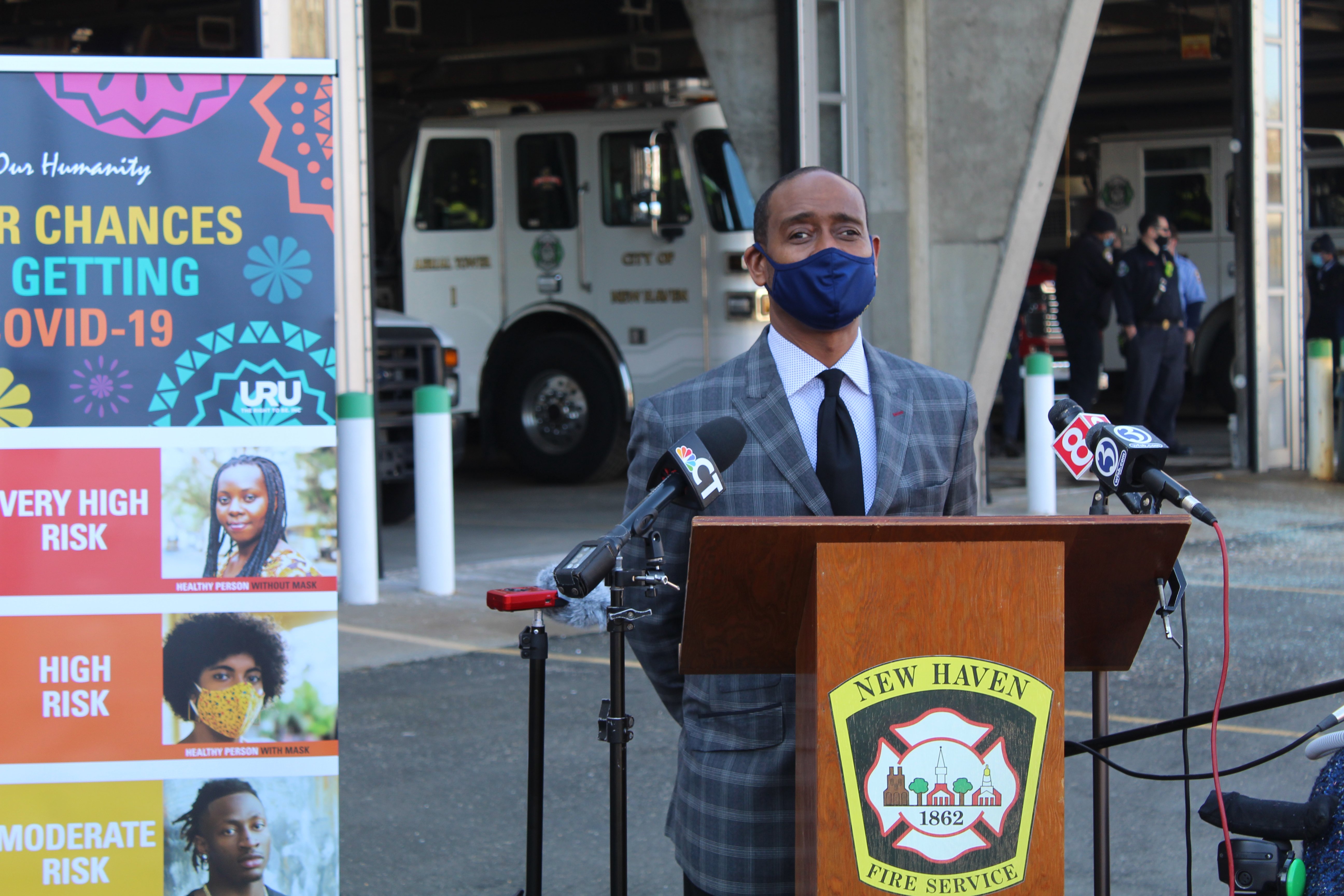 As part of the campaign, banners and education materials will be placed in churches, senior centers, and community centers. In addition to churches, the information will also be plastered on CT Transit buses and banners hung on major streets including Whalley Avenue, Dixwell Avenue, and Grand Avenue. Some of the materials have already been rolled out.

The campaign will also extend into local businesses like hair salons, corner stores, and other popular places in the community, said Meredith Benson, the executive director of the education program of Our Humanity.

“There is more work to be done but that is why URU is in this space,” she said. “We want people to have the best information to make the best decisions.”

Mayor Justin Elicker announced plans to host further pop up vaccination sites at churches, senior centers, and assisted living facilities, particularly in communities of color, to ensure that vaccination distribution is equitable. He also underscored citywide vaccination efforts, in which over half of the city’s 3,500 educational personnel have received a vaccine dose.

A photo of some of the materials that will be displayed on CT Transit. Photo courtesy of Crystal Emery.

Firehouses were also selected as part of the initiative because of the historic role they have played and continue to play in providing medical services to community members, added NHFD Chief John Alston. Currently, 84 percent of services provided by the firehouses are medically related, said Alston. People who may not have cellphones or access to transportation often frequent the firehouse because it is easily accessible.

“We want to promote increased awareness to the degree that people know that we are not out of it,” he said. “You can still cause harm. The evidence is there.” 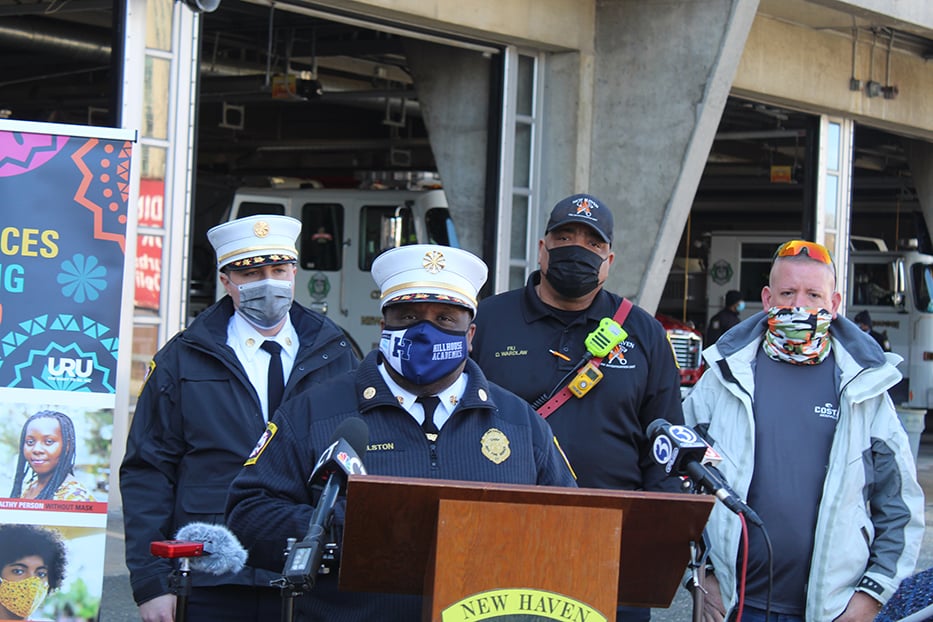 Center: Chief John Alston addresses the crowd emphasizing the importance of firehouse stations in the community.

He added the firefighters in particular have been placed in difficult situations during the pandemic, as they have needed to enter spaces where people have Covid-19. As a result, entire stations have had to quarantine at a time to prevent the spread.

According to the Centers for Disease Control and Prevention (CDC) a person is not fully protected after the first shot and requires a second dose at least three weeks after the initial shot. It takes up to two weeks after the second shot for the immune system to develop the necessary protection against infection. Even after vaccination, people should continue to wear masks, even double-masks, to prevent the spread of Covid-19 to other people.

Find out more about URU's town halls here and more about the "Our Humanity" campaign here.