Connecticut’s Curators Look To The Future 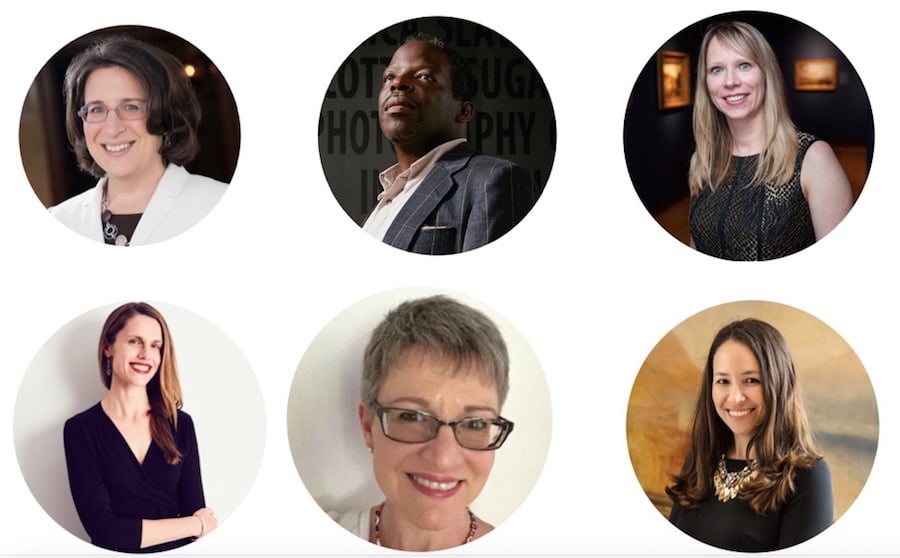 These were just some of the fixes proposed to a slow-to-change museum system Tuesday night at the Yale Center for British Art (YCBA), where representatives of the Association of Art Museum Curators (AAMC) gathered for “In-Conversation: Role of Arts Organizations,” a panel and audience discussion that was part of the association’s regional “In Conversations” series. Around 30 attended.

“We thought this was a particularly relevant topic right now, given the tremendous shift in recent years in how museums see themselves in the way they serve and engage their communities,” Hargrave said at the beginning of the evening.

She painted two kinds of museums for the audience. On one side were traditional, old-school institutions, run by and intended for specialists, with a focus on “collecting, preserving, interpreting and presenting works of art and educating the public.” These, she suggested, were (and sometimes continue to be) institutions that have historically doubled as a voice of authority in their communities, handing down knowledge to members of the public instead of opening a dialogue with them.

On the other side are museums that choose to be flexible under the pressures of changing demographics, new visitor expectations and needs, falling rates of membership, a decrease in funding, and brain drain that has hit Connecticut hard.

“Among the roles museums in today’s society can play are repository of art, culture and history, educator, incubator of creativity, a democratic institution, collaborator, community center and leader, agent of change, social service institution, refuge, and connector,” Hargrave said.

Despite a focus on equity and inclusion, panelists did not dig deep on the subject of equitable hiring practices, revising institutional language, board leadership, or how to break through the myth of museum neutrality.

The first to speak, Maylone noted a new practice at the Aldrich—using the museum as both an exhibition and studio space. In Helena Hernmarck’s current exhibition Weaving in Progress, the artist works at the museum three days a week, peddling away at her loom as she sits surrounded by bright boxes of wool. Almost immediately, Maylone noticed a rise in visitor engagement.

Others stressed the importance of rock-solid community partnerships, particularly those that may initially seem new or nontraditional. Noting a palpable town-gown divide that permeates Yale’s campus and the YCBA, Reynolds-Kaye suggested looking inward at one’s own institution, breaking down hierarchies between senior, often white, museum staff and maintenance and operations staff and security guards. She urged fellow museum professionals in the room to get involved in their communities, from attending community management team meetings in their neighborhoods to going to speak at the Board of Education, as she had for Elm City Montessori earlier that night.

As a funder in the Office of the Arts, Shapiro said she likes to see proposals that feature unexpected collaborations, pairing museums with preschools, social service organizations, and even religious institutions. She praised efforts to bring new people to the museological table and decentralize knowledge, even if doing so turns the concept of expertise or connoisseurship on its head.

“We tend to think that our curators—and I say this with a lot of caution in this room—know the best and the right way to present objects to the public,” she said. “And I think it’s been shown time and time again at our institutions that as soon as you open access, people see objects … different people see the way to put together objects differently. And I think that’s one of the key benefits of opening the museum to everybody.”

She gave two examples from her own work—the Prudence Crandall Museum in Canterbury and Old New-Gate Prison & Copper Mine in East Granby, both of which are operated by the state and rethinking their roles. Since reopening this year after nine years of renovation, the prison has been ground zero for new partnerships with Hartford- and Connecticut-based voices on prison reform and reentry. Meanwhile, Shapiro has been reshaping the narrative around Crandall—who integrated a school much to the town's protestations, and only after a woman of color pushed her to do so—to talk about inherent bias and a history of racism in the state.

Mitchell jumped in to speak about the work that the Amistad Center does with both traditional and nontraditional exhibition spaces in the Hartford area and around the state. In addition to curating shows within the Wadsworth Atheneum—a practice that brings all sorts of baggage with it—he said he has come to treasure unexpected spaces, like a series of YMCA facilities that hosted a show called Question Bridge: Black Males a few years ago.

“I was inspired by that to think about how to partner more with the Ys, and see them as gallery space that could also bring a different voice to [what] people who spend a lot of time there are doing,” he said. “Are there projects we could do that could be Y based that would give people a sense of history and community, an opportunity to talk with elders … to have instruction around art.”

If museums still need a collaborative model after those examples, he and others added, they already have one in public libraries (“they’re a great gateway drug to museums,” Shapiro said). As they’ve faced growing social need, libraries have remained nimble, transitioning from great repositories of knowledge into maker spaces, gathering spots, cafes, part-time social service organizations, job training centers and community-based art galleries.

“The community trusts them,” said Reynolds-Kaye, adding that she's working to collaborate more with the New Haven Free Public Library's five branches as a way to bridge community. “They open their doors for community meetings. Their hours are 12 to 8 p.m. I think there’s so many things that we can learn.”

How To Be In It For The Long Haul

As the panel wrapped up, Reynolds-Kaye gave one more piece of advice: look to millennials. She praised the undergraduate gallery guides and students interns she works with each week, noting an upcoming exhibition on contemporary Native North American Art that three undergraduates are curating at YUAG in fall 2019, that took “a lot of effort to get off the ground.”

While some older museum professionals are still looking up the word “intersectionality” in the dictionary, she suggested that these younger ones have a lot of it figured out. The anti-bias, anti-racism work that she sees in her kids’ school? They’re already trying to figure out how to apply it to collections, in a way that curators haven’t really touched since the YCBA was completed in 1974.

“I think our students are the heart of the university, and they have absolutely transformed my life,” she said. “They’ve transformed the department, and I think they’re on the way to transforming museums … I think that they are absolutely changing the way that we see artwork.”

Shapiro gave another suggestion: don’t assume there’s a tension between young, millennial viewers and traditional older ones. Noting the state’s READI (Relevance, Equity, Access , Diversity, and Inclusion) initiative, she noted that audiences may think they know what they want to see or hear, but they don’t always actually know what they want. Chances are, they’ll take a chance on something that is put in front of them.

And so will young people—but museums need to start them early. Very early.

“We should all be in it for the long haul. So what we need to do is start with kids, and we need to follow them. We need to figure out what we’re doing that’s right, and where we’re missing the mark … we don’t know how it’s working out in the end. We only see it when it fails.”